Ranveer Singh was missing his shooting days and shared a throwback picture from the sets of his movie, 'Dil Dhahdakne Do'. Deepika's comment on the same unveiled some old secrets!

Their love story had started to blossom on the sets of the iconic film, Goliyon Ki Rasleela: Ramleela, though 'Leela' was a little sceptical, for the idea of love had still scared her, given her past experience. But 'Ram' had fallen head over heels in love and had never made an attempt to hide his feelings for his 'Leela'! His forthcoming nature and his frivolous attempts to woo her every now and then, had made his 'Leela' fall for him and thus, 'Ram' and 'Leela' had become 'Ramleela'! An amazing love story, right? Maybe this is why little, sweet anecdotes pertaining to the time when Ranveer Singh and Deepika Padukone had started dating, still make headlines. Scroll down to know one such story! (Recommended Read: Smriti Khanna Shares A Cute Picture Looking At Her Little Doll, Anayka In Wonder, Her Pet Reyo Poses)

Recently, Ranveer Singh took to his Instagram handle and posted a throwback picture of his blockbuster film, Dil Dhadakne Do's shooting, recalling the good old, 'lights, camera, action' days! As much as we enjoy Ranveer's quirkiness and his fun charades, this time, what attracted our attention was, some comments, which gave way to age-old rumours! Confused? Let us explain. The context of this story goes back to the days when Dil Dhadakne Do was being shot on a cruise ship. Now, at that time, the power couple of Bollywood, Deepika and Ranveer were not married, and there were rumours that Deepika was on the cruise while Dil Dhadakne Do was being shot, to be with her then-beau, Ranveer Singh! These rumours had raised heads after Deepika's pictures with crew members from the ship had surfaced on the internet! Scroll down to know whose comments have confirmed these rumours! 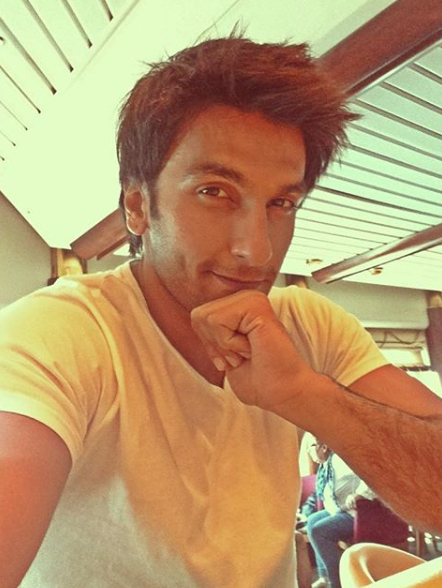 Even though Deeepika's pictures with the crew members of Dil Dhadakne Do from the ship was all over the internet, no one had come forward to confirm/deny the news. And the speculations had died over time. Now, those conjectures have wound up again because of some comments on Ranveer's picture. Ranveer Singh captioned the picture as "5 years of #DilDhadakneDo" To which, film's director Zoya Akhtar commented, "Take me back" and, guess who replied to Zoya Akhtar's comment! Yes, none other than, Ranveer Singh's darling wife, Deepika Padukone! On Zoya's comment, "Take me back", Deepika Replied, "Me too" followed by a kiss and heart emoji! Deepika's comment has rested the speculations and confirmed that she was indeed, on the ship while Dil Dhadakne Do was being shot! Check out the screengrab of comments below:

The most popular and loveable couple of B-town, Ranveer Singh and Deepika Padukone's amazing love story consists of a lot of anecdotes involving Ranveer's frivolous attempts to woo Deepika. As he was head over heels in love with her, only in a few days of getting to know her, while Deepika had taken her time! Recently, in an Instagram live session with the ace footballer, Sunil Chhetri, Ranveer had talked about how his father had scolded him for spending so much money on flowers for Deepika. He had said, "I remember my father once turned around and said, ‘do you realise how much money you are spending on flowers?’ and I replied, ‘Laxmi ke avatar me chappar faad ke aayenge (she’ll be an avatar of godess Laxmi and money will rain on us).’ I used to feel that she is way away from my league. So, I did everything during the courting period." (Also Read: Jackie Shroff Wishes Wife, Ayesha On Their 43rd Marriage Anniversary In Unique Style [Video Inside]) 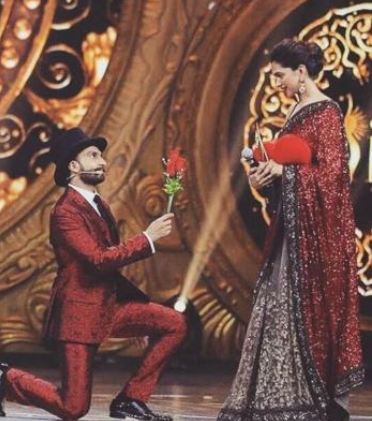 Ranveer had then finally gotten married to the girl of his dreams and the love of his life in Itlay. The doting wife, Deepika never skips a chance to flaunt her love for her husband and show him off, as Ranveer has already set the bar for being a perfect husband, very high! Maybe this is why, Kartik Aryan wants a wife like Deepika Padukone! Yes, you heard it right. In an interview with Bollywood Hungama, the host of the show had asked Kartik a fan's question, which was, "What kind of girl he wants to marry?" To which, the actor had instantly replied, "Someone like Deepika Padukone, the way she is. One who shows off her husband proudly." Don't all guys want a wife like Deepika? (You May Also Like: Malaika Arora Shares A Fifteen Year Old Unseen Picture With Sister, Amrita Arora, Looks Chic As Ever) Deepika Padukone-Ranveer Singh are our most favourite Bollywood couple! What about you?