Debina Bonnerjee shared a cutesy video from her daughter, Lianna Choudhary's rice ceremony and the little one's look simply swooned our hearts. Check out the unmissable glimpses from the ceremony!

One of the most adorable couples in the Television industry, Debina Bonnerjee and Gurmeet Choudhary are seen enjoying their parenthood to its fullest since the arrival of their daughter, Lianna. For the unversed, the madly-in-love couple had gone through a lot for more than five years before finally welcoming their daughter into their lives. It was on April 3, 2022, when they were blessed with their little munchkin. Since then, the doting parents keep sharing glimpses of Lianna's growing period, and these are simply unmissable.

It was only on July 3, 2022, when Debina Bonnerjee and Gurmeet Choudhary had revealed Lianna's face hidden by sharing a cutesy picture from their first photoshoot together. Taking to their respective IG handles, in a collaborative post, the doting parents shared an adorable picture with their daughter, Lianna. Lianna looked like a cotton ball in a crochet dress, and her parents were seen planting kisses on her head. Along with the picture, her doting parents had penned:

"Introducing lianna… our heart united into one. Our hearts are so full - knowing that we are part of a beautiful community of such genuine people.. who prayed for her and waited and longed to see her face." 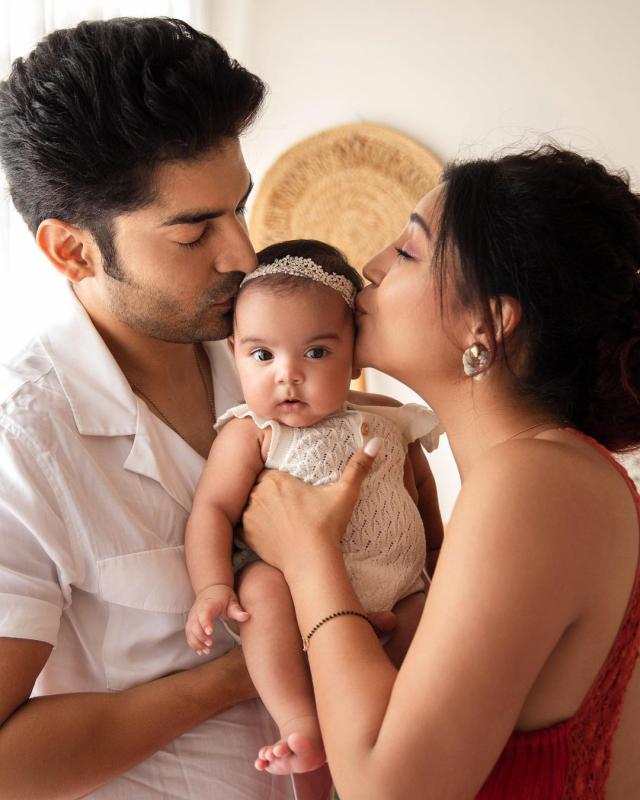 On April 18, 2022, Debina Bonnerjee took to her Instagram handles and shared an adorable video from their daughter, Lianna's annaprashan or rice ceremony (in Bengali, that is known as mukhebhaat). In this ceremony, the mother's brother (baby's mama) feeds the first rice to the baby after having a puja. In the video, Lianna looked adorable in a Benrasi lehenga paired with floral jewellery and payal. An excerpt from Lianna's mommy's note can be read as:

"So today was #lianna‘s rice ceremony... (in Bengali #mukhebhaat) she dressed up as a little princess and sat on her maternal uncle’s lap (my brother, her mama). we love you my darling @liana_choudhary... we are there to not only to protect you but help you understand traditions and culture where required. GOD BLESS YOU MY LITTLE ONE"

On August 15, 2022, Debina Bonnerjee celebrated 75th Independence Day with her loving husband, Gurmeet Choudhary and their daughter, Lianna Choudhary. It is Lianna's 1st Independence day since her birth. Taking to her IG handle, Lianna's loving mommy shared a beautiful video with her, wherein, the mommy-daughter duo was seen posing in front of an unfurled flag. Debina also shared a few pictures with her hubby and their daughter. In the glimpses, Debina and Gurmeet were seen twinning in white ensembles, and their daughter donned a cute Tiranga printed frock. Sharing the video, Debina penned:

"Happy 75 years of Independence Day. This celebration is special from all ways. My LiPao is too small to understand how special and a proud day this is for all of us but as we all learned over the years she too shall understand it’s a proud feeling to be an #Indian." 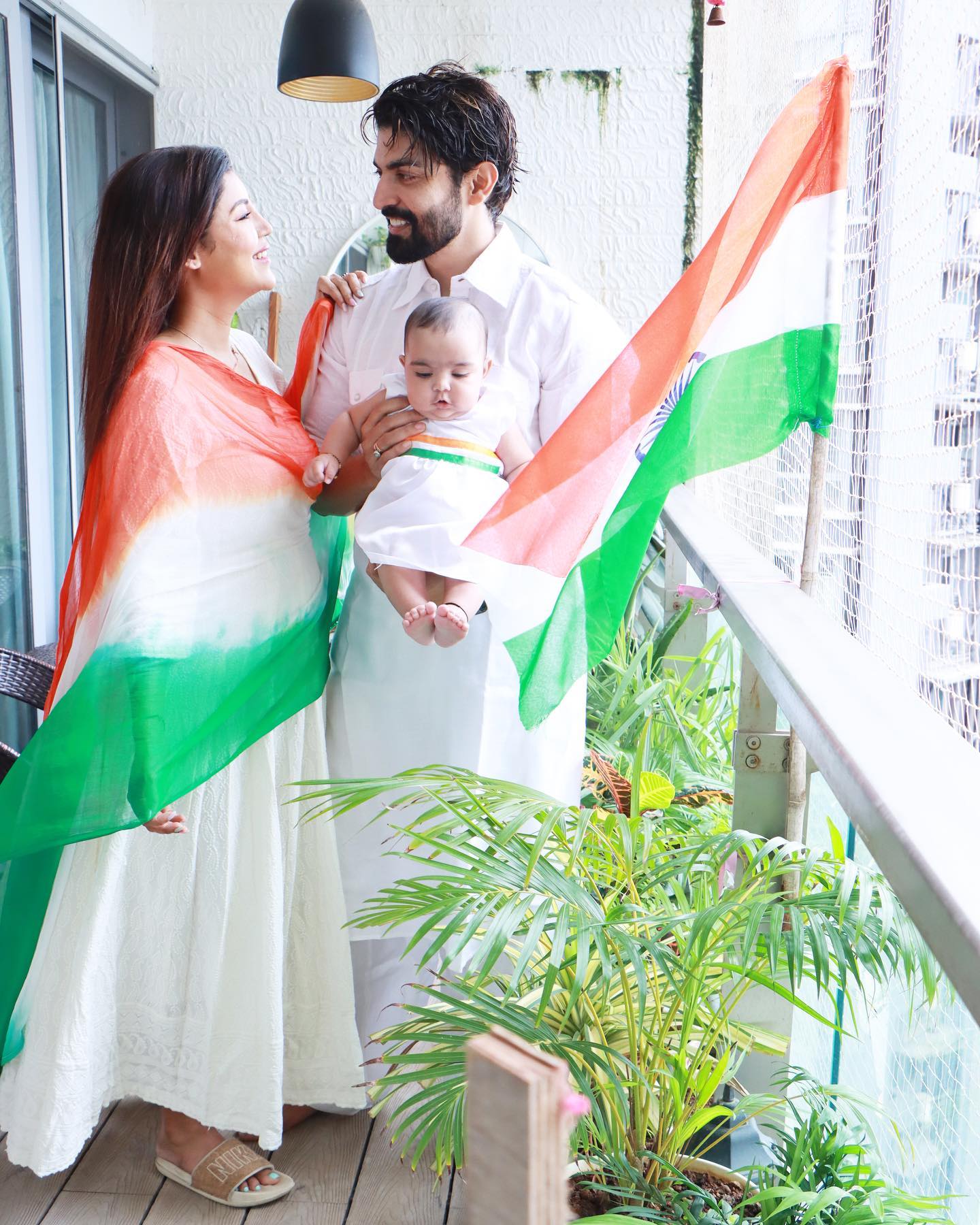 On July 28, 2022, Debina Bonnerjee had shared a Vlog on her YouTube channel, Debina Decodes, giving a sneak peek into her Lonavla trip, along with her hubby, Gurmeet Choudhary, their daughter, Lianna and their family. At the beginning of the video, we could see Debina giving a beautiful bath to her daughter and decking her up in a yellow-coloured onesie. Debina was also seen holding her baby girl near the swimming pool while the latter was enjoying the water there. Further, in the video, we could see Lianna was seen trying to crawl for the first time, and this was simply unmissable. At the end of the video, we could also see the little one sitting on her grandmother's lap while tasting the solid food for the first time. Check out: 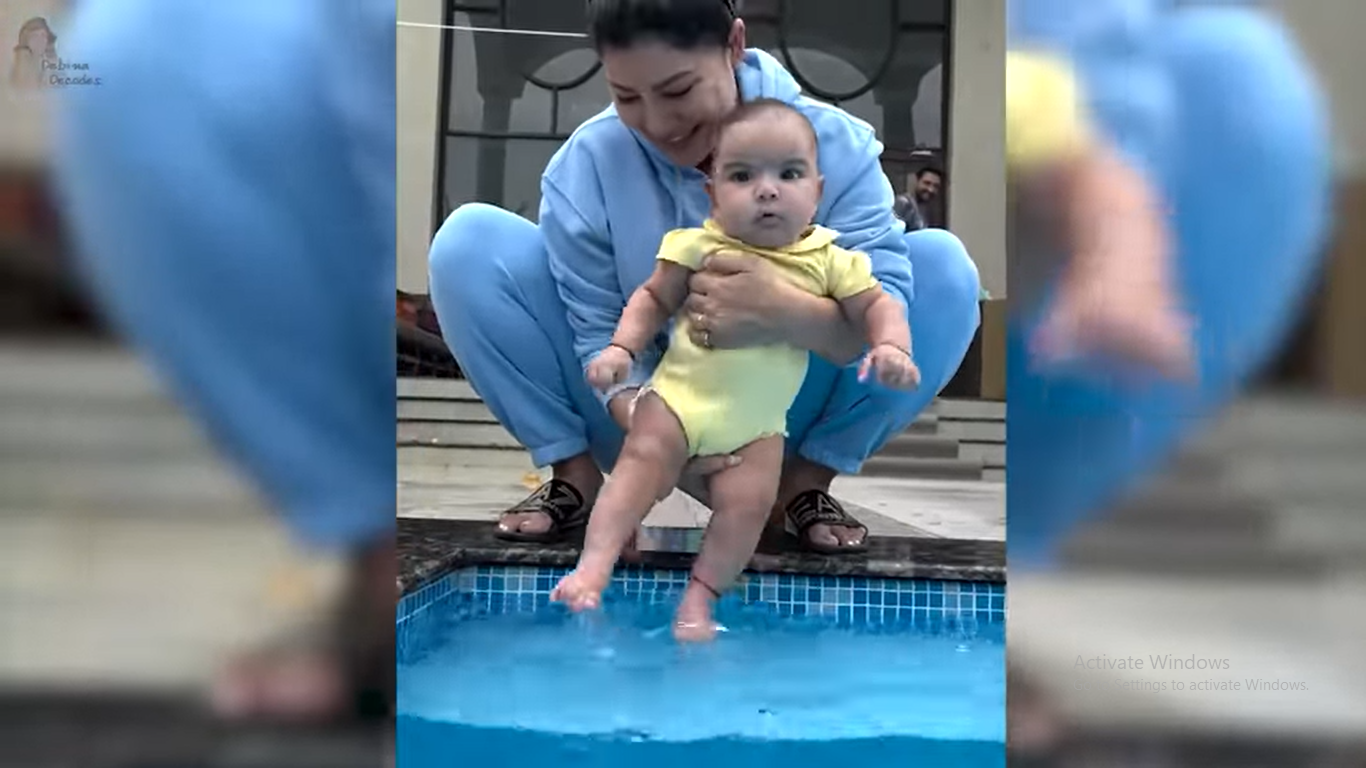 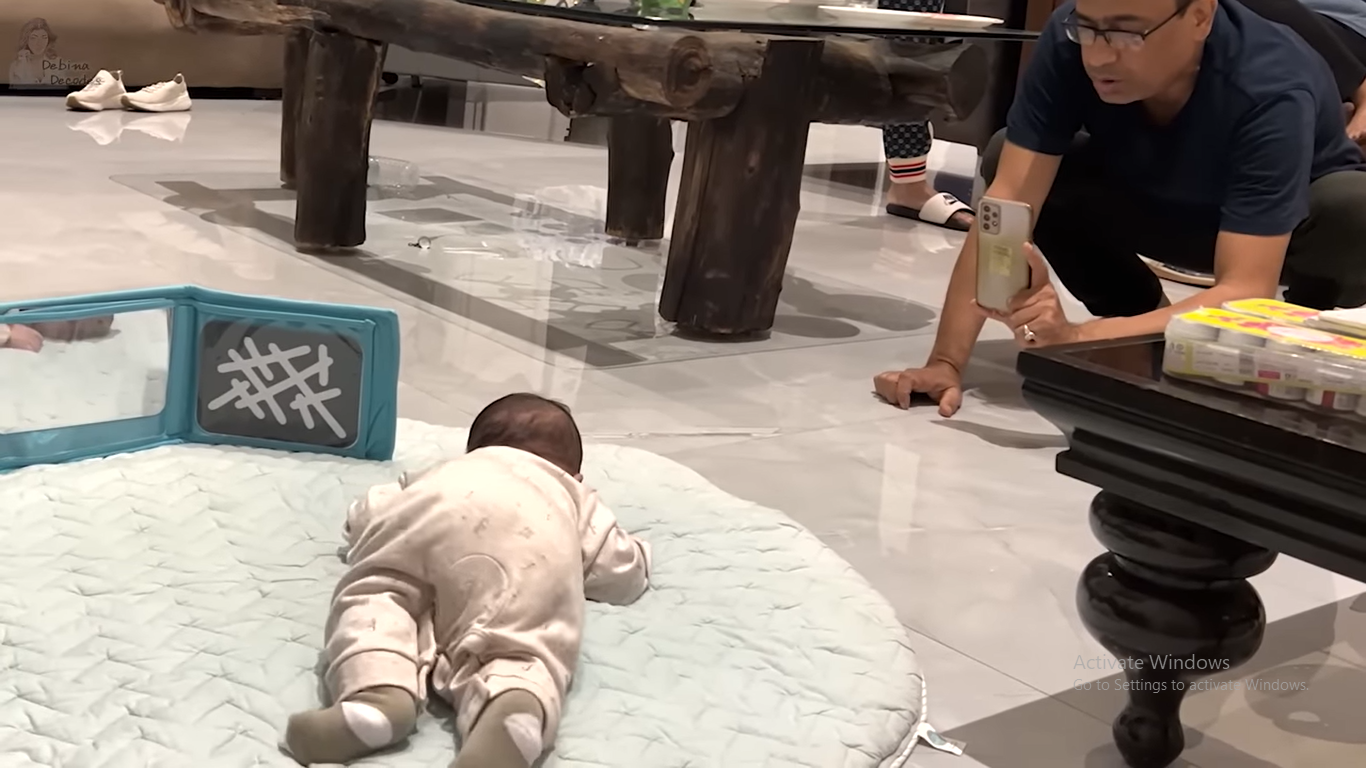 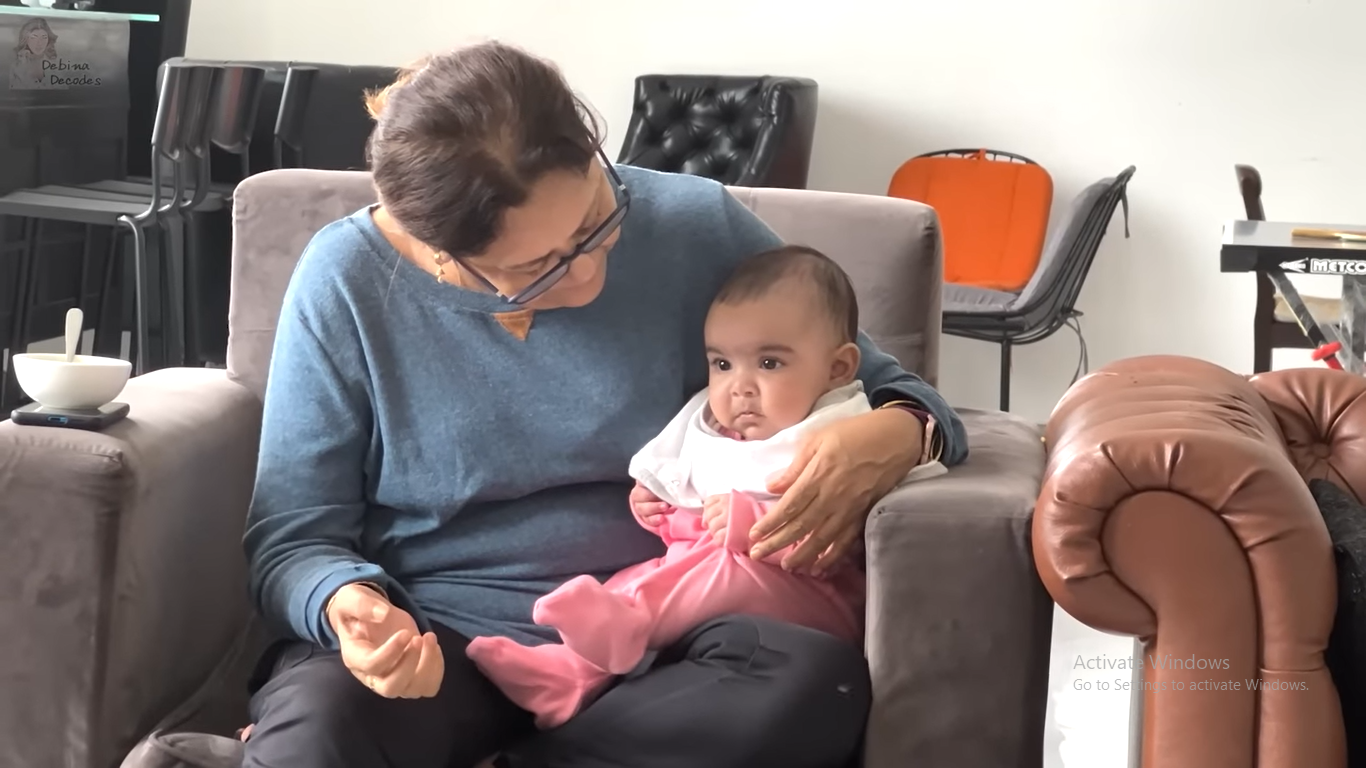 Debina keeps sharing cutesy glimpses with her baby, and we just can't stop drooling over them. For instance, on July 26, 2022, Debina had taken to her IG handle and shared a picture holding her baby girl, Lianna Choudhary in her arms. Debina looked gorgeous in a red dress. On the other hand, her baby girl was wearing a white dress paired with a lace hairband. Sharing the picture, Debina gave a cute name to Lianna and mentioned that she could look at her face like this forever. She had penned:

"I can keep looking at your face … Aaand you are already looking at the camera … my little tweety bird." We are in love with Lianna's cute pictures. What about you?