Charu Asopa's hubby, Rajeev Sen is Bengali and the actress has completely accepted his culture. Charu dressed as a Bengali bride to celebrate Durga Ashtami with her hubby, Rajeev!

Charu Asopa and Rajeev Sen’s marriage was the talk of the town a few months back, owing to the troubles the couple had faced in their paradise. Charu had added ‘Sen’ to her surname after tying the knot with Rajeev Sen on June 16, 2019. It was Sushmita Sen, who had confirmed her brother’s relationship with Charu on May 4, 2019. The duo had gotten married in Goa as per Rajasthani as well as Bengali rituals. After months-long separation, the couple had reunited a month back and since then, their PDA game is going strong. (Also Read: Mahhi Vij's Daughter, Tara Goes For 'Ashtami Kanya Pujan' At Her Nani's House, Wearing A 'Lehenga')

As everyone is celebrating the festival of Navratri, Charu had shared glimpses of the same with her hubby, Rajeev on her IG handle. The nine-day festival of worshipping different forms of Goddess Durga, i.e., Navratri had begun on October 17, 2020. On this auspicious occasion, Charu had taken to her IG handle and had shared pictures with hubby, Rajeev after their Kalash Sthapna puja. In the pictures, Charu had worn a yellow-coloured lehenga and Rajeev had chosen a golden-coloured kurta and white pyjama. Charu had captioned their love-filled pictures as “Happy Navratri to everyone. Done with our Pooja of Kalash sthapna.” 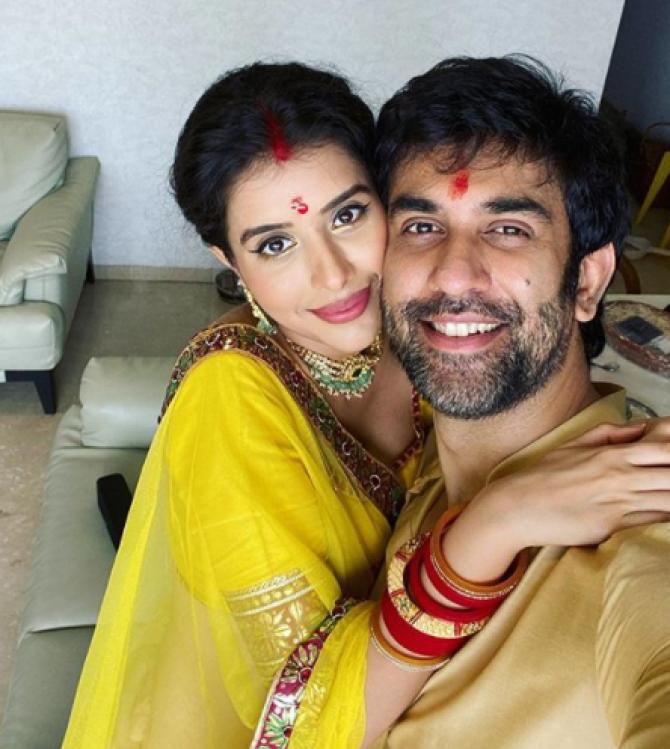 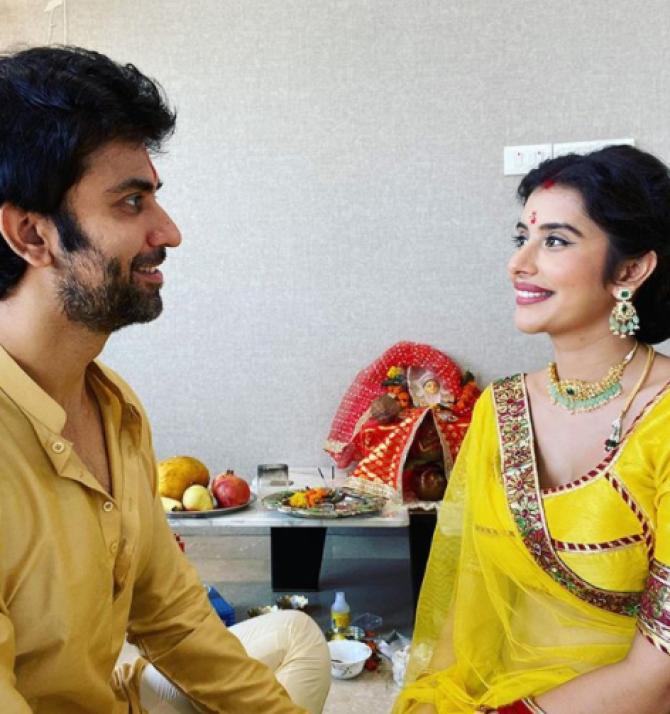 As for Bengali’s, Navratri is the Durga puja time and they celebrate these days with happiness by visiting pandals and worshipping Goddess Durga. Charu Asopa’s hubby, Rajeev Sen is Bengali and thus, his wife decided to celebrate the Durga Ashtami dressed as a Bengali bride. The pandemic has destroyed the fun of pandal hopping for people, but it hasn’t affected their zeal to celebrate the auspicious Durga Ashtami, which is quite clear in Charu’s IG post. In the pictures shared by Charu on her IG handle, Charu and Rajeev can be seen hugging each other, looking perfect together. While Charu opted for a white and red Bengali saree, her hubby, Rajeev donned a white kurta pyjama to celebrate the occasion together. Rajeev also shared a series of pictures from the couple's Durga Ashtami celebrations. Rajeev and Charu captioned their pictures as "Happy Durga ashtami". Take a look: 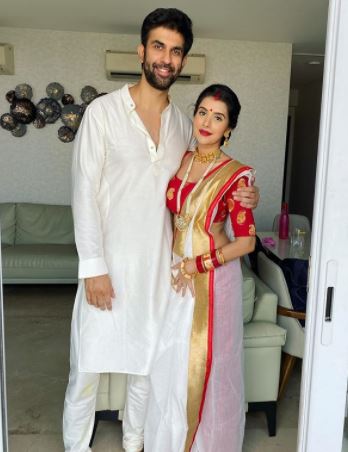 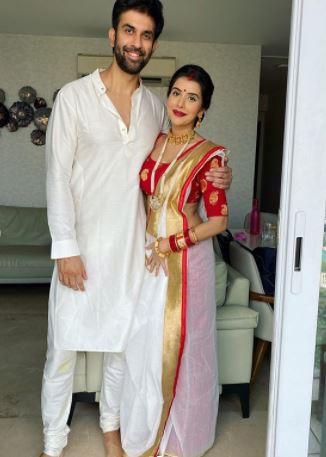 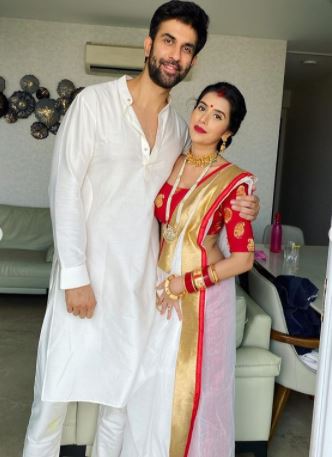 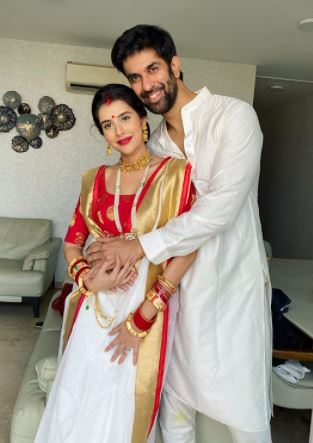 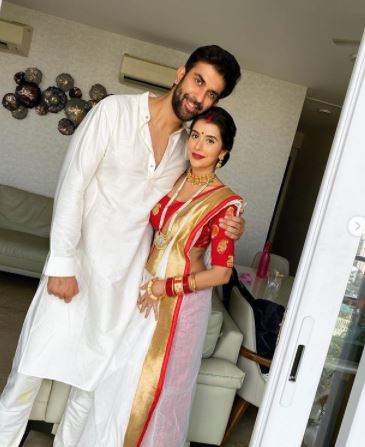 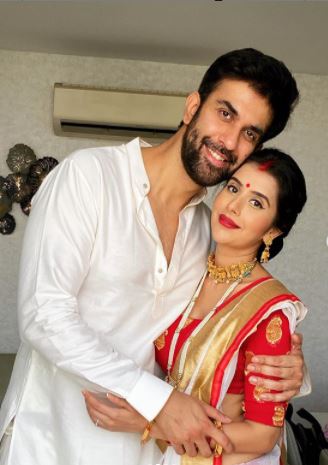 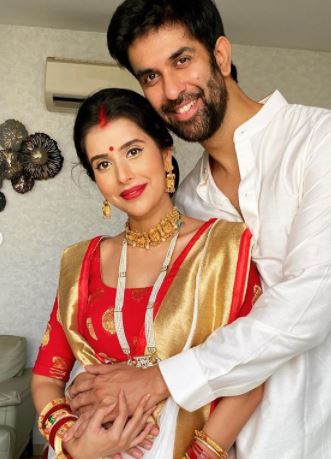 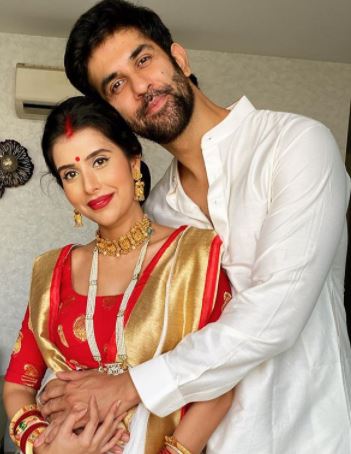 On September 20, 2020, the duo had celebrated their first wedding anniversary, months after the actual date at their home and had shared glimpses of the same. In the pictures, the couple had twinned in their white wedding outfits as Charu had looked gorgeous in her beautiful white gown, whereas, Rajeev had complimented her and had looked dapper in his white suit. Rajeev had shared the pictures of their intimate celebrations on his IG handle and had written, “We celebrated our First wedding Anniversary & all you beautiful people are invited to be a part of this celebration” followed by a heart emoticon. (Don't Miss: Neha Kakkar And Rohanpreet's Wedding Desserts Have Their Picture On It, Sister, Sonu Shares A Video) Like every couple, Charu and Rajeev had also made sure that their first festivals together are celebrated with utmost love. Mere Angne Mein fame, Charu Asopa Sen had celebrated her first Gangaur festival with her darling husband, Rajeev Sen on March 27, 2020. The couple had taken to their Instagram handles and had shared their pictures from the Gangaur celebrations. It is a Rajasthani festival, where married girls worship lord Shiva and Parvati by making a clay structure of them. The actress had chosen a Rajasthani bridal look for the festival, as she could be seen sporting Rajasthani lehenga and jewellery. 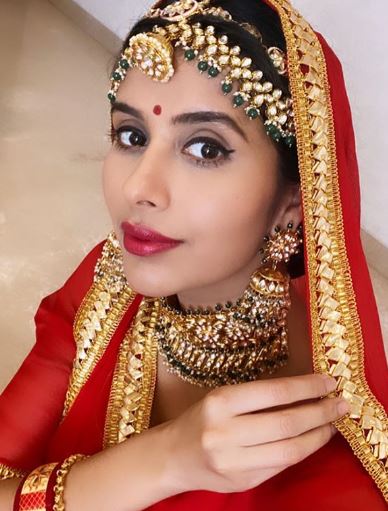 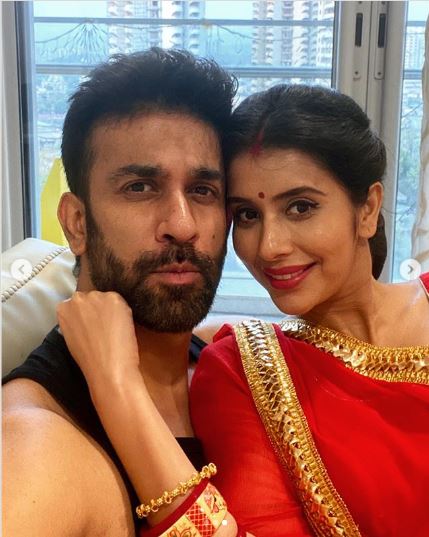 On the occasion of their first Karwa Chauth, Charu and Rajeev had taken to their respective Instagram handles and had posted dreamy pictures. The pictures had looked like a from the village-themed background and the couple had looked beautiful with each other. While Rajeev had wished Charu by captioning his post as, “Mera chand mujhe aaya hai nazar... #happykarvachauth My jaan @asopacharu”, his doting wife had posted pictures from a similar background and had written, “Gali main Aaj chand nikla... #happykarwachauth.” (Recommended Read: Amrita Rao Caresses Her Baby Bump In A Red Saree, Celebrating Navratri And Her 9th Month [Video]) 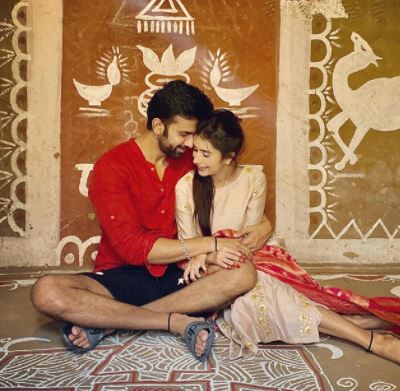 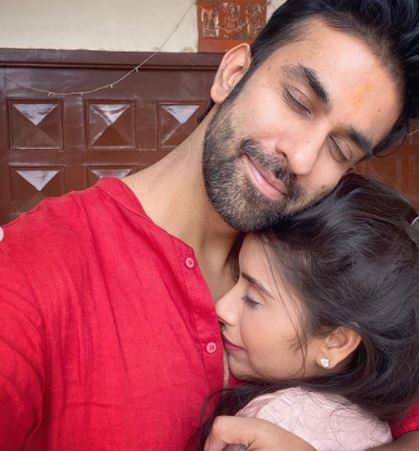 Charu Asopa and her husband, Rajeev Sen had announced their first pregnancy in May 2021. After that, the couple was documenting everything about their pregnancy on their respective YouTube channels. From their daily life as an expecting couple to the grand baby shower, Charu and Rajeev had documented everything. And