Charu Asopa Sen and Rajeev Sen have had their fair share of pre and mini-honeymoons, but it is their giant European honeymoon that we all have been really looking forward to.

Like we always say, never lose your trust in the magic of love if it didn’t go well the first time. Take a test of your faith and when you emerge victorious, the results are spellbinding! If you don’t believe us, take a cue from the ‘Sen couple’, who is with every passing day, moulding themselves closer to the synonym of #CoupleGoals! From an array of pre-wedding festivities to their dreamy Goan wedding, Charu and Rajeev’s love for one another reinforces our faith in relationships. (Do Read: Sana Khaan's Boyfriend, Melvin Louis' Birthday Gift For Her Made Her All Emotional, Shares A Video)

It was on June 16, 2019, when Charu Asopa Sen and Rajeev Sen became one another’s as they entered the bond of holy matrimony. The couple has been regularly penning their love chronicles on Instagram and make their fans go gaga over them. From their first flight as a couple together to Charu’s first entry in their room, Charu and Rajeev have recorded it all and shared glimpses of the same with their fans. Here’s one such instance: While you still go all ‘awww’ over the picture, let’s share with you some updates about Charu Asopa Sen and Rajeev Sen’s dreamy honeymoon. The duo has had their fair share of pre and mini-honeymoons, but it is their giant European honeymoon that we all have been really looking forward to. But looks like the wait is finally over as Charu and Rajeev have finally jetted off for their main honeymoon to Zurich in Europe and shared a couple of Instagram stories, giving us a peek-a-boo into their, what’s going to be, a quite enviable trip! Take a look at the same below: Soon after their wedding, in the last week of June, Charu Asopa Sen and Rajeev Sen had flown off to Koh Lanta, Thailand for their mini-honeymoon. While they had been sharing their fun activities and lovey-dovey pictures from their getaway, it was a series of steaming hot pool pictures of Rajeev and Charu which made our mouths gape in wonderment! Captioning the series of posts with a single word that had revealed it all, the doting wifey had written, “Serenity”, backed by a heart emoji and her hubby too, posting teh same set of pictures had penned, "Love passionately #prehoneymoon." Take a look at a few images from the lot: 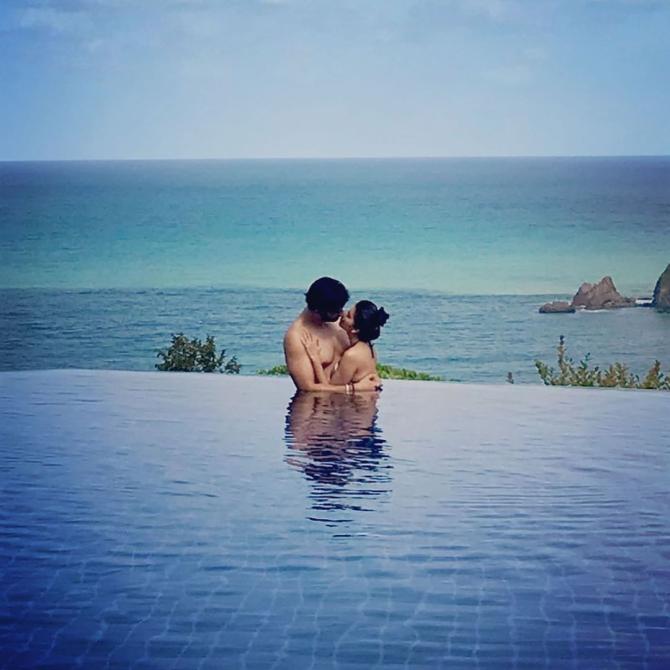 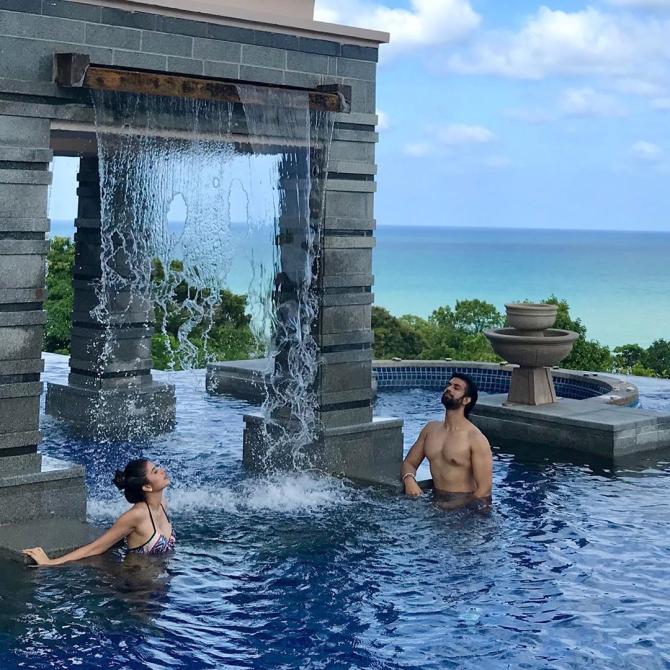 It was a few days after their wedding when Charu Asopa Sen and Rajeev Sen had shared that they are planning an exotic European honeymoon sometime around mid-July. They had also revealed that prior to their Europe travel, Charu and Rajeev might also take some time off from their hectic schedule and travel somewhere in the Far East. This is what Rajeev had shared, “We had a beautiful wedding and enjoyed all the functions. About our honeymoon, we have a lot of work commitments before we fly out in mid-July. But before that, we will take a short break and visit the Far East, come back and complete our shoots. We can’t reveal much about the Europe vacation.” And that is exactly what they did, just that their honeymoon dates shifted from mid-July to August. (Also Read: Niti Taylor Celebrates The Mother-Sister Bond In A #FamJamShoot, Ditching Her Bridesmaids And Fiance) In an interview with the Bombay Times, Charu Asopa had revealed if it was love at first sight for her and now hubby, Rajeev Sen. She had shared, "After our first meeting, we had decided to catch up again over coffee, but I left for my hometown, Bikaner. I was on a much-needed break after my show, Jiji Maa, ended. In fact, I hadn’t decided when to return. However, as luck would have it, I was offered KarnSangini and had to report on the set the very next day. I texted Rajeev from the set and told him that we could meet for coffee. I had assumed that the meeting would end in half an hour. However, we went on talking for hours until I told him that I had to leave as I had an early call time the next day. We started chatting, spending time together and the rest, as they say, is history. I don’t know if I can call it love at first sight, but it looks like that.” 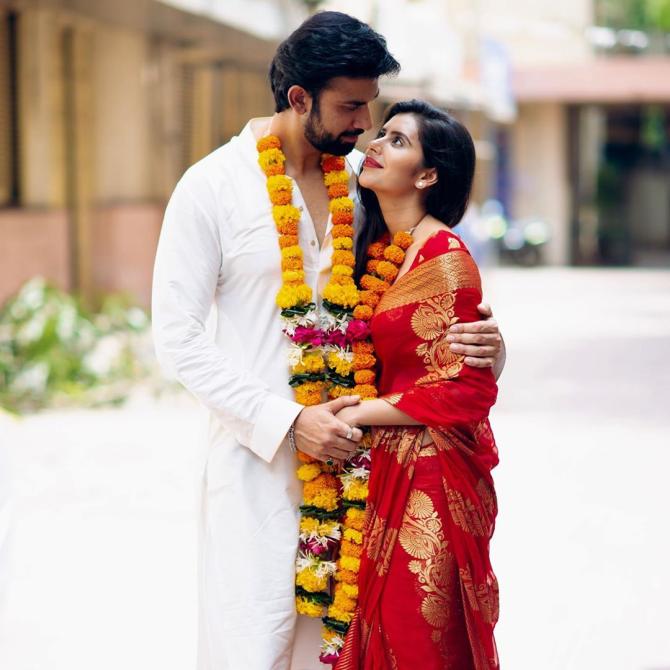 What is that one thing that Rajeev Sen and Charu Asopa adore about each other? She had shared in the same interview, "Rajeev is good-looking and honest. He is more romantic among the two of us. Also, he pampers me and takes care of me. He feels that I am real, simple and without any facade.” Charu had also shared interesting insights about their relationship. She had stated, “Both of us are looking at a relationship for keeps. The best aspect of our relationship is that we are transparent. We know about each other’s past and have never felt the need to hide anything from each other.” (Must Read: Sara Ali Khan Reveals What Comes To Her Mind First When She Thinks Of 'Love', It Isn't Kartik Aaryan) 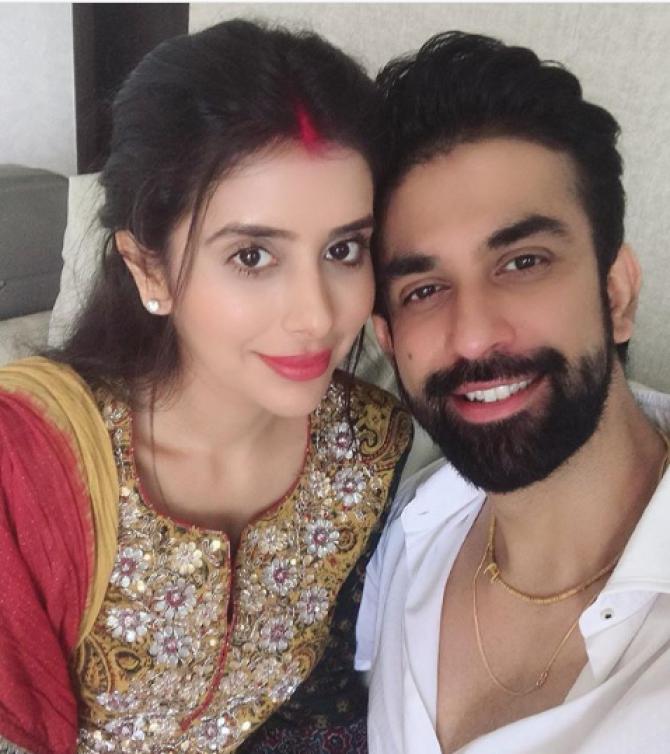 Now that we know that Charu and Rajeev have headed off for their honeymoon, we can’t wait for more pictures from their trip! Isn’t it guys?