Legendary footballer, David Beckham and iconic fashion designer, Victoria Beckham are one of the most admired and followed celebrity couples of this generation. The two had gotten engaged in 1998 and were dubbed as 'Posh and Becks' by the media and their massive fanbase. After some time, the two had embraced parenthood as they had welcomed their first son, Brooklyn Beckham, on March 4, 1999, after which Victoria and David had decided to get married. It was on July 4, 1999, when the super-something couple were announced husband and wife after they were officiated by the respected Bishop of Cork, Paul Colton, at the widely-famous Luttrellstown Castle in Ireland. (Recommended Read: Orlando Bloom Was Spotted With His Baby Girl, Daisy In His Arms In Hawaii, Shows Off Toned Muscles)

On September 1, 2002, Victoria Beckham and David Beckham had welcomed their second child and had named him Romeo James Beckham. The couple was living one of the best phases of their lives, and the birth of their son, Cruz David, on February 20, 2005, and daughter, Harper Seven, on July 10, 2011, had completed their family. Now, on Brooklyn's 22nd birthday, his mother, Victoria has posted a rare picture from his childhood days, and it'll melt your hearts in split seconds. 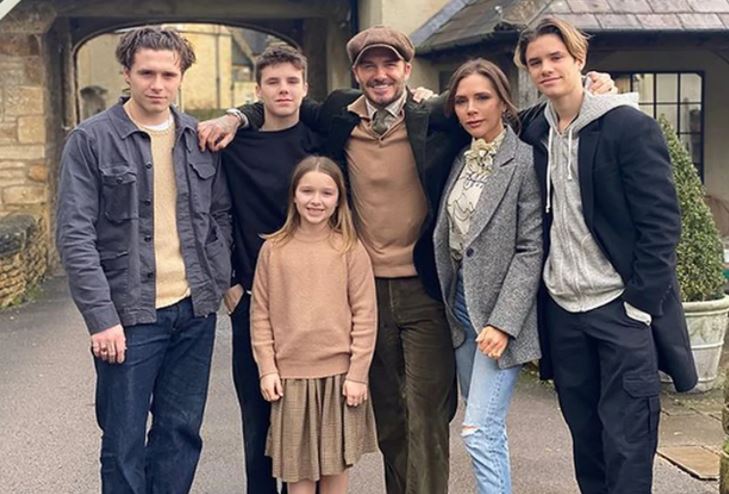 On March 4, 2021, David Beckham's wife, Victoria Beckham took to her Instagram handle and shared an adorable sepia monochrome picture with her son, Brooklyn Beckham, from his childhood days to wish him on his 22nd birthday. In the picture, we can see a young Victoria holding her baby boy, Brooklyn, in her arms and their shining smiles while having a delightful time with each other is what pure mother-son goals are all about. The doting mommy also looked gorgeous as ever in her full sleeves top and chic shades, while little Brooklyn can be seen wearing just diapers and making us fall in love with his cuteness. Along with this priceless picture, Victoria penned a heartfelt wish for her son and called him the most incredible son. Her note can be read as "22 years ago today our lives changed forever. The kindest, most beautiful soul. The most incredible son, brother and fiancé. Happy Birthday @brooklynbeckham. We love you and are so proud of the man you have become." Take a look: 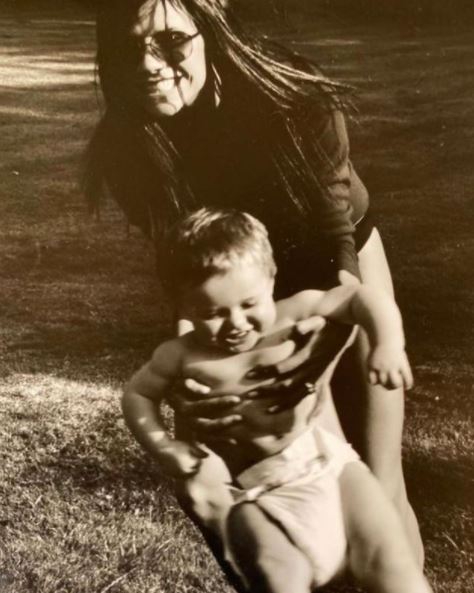 Just like any mother in this world, Victoria Beckham shares a concrete and strong bond with her son, Brooklyn Beckham and never skips a chance to shower her immense love and admiration on him. Time and again, the doting mommy makes sure she delights her millions of fans across the world with some unseen pictures, emotional revelations, and never-seen-before video clips from their memory lane. On top of that, Victoria isn't just a doting mother but has already proved that she will be a great mother-in-law, as she has already maintained a beautiful bond with Brooklyn's fiancee, Nicola Peltz. For instance, on Nicola's birthday, her future mother-in-law had posted a stunning picture from one of their outings in which we can also see Victoria's husband, David Beckham and Nicola's fiance, Brooklyn. Along with the picture, Victoria wrote a sweet birthday wish for Nicola in the caption, and it could be read as "Happy Birthday @nicolaannepeltz we love you so so much x kisses from us all." Soon, her to-be-daughter-in-law dropped a cutesy reply in the comment section, and it could be read as "I love you all more than you know!" (Don't Miss: 'Fantastic 4' Fame, Loan Gruffudd Files For Divorce Without Telling His Wife Alice Evans, She Reacts) 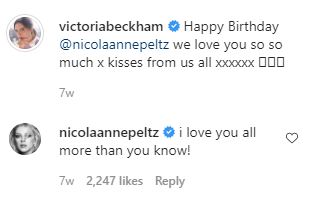 Talking about the birthday boy, Brooklyn Beckham, he also never misses a chance to tell his mother, Victoria Beckham how much he loves, respects, admires and values her presence in his life. Whether it's about sharing emotional posts on her birthday or long thanking notes on Mother's Day, the doting son knows how to make his mother happy. But the best and rare thing about Brooklyn is that he never waits for special dates and occasions to shower his love on his mom. For instance, on March 3, 2021, Brooklyn had taken to his IG handle and shared a stunning picture with his dearest mom and younger brother, Romeo James Beckham. In the picture, we could see him hugging his mother with one hand, who is standing in between her two sons, Brooklyn and Romeo. Along with this cutesy family picture, Brooklyn had penned a sweet and simple caption, and it could be read as "Love you both so much" followed by two red heart emoticons. (Also Read: Irina Shayk Talks About Her Relationship With Ex Bradley Cooper And Co-Parenting Their Daughter, Lea) 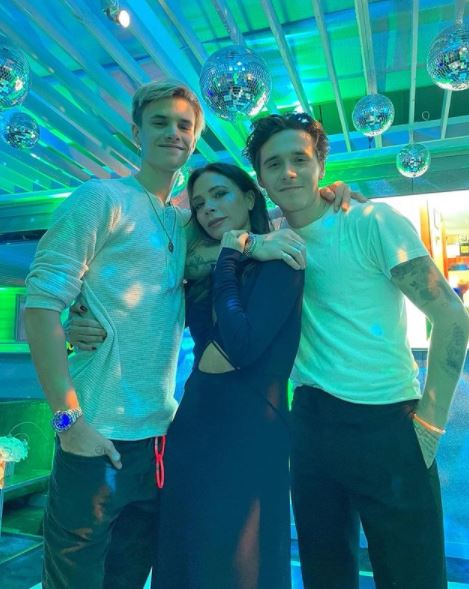