With a little hatke theme as that of couples versus singles, Bigg Boss is back with its twelfth season. Just one week has gone by and we can already sense who all might turn out to be strong competitors. One amongst them is famous and most loved television actress Dipika Kakar, who shot to fame through her stint in soap opera, Sasural Simar Ka. Not just the fact that Dipika has a huge fan base, but her confidence and aura are what make her stand out amongst other contestants in the house.(You May Also Like: Ajay Devgn Shares Wife Kajol's WhatsApp Number On Twitter As Prank, Her Reaction Is Every Wife Ever) 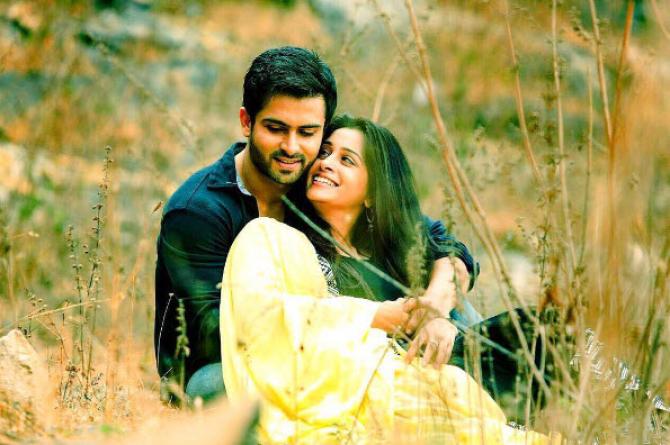 Well, you all must be knowing that Dipika Kakar is married to her co-star from Sasural Simar Ka, Shoaib Ibrahim. The two genuinely make a stunning and compatible couple. There is no denying the fact that they are madly in love with each other. It’s been only seven months (they got married in February 2018) that they tied the knot and she is inside the house. We can completely understand how tough it is for the both of them. 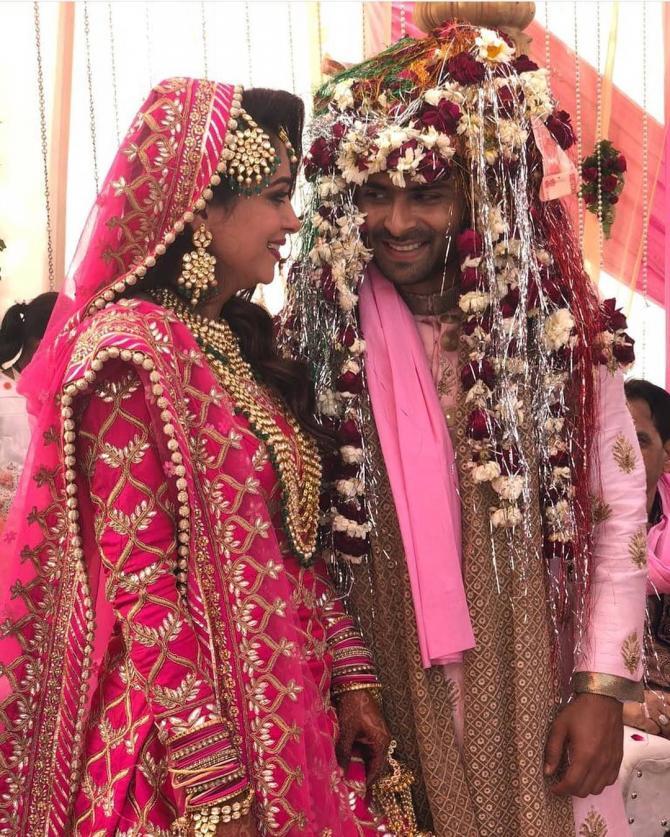 So, in an unseen video on Voot app, Dipika Kakar broke down as she received the most precious gift from her family. To make it clearer, there were gifts from the families of a few housemates and Dipika’s family too sent her some gifts. But amongst all what made her cry were a few pictures of her and Shoaib from their wedding and pre-wedding photoshoot that they had sent. After seeing those pictures, Dipika couldn’t control herself and started crying. Here’s the video:

And guys do you remember we shared with you what Dipika did to keep her husband with her inside the house? A source had stated, "As this is Dipika's first separation with husband Shoaib Ibrahim post the wedding and in a long time, she has carried his t-shirts and jackets as a remembrance so that she can feel his presence while away for three months. She has been very emotional about this." (Also Check: Priyanka Chopra-Nick Jonas And Sonam Kapoor-Anand Ahuja Enjoy Double Date On Poolside) So, guys, yeah that was absolutely correct! As in one of the last episodes, when Dipika is cooking in the kitchen, she could be seen wearing Shoaib’s yellow hoody sweatshirt. Yes, that’s absolutely right! Don’t believe us, here’s the digital proof: 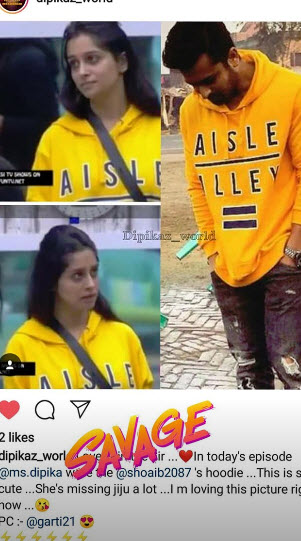 In the last nominations, Dipika got nominated and many of the co-contestants gave the reason that she is a strong competitor for them. On this note, while appealing for the vote, the lovely husband, Shoaib took to her social media account and shared a post to which he captioned, “@ms.dipika is nominated this week pls go on voot and vote for her . Show your love and support towards her!” Here's the snap he shared: 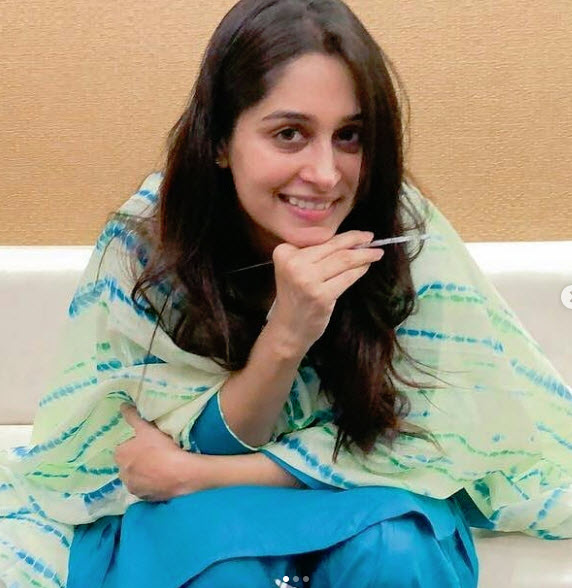 In an interview with the Indian Express lately, Shoaib poured his heart out on his lady-love, Dipika’s performance in the house. Sharing his views if he wasn’t worried about Dipika’s image on-screen, which could be projected in a wrong manner, Shoaib said, “To be honest, we were never worried. Yes, every day would bring a new surprise, a new side but we know her too well. Also, I think the fans have also known her for years and love her for her simplicity and loving nature. She will never be judged on the basis of the episodes.” (Also Read: Arbaaz Khan And Giorgia Andriani Are All Set For Court Marriage Next Year, Families Give Nod) 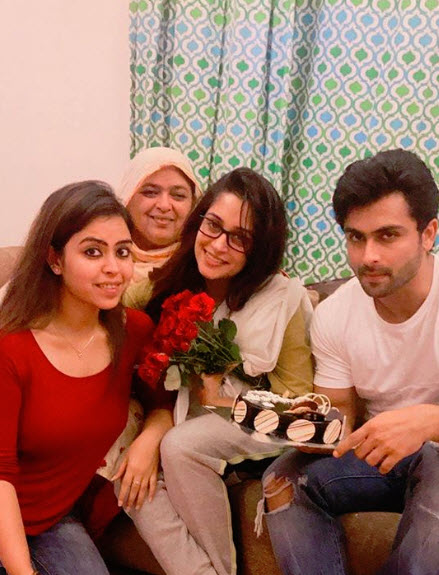 Just like any other loving and doting hubby, Shoaib too misses his wife, Dipika so much. The Koi Laut Ke Aaya actor further went on to say, “The entire family has always enjoyed watching Bigg Boss. And now with Dipika on the show, it’s only become special. Not just the episodes, we have also been regularly watching the uncut footages. It’s been just a few days and she has already made us really proud. She has been looking great and taking stands where it’s needed. I am really sure she will do well.” (Don't Miss: Bigg Boss 12 Contestant Srishty Rode Got The Best Birthday Surprise By Fiance Manish Naggdev [Video])

For the ones who don’t know, even Shoaib was offered Bigg Boss 12, but he chose to send Dipika alone inside the house. When asked why he did so and the reason behind not participating, the actor remarked, “Our families need at least one of us to take care of things. It wouldn’t have been possible for both of us to go. We collectively took a decision that it was the right time for Dipika to participate in the show, both career-wise and personally. While she will find a new side to her personality in the house, I am trying to find mine while taking care of everything in her absence.” The doting hubby, Shoaib further agreed to be a little selfish on choosing only Dipika as his favourite contestant. When he was further probed to tell what all tips he gave her before she stepped in the house, he said, “I just told her to enjoy the game being herself. Bigg Boss is a show where you can’t really go with a plan. There are too many different personalities around. It’s a situational show. I only told her to not lose her dignity and have a lot of fun.” Reminiscing his wife’s last words to him before entering the house, the actor blushed and gushed, “She just told me, khayal rakhna Shoaib (take care, Shoaib).”

Wishing Dipika Kakar all the very best for Bigg Boss 12! And guys, who is your favourite contestant this season? Do let us know!