No matter how many updates we give you about how your favourite stars celebrating Ganesh Chaturthi, we bet you will keep asking for more! The world, yesterday (September 13, 2018) witnessed almost the entire clan of stars making most of Maharashtra’s favourite festival, Ganesh Chaturthi! (Do Read: Inaaya Naumi Kemmu Twins With Mommy Soha Ali Khan For Ganesh Chaturthi Celebrations, Wears A Lehenga)

From last year to this, the lives (read relationship statuses) of many of our favourite celebs have changed and so have their Ganesh Chaturthi celebrations! In 2017, the ‘laughter queen’ Bharti Singh was all set to tie the knot with her then long-time boyfriend, Haarsh Limbachiyaa and did Ganpati aarti at her home, with her family. Looks like there is a major twist in the tale this year and we all know why!

Bharti Singh Wishes Hubby, Haarsh Limbachiyaa On His Birthday With An Array Of Throwback Pictures 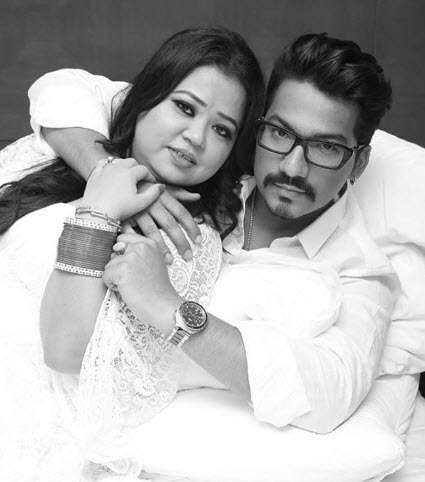 Ever since Bharti, got married to her long-time beau, Haarsh on December 03, 2017, people have been looking upto them for some major relationship goals. From their unique ‘Save the date’ shoot, to indulging in some major PDAs, Bharti and Haarsh undoubtedly, make for one of the cutest jodis ever! Hence, even at Ganesh Chaturthi yesterday, the couple had a unique way of celebrating it. Sharing a few Instagram stories and images, Bharti posted a few glimpses of her first Ganesh Chaturthi celebrations post-marriage by writing a beautiful caption which could be read as, “Liye gendey ki khushboo, Modak ka swaad, Dene aaye hain phir Bappa aashirwaad, Khushiyaan manayenge, jodd ke haath, Iss baar ki aarti, Bharti and Haarsh ke saath, #GaneshChaturthi2018 #GanpatiBappaMorya #ganesha #BhartikeBappa.” Their friends from the industry such as Aly Goni, Gaurav Gera were also spotted at the celebrations. Here are the pictures: 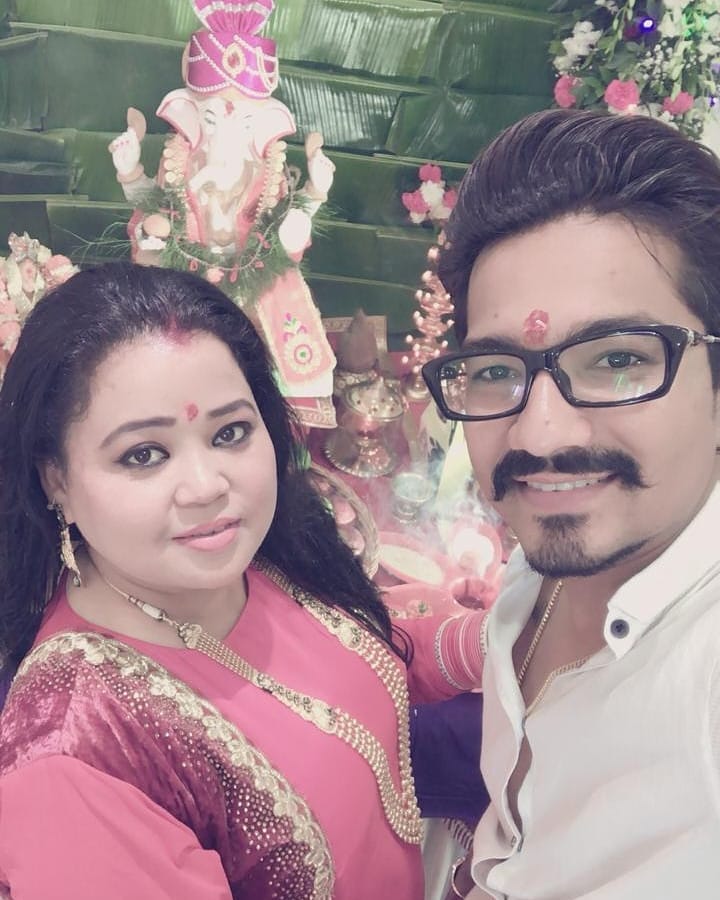 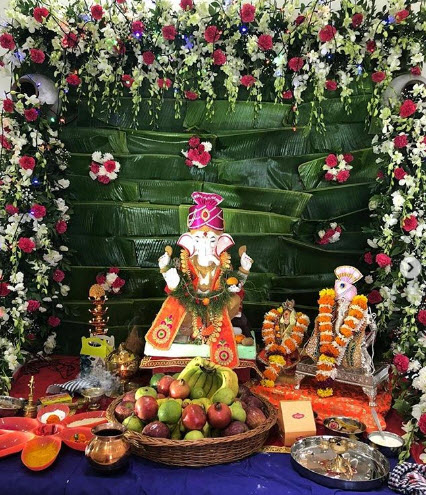 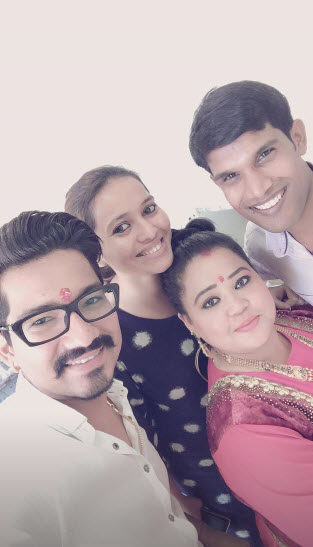 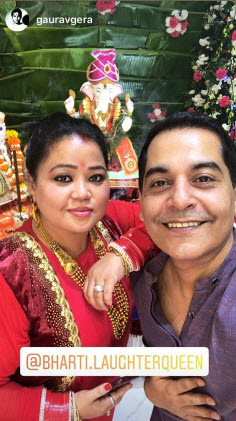 During their celebrations, shutterbugs captured Bharti and Haarsh in a complete joyful mood enjoying to their fullest and spreading their love to one and all. Speaking about the uniqueness in their celebration, the newly-weds ensured that theirs was an eco-friendly celebration. The couple, who is all geared up to appear in Bigg Boss 12, is ensuring that their ‘internal training’ is at its full spree! But how? Watch the video and you will surely get your answer!

You might also see the couple planning their baby on the show! Yes, Bharti herself shared the same in an interview, “After a long honeymoon, we flew to Argentina for Khatron Ke Khiladi (KKK) together. And now I think we might just plan our baby on the reality show (laughs). The makers had spoken to me about doing the show at the time of KKK but I said let me come back and then decide. When they told me I will enter with Haarsh, I was happy. He doesn’t have time for me otherwise. Ab kahan jayega bhaag ke (where will he run away now)." So, how much do you think Bharti’s life has changed after marriage? She herself answers, “I think it makes a lot of difference if you find the right life partner. Haarsh supports me a lot and never questions me. It has been three months (this interview was taken on March) since we have got married, but our masti and maramaari continues. Kabhi gussa aata hai, kabhi hansi aati hai (sometimes I feel angry at him, and something he makes me laugh). But life is good, and I'm enjoying it. Haarsh never stops me from doing anything. We have got married after seven years of relationship, and we still feel we are friends only. In fact, we gel so well that we don't need the company of friends to go out on a dinner or a drive.” (Also Read: Bharti Singh And Haarsh Limbachiyaa's Adorable PDA Moments Which Give Us Major Marital Goals) 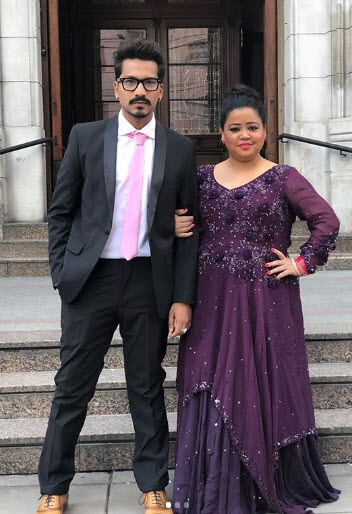 Few months after their marraige, Bharti also shared that everyday is Valentines Day for them, “People go out on Valentine's Day or such special occasions. For Haarsh and I, every day is a Valentine's Day. Every day after pack up, he asks me out for dinner. Besides, Haarsh doesn't have the patience to wait for special occasions. If he has bought a birthday gift for me, he won't wait till my birthday, he would gift it to me right away.”

Wow! Are you excited to watch Bharti and Haarsh’s camaraderie in Bigg Boss 12? Let us know in the comments section below.

Bharti Singh Wishes Hubby, Haarsh Limbachiyaa On His Birthday With An Array Of Throwback Pictures