Bhagyashree Talks About Her Diwali Plans And Why Her Son, Abhimanyu Is Particular About The Rituals

Bhagyashree Talks About Her Diwali Plans And Why Her Son, Abhimanyu Is Particular About The Rituals

Bhagyashree has always made sure that her kids are aware about the values associated with festivals. In an interview, she talks about why her son, Abhimanyu is particular about the traditions.

The much-awaited festival of lights is here, and we cannot hold our excitement. With fairy lights, colourful chandeliers and mouth-watering food, Diwali is all about having fun with friends and family. Even though this year the celebrations will be done keeping in mind the global pandemic, still nothing can belittle the festive mood. And like all of us, our B-town celebs too are excited about the Diwali and have been sharing their wishes through their social media handles. Among them the gorgeous actress of the 90s, Bhagyashree reveals her Maharashtrian Diwali rituals and why her son is a stickler for traditions. (Also Read: Chiranjeevi Konidela Tests Negative For COVID-19, Reveals Why He Tested Positive In Earlier Results)

Bhagyashree rose to fame with her Bollywood debut film, Maine Pyaar Kiya. But despite the stupendous success of the film and being aware of the super-stardom knocking at her door, Bhagyashree had left Bollywood. Bhagyashree was married to businessman-turned actor/producer, Himalaya Dasani when her first film, Maine Pyaar Kiya had released. Bhagyashree and Himalaya are proud parents of two kids, Avantika and Abhimanyu. Her son, Abhimanyu Dasani has followed his mother’s footsteps and had made a successful debut with the movie, Mard Ko Dard Nahi Hota. 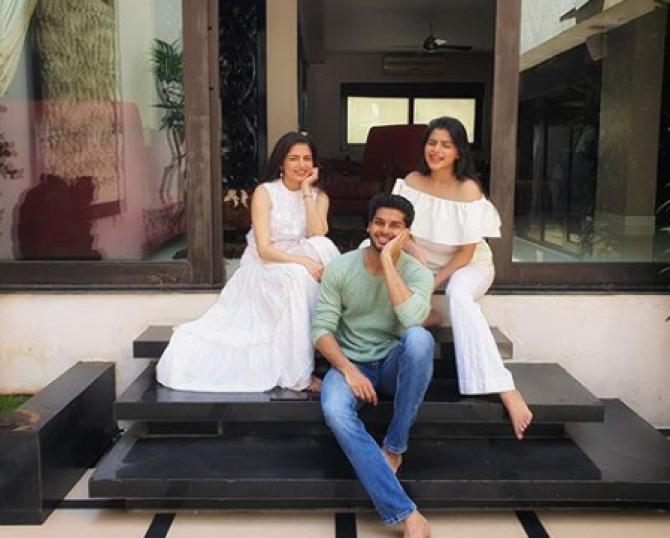 As B-town celebs are busy with their Diwali preparations, Bhagyashree talked about her Maharashtrian Diwali celebration and how important it is for the younger generation to be aware of their roots. In an interview with The Times of India, Bhagyashree talked about preparing for ‘Pahili Anghol’, which is celebrated by Maharashtrians. Talking about the same, she stated, “It’s a small tradition that we Maharashtrians follow, which is called ‘Diwali chi pahili anghol’. It’s something that my parents followed, too. So, I make ubtan at home and apply it to both my kids. I do it in the traditional style where my children sit on a paat (a low-seating wooden stool), I draw the rangoli, unki aarti karti hoon and that’s how the day begins. Seeing this, my husband also jumps in and asks me to apply the ubtan to him, too (laughs!).” Bhagyashree further elaborated on how her kids help her during Diwali preparations. She also stressed on the point that it is her son, Abhimanyu, who is very particular about the minute details associated with the festival. She shared, “Abhimanyu likes all the traditions, in fact, agar kuch unnis-bees hua toh he points it out. Avantika helps me with food and decorations, while my son keeps a watch ki sab kuch traditions se ho raha hai ya nahi. Even if I tell my kids ki Diwali iss baar kahi bahar manate hai, they tell me ‘Wherever we go, on the day of the festival, we should be spending time at home with the entire family’.” (Also Read: Amitabh Bachchan, Jaya Bachchan And Shweta Bachchan's Throwback Picture Exudes A 'Happy' Diwali Vibe) 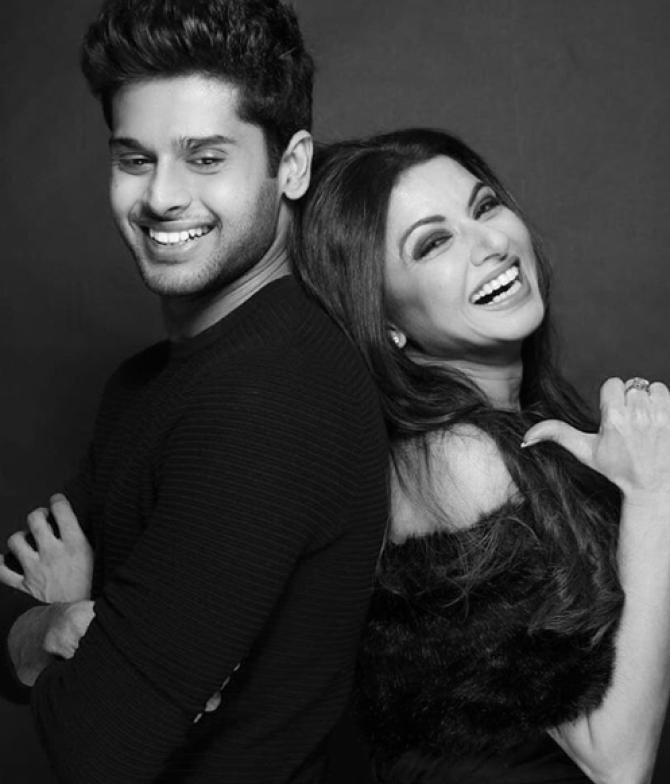 In an interview with Pinkvilla’s Dear Mom, Bhagyashree had opened up about leaving stardom to raise her kids and her much-awaited comeback. Bhagyashree, who had graced the show with her son, Abhimanyu was asked whether leaving movies was a difficult decision for her and she had replied, “Yes, and no. A tough call because by then I had realised that I do enjoy acting and I was like I wish I had the possibility of managing both. But no, because he just took over my life. My entire focus and happiness were having him with me. At that point, it was not a tough choice. All that I wanted to do was spend time with him.” 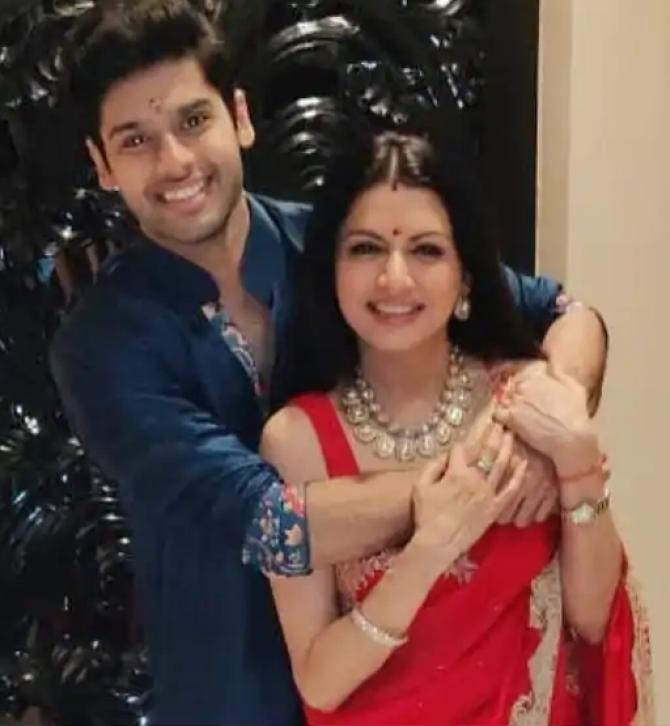 Bhagyashree’s kids, Abhimanyu and Avantika never enjoyed the perks of being star kids. In an interview with the Hindustan Times, Abhimanyu had stated that he had a normal upbringing and had never enjoyed the star kid status. Talking about the same, he had revealed, “People recognised me in public only when they saw me with my mom. They would then come and ask questions. I wasn’t even aware of it. I was brought up on a lot of principles by my parents. There was more pressure on me to be a good human being. Also, I don’t have any friends from the film circle, and haven’t been to any filmi parties.” (Also Read: Deepika Padukone And Ranveer Singh's Diwali Celebrations Will Remain Low-Key Because Of This) 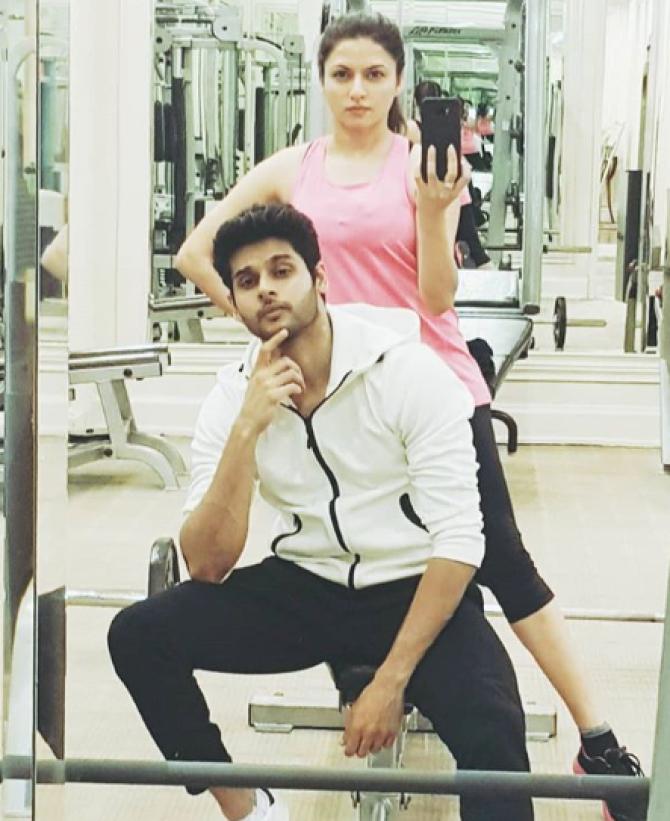 Here's wishing Bhagyashree and her family, a very happy Diwali! 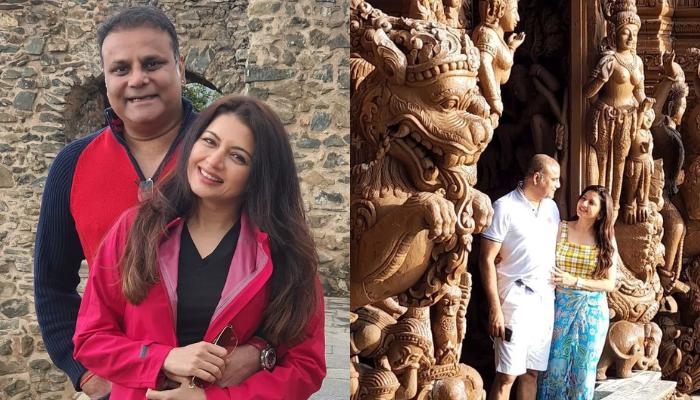 When Bhagyashree had made her Bollywood debut back in 1989 with the film, Maine Pyaar Kiya, she had gained overnight stardom and millions of die-hard fans. However, she had left her filmy career to get married to her childhood love, Himalay Dassani. From going against her royal family and marrying Himalay