Indian actress, Anushka Sharma announced that she has stepped down from the production house, Clean Slate Filmz, as she needs more time with her daughter, Vamika Sharma and her first love, acting.

A brother-sister relationship is simply one of the best relations in this world, and one such fine example of the same is Bollywood actress, Anushka Sharma and her brother and producer, Karnesh Sharma. Both of them have supported each other since childhood, and together they have established a production house by the name, Clean Slate Filmz, in October 2013. Under their production banner, Anushka and Karnesh have already produced many hit films in the last couple of years.

However, a few minutes back, Anushka Sharma made a major announcement regarding the future of her alliance with Clean Slate Filmz. The actress announced that she has stepped down from the production house, Clean Slate Filmz as she needs more time with her daughter, Vamika Sharma Kohli and her first love, acting. On March 19, 2022, Anushka Sharma took to her Instagram handle and shared a lengthy note in which she announced that she is no longer a member of the production house, Clean Slate Filmz, which she had started with her brother, Karnesh Sharma many years ago. In the note, the actress revealed that she had taken this massive decision because she is a mother now, and she also wants to balance her life with her first love, that is acting. Thus, in order to achieve it, she needs to bid farewell to the work she was doing in her production house, Clean Slate Filmz. The doting sister handed over the entire responsibility to the co-founder and her brother, Karnesh and wished him good luck. An excerpt from her note can be read as:

"When I started Clean Slate Filmz with my brother Karnesh Ssharma, we were novices when it came to production but we had a fire in our belly and we wanted to try and set the agenda of entertainment in India through clutter-breaking content. Being a new mother who has chosen to be an actor by profession, I have to balance my life in an entirely new fashion like never before. So, I have decided that whatever time I have at hand, I will dedicate it to my first love, acting! Therefore, I have decided to step away from CSF, confident that the most able person, Karnesh, is taking forward the vision with which it was created in the first place." There's no denying that Anushka Sharma is balancing both her personal and professional lives quite perfectly. While on one side, she is leaving no stone unturned to make her daughter, Vamika Sharma Kohli happy. On the other side, she is also a part of some mega-movie projects. On January 6, 2022, Anushka had taken to her Instagram handle and had dropped the much-awaited teaser of her upcoming biographical drama, Chakda Xpress. The actress had announced her comeback from her sabbatical with a powerful teaser, and it showed her immense love for acting.

On January 12, 2022, Anushka Sharma had shared a picture from her daughter, Vamika Sharma Kohli's first birthday party, on her IG stories and had deleted it soon after. The mommy-daughter duo had twinned in white outfits for the birthday bash in the candid picture. Anushka could be seen holding Vamika in her arms as they had shared an adorable moment with each other. The place could be seen decorated with balloons. While Anushka had deleted the picture immediately, her fan pages were quick to take a screenshot of the same. Sharing the picture, atop it, Anushka had written: 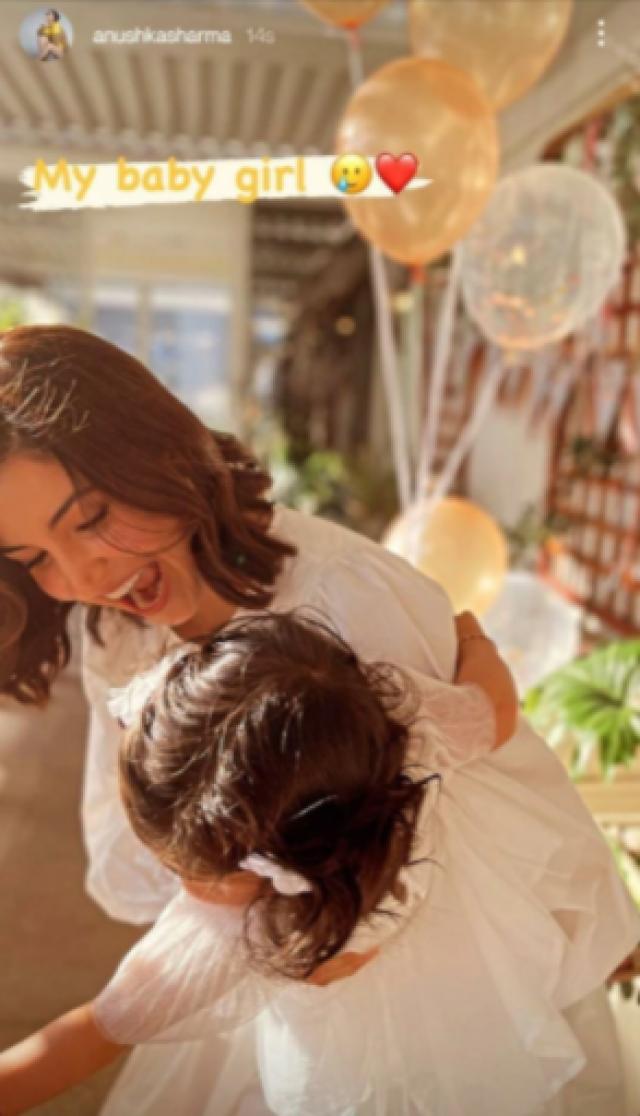 On the professional front, Anushka Sharma will be next seen in the films, Chakda Express and Kaneda. 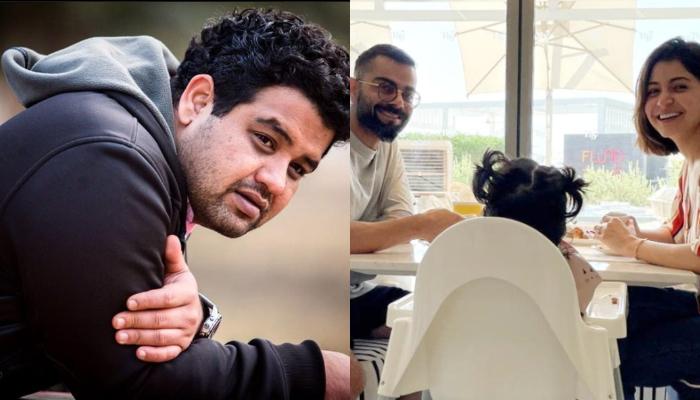 Anushka Sharma and Virat Kohli are the cutest and the most adored couples in the glamour world. Anushka has been the loudest cheerleader for her husband, Virat Kohli, and a hands-on mommy to their little bundle of joy, Vamika, whom they had welcomed into their lives on January 11, 2021. And