Newbie parents, Anushka Sharma and Virat Kohli clicked outside a clinic where they took their newborn for a routine checkup. Anushka looked stunning in her fit self!

When Anushka Sharma and Virat Kohli had announced the news of their first pregnancy, everyone had desperately waited for January 2021 to see Virushka’s first child. The happy day had finally come on January 11, 2021, when 'Viruska' were blessed with a nanhi pari, however, the parents were clear enough to maintain the privacy of their first child. The parents had requested the hospital and paps not to click any pictures of their newborn, and their wish is certainly a command for everyone. Well, if not the baby, the paps have clicked the new parents and we loved their first appearance post becoming parents. (Also Read: Armaan Jain Shares Unseen Photos With His 'Jaan' Anissa Malhotra For Her First Birthday Post-Wedding)

The ‘mere ghar aayi ek nanhi pari’ moment for Anushka Sharma and Virat Kohli had finally happened on January 11, 2021. New father, Virat Kohli had dropped a cute baby arrival announcement and had shared that he has finally become a ‘papa bear’ of a baby girl. Taking to his Instagram handle, he had shared a picture of a note, which could be read as "We are thrilled to share with you that we have been blessed with a baby girl this afternoon. We thank you all for your love, prayers and good wishes. Anushka and the baby are both healthy and we are feeling beyond blessed to start this new chapter of our lives. We hope that you can respect our privacy at this time. Love, Virat." 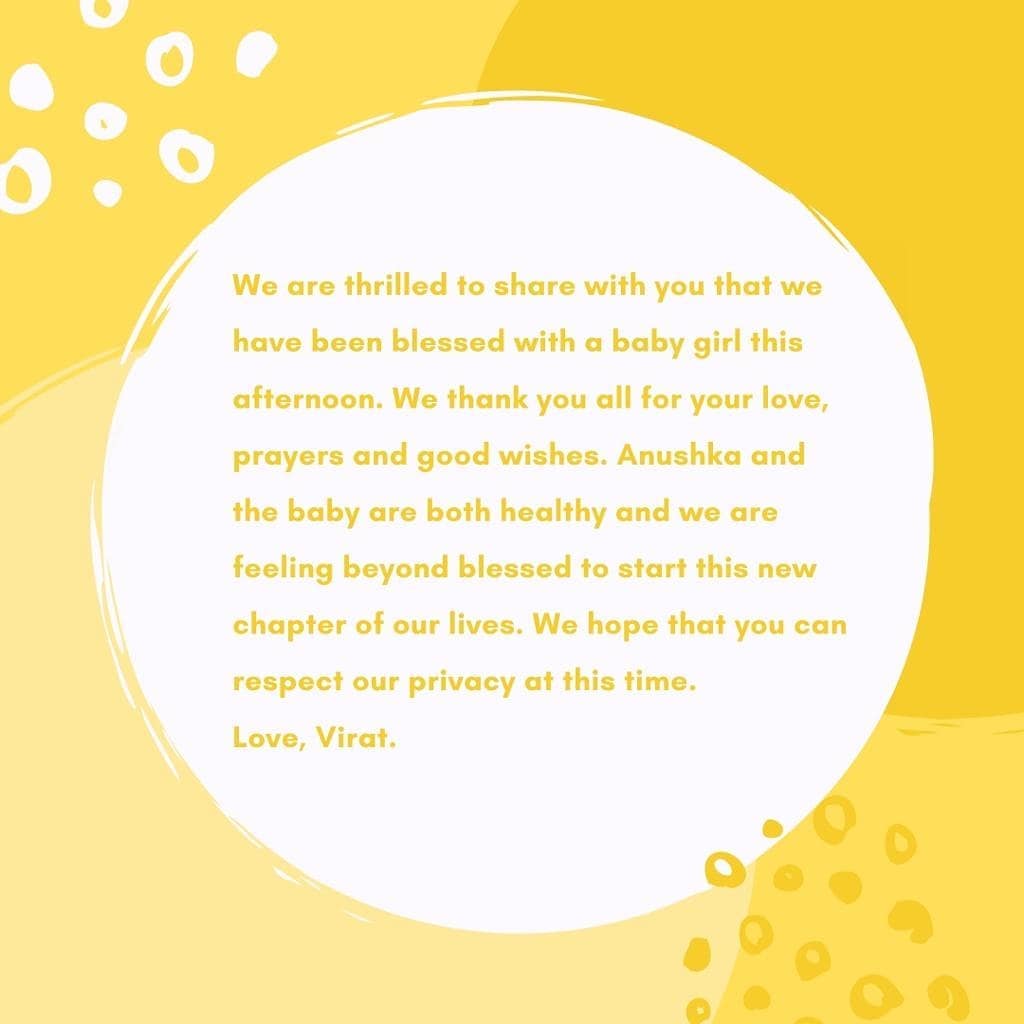 Well, Virat and Anushka’s plea to respect their privacy and not click their baby girl's pictures is fulfilled by the paps! A few hours back, newbie parents, Anushka Sharma and Virat Kohli were spotted outside a clinic in Mumbai, where they took their baby girl for a routine checkup. Considering their humble request, the paps only captured the new parents, and Anushka and Virat too delighted the paps by posing for them. While Virat donned an all-black outfit with white sneakers, Anushka opted for an all-denim look with white sneakers. Anushka looked gleamingly beautiful and fresh and looked like she has shed all the pregnancy weight. Take a look:

According to the reports of ETimes, Virat and Anushka are very particular about their child’s privacy and do not want anyone to breach it. They had put strict restrictions at the hospital in Mumbai where their baby was born. Reportedly, the couple had also denied the entry of close relatives. Not only this, even the visitors in the nearby rooms were also not allowed to have a look at the newborn. Virat and Anushka had also sent gifts to the paps, requesting them to respect their child’s privacy and not click any pictures of their newborn. And now, paps have valued their privacy and didn’t bother their newborn with their camera flashes. (Don't Miss: Manoj Tiwari Announces The Name Of His Newborn Daughter, He Is No More 'Rinkiya Ke Papa') 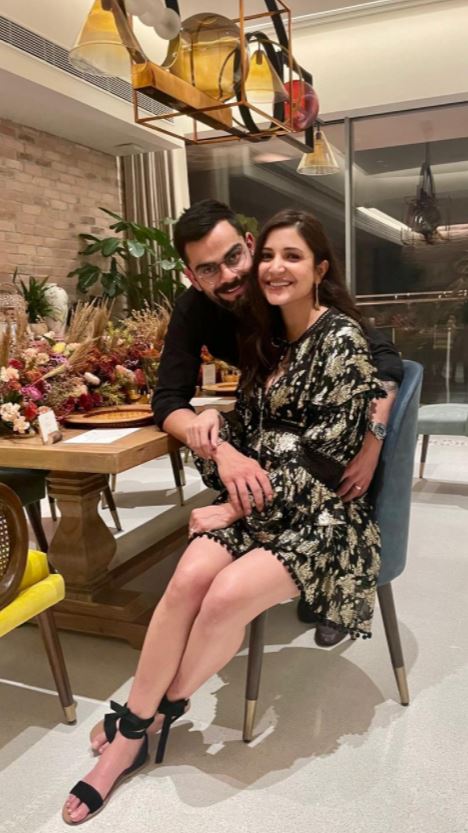 In an interview with the Vogue, Anushka Sharma had talked about how the couple wants to nurture their child and not raise a brat, Anushka had said, “There are so many similarities in the way we are as people and the way we approach life. So, I do think that will work for us. I’ve been thinking about it before I even became a parent. Conditioning is the most important role in how we see the world. I come from a progressive background, so that will always be a part of our home. Love is the underlying factor in our home, and what’s important to us is that our child be respectful of people. You have to create that value structure. We don’t want to raise brats.” 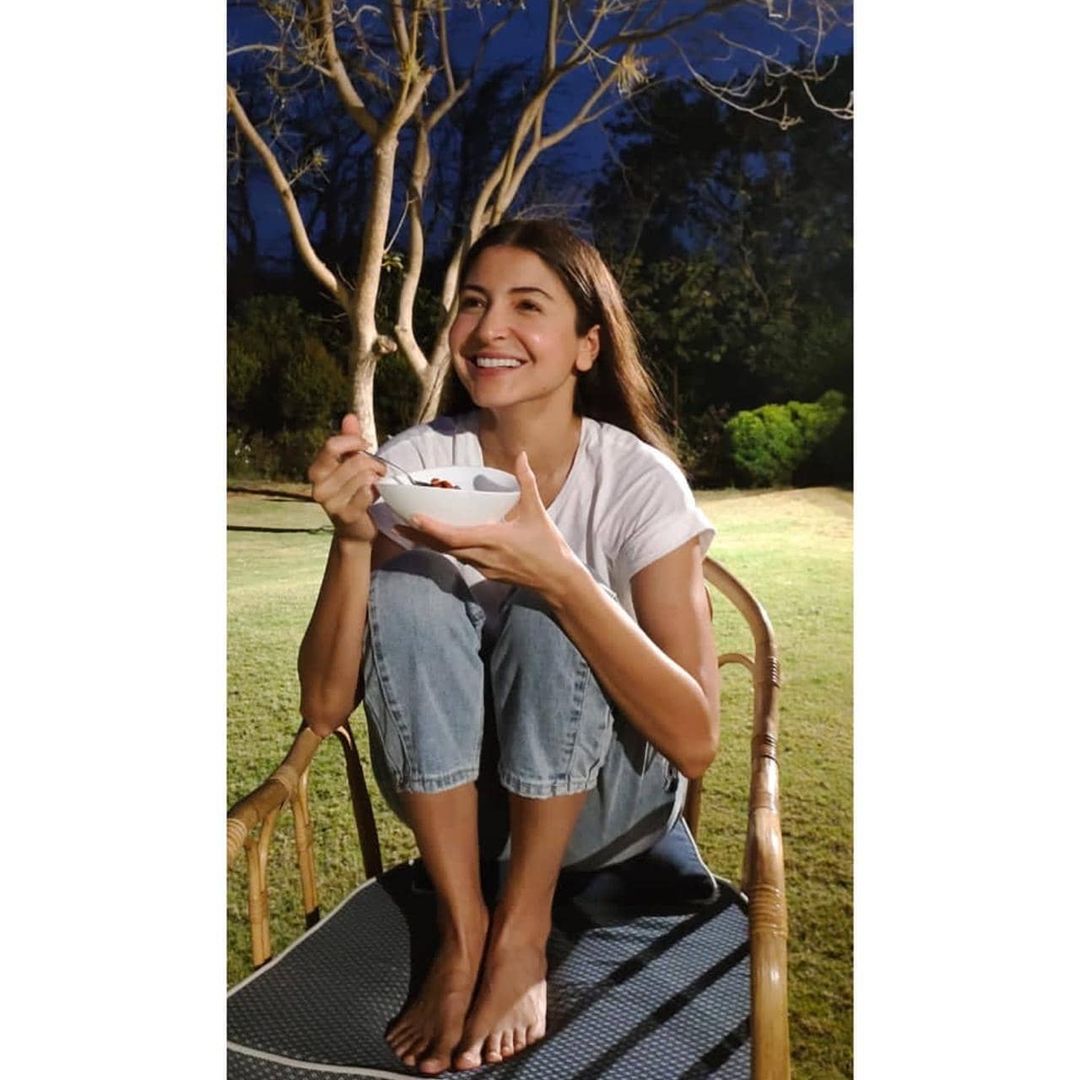 Stating that the couple wants to provide a normal life to their child, Anushka Sharma had continued, “We’ve thought about it a lot. We definitely do not want to raise a child in the public eye—we don’t plan on engaging our child in social media. I think it’s a decision your child should be able to take. No kid should be made to be more special than the other. It’s hard enough for adults to deal with it. It’s going to be difficult, but we intend to follow through." (Recommended Read: Varun Dhawan's Uncle, Anil Confirms His Wedding With Natasha Dalal On January 24, [Venue Pic Inside])

We cannot wait to see Virushka’s little one! 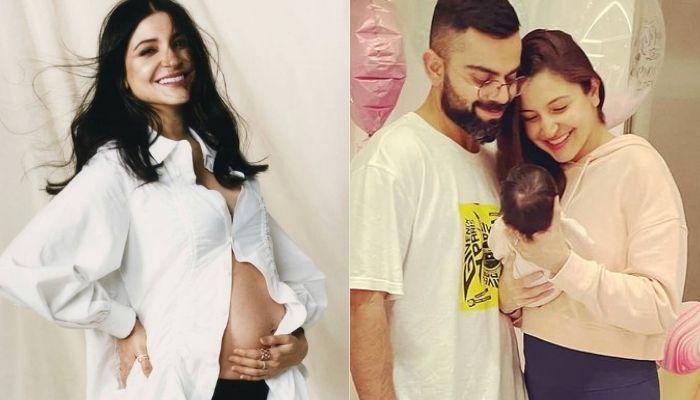 Anushka Sharma and Virat Kohli had ‘promised each other to be bound in love forever’ on December 11, 2017, in an intimate wedding in Italy. It was after almost three years of their married life that the two had announced their first pregnancy. On January 11, 2021, Anushka had given birth