Ankita Bhargava Reveals How Their Pooch Reacted When Mehr Was Born, Shares A Throwback Picture

Ankita Bhargava Reveals How Their Pooch Reacted When Mehr Was Born, Shares A Throwback Picture

Ankita Bhargava shared a throwback picture with her little angel, Mehr and their pooch, Naughty. She revealed how Naughty reacted when Mehr was born and everyone's attention shifted to her.

The entire phase of parenthood is filled with lot of emotions. From the beginning of the pregnancy to the moment you see the face of your little munchkin, every second seems surreal. But if you have a fur baby at home, then it definitely prepares you to master the art of parenting. From taking care of their food habits to playing with them, pet parents are very emotional about their ‘four-legged’ beings. And when a couple embrace parenthood and bring their child home, all they wait to see is how their little one bonds with their pooch. (Also Read: Neeti Mohan And Mukti Mohan Pen Adorable Birthday Wishes For Sisters, Shakti Mohan And Kriti Mohan)

Television couple Karan Patel and Ankita Bhargava are proud parents to not just their baby girl, Mehr but are also pet parents of their fur baby, Naughty. The doting mommy, Ankita makes sure that her daughter grows up in the company of her bade bhaiya, Naughty. We remember once Ankita had shared a cute picture of her daughter with her pooch. In the picture, we could see her fur baby putting his head on little Mehr, but it was their baby girl's charm bracelet with a cute paw and little feet detailing that made it extra special. Along with it, Ankita had written, "My heart knew that this would happen one day."

Ankita Bhargava Trolled For Not Revealing Her Daughter, Mehr's Face As She Completes Ten Months

Ankita Bhargava Reveals How And Why She Had Opted For A C-Section Delivery, Shares Her Birth Plan

Ankita Bhargava And Karan Patel Play With Their Baby, Mehr, She Pens A Poem For Her Family Of Three On October 12, 2020, Ankita took to her IG handle and shared a throwback picture with Mehr and Naughty. Along with the picture, Ankita revealed how after Mehr’s birth, Naughty went through a plethora of emotions and wrote, “And then there were Two...! Naughty is my first born. But as goes with all the 1st borns, when the second child comes into the picture the first baby of the house feels a plethora of emotions. HAPPINESS, JEALOUSY, FOMO, DISCONNECT, CONFUSION, EXCITEMENT. With Mehrz arrival I got really really busy,I am a hands on Mom and i aimed at being capable of doing everything and not relying on help for my offspring.” 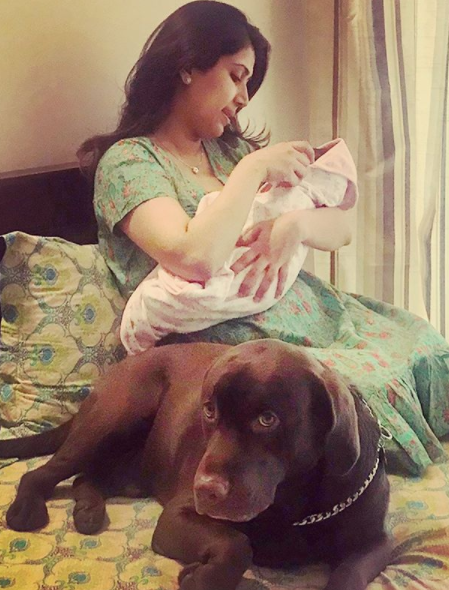 Ankita further revealed how her husband, Karan and in-laws showered extra love to Naughty so that he doesn’t feel left out. Ankita continued, “Thus my focus had shifted more towards Mehr only because my Husband and In laws stepped up and showered Naughty wit Exxxxtra TLC, More than ever! Just to make him feel comfortable with the idea that his Mamma is a lil Exxxxtra busy with his sister! We never scold him for sniffing her head or licking her hands, Infact we acknowledge and thank him for being gentle with her. Karan and I both are big believers in the immunity boosting effects that animals have on Lil babies! And we want our daughter to be loving, caring and empathise with animals right from the start!” (Also Read: Tara Jay Bhanushali Loves Mommy, Mahhi Vij's Lipstick, Tries To Eat It As She gives A Peck) She concluded her note by stating how Naughty pretends he doesn’t care about Mehr but keeps a constant check on her. Ankita ended the note as “So basically He pretends that hez not really into her, maybe hez still part jealous but none the less, He wants to be around her! He sits with me when i feed her! He paces up and down the room when she cries! He intuitively asks around to come and help when she howls randomly! He never messes with her Toys! Ab ye pyaar nahi to kya hai.” Coming back to how the couple is taking on their role as newbie parents, Ankita had talked about the same in an interview with SpotboyE. She had revealed how Karan is handling fatherhood and had shared, "I was in Operation Theatre and Karan was with me inside. The moment doctor informed us that it's a baby girl we were overjoyed as both of us wanted a girl and it happened. Our day starts with Mehr and ends with her. There is nothing else and nobody else on my mind. I try to accommodate Naughty in her schedule now because he is our first child and I have to balance both of them. I have to be with her all the time as she needs me the most." (Also Read: Mira Rajput Shares How She Became 'Punjabi' From 'Sindhi' After Marrying Shahid Kapoor With A Quirk) 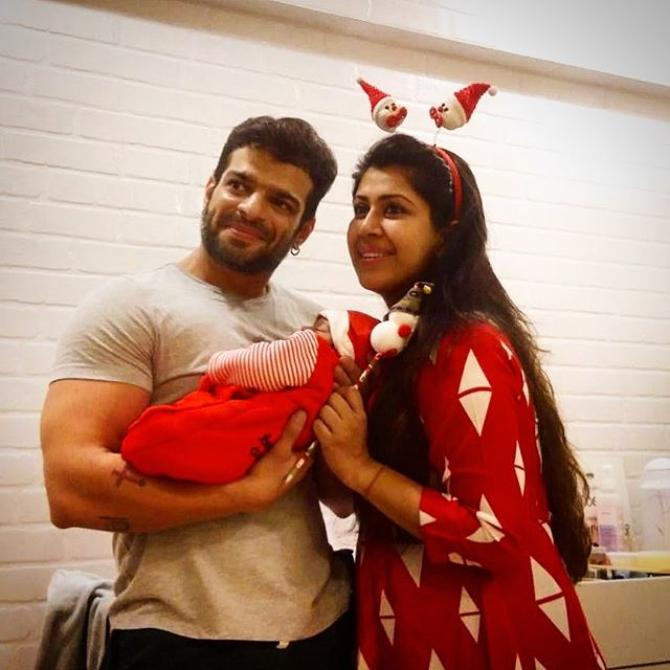 Are you also a pet parent? Let us know.