In her recent interview with a leading daily, Ankita Lokhande opened up about the real reason why she had got married to her longtime boyfriend, Vicky Jain. Find out!

Television actress, Ankita Lokhande had stirred the internet with snippets from her wedding festivities with her longtime boyfriend, Vicky Jain. Social media was flooded with pictures and videos from their wedding and pre-wedding ceremonies, and we could see that the couple had a grand and fun-filled wedding. Now, in an interview with a leading daily, Ankita opened up about the real reason why she had got married to Vicky, and it'll make you love them even more.

It was on December 14, 2021, when Ankita Lokhande had tied the knot with her longtime boyfriend, Vicky Jain. Soon after their wedding, she had shared a series of pictures from the same on her IG handle. She had donned a beautiful golden lehenga for the wedding with uncut polki jewellery from the designer, Manish Malhotra. On the other hand, Vicky had opted for a cream-coloured sherwani. Ankita had captioned the photos as: In an interview with the Hindustan Times, Ankita Lokhande opened up about her marriage with Vicky Jain and revealed the real reason for tying the knot with him. The actress also added that she and Vicky had partied for three days after their marriage and admitted that they just wanted to spend the money. Ankita also addressed the much-asked question, 'What changed in your life after marriage?'. The Pavitra Rishta actress answered that there were no changes in her life after her marriage with Vicky. She said:

"I got married so I could party. You know we partied for three days? We just wanted to spend that money. I do not think there is a change. What change do people expect? I do not know, nothing has changed for me. It also depends on how you look at it. Some people take it very seriously. It is not a responsibility to fulfil, it is just about happiness. We are happy and that is all that matters." 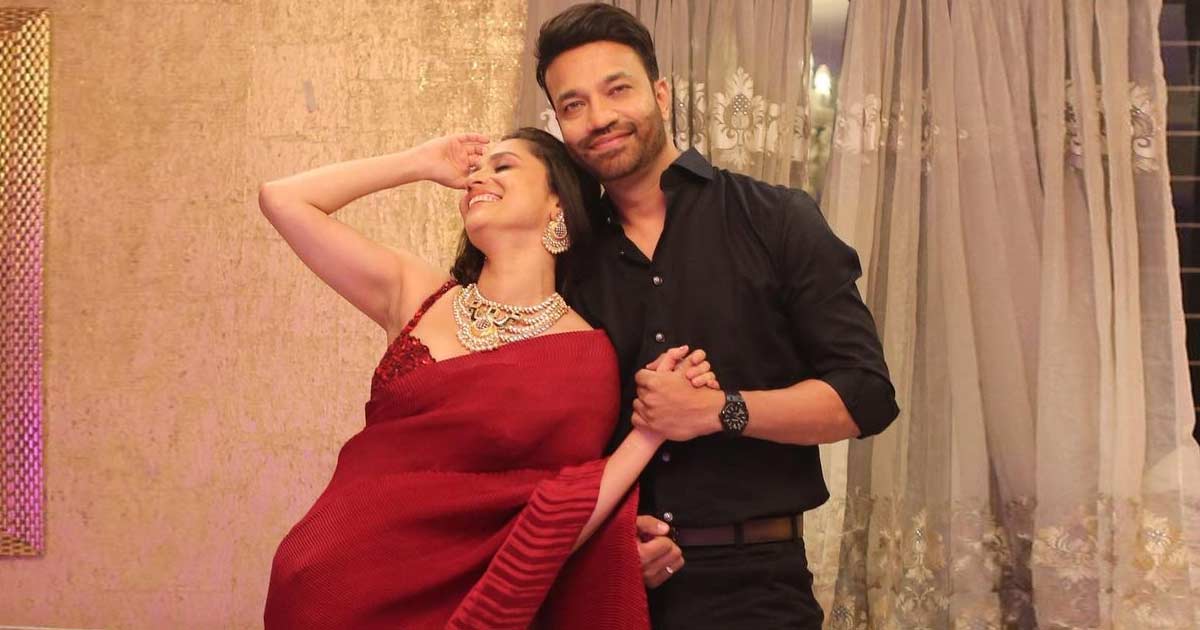 On January 18, 2022, Ankita Lokhande had taken to her IG handle and had shared a happy picture with her husband, Vicky Jain. In the photo, the newly married couple had smiled as they had struck a pose for the camera. The two were seen smiling ear to ear as they had donned casual attire. While Vicky had sported a yellow undershirt, Ankita could be seen wearing a blue T-shirt. The actress had captioned her photo as:

"From friends to forever #anvikikahani."

Don't Miss: Raqesh Bapat Reacts To Shamita Shetty's Vow To Get Married In 2022, Says, 'I Agree With Her' 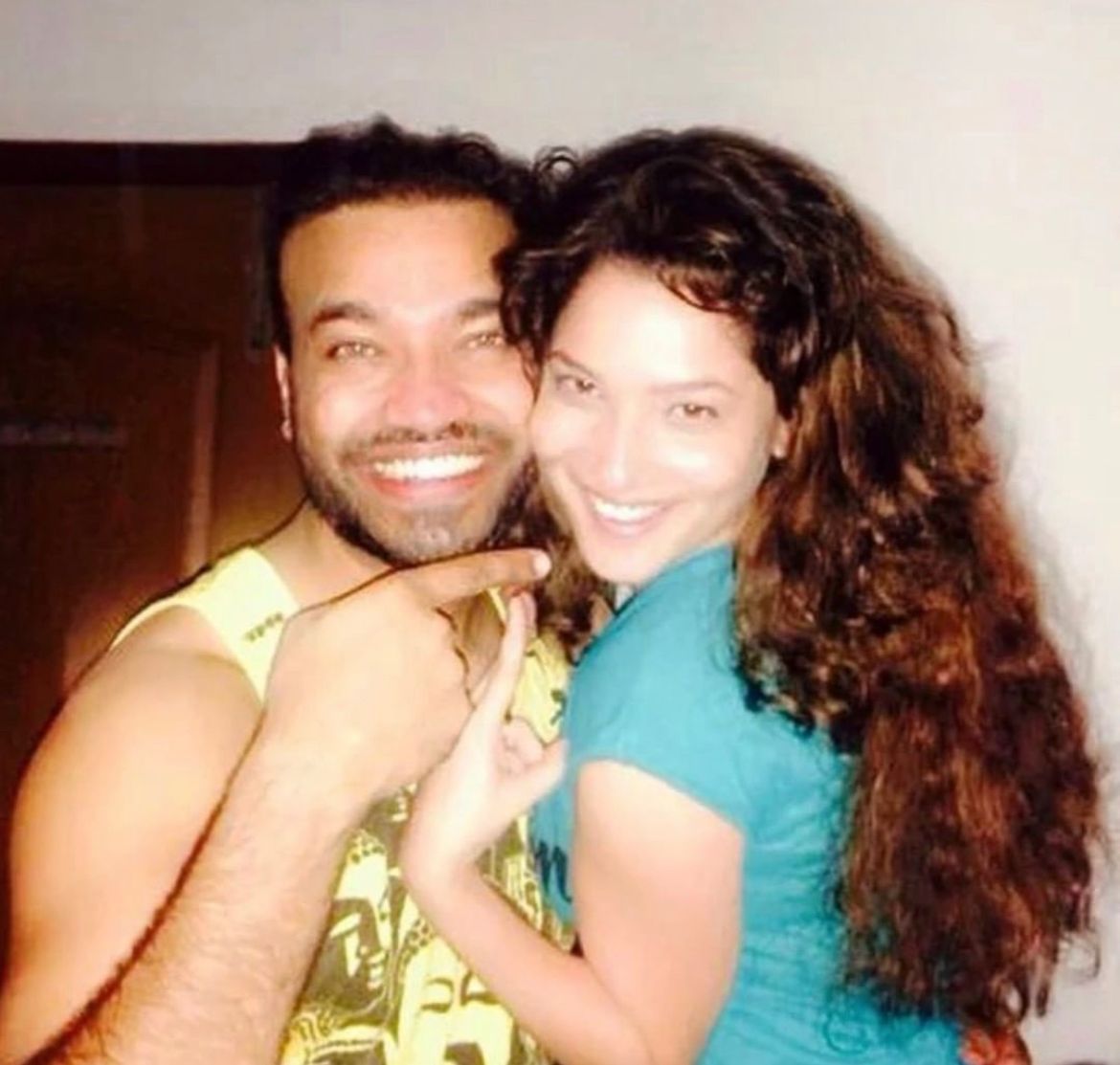 Earlier this year, in another interview with the Hindustan Times, Ankita Lokhande had opened up about her wedding for the first time after tying the knot with businessman, Vicky Jain. From talking about her beautiful bridal entry to her three-day-long affair, Ankita had revealed that things had gone as they had planned. Mentioning that their wedding was not too much 'tadak bhadak', she had said:

"It was subtle and full of feelings. And I was just happy that I was getting married. I had fun at my wedding. It was beautiful. People were literally crying. Vicky was also crying when he saw me. And I'm happy that I did that to him. However, the minute I saw my dad crying, I started tearing up. Everyone has their own wedding plans. Vicky and I planned a few things too. Jo socha tha usse kahin zyada achchi ho gayi cheezein. My wedding was not too much tadak bhadak. It was very classy, just the way I wanted it." 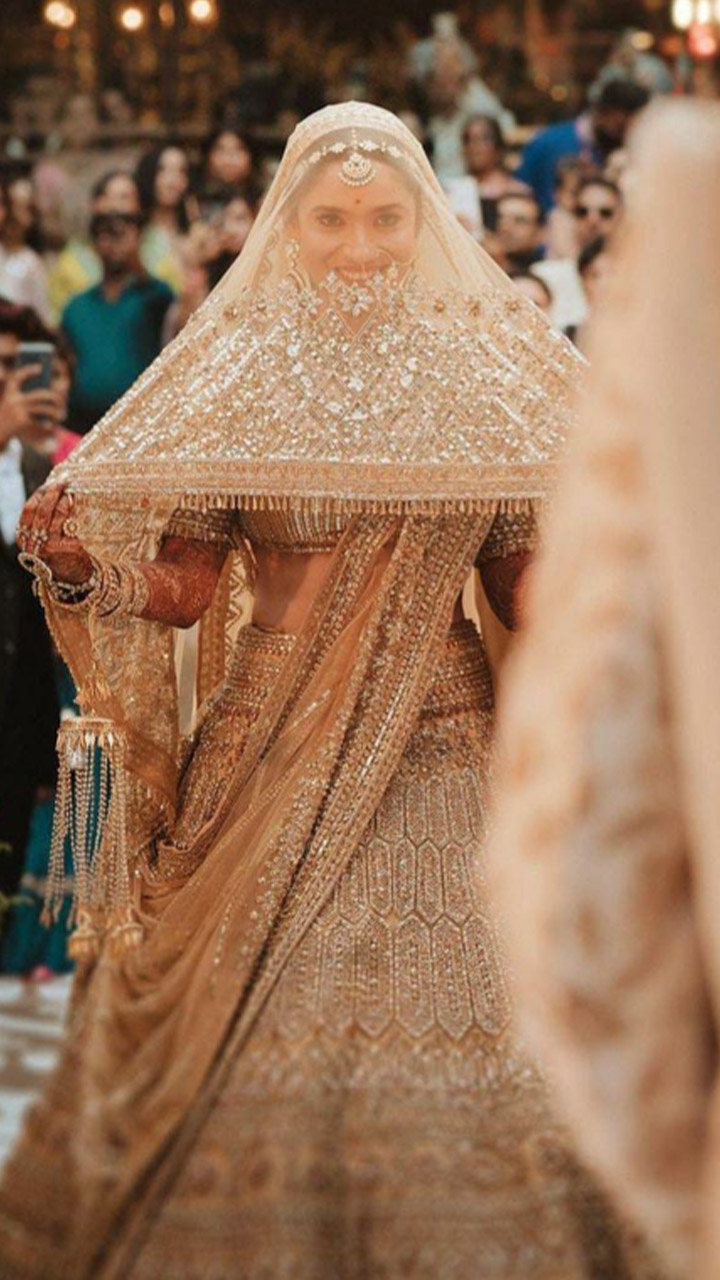 On the work front, Ankita Lokhande was last seen in the show, Pavitra Rishta 2. 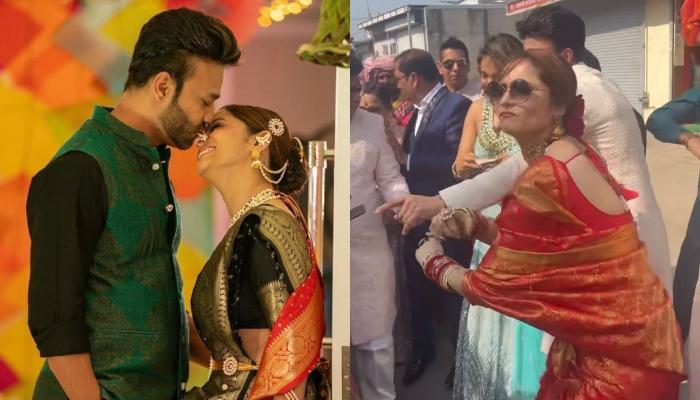 Popular actress, Ankita Lokhande is enjoying her married life with her hubby, Vicky Jain, to the fullest. It was on December 14, 2021, when Ankita and Vicky tied the knot with each other and started their forever journey together. The couple is currently at a family wedding with the Jain family,