Finally, on February 21, 2021, our wait came to an end when Anita Hassanandani and Rohit Reddy introduced us to their newborn son and officially announced his name on social media.

It was in 2013 when Sindhi girl, Anita Hassanandani had tied the knot with a Telugu guy, Rohit Reddy and after seven-and-a-half years of marital bliss, the couple had welcomed a piece of their heart. In February 2021, Anita and Rohit embraced parenthood for the first time and their ‘happily ever after’ journey became even more beautiful and blissful with the arrival of their little prince, Aarav Reddy. Though Rohit and Anita had kept their pregnancy a secret initially, post the announcement the couple made sure to keep their fans a part of their journey and did share snippets of their pregnancy diaries. From the past few months, we have seen Rohit impressing us with some VFX tricks in his videos and to introduce Aarav to the world, the couple chose the most unique way ever! (Also Read: Karisma Kapoor Cannot Keep Calm As She Becomes A 'Maasi' Again, Shares A Rare Picture With Kareena)

To announce the arrival of their baby boy, Rohit Reddy had posted a picture from their pregnancy photoshoot, in which Anita Hassanandani had flaunted her baby bump as he planted a kiss on her cheek. With 'it's a boy' written on a blue kiddie dress on the picture, Rohit had captioned it as “Oh Boy!” Anita and Rohit had sent hampers to their friends from the industry to celebrate the arrival of their son and as everyone congratulated the couple on social media, it was Bharti Singh’s congratulatory video that revealed the name of the newborn. Giving a closer glimpse of the hamper, Bharti had congratulated the couple and it mentioned the Instagram ID of Anita and Rohit’s newborn, revealing the name to be Aarav Reddy. 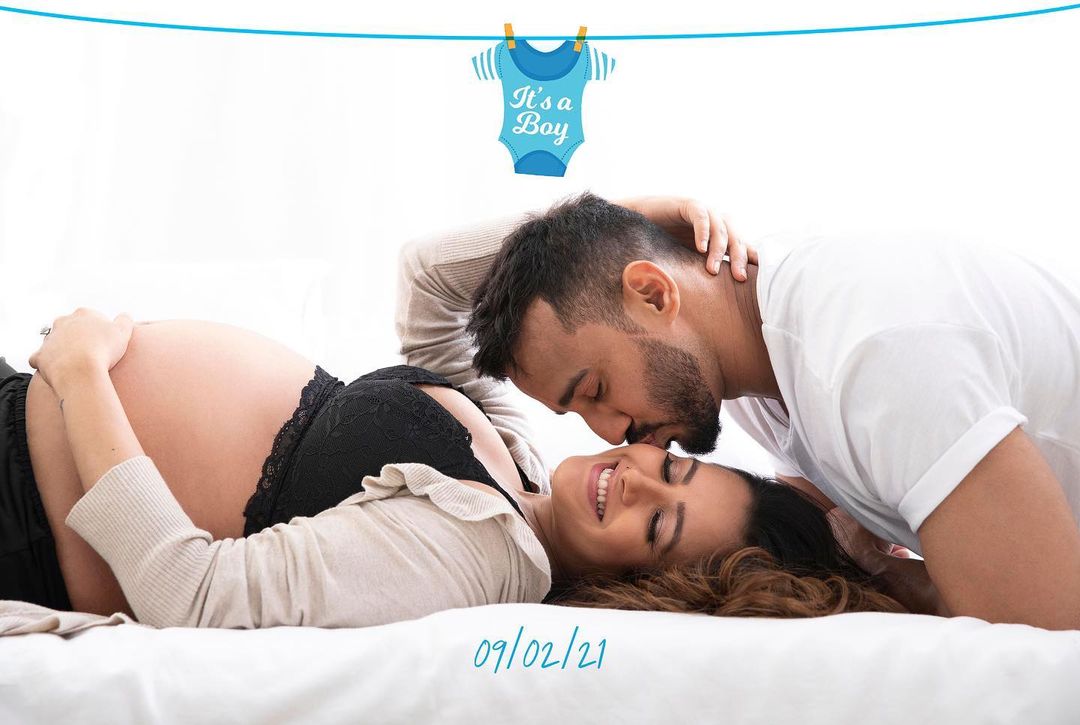 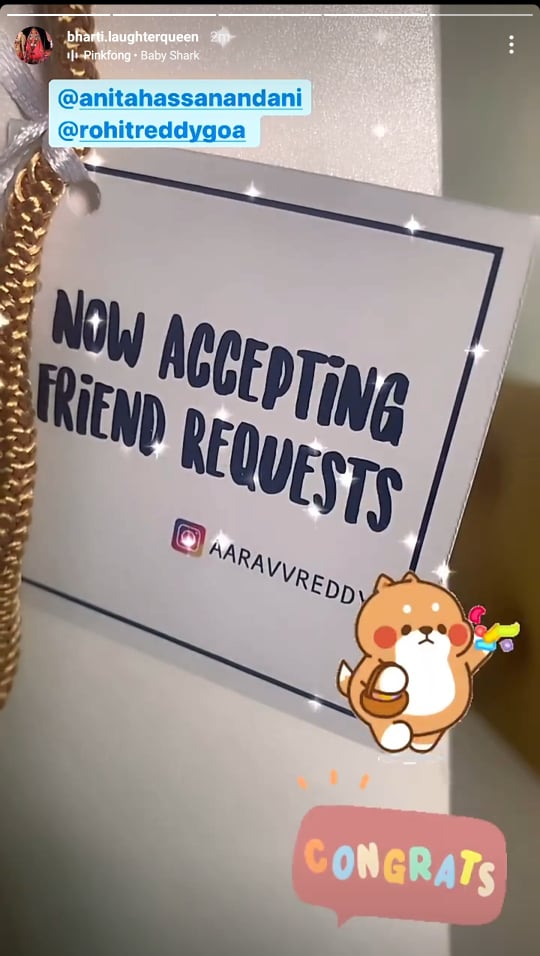 Finally, on February 21, 2021, our wait came to an end when Anita Hassanandani and Rohit Reddy introduced us to their newborn son and officially announced the name on social media. Just as unique Anita and Rohit have always been in making special announcements of their lives, how can the big revelation of their newborn son’s name and face couldn’t be quirky? In the video montage, the first frame has Anita with a large bomb painted on her baby bump and as the bomb explodes, the dhamaka introduces us to their newborn son, Aarav Reddy, who is peacefully sleeping in his mother’s arms. The first family pictures of Anita and Rohit with Aarav are sheer delight and we cannot stop adoring the little one in the video. While Anita captioned her post as “And our baby AARAVV has arrived 9/02/2021”, Rohit wrote, “AARAVV has arrived! #firstglance”.

Before making the big revelation, Anita Hassanandani teased her fans with a ‘you see me, you see me not’ picture with her newborn son, Aarav Reddy. In the picture, Anita and Aarav twinned in white. In another picture, Anita gave a glimpse of her post-pregnancy body and wondered in the caption, “Looks like I still have a baby in me or maybe all the pizza I ate for 9 months”. In her next story, Anita mentioned a special request to her hubby, Rohit Reddy, “Sleepy yes not tired #BestFeeling EVVA! I already want another baby @rohitreddygoa”. The excited newbie mommy also revealed that her weight loss program will start after six months and ‘until then, a happy cow’! (Also Read: Soha Ali Khan Gives A Glimpse Of Her Little Munchkin, Inaaya Naumi Kemmu Building A Dollhouse) 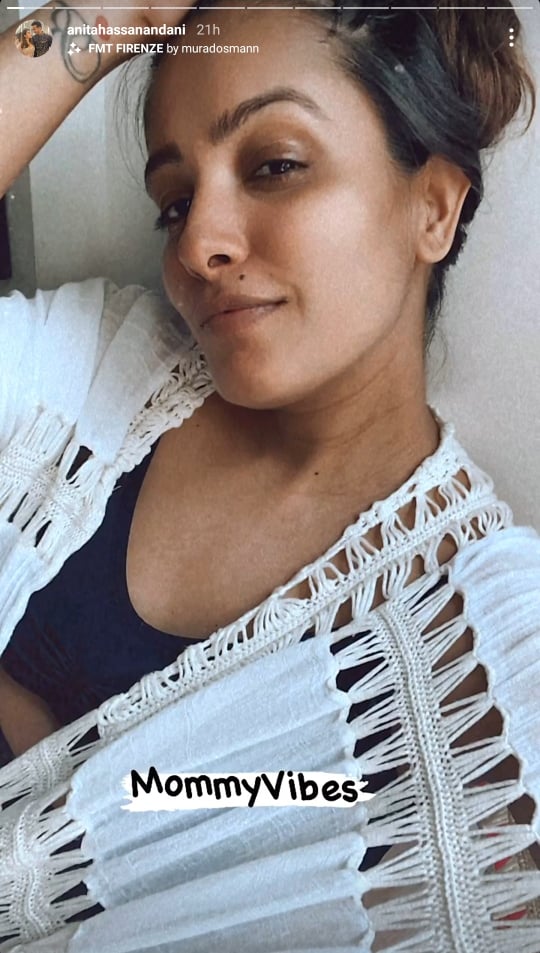 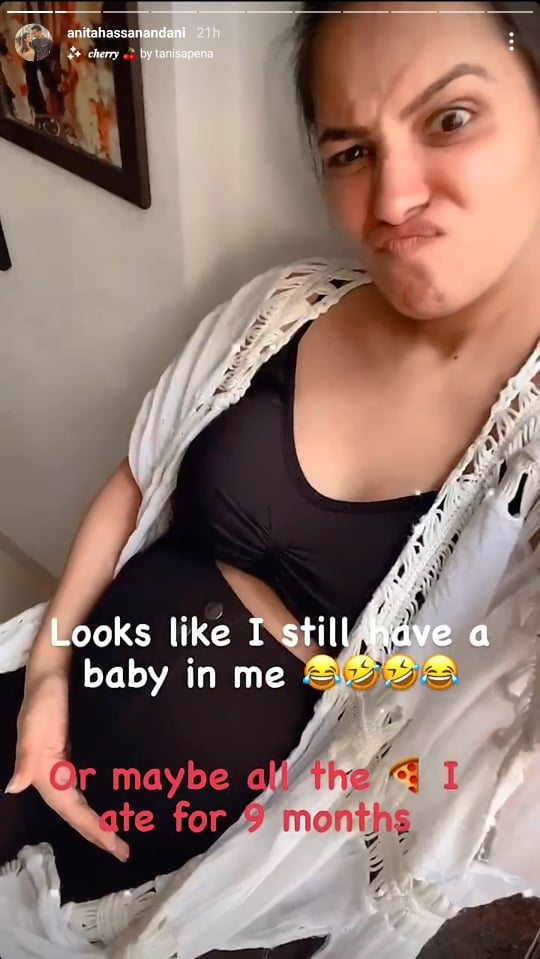 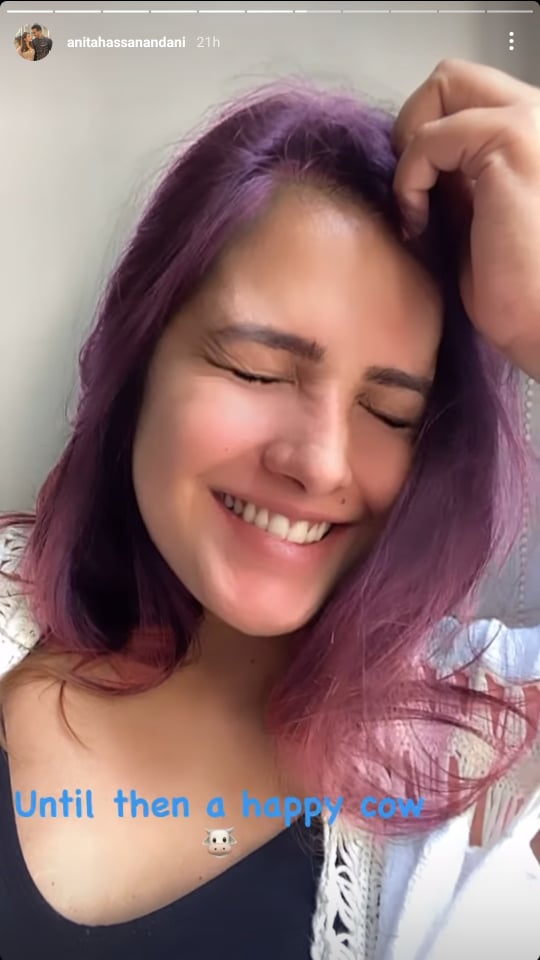 When Anita Hassanandani had given birth to her son, Aarav Reddy, her closest friends, Ekta Kapoor and Mushtaq Shiekh were at the hospital to be with the newbie parents and had shared pictures and videos of the couple, in which the smiles on their faces had spoken volumes about the happiness in their hearts. In a video posted by Ekta on her IG stories, we had seen a glimpse of newborn Aarav on his father, Rohit Reddy’s mobile screen and the little one seemed too adorable for words. Here’re the screenshots of the little one’s first glimpse: 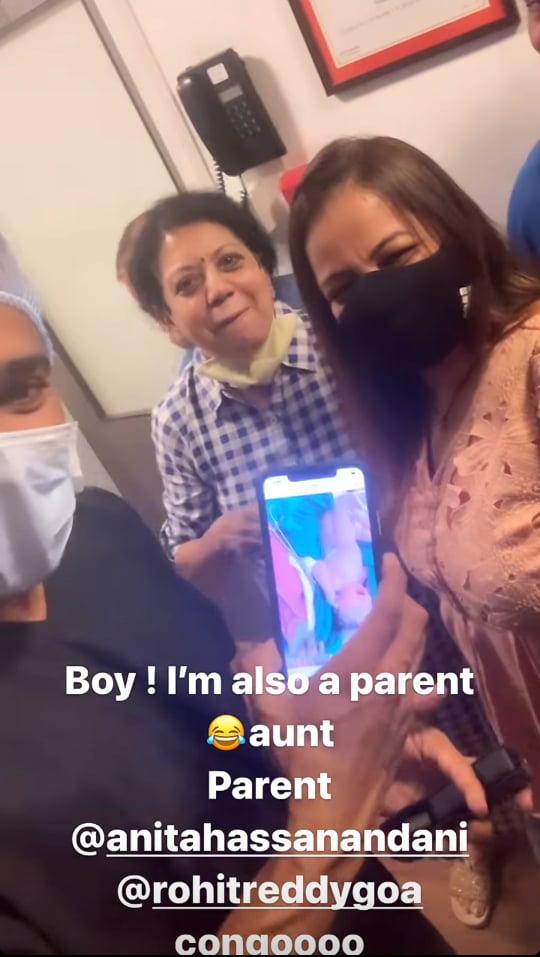 Despite being busy with his professional commitments, Rohit Reddy had made sure to spend quality time with his then-expecting wife, Anita Hassanandani. Praising Rohit for being so supportive and sharing her firm belief in #ItTakes2 when it comes to parenting and pregnancy, Anita had written in a post on Instagram, “As a mom to be, I have never stood alone. My wonderful, supportive husband @rohitreddygoa has shared the jitters, joy and more importantly, the responsibility. In his own way, this daddy-to-be has gone through a tower of books, parenting videos and even gives me the right advice just when I need it! You see, #ItTakes2 and equal parenting is something we strongly believe in.” (Also Read: Amrita Rao Reveals The 'Hot' Compliment She Received From Hubby, RJ Anmol Post Delivering Son, Veer) 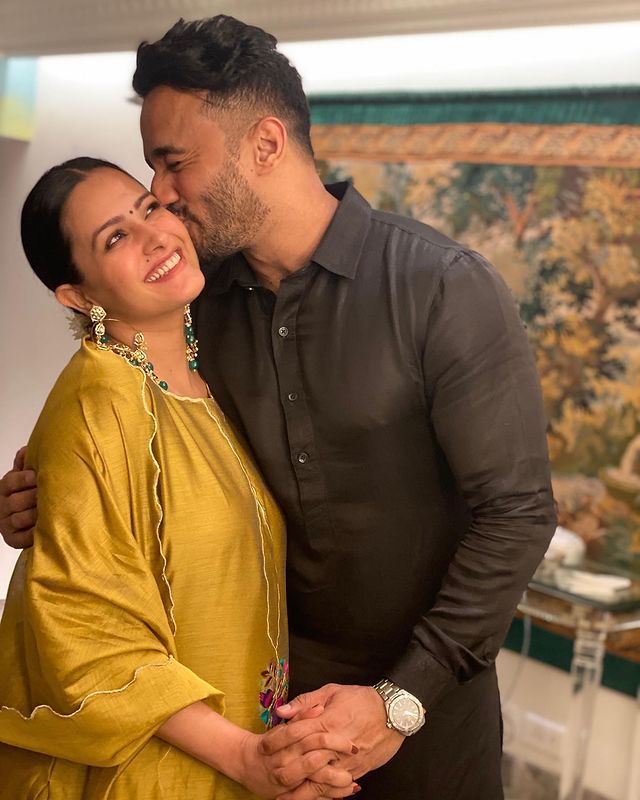 Isn’t baby Aarav adorable beyond words? Much love to the little one!