Anita Hassanandani and Rohit Reddy's IG handles are filled with glimpses of their little wonder. Scroll down to see the latest picture of the adorable couple's baby boy!

Television couple, Anita Hassanandani and Rohit Reddy's pregnancy phase was one of the funniest ever. From a creative and sweet pregnancy announcement to hilarious glimpses of those nine months, including the expecting mommy's food cravings, the elated soon-to-be daddy's funny pranks, we had seen and loved it all. Now, as the baby Hassanandani-Reddy has arrived, the newbie parents are elated beyond measure. Anita and Rohit's IG handles are filled with glimpses of their little wonder. Scroll down to see the latest picture of the adorable couple's baby boy! (Recommended Read: Pregger Neeti Mohan Shares Glimpses Of Her Pregger BFF, Harshdeep Kaur's 'Godh Bharai Rasam')

Anita Hassanandani had given birth to a baby boy on February 9, 2021. But it was on February 21, 2021, that the newbie parents had finally introduced their little wonder to the world with the cutest video. In the video montage, we could see that Anita has a large bomb painted on her baby bump and as the bomb had exploded, their newborn son, Aarav Reddy could be seen peacefully sleeping in his mother’s arms. While Anita had captioned her post as “And our baby AARAVV has arrived 9/02/2021”, Rohit had written, “AARAVV has arrived! #firstglance”.

Baby Aaravv has an Instagram page of his own with close to 30K followers. His doting parents, Anita Hassanandani and Rohit Reddy manage the account. A few moments ago, we found a cutesy picture of Aaravv in which he can be seen lying in his cot under the sun, soaking up some warmth. Alongside the adorable picture, it was written, "They say I must sunbathe. Can you already take me to GOA @rohitreddygoa @anitahassanandani." 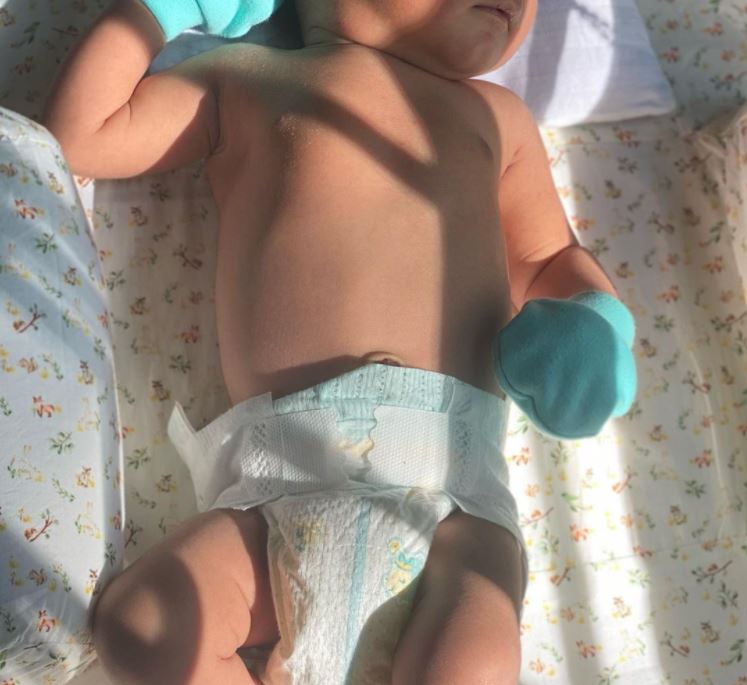 On February 22, 2021, we had gotten a glimpse of baby Aaravv's morning ritual with his dad, Rohit Reddy and it was too adorable. Rohit could be seen adoring his little boy as Aarav had yawned in the picture, trying to hold his dad’s finger. The cute picture was captioned as “Morning ritual with dad @rohitreddygoa.” (Also Read: Ankita Lokhande Badly Trolled By Her Late Ex-BF, Sushant Singh Rajput's Fans For Her Latest IG Reel) 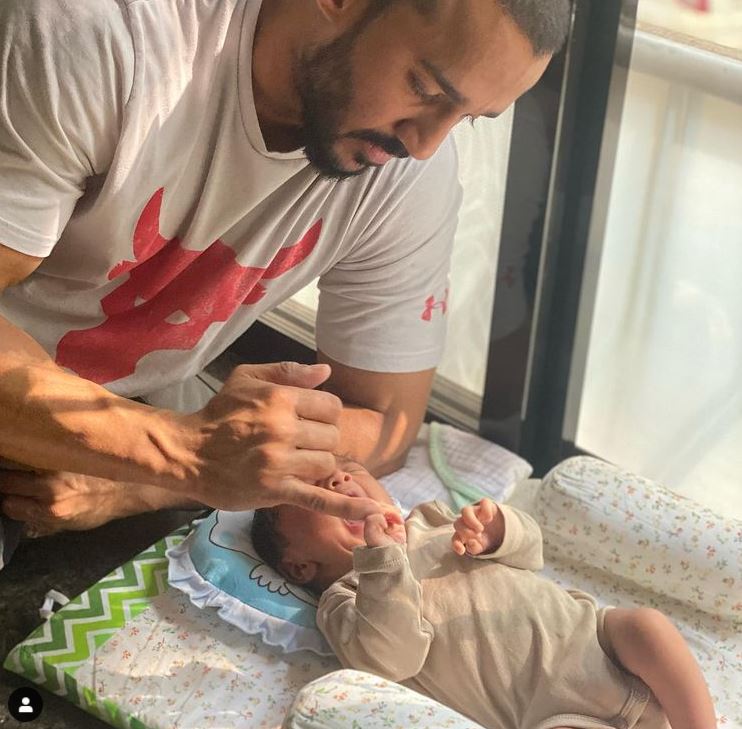 In an interview with Times Now Digital, Anita Hassanandani had revealed the preparations they had done for their baby and how she kept calm during the pregnancy. Anita had said, "I feel so ready! We have also put together a very special crib just for our baby-to-be. In fact, I have done so many photoshoots but nothing can compare to the fun I had during my maternity shoot." Revealing how she had remained happy and calm during pregnancy, Anita had continued, "I have been practicing yoga and meditation for years and more so during pregnancy. I sit down in my favourite quiet spot at home, close my eyes and just breathe. I do this about two-three times a day. I also read as much as I can on parenting, and what to expect when your little one comes. My pet also keeps me calm. Animals are great around kids too and we cannot wait for our baby and puppy to meet." 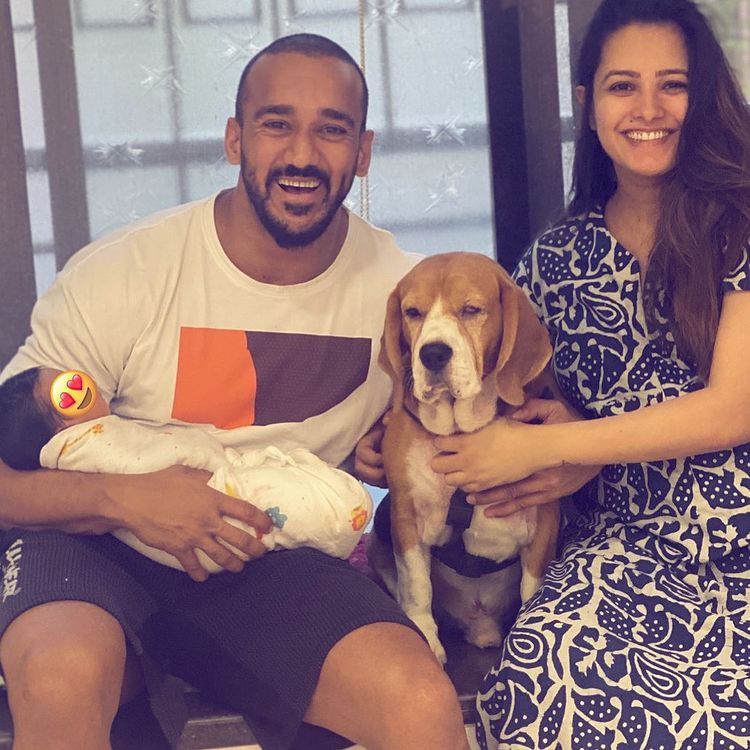 Anita and Rohit's pooch, Mowgli Reddy and their baby, Aarav Reddy were caught in a beautiful moment on February 23, 2021. The beautiful moment was captured and shared on baby Aaravv's IG handle. In the picture, Mowgli had looked at the newborn with utter love and wonderment, while Aaravv was sleeping peacefully. The picture was captioned as “My brother and I finally seem to have gotten along! Either that, or, he’s looking to gobble me up in this picture...” (Don't Miss: Rajeev Sen Pens A Lovely Birthday Wish For His 'Jaan', Charu Asopa With Glimpses Of The Celebrations)