It seems Sonam's parents, Anil Kapoor and Sunita Kapoor are prepping themselves to strengthen their bond even more. Scroll down to know more!

The lockdown phase is bringing us close to our loved ones. Who would have ever thought of taking out time to spend with family and reinstate their foundation of love! We are sure, nobody would have ever thought of it, or even if someone would have, then sure their busy schedules would not have allowed them to do it. Life earlier was a mess. If you think about it, we were all working like machines and have had turned into robots more than humans. All we were worried about was our 9 to 5 jobs, our presentations, our boss’ scolding and deadlines. In completing those deadlines, we utterly forget that we will be dead by the time we all are done with this and will never have any time to spend with the people, who really matter to us. Thus, probably lockdown was necessary as it is bringing families closer and making people more social, as earlier people did not even have time to make a phone call and now most of us are busy video calling our friends and distant relatives. Well, as they say, everything is a two-way sword. Nonetheless, as we said, it is doing great for the families, and Bollywood stars are enjoying this precious time the most. (Also Read: Adnan Sami Wishes His 'Jaan', Medina On Her 3rd Birthday, Says Trying Times Won't Lessen My Joy)

One of the Bollywood families that make it to the headlines has to be the Kapoor family of B-town. No, we are not talking about the late Rishi Kapoor family, we are talking about the Anil Kapoor family. A single post on social media and their fans and media go crazy over them. From Sonam-Anand’s love to Janhvi-Khushi’s sibling stories, or Anil Kapoor’s fitness regime, we love it all. Well, May 08, 2020, marks the 2nd Anniversary of ‘everyday phenomenal’ couple, Sonam Kapoor and Anand Ahuja, and it seems, Sonam’s papa and mummy, Anil Kapoor and Sunita Kapoor are also prepping themselves to strengthen their bond even more. On May 07, 2020, Anil Kapoor took to his Instagram handle to share pictures from his carrom game with none other than his dearest wife, Sunita Kapoor. In the first picture, Anil can be seen aiming for the queen on the board, while in the second picture his real-life queen, Sunita Kapoor can be seen keenly looking at the shot that Anil is going to play. Sharing the picture, Anil wrote, “And the winner is.... Me (Obviously)! 1: @kapoor.sunita 2: @rheakapoor #quarantinegames #chasingthequeen #candids #stayhomestaysafe.” Have a look at Anil-Sunita’s carrom game. 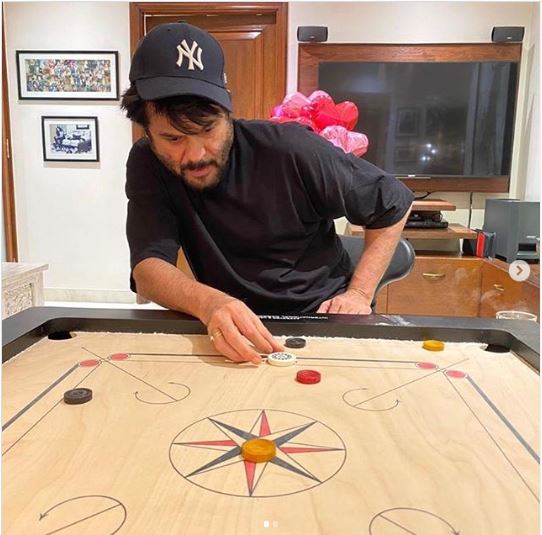 While Anil Kapoor and Sunita Kapoor were busy rekindling their love, playing carrom, their daughter, Sonam Kapoor and son-in-law, Anand Ahuja presented their poles-apart opinion on the same. The two commented about something probably that is more close to their heart. Anand could not help, but noticed the luxurious shoes that Anil Kapoor had worn for the game and commented, “Nice shoes (pic. 2)” followed by two laughing and thundering emoticons. To which, Anil Kapoor replied, “my favourite white spa chap pals” with a laughing emoticon. On the other hand, Sonam talked about how much she is missing her parents. She commented, “Miss you both so so much can’t wait to see you” with a heart-in-eye and crying emoticon. To which, Anil replied with hug and heart emoticons. Have a look at the screenshot of their comments. Anand has always shared a friendly equation with his father-in-law, Anil Kapoor. In a throwback interview, Anil had talked about his then would-be-son-in-law, Anand and had shared, “What father-in-law! From the very beginning, I made it clear to Anand that I was going to be his friend and not his father-in-law. The ice melted even before it was frozen. Anand has been a part of our family for a very long time. We are pals first, and relatives later.” (Don't Miss: Sonam Kapoor's Mother, Sunita Kapoor Shares Beautiful Throwback Pictures On Her Second Anniversary) 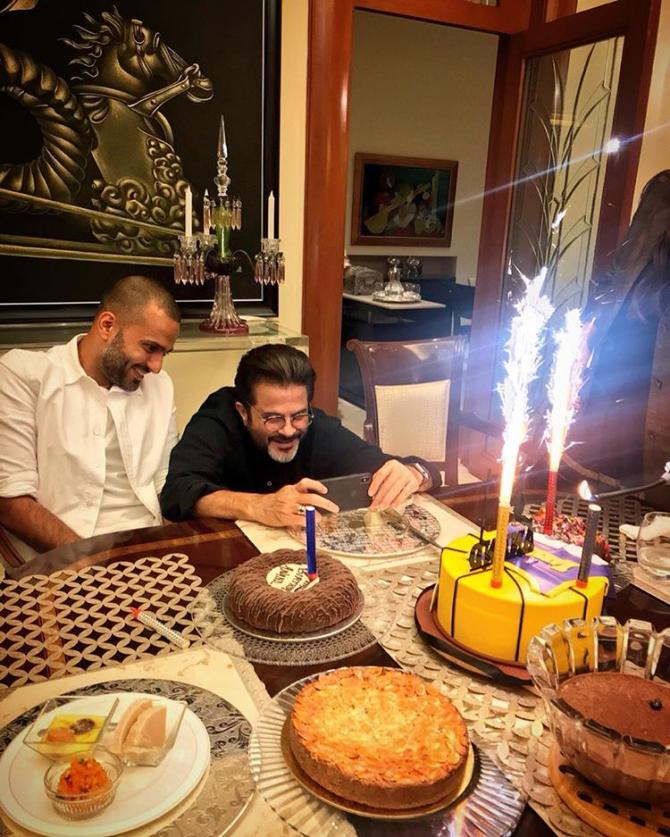 In a 2018 interview with the Hindustan Times, Anil Kapoor was asked how Anand S Ahuja is, as a son-in-law, Ek Ladki Ko Dekha Toh Aisa Laga actor had replied, “He’s not my son-in-law, he’s like my son... I’d say friend. We bond over health, fitness and loving our parents and family. He’s very work-oriented, so we talk about that.” (Recommended Read: Riddhima Kapoor Sahni Shares A Picture With Neetu Kappor And Ranbir Kapoor With An Emotional Caption) How are you spending time with your partner during quarantine? Let us know!