As Anam Mirza and Mohammad Asaduddin completed one year of their married life on December 11, 2020, her doting sister, Sania Mirza gave them a lovely surprise.

The wedding season is here and so is the time to celebrate the milestones of married couples’ lives. This month, last year too, a lot of celeb couples have entered the bond of holy matrimony and Sania Mirza’s sister, Anam Mirza and her husband, Mohammad Asaduddin are one of them. After a lot of speculations and delighting their fans with pictures from bride’s bachelorette bash in Paris, Sania had confirmed Anam and Asad’s December wedding just a few weeks before the nikaah. It was on December 11, 2019, when Anam had said ‘Qubool Hai’ to Asad, son of Mohammad Azharuddin (former captain of the Indian cricket team). (Also Read: Mohammad Azharuddin's Ex-Wife, Sangeeta Bijlani Wishes His Son Asad And Wife Anam On 1st Anniversary)

Social media in December 2019 was flooded with #AbBasAnamHi pictures and videos, and even though it has been a year since Anam Mirza and Mohammad Asaduddin’s wedding, we still cannot get over the glimpses of their fairytale union. But do you know who was the star of Anam and Asad’s wedding? It was Sania Mirza’s little munchkin and the heart of the Mirza family, Izhaan Mirza Malik, who was super-excited for the wedding of his ‘ansikoo’ and ‘Asad Khaloo’. Baby Izhaan had truly stolen our hearts away with his cuteness and charm in the pictures! 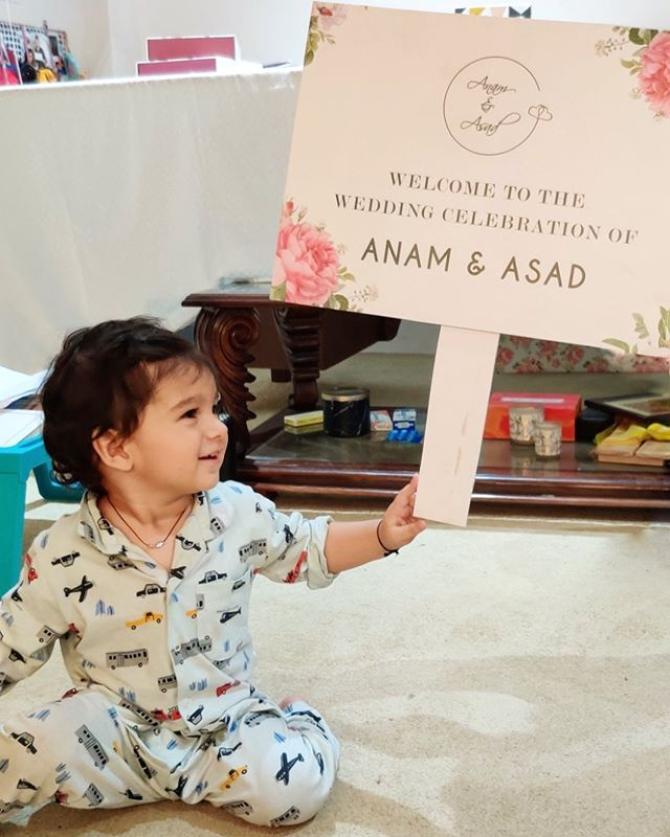 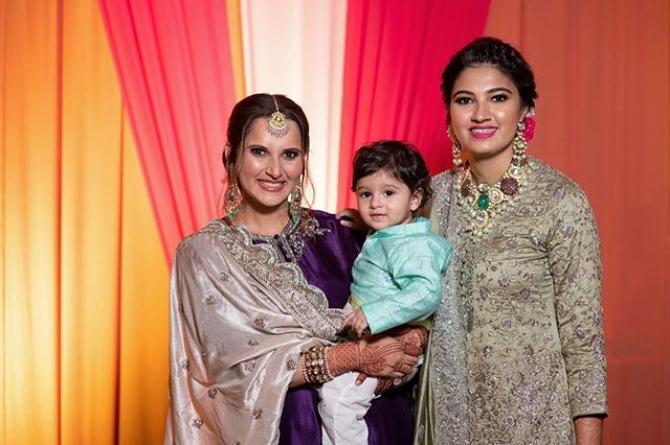 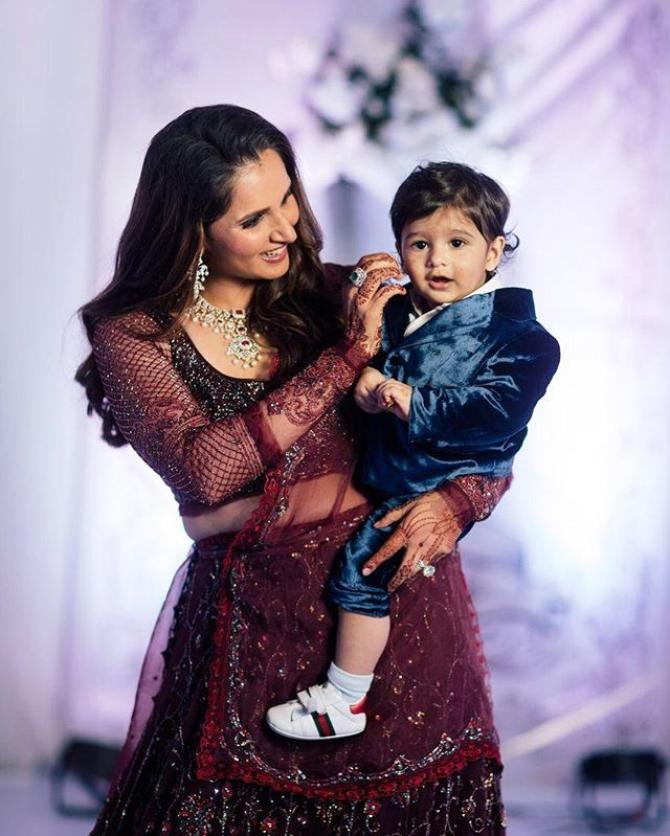 As Anam Mirza and Mohammad Asaduddin completed one year of their married life on December 11, 2020, Sania Mirza gave them a lovely surprise. Giving a glimpse of the same, Asad wrote, “Thank you Api for the lovely surprise @mirzasaniar” atop his IG story. Sania wished Anam and Asad on their wedding anniversary by posting a throwback picture with the couple and her hubby, Shoaib Malik. Sania wrote, “Happy Anniversary my favourite humans @anammirzaaa @asad_ab18.” Wishing her hubby, Asad, Anam captioned a video from their nikaah as “Married my bestfriend last year, best decision of my life. Happy anniversary my assu @asad_ab18 . #AbBasAnamHi.” Asad too, wished Anam with a throwback picture from their honeymoon, and wrote, “Can’t believe it has already been a year we are married. The best thing that has ever happened to me. Thank you for being my strength. Love you. Happy anniversary to us.” 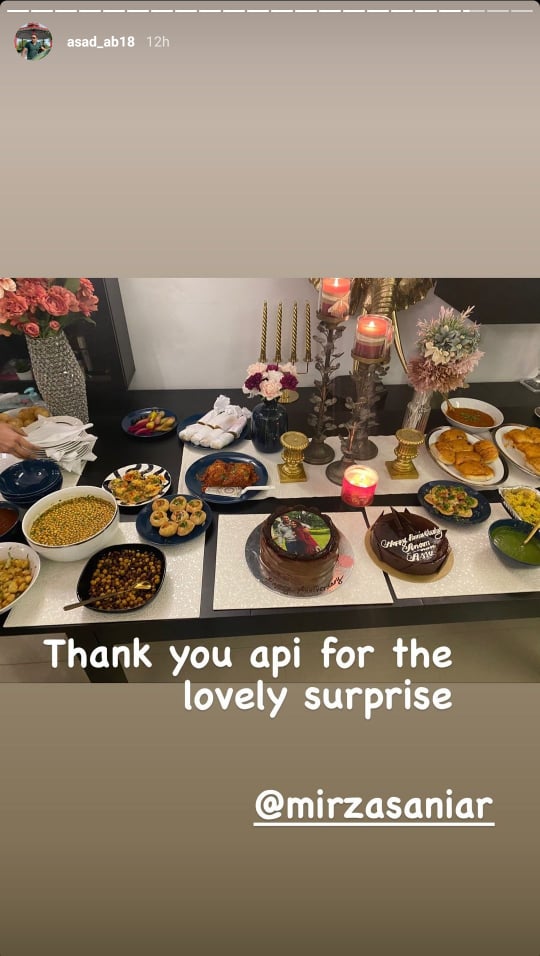 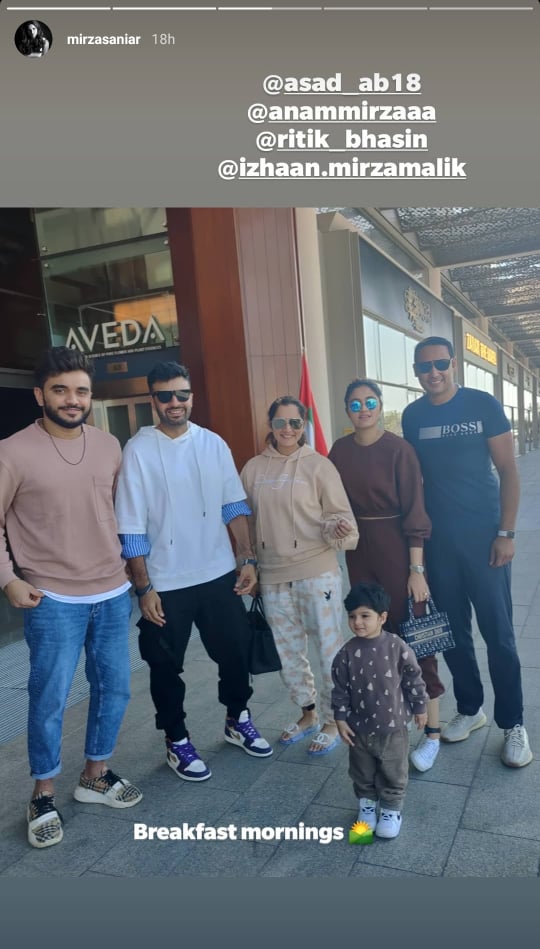 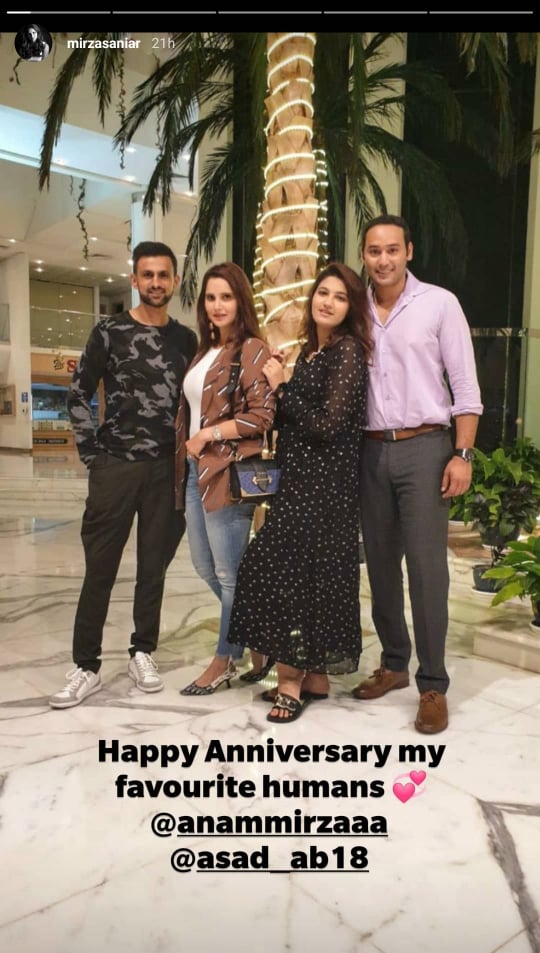 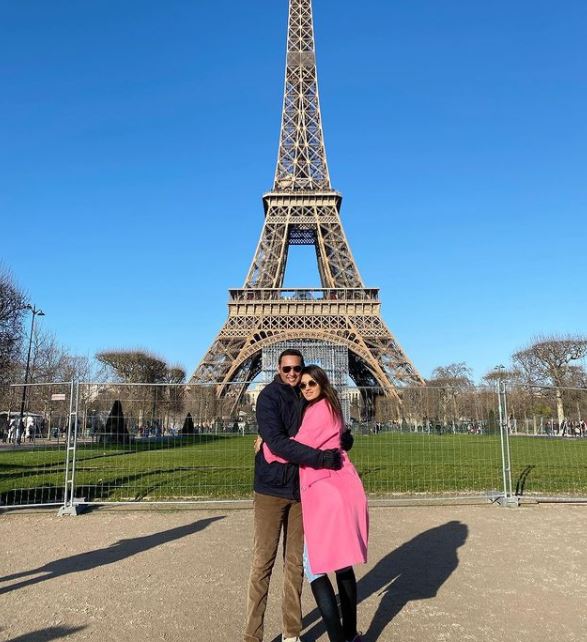 While the happiness of the Mirza family radiated evidently in the pictures and videos, Sania Mirza’s husband, Shoaib Malik’s absence was dearly felt. The Mirza family was questioned by netizens about Shoaib’s absence and had faced a lot of backlash regarding the same. Addressing the same, months after the wedding, Anam had written on her IG story, “We all missed @realshoaibmalik at the wedding. He couldn’t make it due to multiple reasons. Stop sending me hate that he was not there for the wedding… if he could he would’ve been here. Relax.” (Also Read: Sania Mirza Calls Herself 'Queen Of Long Distance Relationship', Spill Beans About Her Marital Life) 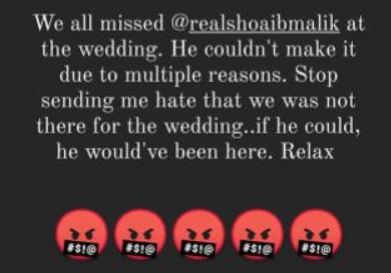 Anam Mirza and Mohammad Asaduddin had said ‘Qubool Hai’ in a traditional Hyderabadi nikaah ceremony in Hyderabad. But do you know how Anam and Asad decided on forever? Anam and Asad’s families have known each other for over three decades but it was years later when with the support from their parents and a little nudge from old friends, the lovebirds embarked on their ‘happily ever after’ journey. In an interview with the Vogue, Anam Mirza had thrown some light on her love story and wedding with Mohammad Asaduddin. Before Anam, who owns an ad agency and an events company, had started dating Asad, a cricketer and a real estate developer, their respective families had fallen in love with them. Anam had elaborated, “Before we even officially started dating, we happened to meet each other’s parents. My folks instantly fell in love with Asad, and same was the case with his family. It’s ironic; everyone around us always knew that we would make the perfect couple. And it turned out to be true. After just a month of getting to know each other, we were sure we wanted to get married.” (Also Read: Mira Kapoor Complains On How Her 'Crush' Shahid Kapoor Is Back Home But Not Paying Attention To Her) Here's wishing a belated happy anniversary to Anam and Asad!