As per a recent tweet of Amitabh Bachchan, nostalgia hit the legendary actor hard, as he posted a picture of a letter written by son, Abhishek Bachchan when he was a kid.

A father-son relationship is as unique as it sounds! Unlike daughters, sons mostly do not hear their fathers baring their heart out for them. Most of the things that they want to convey, is through moms or text messages. But with star father-son duo, Amitabh Bachchan and Abhishek Bachchan, things are so different. Both Amitabh ji and Abhishek never leave any stones unturned to convey their deep regards for one another. And this is another such instance which has made us go all ‘awww’! (Do Read: Chhavi Mittal Shares A Droolworthy Picture Of Her Son, Arham Hussein, Chewing His Bottle Cap)

The nation had come to a standstill when Amitabh Bachchan was rushed to the Nanavati hospital and spent three days at the same. Senior Bachchan was discharged from the hospital on October 18, 2019, and paparazzi had snapped his son, Abhishek Bachchan and Jaya Bachchan by his side. Amitabh ji is extremely active socially and often takes to his blog posts and ‘numbered’ tweets to share his thoughts which are a huge hit among the masses. 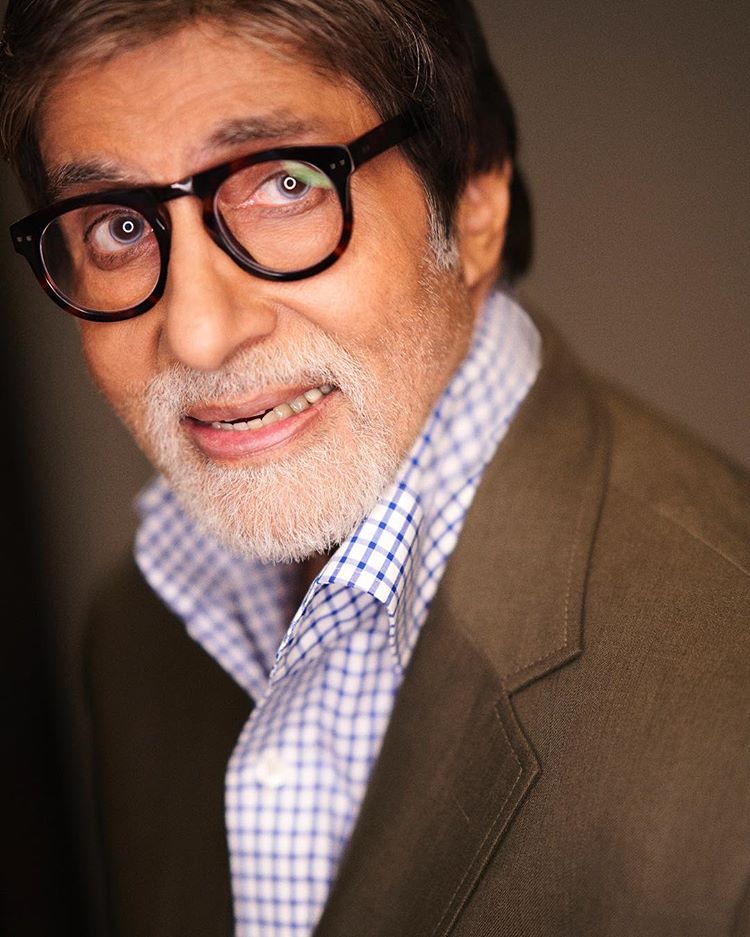 As per a recent post of Amitabh Bachchan and what looks like it, nostalgia has hit the legendary actor hard, as he took to Twitter and posted a picture of a letter written by son, Abhishek Bachchan for his father as he was home away. The letter began with a “Darling Papa” and ended with a “Darling Son Abhishek” and it was ‘oh-so-adorable’! Sharing the letter, Amitabh ji wrote, “T 3549 - Abhishek in his glory... a letter to me when I was away on a long outdoor schedule. Poot sapoot toh kyun dhan sanchay ; poot kapoot to kyun  dhan sanchay.” To this, Abhishek retweeted his father’s post and hilariously wrote, “@SrBachchan evidently before I took a creative letter writing course.” Here’s the same for your reference: 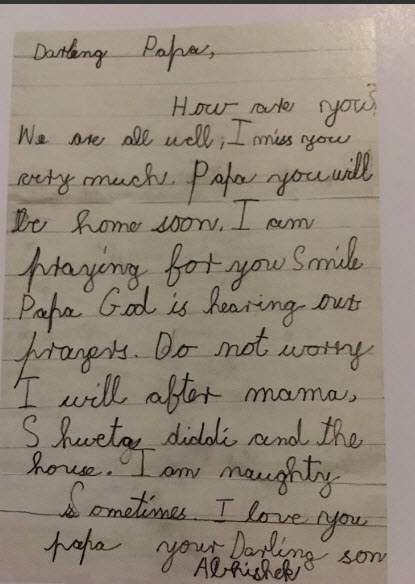 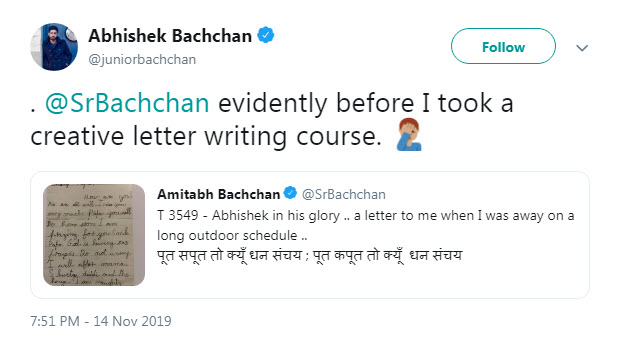 Amitabh Bachchan and Abhishek Bachchan’s social media profiles are a storehouse of golden archives! The legend had taken to Instagram on October last year and had posted a picture of a teething Abhishek from his childhood with a hilarious caption. The same could be read as “you look like sauce!!” While that was about Amitabh ji posting for Abhishek, the latter too had taken to Instagram on November 07, 2019 and wrote a heartfelt message upon his superstar dad’s 50 years of completion in this industry. It read, “Not just as a son, but as an actor and a fan... We are all blessed to witness greatness! There is so much to admire, to learn and even more to appreciate. Several generations of cinema lovers get to say we lived in the times of BACHCHAN!!! Congratulations Pa on completing 50 years in the Film industry. We now await the next 50! Love you.” (Must Read: Inaaya Naumi Kemmu's Smile In A Children's Day Special Picture With Her Bua Is 'Pure Happiness') 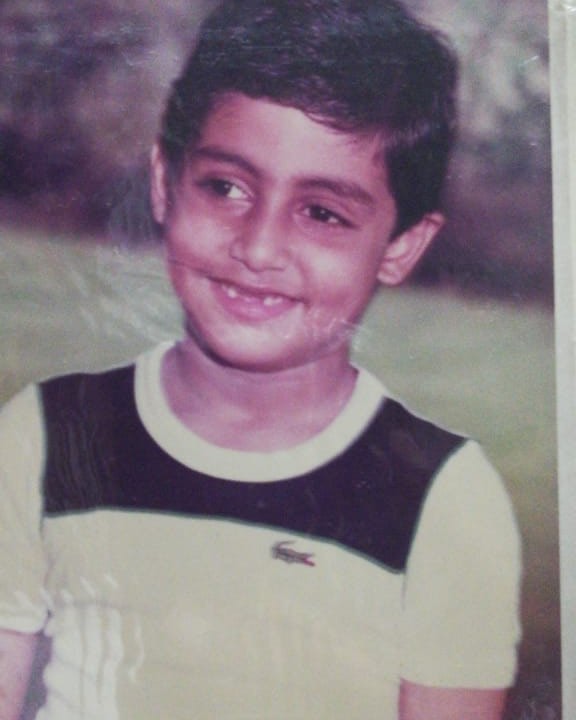 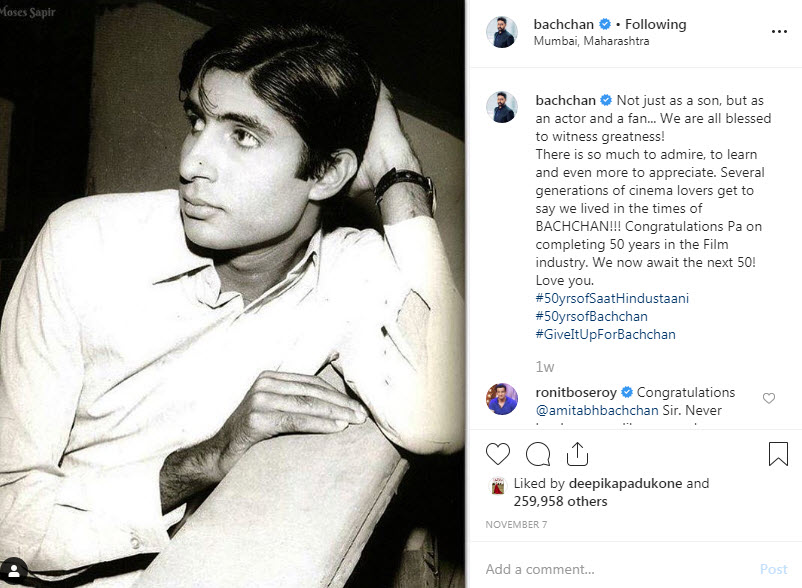 Having a superstar parent always brings upon trolls and lots of hate for his/her offspring and the same happened with Abhishek Bachchan too. The actor has often been roasted on social media and how wisely, the actor gives it back to trollers! In April 2018, a Twitterati had mocked Abhishek for living with his parents. The troller had written, “Don't feel bad about your life. Just remember @juniorbachchan still lives with his parents. Keep hustling everyone!” But the catch was that the lady-troller didn’t know that Abhishek Bachchan is not someone to be messed with! And then came a bang-on reply from Abhishek, wherein he had said, “Yes! And it’s the proudest moment for me to be able to be there for them, as they have for me. Try it sometime, you might feel better about yourself.” For Isha Ambani and Anand Piramal’s wedding held on December 12, 2018, a few videos of Abhishek Bachchan’s father, Amitabh Bachchan, wife, Aishwarya Rai Bachchan and co-star in Dhoom 3, Aamir Khan, serving food at their wedding reception had gone viral on the internet. The videos had garnered trollers’ attention, who had created memes and funny videos in no time. When a troller had posted, “Why were Aamir Khan and Amitabh Bachchan serving food in Ambani wedding?”, pat came Abhishek’s crisp one-liner which was epic! Reasoning it out, Abhishek had replied, “It is a tradition called "sajjan ghot". The brides family feeds the grooms family.” (Also Read: K.G.F. Star, Yash's Wife, Radhika Pandit Shares Picture Of Her 'First Two' Kids On Children's Day)

On Koffee With Karan season 6, Karan Johar had asked Abhishek Bachchan about what it is like to live under the constant pressure and expectations that come from being Amitabh Bachchan’s son. To this, Junior B had replied, “It’s very difficult Karan. I’ve never said this, but it is.” Abhishek had further added that he does seek validation from his father but often, he finds himself unable to react on rare occasions when he says good things about his performances. 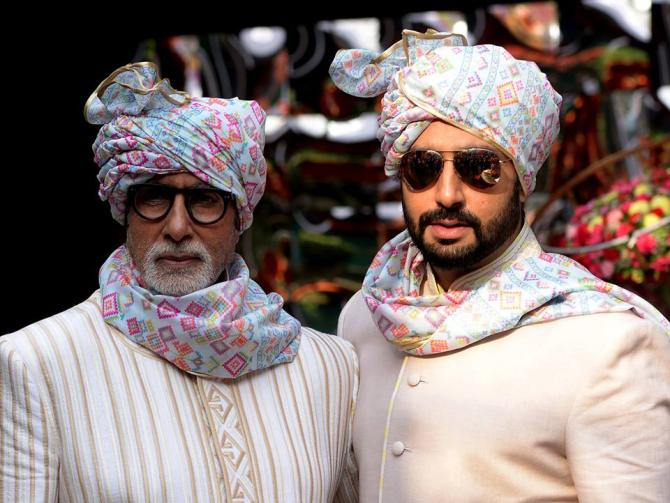 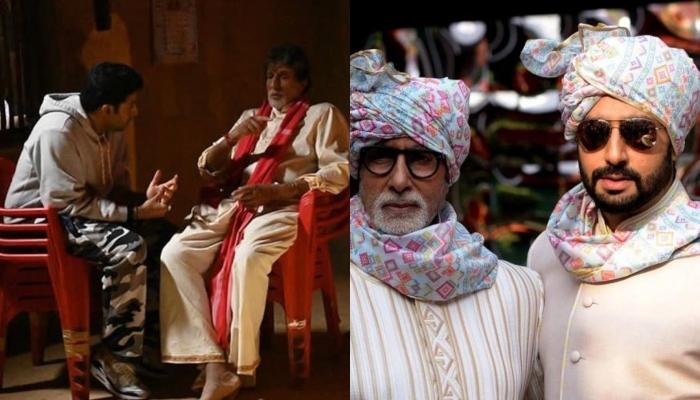 A father and son’s relationship is one of the best relationships in this world. Lucky are those who find a confidant, best friend, chit-chat partner and a true pure soul in one’s father, and visa-versa! Such pure is the relationship shared by the iconic baap-bete ki jodi from Indian cinema, Mr