As Allu Arjun and Sneha Reddy completed 11 years of marital bliss, their daughter, Allu Arha, prepared a handmade gift for them. Check out her excitement while gifting her parents the cutest gift.

South Indian actor, Allu Arjun is riding high in his career with a pipeline of projects ahead. He has been the heartthrob of millions of fans since his last film, Pushpa: The Rise, was released on December 17, 2021. For the uninitiated, Allu had tied the knot with his longtime girlfriend, Sneha Reddy on March 6, 2011, in Hyderabad. The lovey-dovey couple had embraced parenthood for the first time with a baby boy, Allu Ayaan, on April 3, 2014. After two years, on November 21, 2016, the couple was blessed with their second child, a baby girl, whom they have named, Allu Arha.

Allu Arjun and his wife, Sneha, are social butterflies and keep on teasing their fans with snippets from their lives. As of March 6, 2022, the couple had completed 11 years of marital life. Allu had taken to his Instagram handle and had shared a picture with his wife and kids to mark the day. In the photo, the family of four was seen cutting a cake while celebrating Allu and Sneha's wedding anniversary. Alongside it, Allu wrote a caption which can be read as:

Recommended Read: Bhumika Gurung Stuns In A Silver Lehenga At Her 'Sangeet', Her Dance Performance Is Winning Hearts 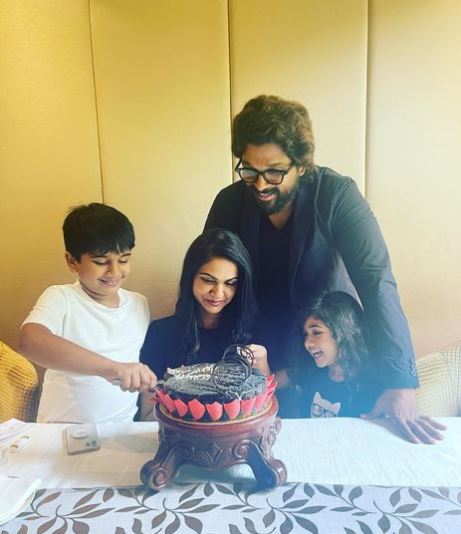 A few hours ago, Allu Arjun's doting wife, Allu Sneha Reddy, took to her IG stories and shared a boomerang of her daughter, Allu Arha, while giving her daddy and mommy a handmade gift on their anniversary. In the video, the toddler was seen wearing a nightsuit as she was constantly jumping in excitement while presenting the gift to Sneha. The handmade card that Arha had made for her parents featured colourful flowers drawn or pasted on a black card, and inside it, she had written her special wish. Sneha also shared a picture of her son, Allu Ayaan, in front of a balloon written as "Happy Anniversary". 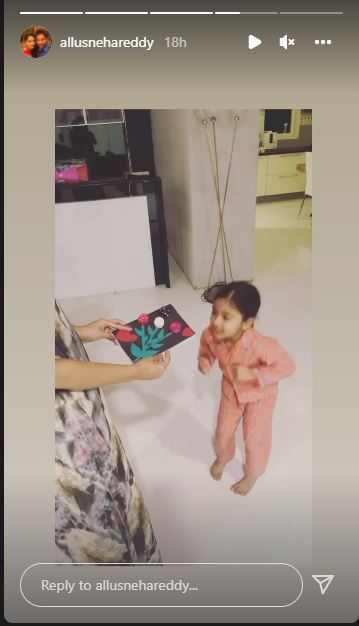 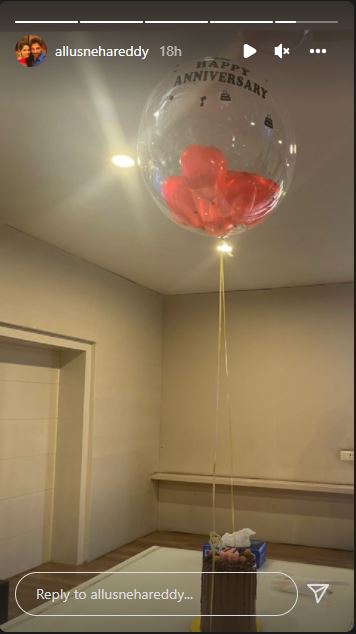 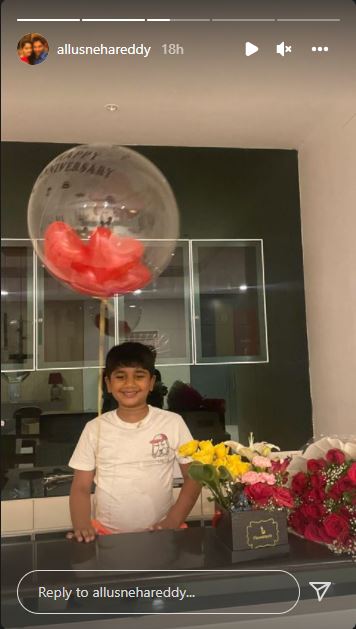 On March 6, 2021, Allu Arjun and Sneha Reddy had completed ten years of marital bliss and to celebrate the same, they had jetted off to the Taj Mahal for a special photoshoot. To wish his darling wife on their 10th anniversary, Arjun had shared two beautiful pictures with her, one from the Taj Mahal and the other one from the wedding. Along with the pictures, he had written:

"Happy 10th Anniversary to us Cutie. What a wonderful journey of ten years ... and many more to come." 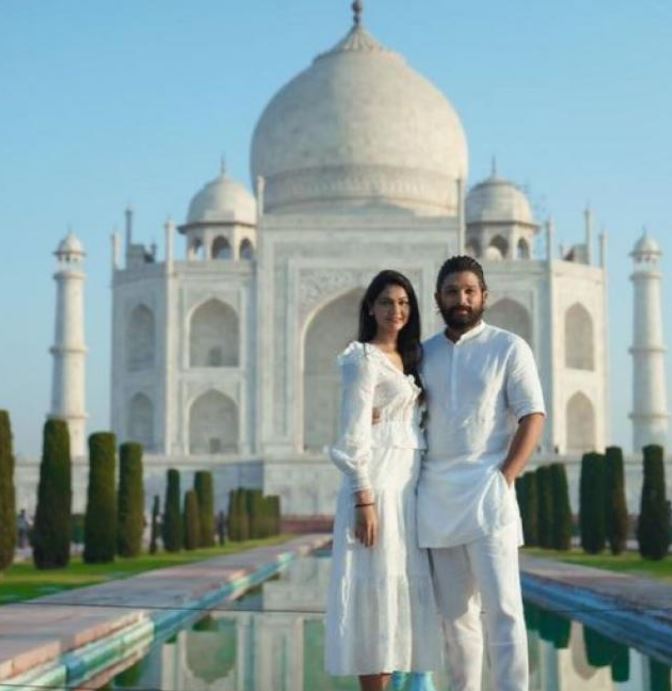 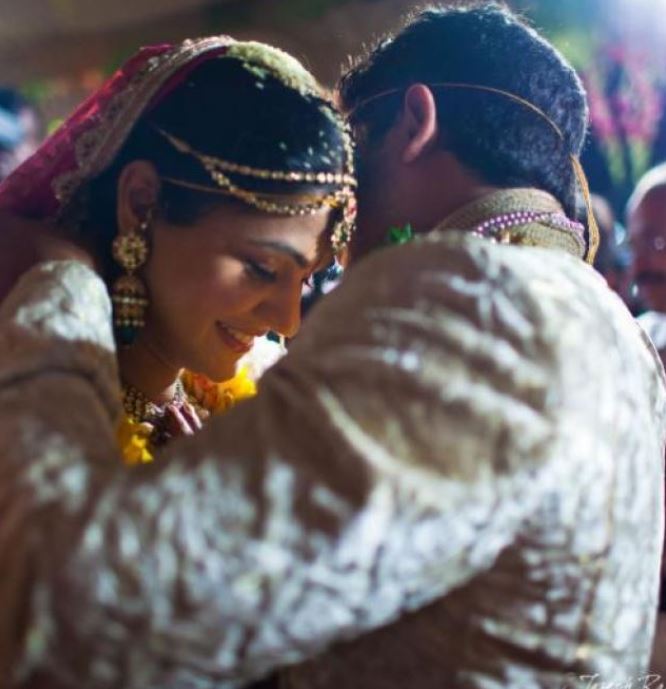 There's no doubt that Allu Arjun is a hands-on father, who always prioritise his children, Allu Ayaan and Allu Arha, over anything in his life. Time and again, we have seen him making extra efforts to bring a smile to his children's faces. Likewise, Allu Arjun's gorgeous wife, Sneha Reddy, always makes sure to capture all the beautiful moments from her husband and their kids' fun time and shares them on her social media handle with their massive fanbase. For instance, on June 2, 2021, Sneha had shared a cute video of Allu Arjun and their kids, Ayaan and Arha. In the video, Arjun, Ayaan and Arha could be seen gazing at the sky from their garden. The video also showed Arjun had engaged in a deep conversation with his kids. The doting wife, Sneha, had added Amit Trivedi's song 'Sham' from the movie, Aisha to the video that had made it even more special. Allu Arjun enjoying his time with his children, Arha and Ayaan, was pure father goals.

On the work front, Allu Arjun's 5-year-old daughter, Allu Arha, will make her acting debut in the film, Shaakuntalam.

Next Read: Masaba Gupta Wishes Father, Vivian Richards On His Birthday With A Rare Picture From Her Childhood 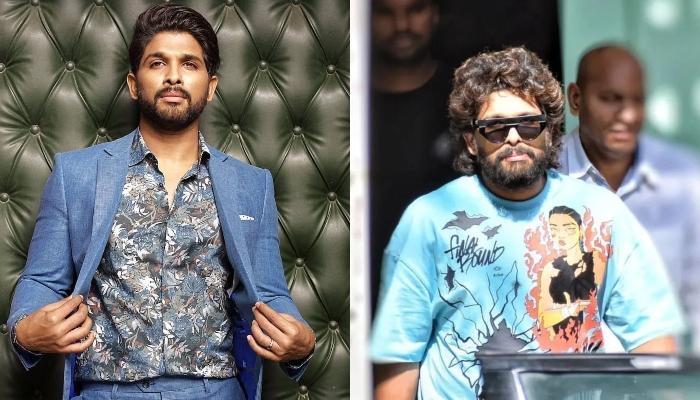 South Indian actor, Allu Arjun is a superstar, who rules millions of hearts. He is one of the most-sought-after actors in the South film industry, and his stardom is second to none. Ever since Allu had featured in his first film, Gangotri, released in 2003, his on-screen presence, has been winning many