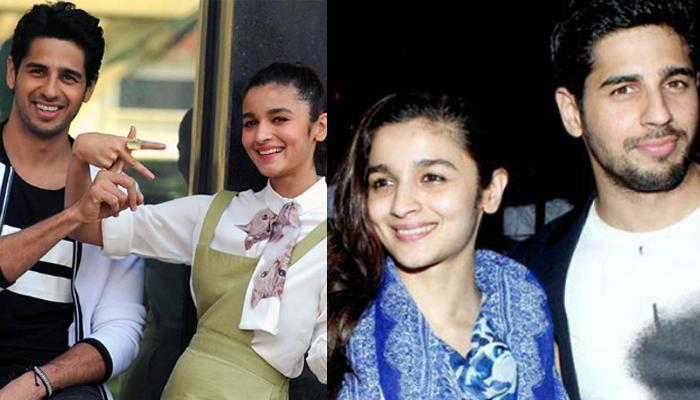 There is no end to the fact that our Bollywood celeb love to flaunt their love in public. After indulging in elusive PDA has gone cliché, there are new ways by celebs that will make you go aww. Until now, the Bollywood buzz was speculating if these two famous celebs are together or not, such hints of PDA done by them give us some clues that something is going around!

Recommended Read: Alia Bhatt Makes Sure That She Eats Eight Times In A Day, Here's Her Diet Plan!

Until a few days ago, Alia Bhatt and Siddharth Malhotra were spotted hanging out together during the Diwali party. And recently, the way they have again been spotted in Alibaug will surely make you believe that they are in a relationship. 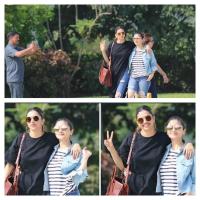 Alia Bhatt was snapped returning from Alibaug with Deepika Padukone, Karan Johar and Siddharth Malhotra, there was something interesting which we just cannot miss telling. After observing for a long time, we realised that the black and white striped T-shirt worn by the Highway girl while returning is the same one which was worn by her allegate beau, Siddharth.

Also Check: Obama Took Michelle For A Movie Date, 3 Yrs Later Proposed Her With A Ring Served In A Tray

As per the images, he wore the same T-shirt just a day before when he left from SRK’s birthday party with Karan Johar. Alia’s T-shirt fitting was a size too big for her, gave further proof. Here is a picture: 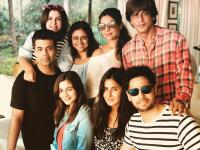 Siddharth, while leaving from SRK's Party 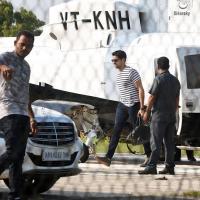 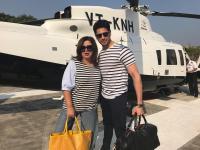 Alia and Deepika spotted in Alibaug 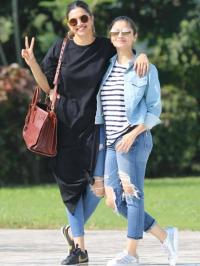 Alia and Siddharth in Alibaug 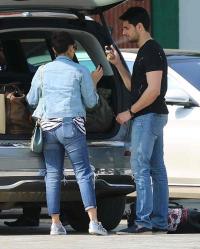 Must Check: Alka Yagnik And Her Husband Are Living Separately For More Than 25 Years And They Are Still In Love

Recently, Siddharth was even questioned if he is dating someone, on that he replied:

“I am very much single.”

Nevertheless, the above statement makes it hard to believe that Siddharth is single, right?

However, we don’t know as yet if they are together as lovers or are just besties. Whatever it is, they prove to look very cute together like always and we wish them long-term togetherness.

Recommended Read: The Travel Pictures Of Sanaya Irani And Mohit Sehgal Is Nothing Less Than Love At First Sight