Akshay may have had many affairs in the past but now he has successfully overcome his Casanova image. The actor has two adorable kids and one successful, beautiful and talented wife Twinkle Khanna.

This one good looking and humble actor of the tinsel town, who is in his 50s, was known as the Casanova of Bollywood in his earlier days. Ladies were easily smitten by his charisma and sense of humour.

He had affairs with most of the leading ladies of the Bollywood but when he found the 'twinkle' of his eyes, this Khiladi wasted no time in proposing her and settling down with her. Yes, he is none other than Akshay Kumar and today, we will take you through his love affairs which made headlines during his initial Bollywood stint. (Recommended Read: 7 Bollywood Divas Who Dated Salman Khan, The Most Eligible Bachelor Of Bollywood) 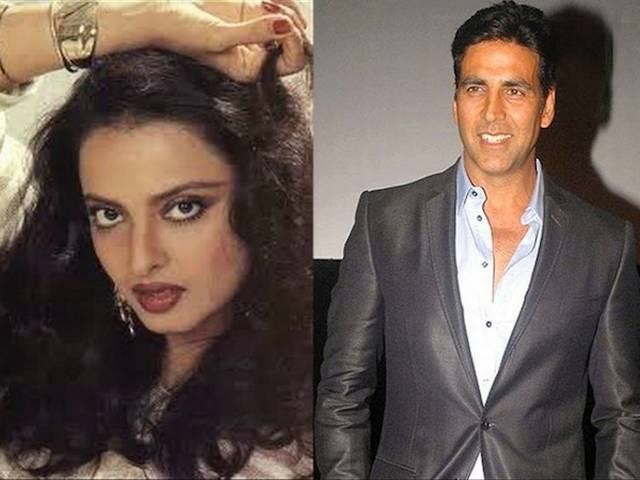 This was one affair which shocked all in sundry. It was while filming Khiladiyon Ka Khiladi in 1996 when stories of Akshay and Rekha growing proximity started doing the rounds. It was said that Rekha was madly in love with the handsome hunk but the rumour of their affair didn’t go well with Raveena Tandon, who was dating Akshay at that time.

Also Checkout: This Is Why Rekha Wears 'Sindoor' All The Time, Even After Her Husband Committed Suicide

Malaika Arora Is Expecting Her First Child With Arjun Kapoor? Announced Pregnancy To Close Ones

The actress apparently told Rekha to maintain distance from the actor. However, for Raveena, it was Rekha who was at fault and not Akshay as she was quoted as saying:

“I don't want to say too much on the subject. I don't think Akshay ever had anything to do with Rekha. As a matter of fact, he would run away from her. Akshay tolerated Rekha because of the film. At one point she wanted to get lunch dabbas for him from home. That's when I put my foot down. I felt it was taking things a bit too far. She's a wonderful person, but she should learn where to draw the line.” Akshay and Raveena were one most talked about couples of the 90’s. It was not love at first sight for them. They initially became friends while shooting for Mohra in 1994 and began dating in 1995. They were one much in love couple and after being together for almost 3 years everyone was eagerly waiting for their marriage announcement.

Malaika Arora Is Expecting Her First Child With Arjun Kapoor, Announced Pregnancy To Close Ones

In fact, in an interview to Stardust in 1999, Raveena revealed that Akshay had promised to marry her the day she will finish her last shoot. Rumours were also abuzz that the two have got secretly engaged in a mandir. But their relationship could not last long as Raveena was tired of Akshay’s flamboyant nature as he was always linked with his female co-stars, firstly with Rekha and later with Shilpa Shetty. For Raveena, loyalty meant everything and clearly, Akshay did not fit in this category, as a result, Raveena decided to put an end to things once for all. 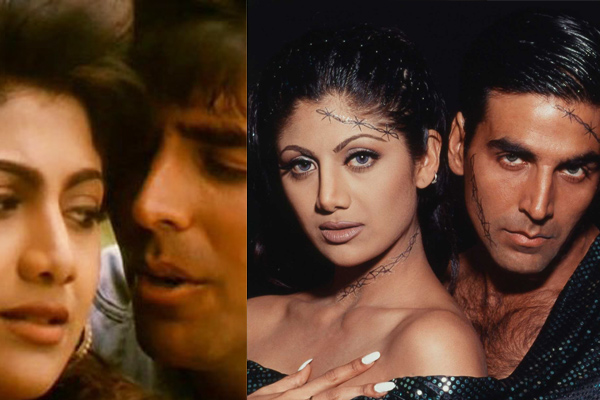 Akshay and Shilpa affair was always under media glare but after staying together for almost a year, the actress left Akshay because he was reportedly two-timing her with her best pal, Twinkle Khanna.

You May Like: Here Is Why Akshay And Raveena Never Got Married To Each Other, Even After A Secret Engagement Akshay and Pooja dated even before joining the film industry. Since Pooja was a renowned model and a well-known actress in her initial days, she helped Akshay to set his foot in the film industry. However, after a few years of togetherness, they both parted ways to make their career in Bollywood. Akshay and Ayesha became overnight stars with the release of their hit film Khiladi. Soon, their on-screen chemistry started getting visible off-screen too and rumours were abuzz that they are the new couple of the town but after some time both the stars went their separate ways. When Akshay married Twinkle Khanna, it was assumed that the actor will no longer be in the news for an extra-marital relationship but old habits die hard. After a few years of marriage, the news of Akshay being in a relationship with Priyanka started surfacing as they did four films together. Their on-screen chemistry was started getting visible off-screen too. Although, none of the stars spoke a word about their alleged relationship and everything seemed fine in his marital life but apparently the actor was no longer allowed to work with Priyanka, courtesy wife, Twinkle. 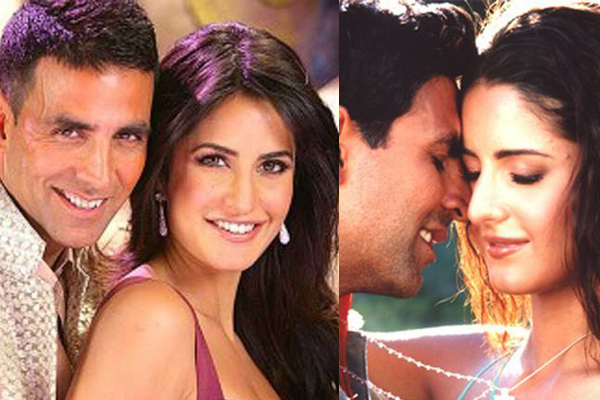 There were also speculations that the ‘firangi' Katrina was also dating the Khiladi Akshay Kumar which apparently happened after they worked together in different movies likes like Humko Deewana Kar Gaye, Namastey London, Welcome and Singh Is Kinng. Akshay may have had many affairs in the past but now he has overcome his Casanova image. The actor has now one family with two adorable kids and one successful, beautiful and talented wife on his side as Twinkle. Team BollywoodShaadis truly love them as a couple and we wish them togetherness and happiness forever. Let us know in the comment section below, what do you have to say about his love affairs? And stay tuned with us to know more about your favourite celebs love life.

Malaika Arora Is Expecting Her First Child With Arjun Kapoor, Announced Pregnancy To Close Ones