Yesterday i.e. June 17, 2018, the entire world celebrated Father’s Day. The hashtag #happyfathersday trended on social media like how. Many Bollywood celebrities took to social media, shared their father’s pictures and wished them happy Father's Day in the sweetest ways possible. (Also Read: After Alia Bhatt, Her Boyfriend Ranbir Kapoor Reveals When He Wants To Get Married)

However, one such wish which stood out, among others, is Shah Rukh Khan’s son, AbRam Khan’s wish for his daddy. Shah Rukh Khan took to social media and shared a picture of a card in which AbRam wrote, “You are the best papa in the world”. Wow! Isn’t this the best wish any father could get from his son? Sharing the following picture, Shah Rukh wrote, “Notwithstanding that the kids had no other option & yeah I admit maybe there is just a hint of a bias here...this kinda completes a fathers life”. 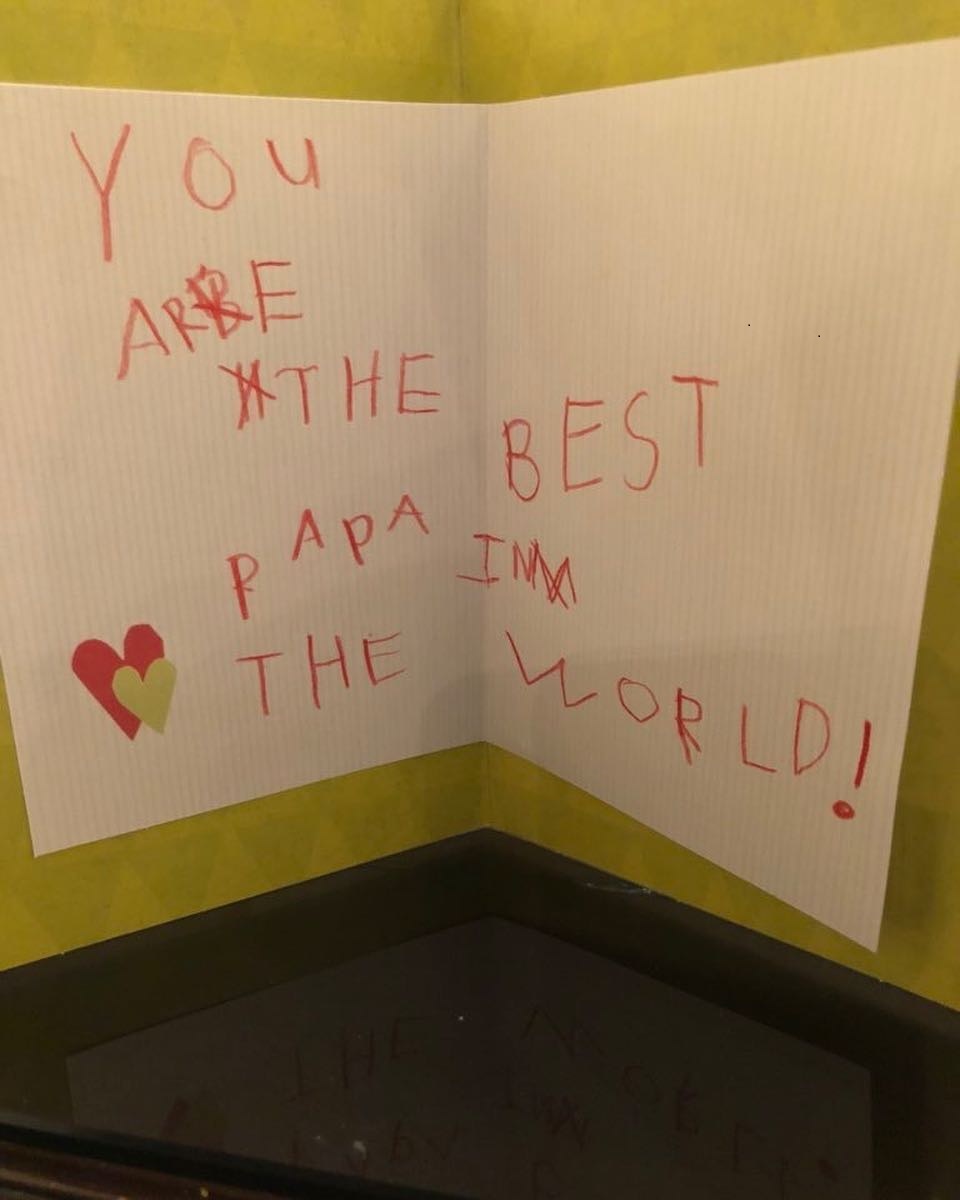 Wow! This is so sweet, isn’t it? AbRam regularly features on SRK and Gauri’s social media handles. Two days ago, on the occasion of Eid, Shah Rukh shared a selfie with his little munchkin and wished his fans happy Eid, “Love is always only in the eyes….here’s all of ours to u on Eid. Eid Mubarak to everyone & may ur families be happy & healthy”. Take a look: 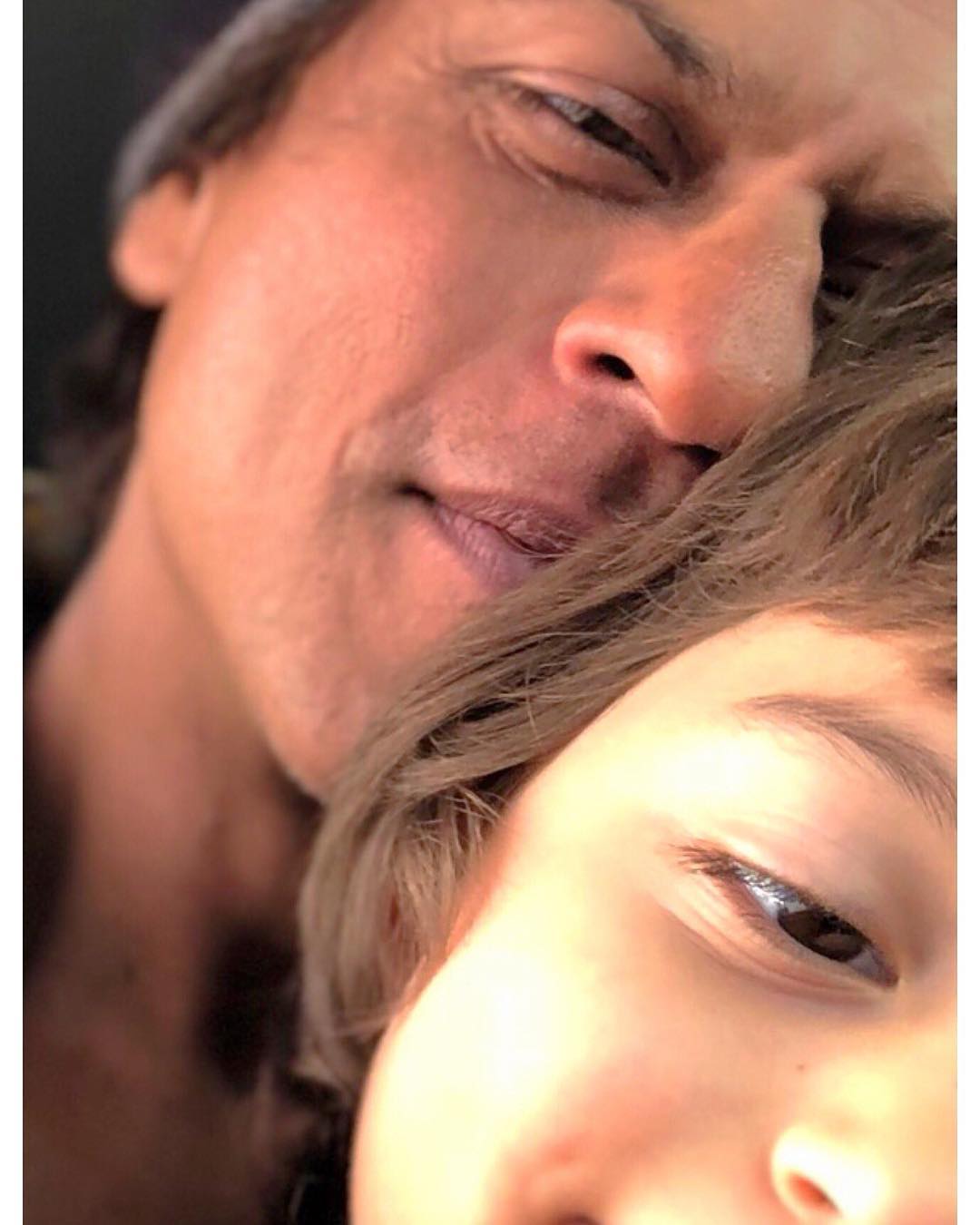 On May 28, 2018 AbRam Khan turned five and the King Khan wished his little boy a very happy birthday and wrote, “My sunshine turns 5 yrs today but he thinks he is 9! Please don’t tell him otherwise if u meet him. Children should hear their own music, sing their own songs & believe in their own lil dreams...& yeah, hug their papa a lot”. This is the cute picture that Shah Rukh Khan shared on AbRam’s birthday: To a leading media portal Shah Rukh once revealed that he would like to spend his time with his children than be anywhere else. He was quoted as saying, “I have no other interest in life. People find it very strange. There's only one interest high up in life... that is to play with children. I love kids, and not in the nice, pat-sy way; I just love kids. I like being around them, and I have three of them. I've really had some amazing times with them. I'd rather be with my children than be anyplace else. That's the only thing I'd rather do more than acting”. (You May Like: Soha Shares A Picture Of Kunal And Inaaya On Father's Day, Inaaya's Expressions Are Priceless)

Once the 52-year-old actor shared a pic of himself with AbRam and his daughter, Suhana Khan and wrote, “The worst thing about being a father is that you are always taking the pics, not in them. Edits save the day...”. This is the pic he had shared: 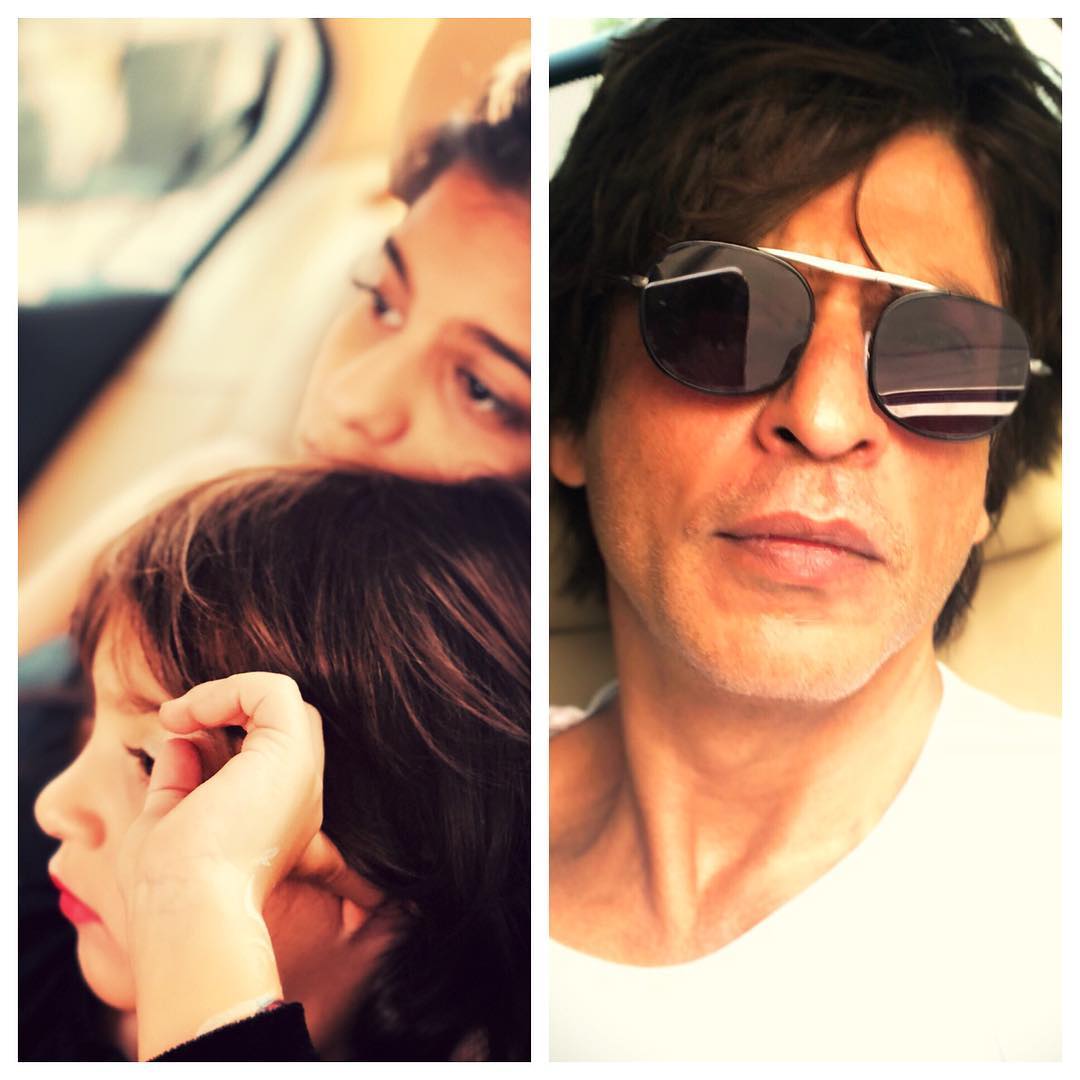 Shah Rukh Khan is married to the love of his life, Gauri Khan for the last 27 years. They are parents to the three children, Aryan Khan, Suhana Khan and AbRam Khan.

Recently, a fan shared a sweet but weird tweet tagging Shah Rukh that he had a dream about SRK’s fourth child! The fan wrote, “OMG OMG I JUST REMEMBERED I HAD THIS DREAM WHERE YOU WERE EXPECTING YOUR 4TH CHILD IT WAS SO CRAZYY AND SWETTTT #AskSRK”. To this SRK wittily replied, “OMG OMG!! Better save AbRam's clothes just for in case your dream comes true..kaam aa jayenge”. (Suggested Read: Newly-Weds Dipika Kakar And Shoaib Ibrahim Celebrated Their First Eid, Videos And Pics Inside!) 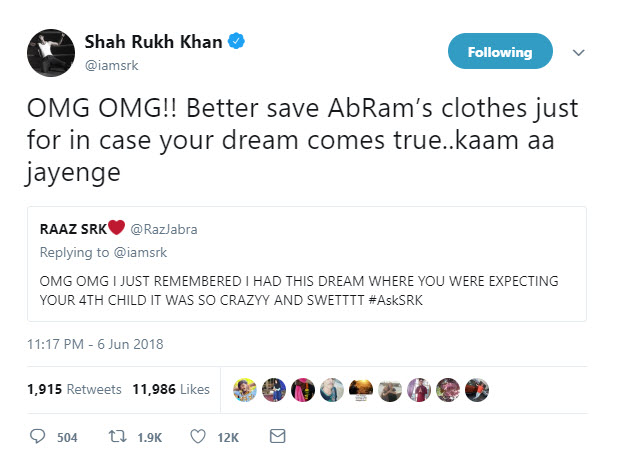 Do let us know in the comments section below as to what do you think of AbRam’s father’s day wish for Shah Rukh.