It's been 20 years since Abhishek Bachchan had chosen acting, and to celebrate his glorious journey, his elder sister, 'Shwetdi' has a special wish for him!

Being the son of star of the millennium, the living legend, Amitabh Bachchan, Abhishek Bachchan had loads of expectation on him when he signed his first film, Refugee. People were impatient to see him scale heights of success and mesmerise the audience with his performances just like his megastar father. In all this kerfuffle, Abhishek didn't get his own time and space to grow organically and his career trajectory didn't turn out the way it was planned. Unfazed by the setback, Abhishek Bachchan's aura in his screen presence, sets fire on camera and there's no denying in that! By the end of this month, the magical presence on screen that Abhishek Bachchan is, will complete 20 years in the industry, in the honour of which, he posted a heartfelt note on his social media handle. (Recommended Read: Sumeet Vyas Opens Up About Feelings Of Becoming A Father, Says He Is Obsessed With His Baby Boy)

One of the most underrated actors in the industry, Abhishek Bachchan imparts different energy on the screen whenever he appears and its a treat to the eyes. We haven't been quite able to put a finger on what, but there's something special about him that actors don't have! Junior Bachchan fans would totally relate to this. It's always a delight to watch Abhishek Bachchan on screen and we only wish if we could get to see more of him after this lockdown. On completion of his 20 years in the industry, Abhishek penned a heartfelt note along with a video on his Instagram handle. Scroll down to check it out! 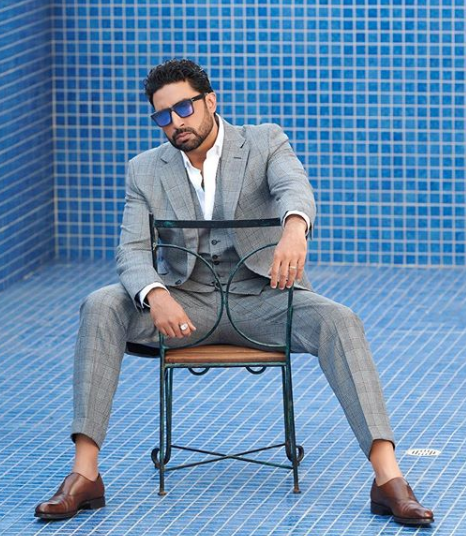 The junior Bachchan feels elated on being part of the industry for 20 years, which can easily be understood from his long note. His note in the caption can be read as "#RoadTo20 It’s hard to believe that at the end of this month I will complete 20yrs as an actor! It’s been a wonderful journey thus far. I’m not one to look back and dwell on the past, but, once in a while, it’s nice to remember the good and (sometimes) bad times. #RoadTo20 is an attempt to take you through these 20 years of my life as an actor. Maybe relive some of the memories and experiences. It is a celebration of all the people that have made all this possible. The countless people who had faith and belief in a tall, slightly awkward, foreign returned 22yr old boy who had a lifelong dream... one that he has spent the last 20 years living." Abhishek's doting sister, Shweta Bachchan Nanda commented, "Many more to come G onwards and upwards" followed by a red heart emoji. Check out the video below:

Abhishek's close friend and confidant, Riteish Deshmukh also commented on his post, congratulating him for completing 20 years in the industry. His comment can be read as, "20 years!!! My god that’s amazing - am happy to have been a small part of your long journey- love you bro" followed by two red heart emojis. To his comment, Abhishek replied recalling how Riteish has been a huge part of his 20-year-long journey in Bollywood. His comment can be read as "@riteishd huge part of it lil bro." (You May Also Like: 'Nazar' fame, Monalisa Rubbishes Reports Of Her Being In A Live-In Relationship With An Older Man) 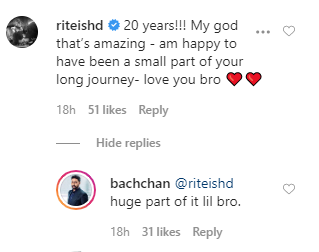 Some days ago, Big B had shared an unseen picture of Abhishek Bachchan and Shweta Bachchan Nanda, from when they were kids! To mark the completion of 43 years of Amar Akbar Anthony, Amitabh Bachchan had posted an endearing picture with his little ones, Shweta Bachchan and Abhishek Bachchan. He had captioned the picture as “SHWETA and Abhishek visit me on set of Amar Akbar Anthony .. shooting song ‘My name is Anthony Gonsalves’ .. at Holiday Inn Ball Room .. this pic on the beachfront .. 43 YEARS of AAA, today .. !!! When Man ji came to narrate the idea to me .. and told me the Title .. I thought he had lost it .. at a time in the ’70s when film titles revolved around Behen Bhabhi and Beti, this one was so out of place .. BUT .. It is reported that it did a business of 7.25 cr at that time .. inflation-adjusted it crosses collections of Bahubali 2 .. say the sayers who do calculations. But fact is it did massive business .. did 25 weeks in 25 theatres in Mumbai alone .. or so they say .. Doesn’t happen now ... gone are those days!!" (Also Read: Samantha Akkineni Learns To Cook Healthy Food For Hubby, Naga Chaitanya But Looks Like A Pro Already) 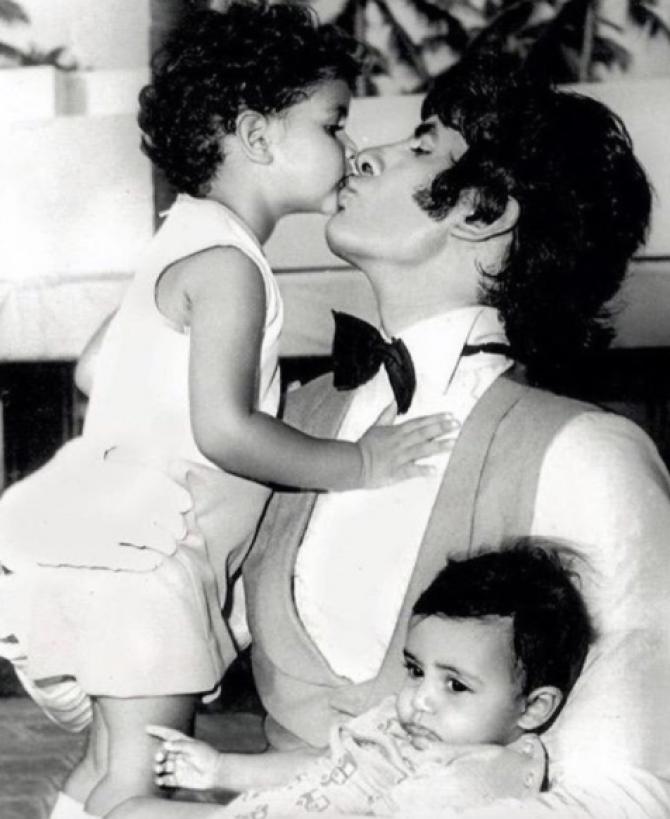 Here's wishing a hearty congratulations to Abhishek Bachchan for 20 years of the glorious journey! 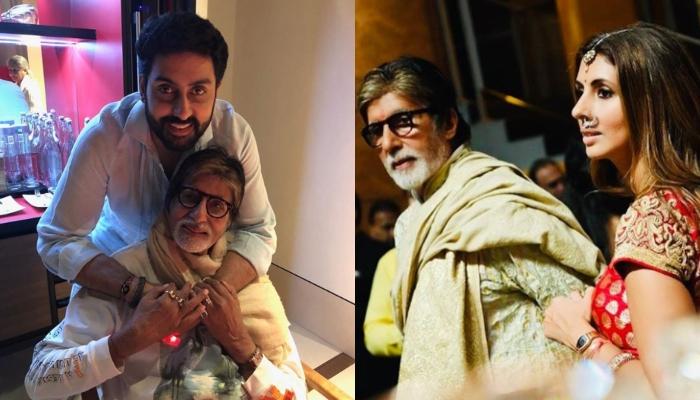 It is no less than a blessing to see your little ones grow into inspiring human beings. Every person dreams and hopes of seeing the day, when their kids grow and make a place for themselves in life. Although, no matter how old you grow, you'll always be a kid in your