Aaradhya Bachchan attended her 'maasi' Shloka Shetty's wedding along with her mother, Aishwarya Rai Bachchan. However, Aaradhya's consoling words on her 'maasi's vidaai' is sure to touch hearts!

When we see our children grow up and taking care of their elders during the crucial moments in the family, it gives us immense pleasure. Abhishek Bachchan and Aishwarya Rai Bachchan's daughter, Aaradhya Bachchan, is a fully grown-up child and the doting parents enjoy the happiness of witnessing their daughter maturing every day.

On July 25, 2021, filmmaker, Sarath Kumar's daughter, Varalaxmi Sarathkumar, had taken to her IG handle to share beautiful glimpses of their dinner with Abhishek, Aishwarya and Aaradhya. Aishwarya and Abhishek's pictures had instantly gone viral on the internet. However, one could not ignore the fact that how tall Aaradhya had looked. The little girl had looked only a few inches shorter than her mother, Aishwarya Rai Bachchan. Thus making us feel that she is not a small kid anymore.

Recommended Read: When Aishwarya Rai Revealed The One Thing She Loves The Most In Her Husband, Abhishek Bachchan Now pictures of actress, Aishwarya Rai Bachchan and her daughter, Aardhya Bachchan, have surfaced online. The mother-daughter duo attended a wedding of Aishwarya's cousin sister, Shloka Shetty, that had taken place earlier this year. However, it was Aaradhya's consoling words to her maasi, Shloka Shetty and her mother on the former's vidaai ceremony that is making the headlines this time.

The event management company that had covered the wedding, took to their IG handle to share some unseen glimpses from Shloka Shetty's wedding. Posting the pictures, the event management company wrote, "Ever since the thought of their daughter's wedding comes in their mind, parents know consciously or subconsciously, that one day she will go to another family to create a new world. But it must be during the vidai that this truth dawns in entirety. At that moment, in @shlokasshetty's vidai, comfort for @sulatha.shetty Aunty came in Aaradhya's sweet voice, 'Don't cry, I'm there na!" In one of the pictures, Shloka Shetty was seen planting a peck on her niece, Aaradhya Bachchan's cheek as tears rolled down her eyes. Going further in the caption, the event management company wrote, "Truly daughters are a blessing. On a separate note, the unpredictable nature of life takes away from us, someone who we would have wanted by our side in the most important moments of our life." 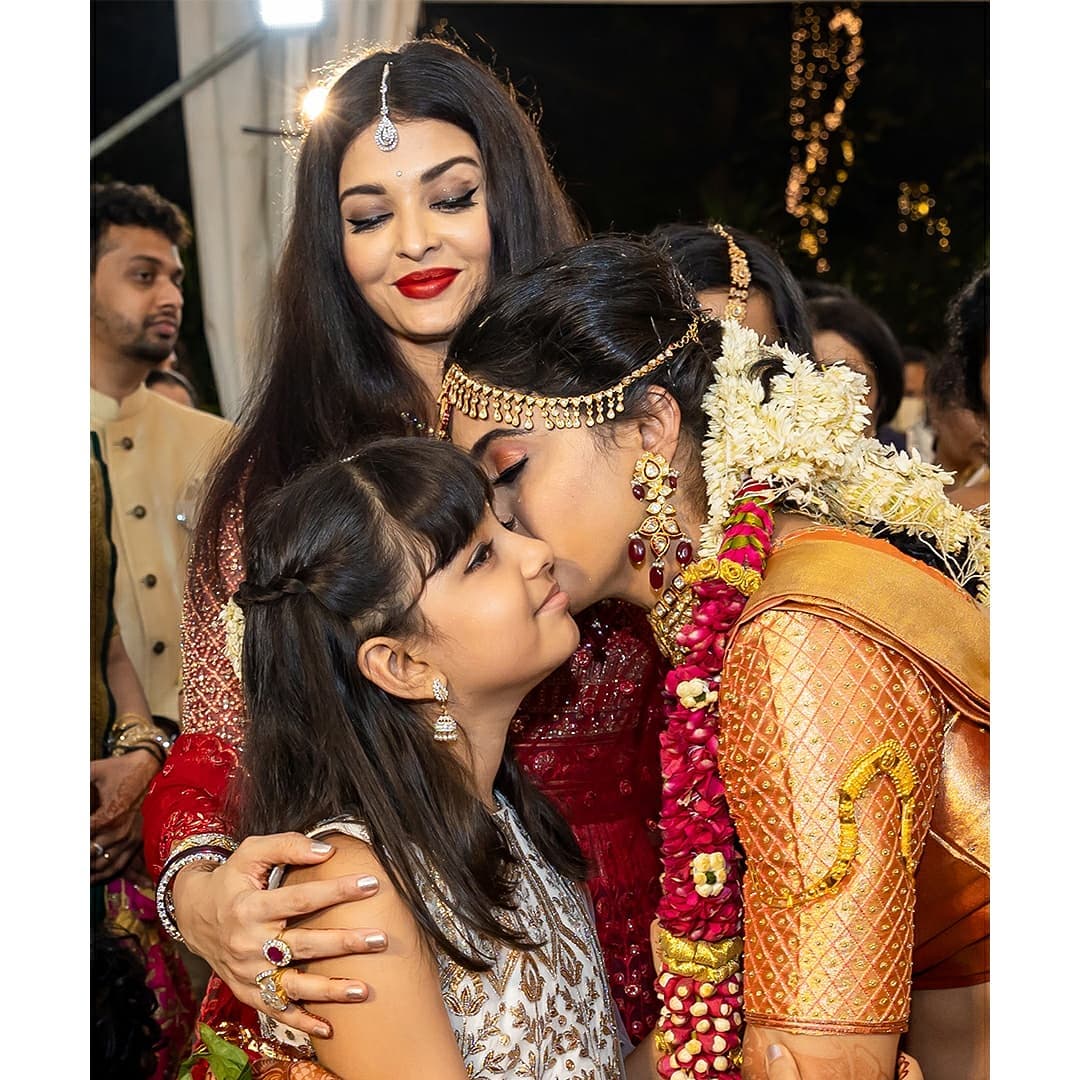 They also stated how Aishwarya Rai Bachchan's father, late Krishnaraj Rai, was a very important person in Shloka and her family's life. Stating the same, the event management company wrote, "Late Sh. Krishnaraj Rai (@aishwaryaraibachchan_arb's father) was such a person for Shloka and her family. Present in spirit, his blessings most certainly are with Shloka, Karan and their families." 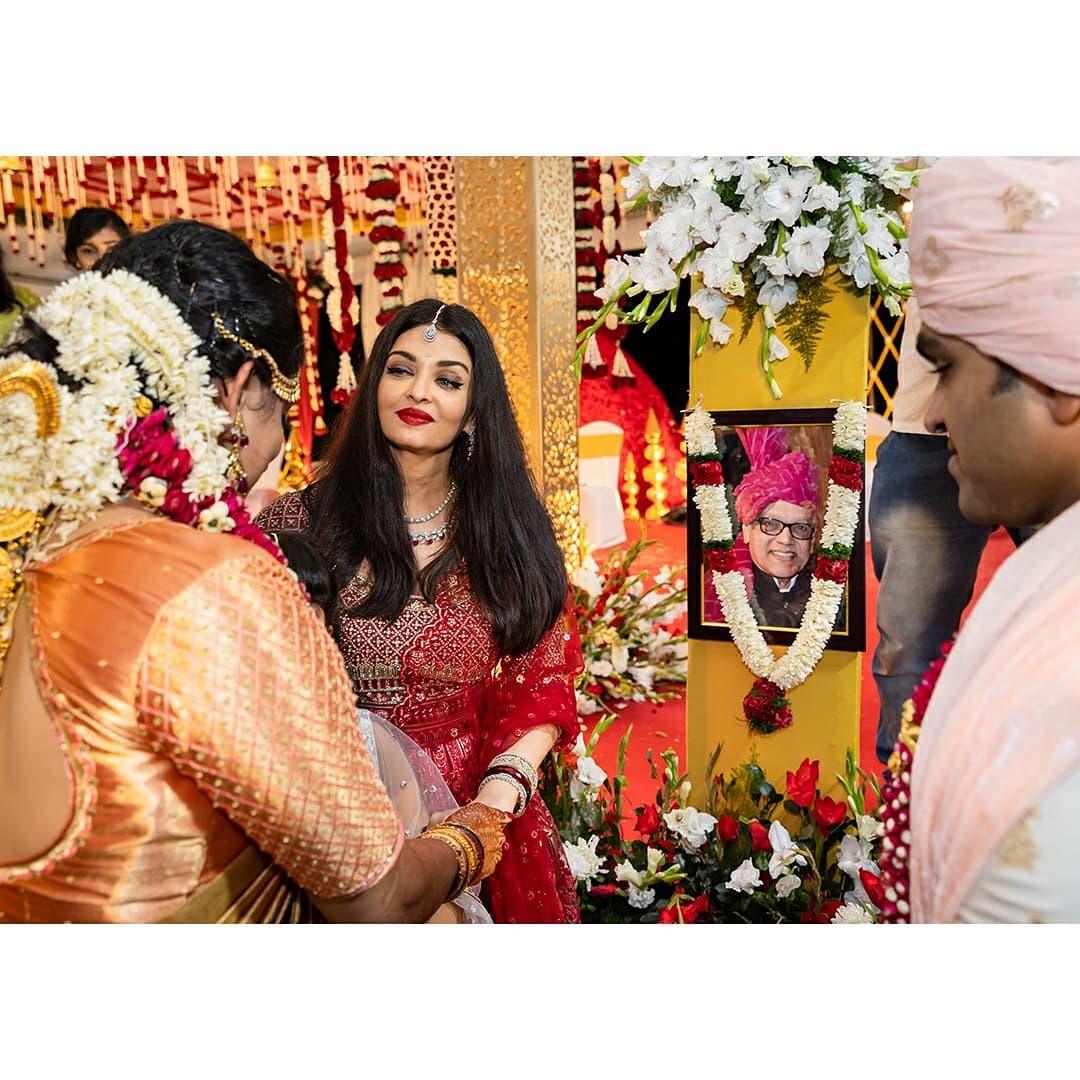 For the unversed, Abhishek and Aishwarya were blessed with Aaradhya on November 16, 2011. Abhishek Bachchan is one of the most underrated actors in Tinselvile. Being the son of superstar, Amitabh Bachchan, he has always looked up to him to make it big on the silver screen. The year 2000, marked his debut in Bollywood with the romantic film, Refugee opposite Kareena Kapoor, which did not