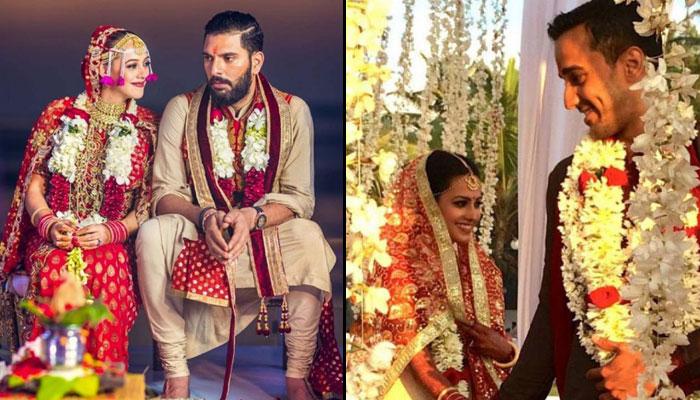 Picture this. Magnificent waves kissing your feet, sound of gushing water, white sand all around, your soulmate slowly walking towards you, and a beautiful mandap right in the middle of a beach. Sounds cheesy and dreamy as hell, but there’s something magical about beach weddings that makes them look like the most romantic thing ever.

If you too are smitten with beach weddings, here are a few popular celebs who walked down the aisle in a stunning beach wedding and made it look picture perfect.

Yuvraj Singh and Hazel Keech’s wedding was undoubtedly one of the most talked about weddings of 2016. After their Gurudwara wedding in Chandigarh on November 30, 2016 according to Sikh rituals, Yuvraj and Hazel aka YuvZel got married according to Hindu-Bihari rituals in Goa. Yuvraj Singh made a dashing entry on a quad bike, making it one of the coolest celebrity entries. 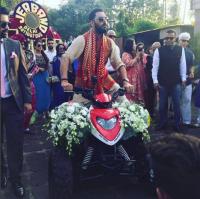 Yuvraj made a handsome groom in a golden kurta and churidar teamed up with an embroidered, red and golden jacket while Hazel looked ravishing in a red and gold Banarasi saree by Ashley Rebello. 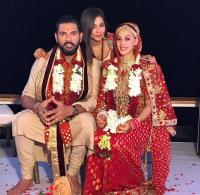 The beach wedding hosted by Hazel’s family took place at Teso Waterfront on the Siolim Chapora Fort Road in North Goa. The grand beach wedding was a star-studded one with Virat Kohli and Anushka Sharma as the stunning showstoppers.

Must See: Virat And Anushka At Yuvraj And Hazel's Goa Wedding Are Giving Us Serious Couple Goals

One of the cutest couples from the television world, Mohit and Sanaya, after dating for good seven years, became Mr. and Mrs. in a magical beach wedding ceremony which took place on January 25, 2016 at Planet Hollywood Hotel, Goa. 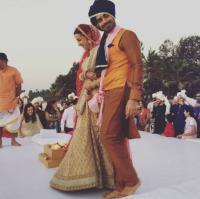 The mandap was set up right in the centre of the beach and it looked like a dream. It was a day wedding for these lovebirds who first met on the sets of youth-based show Miley Jab Hum Tum.

The wedding as well as the reception which took place in the evening of January 25, 2016 witnessed the presence of the prettiest celebs from the telly world including Sanaya’s bestie, actress Drashti Dhami, Arjun Bijlani, Raqesh Vashishth, Kinshuk Mahajan, Akshay Dogra and Barun Sobti. 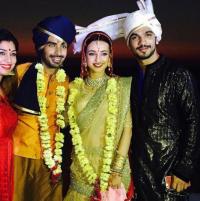 Also See: Mohit Sehgal And Sanaya Irani's Official Wedding Pictures Are Here And You Will Love Them

The wedding, which was a traditional South Indian one, took place in the afternoon of October 14, 2013. Anita looked striking in a traditional white saree with red border and accentuated her look with gajra, mathapatti and kamarbandh. 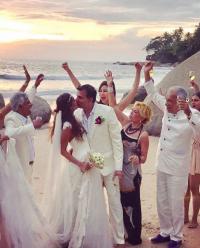 After dating for a year, this Queen fame actress got married to Dino Lalwani, son of Pakistan-born British entrepreneur, in a stunning beach ceremony on October 29, 2016. The location of the wedding was not mentioned. Lisa looked wonderful in an off-white flowing gown and the groom looked sharp in an off-white suit.

The couple looked beautifully colour-coordinated. The actress’ friend and fashion designer Malini Ramani, also attended the wedding and shared a few photos of Lisa Haydon and Dino. Soon after the wedding, Lisa Dino announced that the couple was expecting their first child together. On May 17, 2017, a little prince arrived in their lives. Lisa and Dino named their son Zack.

If you are already curious to see how the little one looks, click here to see baby Zack's photos shared by mommy Lisa.

Kunal Kapoor, who stole a million female fans' hearts with his sharp looks and cute smile had a secret wedding with Amitabh Bachchan's niece, Naina Bachchan. It was a destination wedding for the couple and the destination they chose was the picturesque Seychelles Islands. 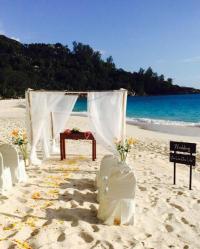 The lavish beach wedding ceremony which took palce on February 9, 2015, was an intimate one and was attended by Kunal and Naina’s immediate family, relatives and close friends.

You may like: Kunal Kapoor And Naina Bachchan's Beautiful Wedding Story That Will Leave You Smiling

Lara Dutta and Mahesh Bhupathi’s exchanged wedding vows on February 20, 2011 and are now proud parents to a cute princess who came into their lives in 2012. The couple’s wedding took place at Sunset Point which overlooked the majestic Indian Ocean, offering a magnificent backdrop to their wedding vows. 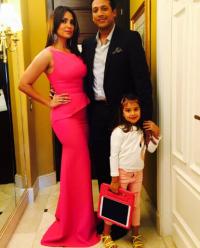 Lara dazzled in an all-lace white gown while Mahesh looked his dapper best in a black tuxedo. Lara only shared one wedding picture for all her fans and followers on her Twitter account.

Next Read: 10 Famous Celebrity Couples Who Had Stunning Destination Weddings

Beach weddings are undeniably the dreamiest of all and these popular celebs’ are the biggest example of how a wedding can look so fairytale like. Which celeb couple is your favourite from this list?