11 Men Manisha Koirala Dated Before Marrying Samrat Dahal, Only To Divorce Him As Well

11 Men Manisha Koirala Dated Before Marrying Samrat Dahal, Only To Divorce Him As Well

It is no secret that Bollywood’s most charming beauty, Manisha Koirala, wore her heart on her sleeves. The diva, who hailed from the royal family in Nepal, never believed in hiding her relationships. Be it negative publicity, Bollywood’s power-hungry directors, unfaithful friends or complicated relationships; Manisha never minced her words in talking about these.

Recommended Read: 7 Bollywood Single Moms Who Broke The Boundaries And Got Married Again

While we all know about her much publicised romantic involvement with Nana Patekar and Vivek Mushran; we don’t know much about the other 9 men who came into her life before her now-ex-husband husband, Samrat Dahal. Let’s take a look at the men Manisha was involved with.- 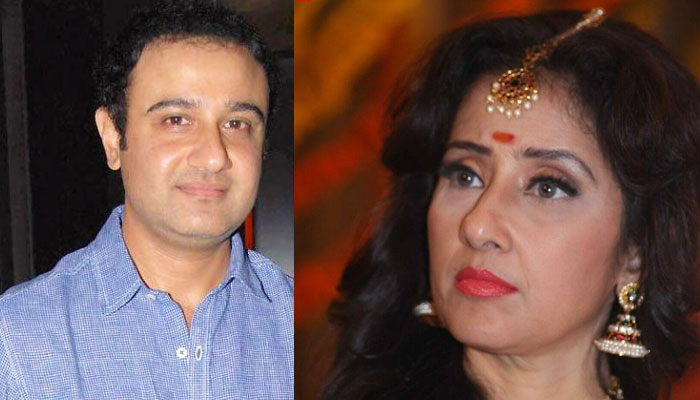 Manisha Koirala became a household name with her stunning looks and impeccable acting chops with Subhash Ghai’s Saudagar. Along with her performance, the other thing that made news was her involvement with co-star, Vivek Mushran. Basking in the glory of their first big hit and cruising at a very young age, both Manisha and Vivek became more than “just good friends” during the filming of the movie. But the couple soon went out of love and call it quits. Manisha Koirala and Nana Patekar’s jodi emerged as one of the most bankable jodis in the early 90s. The couple worked in Khamoshi: The Musical and Agnisakshi, both of which went on to win major awards and applauds. Just like their on-screen love-life, their off-screen romance was turbulent too. Since, Nana Patekar was a married man and much elder to Manisha, the couple initially was hesitant and never come out in public. However, with time, both Manisha and Nana eased out and could be spotted leaving each other’s house at wee hours without shying away from anyone. Even though Nana was married, his wife wasn’t living with him then. It was also reported that an extremely possessive Manisha had once caught Nana and Ayesha Jhulka in an intimate position and had an ugly showdown. However, Nana managed to convince her and the couple moved on. The last nail in the coffin, however, was Nana’s refusal to marry Koirala. When the Dil Se star finally realized that Patekar was not going to leave his wife for her, she parted ways. Manisha apparently had gone into a state of depression post her separation from him.

Must Read: Nana Fell For Manisha But Never Married Her! Know Why Their Love Ended

"She is the most sensitive actress around. She is like a kasturi hiran, she still needs to realise that she doesn't need to keep pace with anyone. She has it all and that's more than enough. I can barely hold back the tears when I see what she's doing to herself. Maybe I don't have anything to say about her today! A break-up is a very difficult phase. You have to experience it to know the pain.  I can't describe the pain I went through. Please, let's not talk about this. I miss Manisha!" 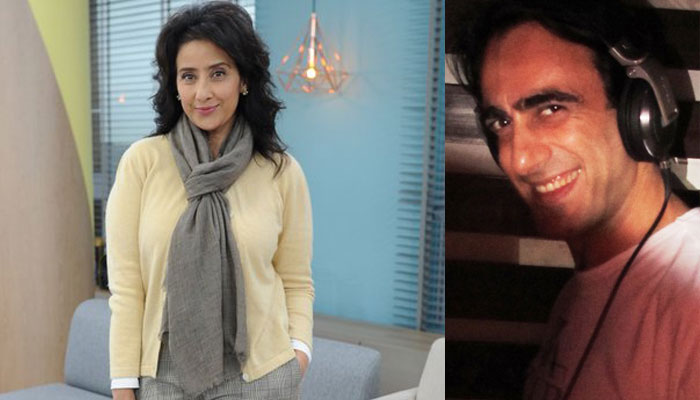 Manisha was emotionally battered and in a state of depression after parting ways with Nana. It was during this period that she met, DJ Whosane. This DJ, whose original name was Hussain Babai, turned out to be an emotional anchor for Manisha Koirala. Though it was never reported how their relationship started but considering the nature of their jobs, the couple was expected to have met during some social gathering. Whosane showered Manisha with his attention, care and love and the couple soon moved in together. However, commitment-phobic Manisha called it quits when Whosane started getting serious for her and eventually proposed to her for marriage. 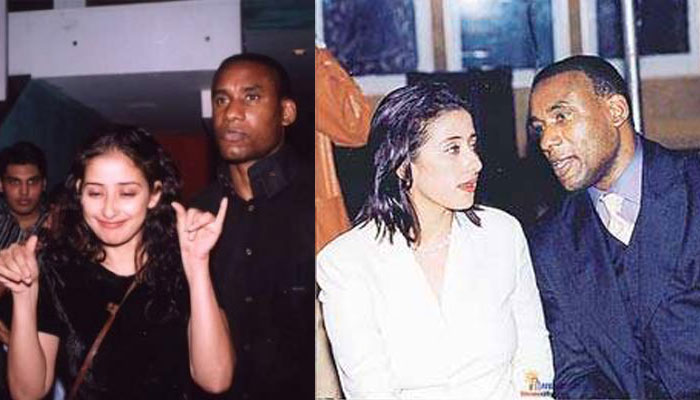 Even though she was afraid of commitments, Manisha never hesitated from giving love another chance. Soon after her split with DJ Whosane, Manisha fell into the arms of a London based Nigerian businessman, Cecil Anthony. The duo met during one of Manisha’s courses in London and then kept in touch. Soon love blossomed and the couple started maintaining a long distance relationship until Manisha found another ‘new love’. 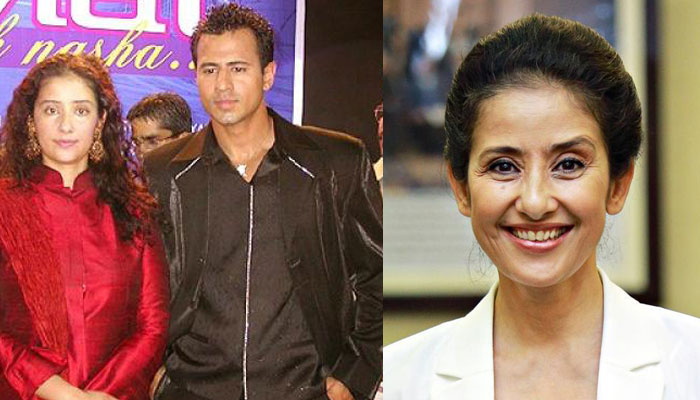 Tired of her maintaining the long-distance relationship, love struck Manisha one more time after she met a relatively new kid on the block – Aryan Vaid. Manisha met Aryan when things were not looking too good for her professionally and she had been roped in to star in a B-Grade film called Market. It was during the shoot of the film, in which Aryan too played an important role, that Manisha and he came closer. While Manisha decided to give another shot to love, Aryan sought this as an opportunity to gain media attention and could not stop talking about his relationship with her. Not surprisingly, this relationship ended sooner than expected. Even after their breakup, Aryan Vaid maintained that Manisha was still in touch with him. In one of the interviews, post his breakup, he had said:

“We are cool with each other on the sets of ‘Chahat Ek Nasha’. She even sends me text messages on my mobile phone; I just got one from her last night from New York.”

You May Like: 5 Famous Actors Of Bollywood Who Were Raised By Single Moms Manisha, who had realized that her biological clock was ticking, was desperately looking for her soulmate. And her search ended at Mumbai based restaurateur, Prashant Chaudhary (or so everyone thought, then!). A much younger Prashant was infatuated with Manisha and soon fell in love with her madly. In fact, the couple were so serious that they were even considering tying the knot. But, as luck would have it, the couple headed for splitsville when Prashant refused to get married due to family pressure. At one point in time, Manisha was rumoured to be dating Australian Ambassador to Nepal, Crispin Conroy. It was also stated that when Crispin proposed to her, Manisha called it quits. 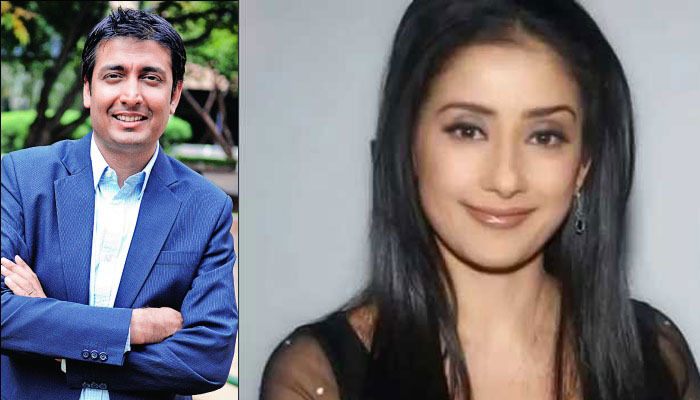 A smaller section of the media had reported an affair between Manisha Koirala and son of Azim Premji, Tariq. Not much is known about how they met or where they met, but the couple soon parted ways. 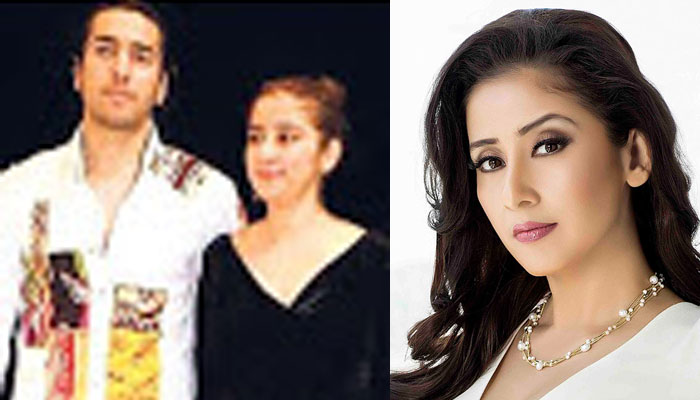 Don’t be surprised we are not talking about our Bollywood hunk – Akshay Kumar here. Manisha had a brief fling with a newcomer, Akshay. Even though things were going well between the couple, they decided to part ways, when Akshay, who was still trying to fit into the industry wasn’t ready to settle down and Manisha was looking for marital bliss. 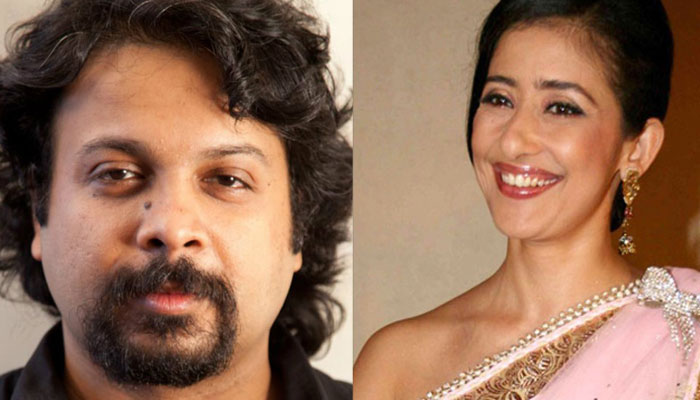 In 2007, Manisha found a special place in her heart for the music composer, Sandeep Chowta post her separation with Akshay. Sandeep, who had dated actresses like Sushmita Sen, Shilpa Shetty and Urvashi Dholakia, did not want to commit to the relationship and thus the couple amicably headed their own ways.

Don't Miss: After Fighting A Bad Marriage And Winning Over Cancer, Manisha To Adopt A Baby Girl It was soon after parting ways with Sandeep, that Manisha got romantically involved with an Americal sports counsellor and entrepreneur, Christopher Dorris. The couple dated for three years and were madly in love with each other. Manisha had also revealed her marriage plans with Christopher to her close ones. Though what happened between the couple which made them choose different paths is still unknown but soon after the breakup, Manisha had made this statement:

“I think the timing wasn’t correct. I want to marry for the right reasons and not because my biological clock is ticking away. I believe in the institution of marriage and want it to be permanent.” 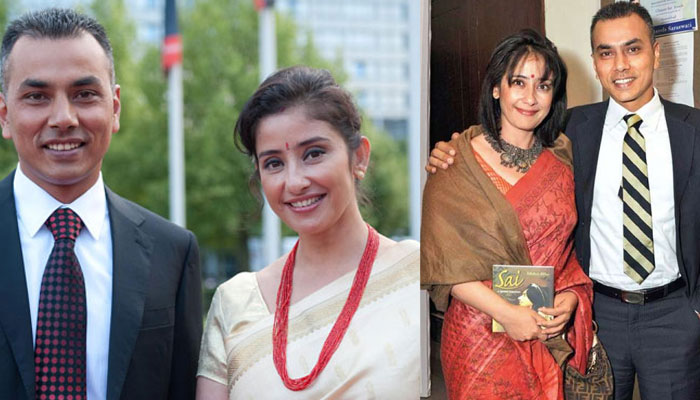 Manisha tied the knot with Samrat Dahal, a business tycoon, who was seven years younger to her and hailed from Nepal in 2010. The hush-hush, hasty wedding took everyone by surprise. When people quizzed Manisha whether this was an arranged marriage, she had revealed that they met on Facebook and soon fell in love. However, within a few months of their marriage, trouble started brewing in their paradise and Manisha labelled Samrat as her “biggest enemy.” The couple filed for divorce in 2012. Talking about what went wrong in their relationship, Manisha once said:

“I had a dreamy idea of marriage. If you are in a bad relationship, then it's better to separate. There is no bitterness. I take full responsibility of hurrying up and wanting to get married and then realising I am not meant for this. There is no fault from another side, the fault is mine."

Whoa! So, here we are! These were the many men whom Manisha Koirala dated. To be in a relationship or to date numerous times is no big deal in Bollywood. But we appreciate Manisha's candid and outspoken nature about her relationships.

Next Read: 5 Years After Her Divorce, Manisha Koirala Reveals The Reason Behind Her Failed Marriage