Here's the list of the top ten richest families in India who gathered a lot of attention owing to their luxurious lifestyle. Check it out!

India is home to more than twenty crore families. However, only a few made it big and carved a different place in society. From Ambani's to Adani's, our nation is home to some of the richest families. And these billionaire families are no less than B-town celebrities. In addition, they often steal the show with their extravagant lifestyle.

For the unversed, some of them were born with a silver spoon, while some went ahead and carved their own spoon. However, if there is one thing that each of these entrepreneurial families has in common, it is their exceptional business acumen and their drive to carry on the family name. These families, who come from various backgrounds, have amassed enormous wealth and earned a spot among India's top 10 wealthiest families. The Adani Group, a multinational corporation with its headquarters in Ahmedabad, was founded by Indian business tycoon, Gautam Adani. The company, which does business in operations related to port improvements in India, is well-known throughout the world. The Adani Group was solely founded by the billionaire in 1988. Despite not coming from an affluent family, Gautam ventured to harbour aspirations of becoming successful in the industrial field. 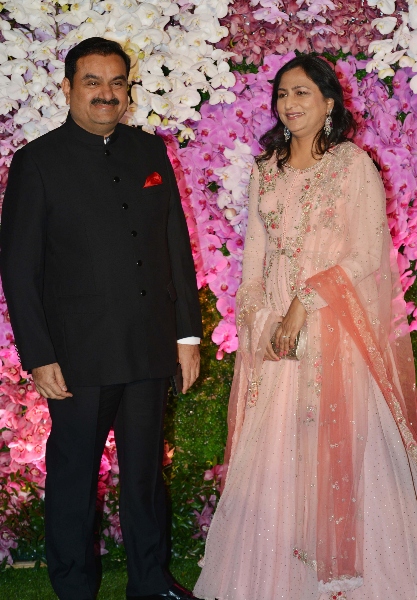 Gautam Adani is married to a dentist, Priti Adani, who also leads Adani Foundation. His son, Karan Adani is also a business tycoon who is the CEO of Adani Ports & SEZ Limited. Gautam Adani's path, from allegedly purchasing a scooter like the common person to purportedly being able to acquire a private plane worth crores, is unquestionably inspirational. Talking about the net worth of the Adani family, then it is about 109.5 billion US dollars, making them the richest family in India.

Also Read: Gautam Adani's Most Expensive Things: From A House Worth Rs 400 Crores To An Aircraft Fleet And More 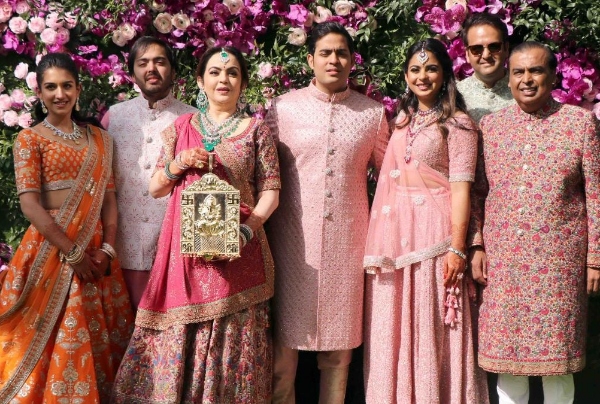 If there is a family, that has set a high benchmark for love, respect, traditions and culture, then it is undoubtedly the Ambani family. Counted among the world's top richest families, the Ambani clan is known for their humble yet prolific journey into the business world. Every now and then, the Ambani family makes it to the headlines, courtesy of their luxurious lifestyle and over-the-top parties. For the unversed, Mukesh Ambani, the chairman of Reliance Industries Limited, got married to Nita Ambani, the founder and chairperson of the CSR arm of Reliance Industries, Reliance Foundation, in 1985. 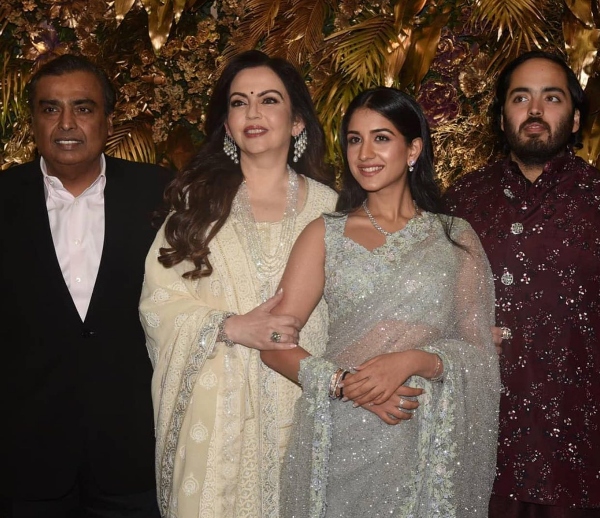 For the unversed, Reliance Industries was founded by Dhirubhai Ambani in 1973. Talking about their net worth, the Ambani clan lives in a home worth 1 billion US dollars and has a net worth of 90 billion US dollars. The family owns Reliance Industries, which is active in oil, gas, petroleum, textiles, plastics, and other industries. Moreover, the family occupies the Reliance Jio Infocomm Limited, which is headed by Akash Ambani. 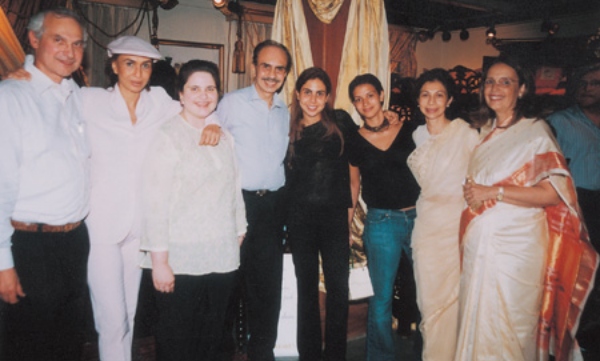 The Godrej family is an Indian Parsi family that manages and largely owns the Godrej Group, which is 124 years old. It was established by lawyer, Ardeshir Godrej in 1897 and is now headed by his patriarch, Adi Godrej. The family is one of the wealthiest in the nation, with a net worth of 15 billion US dollars. The family owns Godrej Consumer Products which is headed by Nisaba Godrej, and Godrej properties which is headed by Pirojsha Godrej along with other industries. The Godrej Group is a 123-year-old consumer product giant with a 6 billion US dollars market capital.

You May Also Like: Inside Richest Indian Woman, Roshni Nadar's Love Story With Husband, Shikhar Malhotra And Their Sons 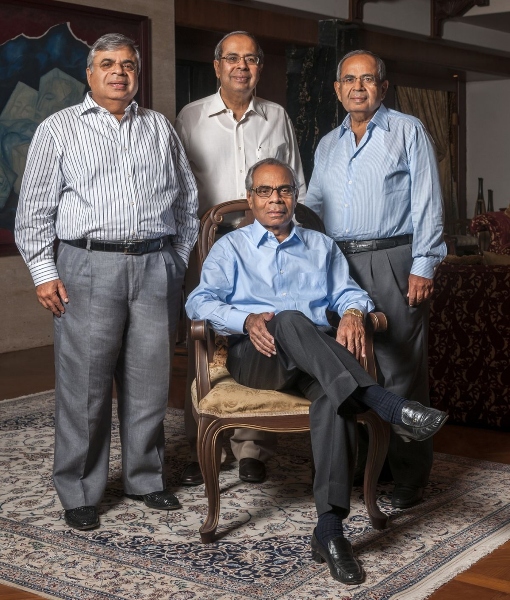 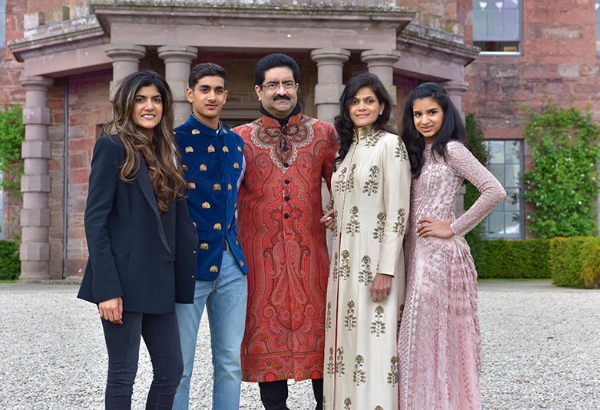 The Aditya Birla group is one of India's oldest family-owned businesses, which is run by Kumar Mangalam Birla. It was founded in 1857 as a cotton trading business by Seth Shiv Narayan Birla. With stakes in sectors like metal, cement, financial services, telecom, retail and more, the Birla group has a net worth of 16.7 billion US dollars. The Birla family has given some of the biggest entrepreneurs to the nation, however, the new generation of the family is gaining popularity in other fields as well. For the unversed, Kumar Mangalam Birla's daughter, Ananya Birla is making the entire nation proud on the international platform with her melodious voice and amazing songs. The Damani family is the owner of the retail company DMart, one of the most prosperous chains of hypermarkets in India. DMart, which is founded by Radhakishan Damani in 2002 and managed by his daughter, Manjri Chandak, has 271 locations around India. Moreover, the family had purchased a home worth more than 100 million US dollars in 2021. Additionally, they are the owners of the well-known beachside resort in Alibag, India, with 156 rooms, the Radisson Blu Resort. The Damani family is one of the wealthiest in the nation, with a net worth estimated to be 1940 crores USD. Jamnalal Bajaj established the Bajaj Group in 1926. The Bajaj family controls the Bajaj Group, a motorcycle-making company that is 93 years old. The group consists of 34 firms, and its main company, Bajaj Auto, which is run by Niraj R. Bajaj is recognised as the fourth-largest two-and three-wheeler producer in the world. The Bajaj family has a net worth of 9.3 billion US dollars. 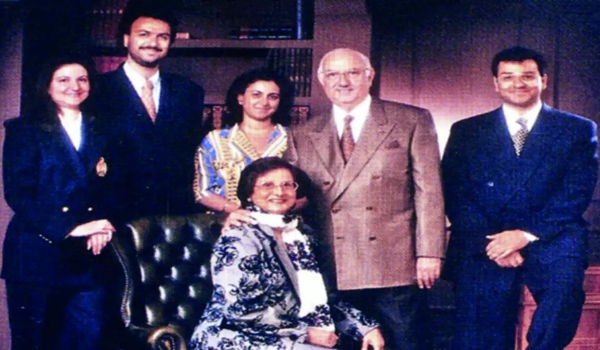 The Mistry family owns the Shapoorji Pallonji Group, which was founded in 1865 by Pallonji Mistry. It operates in construction, real estate, textiles, engineered goods, home appliances, shipping, publications, power, and biotechnology. The Shapoorji Pallonji Group, which is managed by Pallonji Mistry's son, Shapoor Mistry has a net worth of approximately 32 billion US dollars. While, his younger son, Cyrus Mistry was the chairman of the Tata Group from 2012 to 2016. For the unversed, Cyrus Mistry died in a car accident on September 4, 2022. 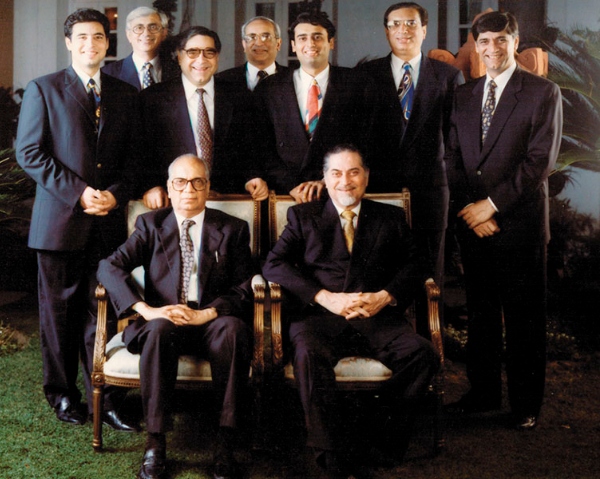 The Burman family that enjoys a net worth of 11 billion US dollars, owns 68% stakes in Dabur, which was started in 1884 by S.K. Burman. Currently, the fifth generation of the family, Amit Burman and Mohit Burman serve as chairman and vice-chairman respectively. The family's private holdings range from restaurants to life insurance and home to healthcare industry segments. 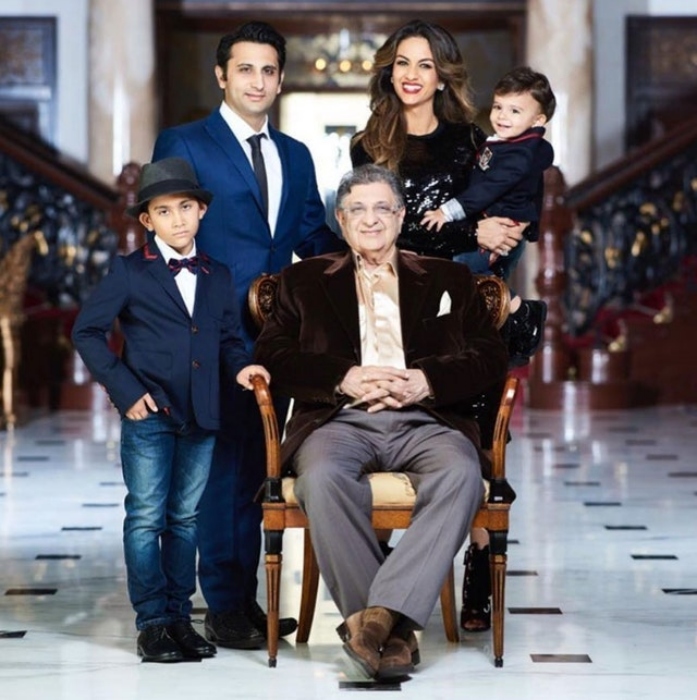 Cyrus S. Poonawalla, son of a horse breeder, founded the world's largest vaccine maker, Serum Institute of India, in 1966. The institute produces over 1.5 billion doses annually of a range of vaccines, including polio, flu and measles. Moreover, the Poonawalla family's assets include a majority stake in the listed financial services firm, Poonawalla Fincorp, which is managed by Adar Poonawalla. According to the Forbes India Rich list, the Poonawalla family has a net worth of Rs. 24.3 billion US dollars.

Also Read: Natasha Poonawala's 247-Acre Farmhouse In Lonavala Is Not Less Than A Glamorous Villa

Well, these billionaire families of India have indeed garnered a lot of attention owing to their affluence and exuberant life. So what do you think about these wealthiest families in India? Let us know!