If you are married, are soon to-be married, or have ever accompanied your sisters/friends for buying their wedding dress, you must have noticed how amazing those shopping trips are! There is a happy vibe in the air and there are various prominent stages of the shopping trip, which are quite hilarious. From the getting together of the shoppers party to the rejection of lehengas to the selection of the ultimate dress, each and every moment is enjoyable, not just for the bride-to-be, but for everyone accompanying her. Check out some extremely amusing things that always happen when an Indian family steps out to pick a wedding dress.

Recommended Read: Emotional State Of Mind Of Every Bride-To-Be When Buying Her Wedding Dress

5 Shocking Disasters That Might Spoil Your Perfect Winter Wedding

5 Amazing Ways To Make Your Wedding Memorable For Your Guests

Top 10 Places In Delhi To Shop For Your Bridal Wear

#1. The uniting of all the people who want to go along with the bride-to-be to choose her dress

As soon as the bride-to-be decides to go for her wedding dress shopping, all the over-excited friends and relatives decide to tag along, be it the chachis and mamis, or the bhabhis and friends, everyone is equally excited for the lehenga shopping!

#2. Deciding on the best shops and markets to buy the precious piece of clothing from

Usually a cause of disagreement, the choice of the best shop/market is one of the first hurdles a bride comes across during her wedding shopping. While the young brigade insists on malls and swanky showrooms, the older generation, including the mother, is hell-bent on the good old Chandni Chowk.

#3. The flow of happiness and excitement among the entire party, they exchange happy looks and bond over the whole process

The entire shopping gang is elated during the process. Everyone exchanges subtle smiles and happy looks while the bride tries on different dresses. In addition, there is constant chattering and giggling going on.

Also See: 10 Important Things Indian Couples Should Do Immediately After Their Wedding But They Don't!

#4. The bride-to-be transforms into a beautiful princess because of trying on so many exquisite dresses 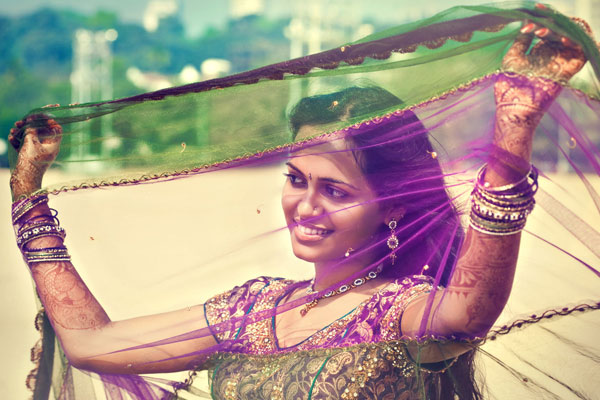 The bride who usually dresses comfortably to go on the shopping spree, is magically transformed into a beautiful empress radiating charm and grace. The wonderful dresses she tries on give a beautiful glow to her face. After trying on a few dresses, she gets into the flow and becomes more comfortable and confident.

#5. Waiting for the trial rooms

This is the most annoying thing during the entire shopping spree. The girl has to (im)patiently wait for the trial rooms, as there are so many people there who want to try on dresses, and that too as soon as possible.

#6. There is always that one unenthusiastic person who looks disinterested as hell There is always that one person, who is dragged along forcibly by the shopping team (usually the male member and allocated driver, who drives the entire party around town searching for the best dresses). By looking at his face, one might get the feeling that the person’s life has lost all meaning and he is looking around for ways of escape.

Check It Out: The Most Fun Anniversary Games For All Age Groups To Make Your Party An Instant Hit

#7. Rejecting 10000 dresses because someone or the other always says ‘this is not the one’

Rejection is an inevitable part of lehenga shopping. It is impossible to like and buy a dress in a single go. People usually have to make several rounds to the market before they finalise 'The Dress'.

#8. Finding the perfect dress for which everyone immediately says “yes”

This is probably one of the best moments of the bride’s life; the moment when she steps out of the dressing room wearing that one pretty dress, for which everyone immediately agrees.

#9. Approval from the bride’s mother and the tears of joy that follow

After the bride is satisfied with her choice, she seeks her mother’s approving looks; and the tears of joy in her mother’s eyes, are proof enough of her approval as well as the joy she is feeling at that moment. Everyone becomes emotional because the reality, that their beloved daughter/sister/friend will be married soon, begins to sink in.

Must Read: 7 Bollywood Celebrities Who Are More Successful Than Their Star Parents

#10. The girl’s urge to take a selfie in the bridal dress, but not being able to do so 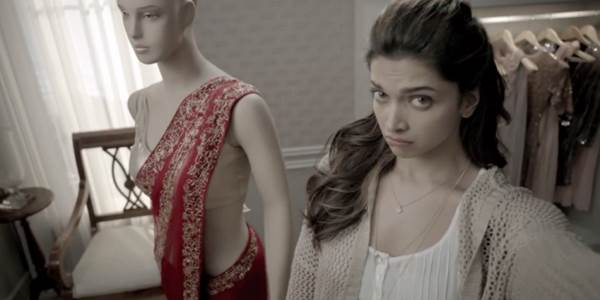 The selfie fever is most prominently visible in the bride-to-be when she dresses up in her wedding dress for the first time. She really wants to click a picture with her beautiful dress on, but is unable to, because most shopkeepers and designers do not allow them to take pictures of the dresses due to the fear of their designs being copied. A thousand excuses are produced in front of the salesman, ghar pe mummy-papa ko dikhani hai, etc., but they are of no use.

#11. The bride’s delay in taking off the beautiful dress and parading around in it 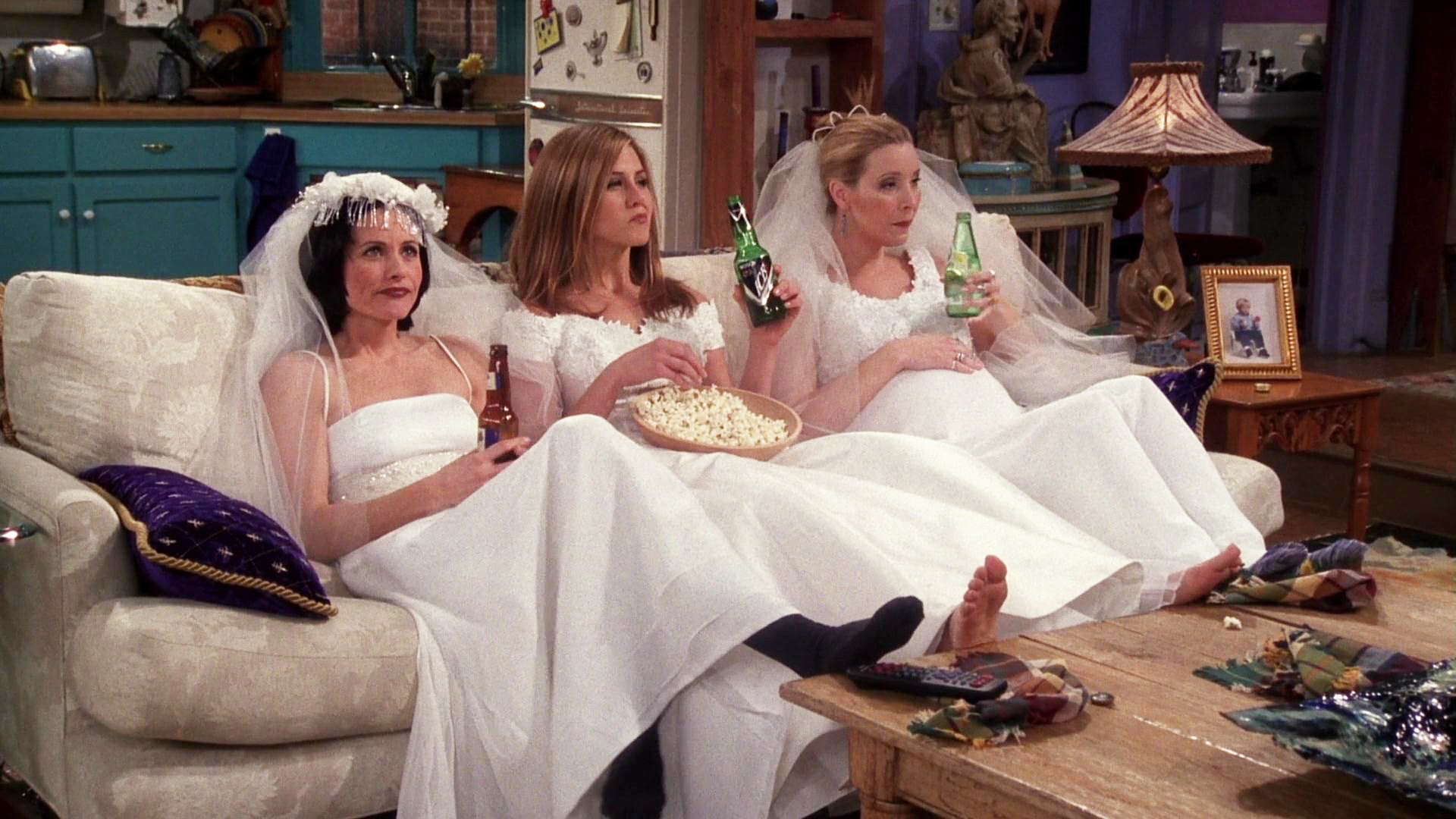 The bride feels so special and pretty in her wedding attire that she is unwilling to take it off. She parades around the showroom, feeling giddy and excited like a little girl, who gets to wear heels for the first time. The energy and happiness radiating off her is quite palapable and it makes everyone around her happy.

#12. Accepting that all the hassle was worth it and the ultimate satisfaction of having found the perfect dress

After the ensemble is selected, bought and safely placed in the care of the mother, the satisfaction sinks in. The hassle one goes through and the tiresome spree is forgotten while everyone rejoices in the fact that they have finally selected the perfect dress for the bride.

Recommended Read: If Your Elder Sister Is Getting Married, Here Is What She Wants To Say To You

Having said this, the day a woman buys her wedding dress, is one of the most special and memorable days of her life. All the little tid-bits of the day are forever etched in her mind. If you or any of your near and dear ones are getting married soon, make sure to make the wedding dress shopping ritual special; you will cherish it forever!

5 Shocking Disasters That Might Spoil Your Perfect Winter Wedding

5 Amazing Ways To Make Your Wedding Memorable For Your Guests

Top 10 Places In Delhi To Shop For Your Bridal Wear