Vivek Oberoi shared a beautiful video on his social media handle, wherein he can be seen waving the Indian flag with his family on foreign soil. Check out!

Bollywood actor, Vivek Oberoi has etched a special place in everyone's hearts with his stunning acting and handsome looks. With his debut film, Company, in 2002, he became a household name. In addition, the actor is also loved for his light-hearted comedy flicks like Masti, Great Grand Masti, and many more. Undoubtedly, with his stunning performances, he has also won many well-acclaimed awards, such as Filmfare Awards, the 9th South Indian International Movie award, etc.

Coming to his personal life, Vivek Oberoi tied the knot with his ladylove, Priyanka Alva on October 29, 2010. For the unversed, the duo had met each other in an arranged marriage set-up but soon fell in love with one another. Together they are blessed with two kids, a son, Vivaan Veer Oberoi and a daughter, Ameyaa Nirvana Oberoi. The family of four is living the best of their lives, and glimpses of the same are found on the actor's social media handles.

Vivek Oberoi Shares A Throwback Picture With His Family From 2015, Pens A Cute Note 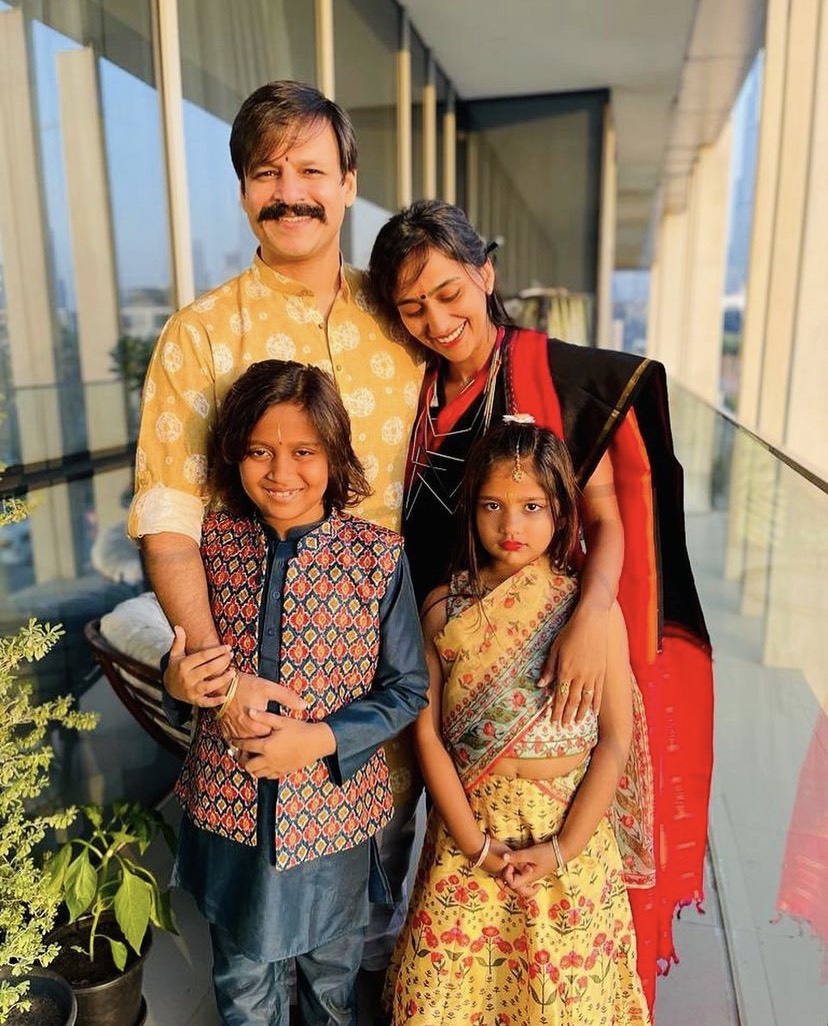 On August 15, 2022, Vivek Oberoi took to his IG handle and shared a beautiful video, wherein we can see a glimpse of the actor and his family's Independence Day celebration. Currently, the family of four is in London. Thus, they were seen waving the Indian flag with full pride and sincerity while standing in front of the British Parliament. Sharing the beautiful video, Vivek penned:

"Sare Jahan Se Accha. No matter where we are, who we meet, how we live, we can never forget our indian roots. Celebrating our #75Independenceday in a foreign land and beaming with pride with my family as the tricolour flies high! #jaihind. Happy Independence Day to everyone! Lehra Do."

Vivek Oberoi is a complete family man and keeps sharing glimpses with his family on his social media handles. On July 24, 2020, the actor had taken a trip down memory lane and shared a throwback picture with his family on his IG handle. In the picture, we could see Vivek posing happily with his wife, Priyanka and their son, Vivaan and daughter, Ameyaa. Sharing it, he had written:

"Throwback to 2015, when our little angel Ameyaa used to fit perfectly in my arms while Vivaan was all excited (he still is) to be a 'big bhaiya' to his 'chota baby'." 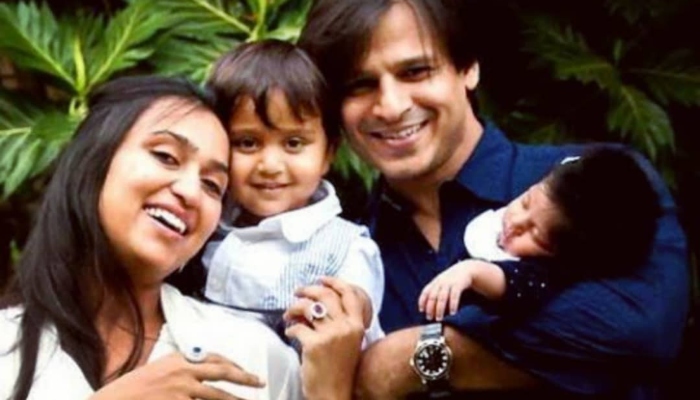 Earlier in an interview with India Today, Vivek Oberoi had mentioned a hilarious incident with his kids after they had watched his films, Saathiya and Prince, together. The doting father explained that both of his kids were watching the films for the first time. His son, Vivaan loves action and thus, was glued to the screen. However, his daughter Ameyaa lost interest and mentioned to him, the one thing that she didn't like in the movie. Recalling the hilarious incident, Vivek said that Ameyaa had warned him not to kiss anyone else who isn't her mommy, Priyanka Alva. Vivek had said:

"My little daughter came up to me and said, 'Dadda, I didn't like that you kiss someone who is not mumma. You are not allowed to kiss people who is not mumma'. And I was like okay.That was a cute and innocent perspective." 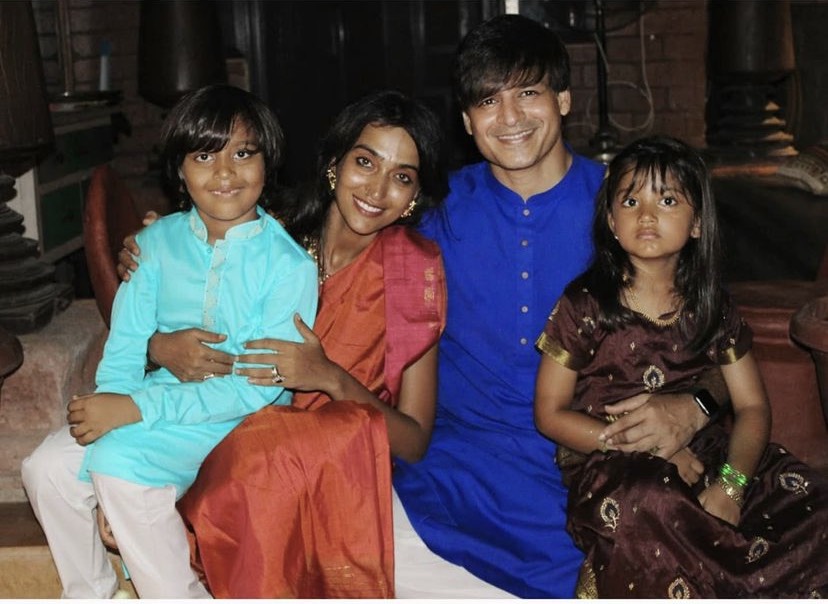 Isn't Vivek and his family's glimpse from the foreign land setting major goals? Let us know.

Next Read: Akshay Kumar Gifted Saree To His 'Rakhi' Sister, Rupali Ganguly, The Latter Looks Pretty In It