Indian cricketer, Virat Kohli revealed his wife, Anushka Sharma is his 'pillar of strength' and how they deal with the negativity around them. Find out!

While Anushka Sharma is one of the most gorgeous and supremely-talented actresses of this generation, her husband, Virat Kohli is often regarded as one of the greatest Indian cricketers of all-time, and together they make for the most adorable couple in the country. The madly-in-love couple had walked down the aisle back in December 2017. Since then, Virat and Anushka have never failed to make it to the headlines for their mushy love and have made us wish to have a relationship just like them. It was on January 11, 2021, when 'Viruska' were blessed with a baby princess. However, the parents were clear enough to maintain the privacy of their first child. (Recommended Read: Miheeka Bajaj's Perfect Wish For 'Darling' Hubby, Rana Daggubati On Completing 11 Years In Tollywood)

The parents had requested the hospital and paps not to click any pictures of their newborn, and their wish was certainly a command for everyone. Well, if not the baby, the paps had clicked the new parents, and we had loved their first appearance post embracing parents. Now, in a conversation with Mark Nicholas, Virat has talked about his wife, Anushka Sharma's importance in his life. Scroll down to know it all!

In a candid conversation with the former cricketer, Mark Nicholas on his podcast, Not Just Cricket, Indian skipper, Virat Kohli praised his wife and actress, Anushka Sharma, for being his pillar of strength at every single step of his life. From supporting him from the stands to guiding him in his life's various decision, Anushka is the one, who plays a critically important part in Virat's life. The batsman also revealed that he and his wife, time and again, talk about each other's mental well being, as they both know the importance of being mentally fit. He said, "From a mental point of view, I have a lot of conversations with my wife. She has been a pillar of strength for me in that regard. Anushka and I have such great detailed conversations about the complexity of the mind and how it can pull you into negativity and what are the things that matter to put things into perspective" (Don't Miss: Shah Rukh Khan Twinning With Sister Shehnaz Khan In A Rare Appearance Together Is Pure Sibling Goals) Going further in his conversation with Mark Nicholas, the Indian batsman, Virat Kohli has credited his wife, Anushka Sharma, to help him eliminate all the negativity around them. The doting husband also praised his wife and stated that she also deals with a lot of toxicity but never lets it affect her in any sense. He said, "Because she herself is at a level where she had to deal with a lot of that negativity. So she understands my situation, and I understand her situation. And to be able to have a life partner that understands exactly what you are thinking, feeling and what you are going through. I do not quite know if I would have had that clarity if she was not in my life." 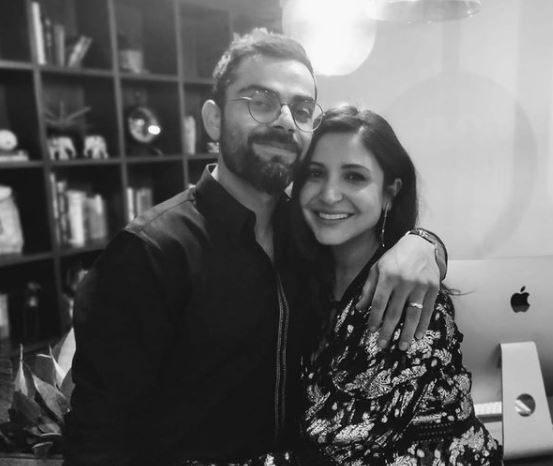 On February 14, 2021, Anushka had taken to her Instagram handle and had posted a romantic sunset picture from her photo gallery with her husband, Virat Kohli, on the day of love, Valentine's Day. In the picture, we could see Virat and Anushka lost in each other's eyes. Along with it, Anushka had bared her heart out for the love of her life, Virat, and had written, "Not too big on this day in particular but today seemed like the quintessential day for posting posed sunset photos. My valentine every day forever and beyond", followed by a heart emoji. Check it out below: (Also read: 4 Months Pregger, Neeti Mohan Poses With 9 Months Pregger, Harshdeep Kaur, Flaunt Their Baby Bumps) 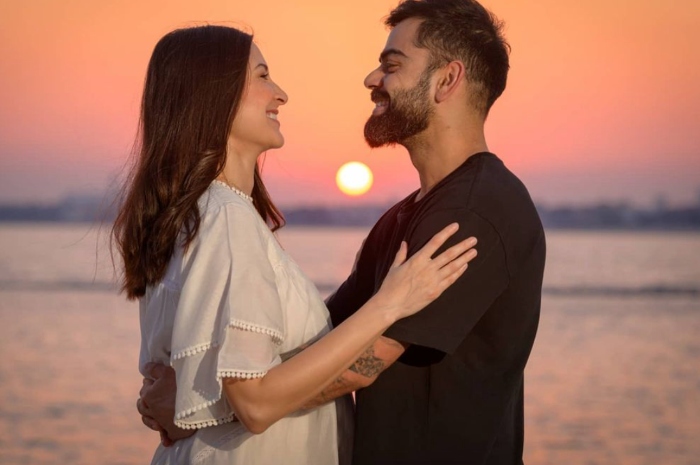 What are your views about Virat and Anushka's way of dealing with negativity? Let us know!