K.G.F., star, Yash, and Radhika are one of the most sought-after couples of the glamour world. We recently stumbled upon an adorable throwback video of the couple from their 'mehendi' night.

Falling in love with the one, who not only loves you but stays with you throughout the ups and downs of life is one of the most beautiful feelings. And more than this, your life becomes more meaningful when you spend the rest of your life with the one you fell in love with. From walking hand-in-hand during a rainy day to taking saath pheras together, everything becomes magical. It is a surreal feeling that how your dating days turn into a more serious discussion about what to be cooked for dinner. From planning the décor of your dream home to embracing parenthood, everything seems just perfect. (Also Read: Divya Stopped Replying To His Messages, Bhushan Sent His Cousin To Check Why She's Avoiding Him)

And giving all the right goals is one of the most sought-after couples of the Southern film industry is K.G.F., star, Yash, and his gorgeous wife, Radhika Pandit. They are the perfect example of finding the perfect key to one’s lock. Yash and Radhika had met on the sets of the show, Nanda Gokula and the two were just like any other co-actors and were cordial with each other. It was only after their third film, Mr and Mrs Ramachari that their dating rumours had started doing the rounds. Fulfilling the wishes of their fans, the couple had tied the knot on December 9, 2016. Yash and Radhika’s marriage was a private affair but the duo had a grand reception at Bangalore Palace which had an open invitation for everyone. We have recently stumbled upon a throwback video of the doting couple from their mehendi ceremony. In the video Yash had looked charming as always in an off-white bandhgala, whereas Radhika had looked gorgeous in a yellow saree with a contrasting green choli with her hands clad in mehendi. The duo could be seen dancing their hearts out with their adorable expressions.

In 2017, Radhika had taken to her Instagram handle and had shared mesmerising pictures from her desi themed mehendi and sangeet night. In the pictures, Radhika had given glimpses of the colourful décor, dance performances, her bridesmaid, colour-coordinated outfits worn by the groom’s friends, and most importantly how everyone closed to them made them feel happy and blessed. 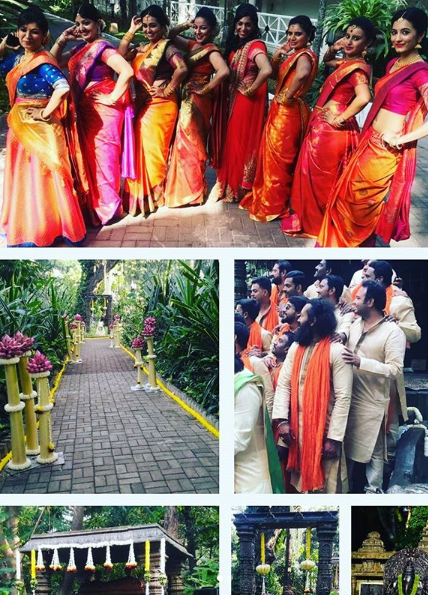 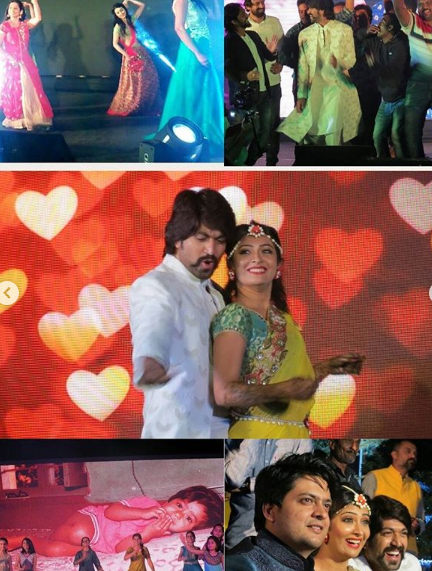 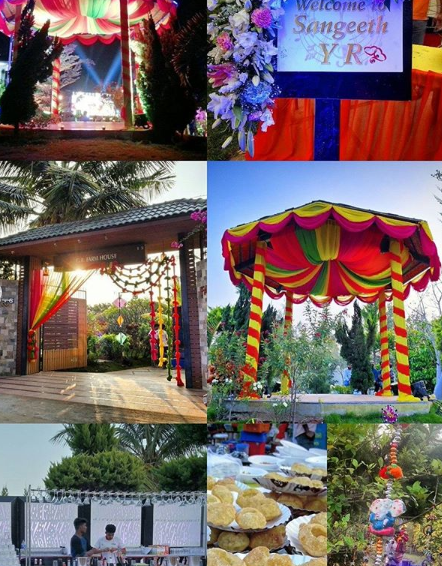 On their third anniversary, Radhika had taken to her Instagram handle and had shared an old picture of her with Yash. In the picture, the two had looked like made for each other and had radiated major relationship goals. Along with the picture, Radhika had written a beautiful caption that could be read as “I have shared an old pic (sorry about the clarity) to remind us, that it's not just 3yrs of marriage but many years of building this relationship!! Happy Anniversary to you my soulmate!” (Also Read: Kareena Kapoor Khan And Saif Ali Khan Enjoy Their 'Us' Moment And Dance Their Heart Out [Video]) 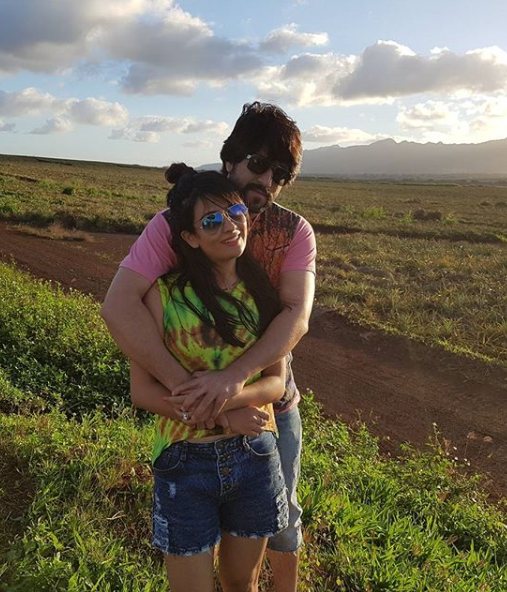 Yash and Radhika are one of the most loved couples of the glamour world and enjoy a huge fan base. On February 14, 2020, Valentine’s Day, Radhika had taken to her Instagram handle and had shared a collage of her favourite pictures with the Rocking star, Yash. Along with the picture, she had shared a heartfelt note, which could be read as “It's our 10th Valentine's day together today!! These pics sum up to 8yrs… well, the 1st two years pics are missing!! Anyway, it's not hard to say which is our Favourite pic! It's the pic where we are holding something beautiful n precious we have created out of our 10yrs of journey! HAPPY VALENTINE'S DAY!! P.S : We haven't forgotten Junior, he was there, just not in this particular pic !! #radhikapandit #nimmaRP.” On December 2, 2018, they had welcomed a little angel in their lives, whom they have lovingly named Ayra. And on October 30, 2019, the lovely couple had embraced parenthood for the second time and had welcomed a baby boy. The lovely couple has been riding high on parenthood and is cherishing every moment spend with their little ones. After their baby boy had completed six months, Radhika had shared a complete picture of her family and our hearts just skipped a beat. (Also Read: Jaya Bachchan Agreed For 'Silsila' Starring Hubby Amitabh Bachchan's Alleged Lover Rekha, Here's Why) 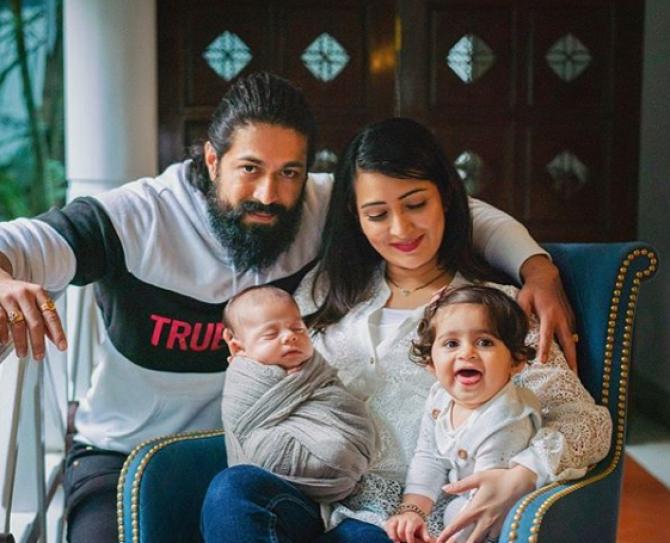 What do you think about Yash and Radhika’s dance moves from their mehendi night?