The amount of happiness, luck, and positivity that the arrival of a child brings in a home is simply incomparable to anything else in this world. Every single parent on this planet will surely remember every second of that very day when their child took birth in this world. The only day that can match it is the first birthday of that kid because as they say 'first comes, only once'. However, we should never forget that it takes a lot of patience, love and care to nurture an infant baby. But that journey is what makes your life worth living. And television couple, Jay Bhanushali and Mahhi Vij are making sure to nurture their daughter, Tara Jay Bhanushali with much care. (Recommended Read: Kareena Kapoor Khan Shares A Throwback Picture From A Photoshoot When Taimur Was In Her Tummy)

Nevertheless, it seems like just yesterday when Jay and Mahhi had announced the birth of Tara on August 3, 2019, and here they're celebrating the first birthday of the little princess. Scroll down to see the. 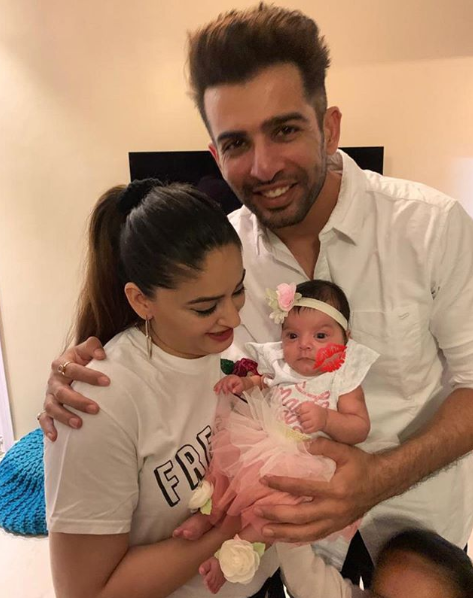 The doting daddy, Jay Bhanushali took to his Instagram handle and posted a beautiful video of his baby girl, Tara Jay Bhanushali. In the video, we can see the little princess playing with her toys as she looked incredibly adorable in her pink top. Along with this beautiful video, the doting dad wrote a heartwarming caption for his princess in which he talked about the way parenthood changes a person. His note can be read as “Having a baby changes your perspective on life. It brings little joys and sweet moments every day, such as being kissed by your baby or waking up next to a cooing or gurgling baby girl. I love you @tarajaymahhi and I pray you get whatever you wish in life #happy1stbirthday happiest parents @mahhivij #happybirthday #happy #birthday #birthdaygirl #daughtersbirthday #daughter #happy1year.” The doting wife, Mahhi Vij has dropped an ‘awww’ in the comments section of her hubby's post. Also, she shared a beautiful video of their daughter, Tara, revealing her beautiful angelic outfit. Take a look.

It's sad not to see Tara's doting father, Jay Bhanushali, at the birthday celebrations of his baby girl with his family members. But as we all know that he was forced by the circumstances ignited by COVID-19 pandemic. The actor and doting daddy had revealed the reason behind his decision in an interview with The Times Of India. He had said, "I have never been away from my baby, so I don't know how difficult it will be to live without her. I will be away from July 18 to August 8, and Tara will turn one on August 3. I was looking forward to celebrating her first birthday in my little way, but I won't be a part of it now. However, I am keeping a positive attitude. When she grows up, I will tell her how her father couldn't be a part of her first birthday celebrations due to COVID-19." (Don't Miss: Ankita Lokhande Reveals Why She Didn't Attend Late Actor, Sushant Singh Rajput's Funeral) Jay Bhanushali had also gone through a test for the virus after the shoot for the reality show had wrapped up. Talking about the same, Jay had elaborated, "Apart from Tara, I also have Rajveer and Khushi at home. So, I can't afford to take any chances." He had also revealed that it was both his and Mahhi's decision. He had explained, "I was reluctant about going back to shoot amid the pandemic, but there is no certainty about when things will return to normalcy. That's when Mahhi and I decided that one of us will have to step out to work. I am in the process of packing my stuff." (Also Read: Shoaib Ibrahim Shares A Romantic Picture With His Wife, Dipika Kakar From Their Eid Celebration) 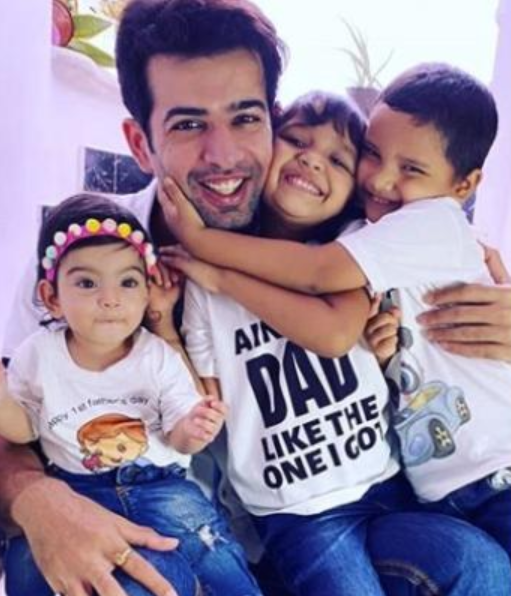 The doting mommy, Mahhi Vij was super excited for this day and was even celebrating the countdown to her baby girl's birthday on IG through her beautiful posts. Talking about her first post, Mahhi had taken to her IG handle and had shared a twinning-in-white picture with daughter, Tara. She could be seen lovingly caressing her daughter, while holding her in her arms. She had captioned the picture as “10 days to your birthday, to the day you gave birth to emotions in me, which I never knew existed. I am excited to share this journey with all of you, this one year has probably been the best year of my life, one full of lots of lows and highs, fears, conquering them, sleepless nights, and so much more but I can’t believe it’s going to be a year soon! #countdownbegins @tarajaymahhi #tara #birthday.” Take a look: