After the Supreme Court's historic verdict, Sushant Singh Rajput's father, Mr KK Singh issued a public statement declaring himself the legal kin of Sushant and a lot more. Scroll down to find out!

After Sushant Singh Rajput's death had become a political mess, the whole country had demanded a CBI probe. '#JusticeForSSR', '#CBIForSSR' and such campaigns had flooded social media. The Supreme court had earlier reserved its verdict on the petition. During the hearing, both the Bihar and Maharashtra governments had accused each other of incompetency and gaining political leverage. (Recommended Read: Sushant Singh Rajput's Family Releases A Statement Post Supreme Court Approves CBI Investigation)

After the Supreme Court's historic verdict of giving the reigns of Sushant Singh Rajput's case to the CBI, his father, Mr KK Singh issued a public statement declaring himself the legal kin of Sushant Singh Rajput and barring anyone and everyone, who in any way associate themselves with Sushant's case or his materialistic possessions without his family's consent or knowledge. Scroll down to read his full statement! 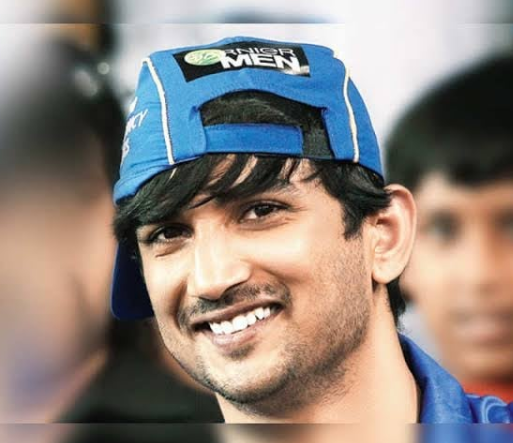 Sushant's father, KK Singh, declared himself his legal heir and terminated all employment obligations associated with him, upon his death. His statement can be read as "It is hereby declared that I am the legal heir of late Sushant Singh Rajput and in that capacity, any arrangement that Sushant had during his lifetime for the engagement of any lawyer, Chartered Accountant and other professional came to an end upon the death of Sushant and thereafter no lawyer, Chartered Accountant or other person is entitled to represent the estate of Sushant without my express consent." 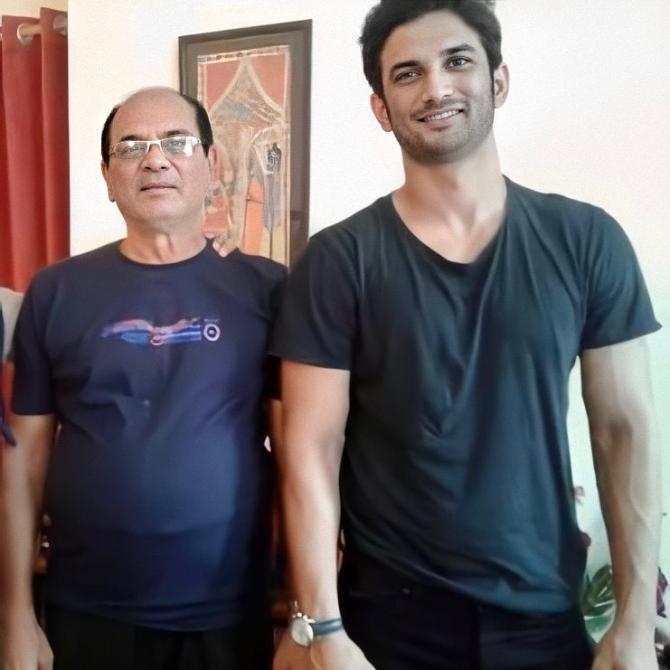 He also barred anyone and everyone from representing Sushant in any manner apart from himself. His statement can be further read as "They have talked on media about the alleged privileged communication between Sushant and them. Clearly such disclosure is barred by section 126 of the Indian Evidence Act, 1872 and the Bar Council of India Rules [Rule 17, Part VI, Chapter 1ft, without my consent as I am representing the estate of Sushant. I have not given any consent to anyone of them to either continue to represent Sushant or disclose any communication barred by section 126 of Evidence Act, 1872." 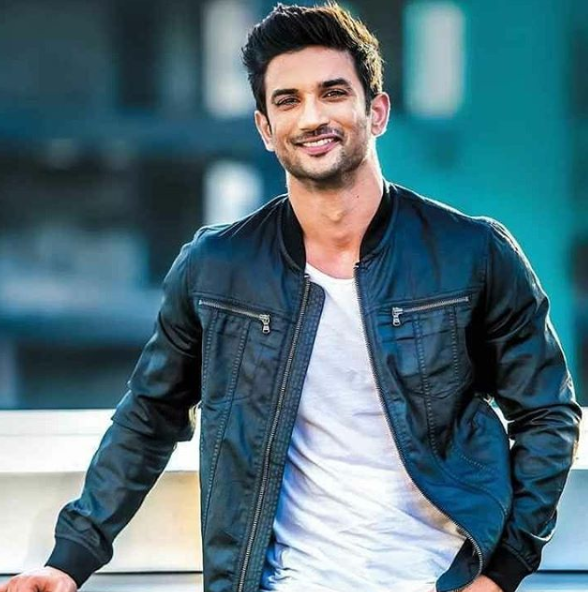 He further clarified that he and his daughters (Sushant's sisters) are the sole family of Sushant. He concluded his note by saying, "It is also made clear that only I and my daughters comprise the family of Sushant and we have authorized Varun Singh (SKV Law Offices, Commercial) as our Advocate and through him Vikas Singh, Sr. Advocate, to represent the family. Any other person claiming himself to be family member does not have my consent." 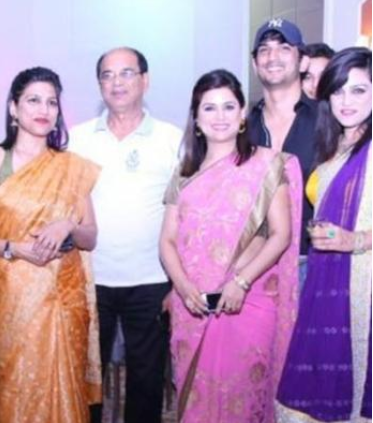 Let us tell you that in a historic ruling yesterday, on August 19, 2020, the Supreme Court had directed the Central Bureau of Investigation (CBI) to investigate Sushant Singh Rajput's death. The Court had rolled out the verdict upholding the FIR registered in Patna by Sushant's father, KK Singh and had stated, "FIR registered at Patna was correct. The state of Maharashtra refused the option to challenge the order." Expressing her happiness on the Supreme Court's verdict, Sushant's ex-girlfriend, Ankita Lokhande had posted a picture of 'woman of justice' on her IG handle and had written, "Justice is the truth in action. Truth wins .... #1ststeptossrjustice." (Also Read: Madhuri Dixit Nene Shares An Unseen Picture From Her Cooking Class With Hubby, Shriram Nene) 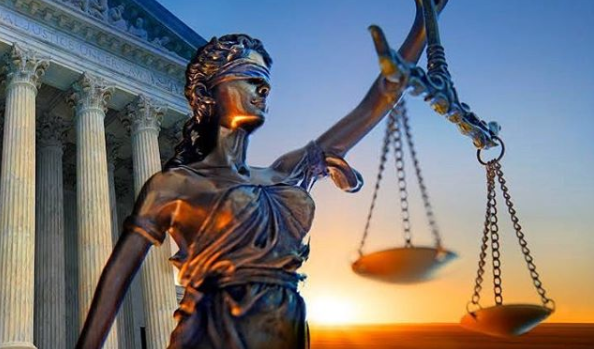 Post the Supreme Court's verdict, Sushant's family had also released an official statement. The statement was shared by Sushant's niece, Mallika, and it could be read as "We, Sushant's family thank our friends, well-wishers media and millions of fans worldwide for their love for Sushant and support for us. We are particularly thankful to Shri Nitesh Kumar, Hon'ble Chief Minister, Bihar for setting the wheel of justice in motion. Now, that the country's premier investigating agency has taken over, we believe that all those involved in the dastardly crime will be brought to justice. We believe that public trust in institutions is important. Today's development has reaffirmed our faith in India as a robust democracy. We love our country more than ever." Sushant's sister, Shweta Singh Kirti had also penned a note on her IG handle expressing her happiness over the Supreme Court's verdict and had written, "Congratulations to our extended family for this victory, this is the first step in the direction of a fair investigation nonetheless a major one...we need to stay united and fight relentlessly hereafter... NEVER EVER GIVE UP, till we find the truth!!" (Don't Miss: Bipasha Basu Reveals Why She Had Taken A Four-Year Sabbatical Post-Wedding With Karan Singh Grover) 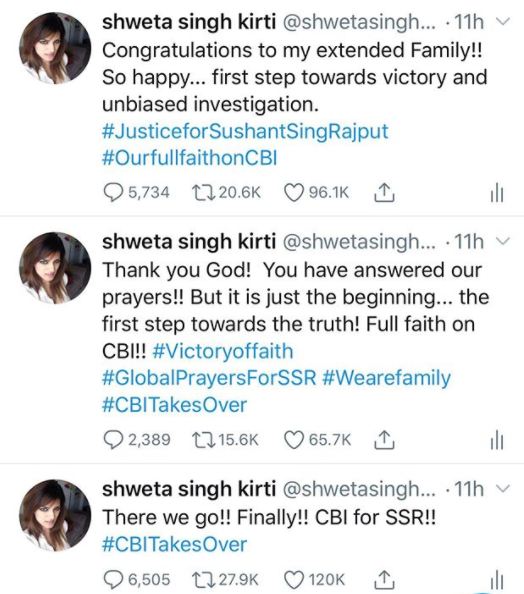 Well, we wish, hope and pray that the truth prevails soon!