On Sridevi's birth anniversary, her doting husband, Boney Kapoor shared unseen pictures of the actress to wish her. Check out!

Sridevi, the outsider who ruled Bollywood for ages, was an outstanding actress. With 300 films to her credit, Sridevi had become one of the most successful heroines of her time, without the help of any male co-star. Born on August 13, 1963, in Tamil Nadu, Sridevi was also starred in many South Indian movies opposite superstars, Rajinikanth and Kamal Haasan. Talking about her love life, the actress had tied the knot with Boney Kapoor in 1996, who already had two kids, Arjun Kapoor and Anshula Kapoor from his first wife, Mona Shourie. Soon after her marriage, she took a hiatus from acting, devoting her time to her family and two daughters, Janhvi Kapoor and Khushi Kapoor.

Sridevi was an extremely private person, and she had always let her electrifying work do the talking. She had made a jaw-dropping comeback in the entertainment world with movies like English Vinglish, Mom and Zero. Sridevi was soaring high both professionally and personally. However, the news of her sudden demise from drowning in February 2018 shook the nation. On Sridevi’s birthday, Boney wished his ‘jaan’ with an unseen picture of them, which is unmissable!

August 13, 2022, marked the birth anniversary of the late actress, Sridevi. Taking to his IG handle, Boney Kapoor dropped an unseen picture of Sridevi from his memory trunk. In the throwback picture, the couple was seen enjoying their breakfast under the sky amidst nature. While Boney looked handsome in a purple sweatshirt, Sridevi donned a brown sweater as she adorably hugged him from the back. Not only this! Boney took to his IG stories and posted one more stunning picture of the duo from one of their vacations. Atop it, he wrote: 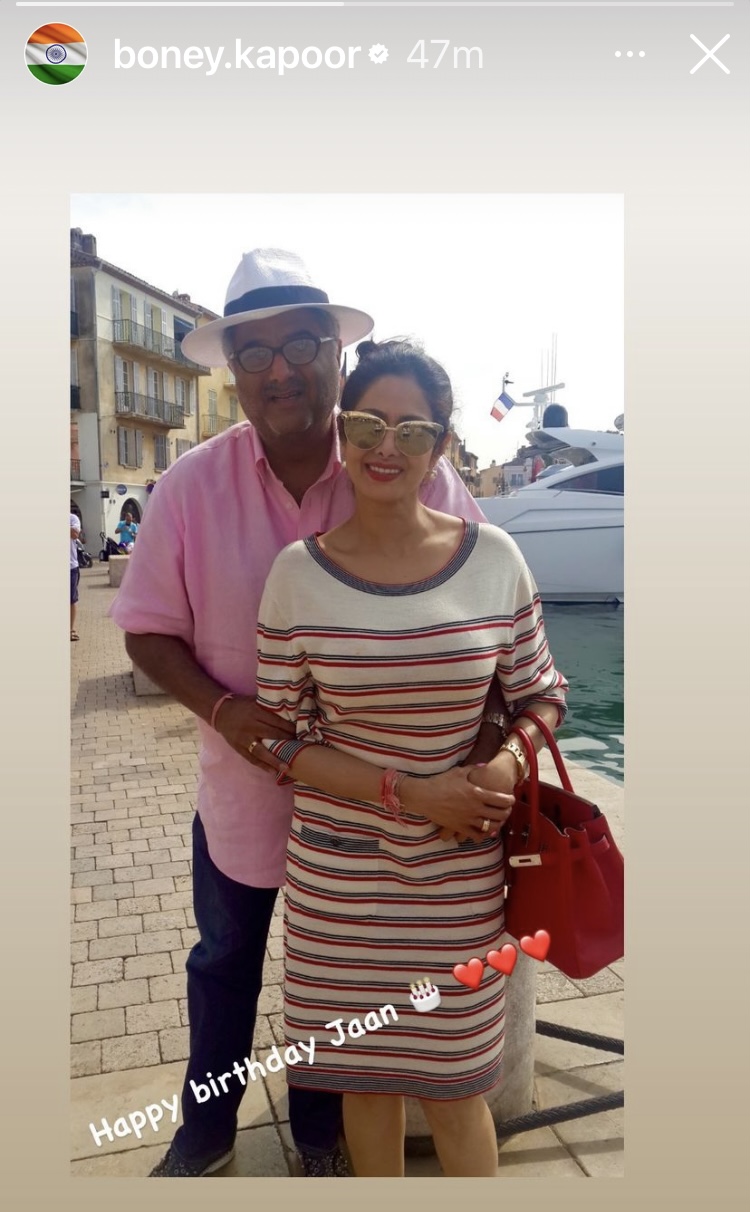 February 25, 2022, had marked Sridevi’s 4th death anniversary. Taking to his IG handle, Boney Kapoor had shared a picture with his late wife, Sridevi from their short visit to Venice. In the picture, the two could be seen sitting in a boat and posing for the camera. Sharing the photo from 2008, Boney had penned an emotional note and recalled the one wish he and Sridevi never got to complete as destiny had other plans. He had written:

“We drove from Milan to Venice on 7th September 2008 & spent just a few hours in the city , we had made plans of visiting Venice again for longer stay but destiny denied our plans ……….” 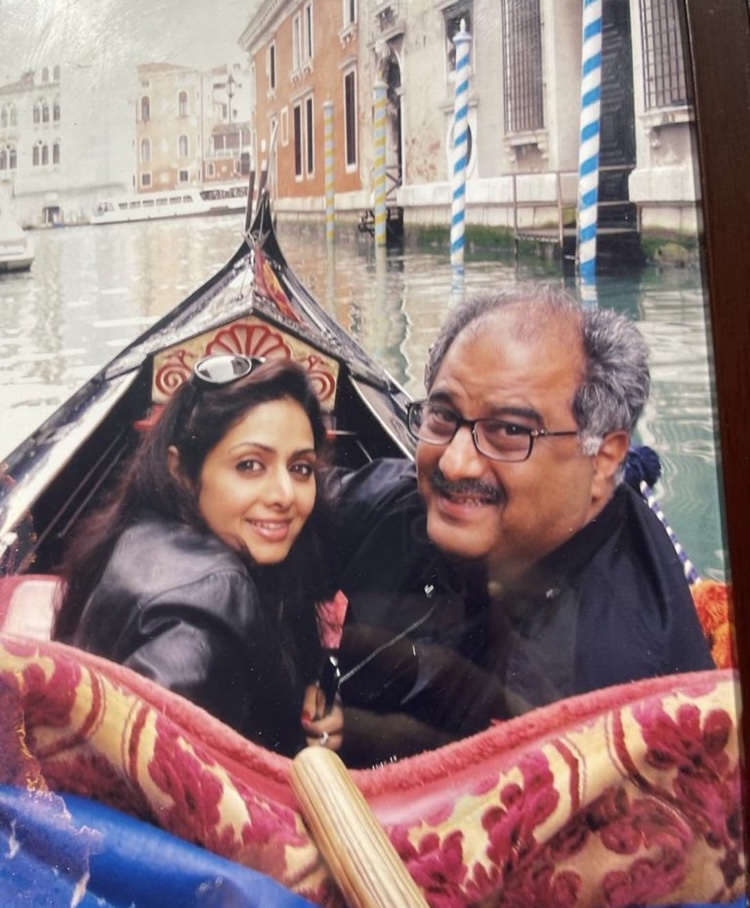 In a throwback interview with Filmfare, Boney Kapoor had once opened up about his obsession with his wife, the late Sridevi. The producer mentioned that his wife's 'innocence' had won him. The doting husband added that his wife was an extremely humble person despite being such a megastar, and it was one of the many qualities that had made him fall in love with her. He had said:

"Basically, Sri's an introvert. Her job done, she'd keep to herself. But what impressed me was her innocence. She was not corrupted by artifice. Mere dil ko woh gherti chali gayee. My obsession for her only grew each time I met her. She was so simple despite being a superstar." Here’s wishing a happy birthday to the late superstar, Sridevi!