In his recent interview, Sikander Kher opened up about the way his mother, Kirron Kher, had managed to return to work after her battle against blood cancer.

From Sonali Bendre to Tahira Kashyap, Yuvraj Singh to Anurag Basu, many celebrities prove that if you are strong-willed, there is nothing that can stop you, not even cancer. Actress and politician, Kirron Kher was also diagnosed with myeloma, a type of blood cancer. However, after months of treatment, the veteran actress has recovered from the deadly disease. Now her actor-son, Sikander Kher, has talked about the way his mother had managed to return to work after her battle against blood cancer.

Anupam Kher Wishes His Stepson, Sikandar Kher On His 39th Birthday, Says, 'Proud To Be Your Dad' In an interview with ETimes, Sikander Kher opened up about his mother, Kirron Kher's return to work after her battle against blood cancer. The veteran actress has resumed the shooting of a reality show, on which she is one of the judges. Revealing the process that had helped his mother in her speedy recovery, Sikander stated that the first step was to regain the normalcy in life's daily routine. Emphasising on the fact that he and his step-father, Anupam Kher, had made sure to get his mom the best medical treatment possible. He said:

"I feel getting back to your routine is the first step towards regaining normalcy in life, especially after a heavy recovery. We have also ensured that she gets the best medical attention, and all the necessary health precautions are being taken care of on the set." Going further in the interview, Sikander Kher also admitted that although his mother, Kirron Kher, is back on the sets and once again has started to work in hectic schedules, she is very much responsible about her health. The doting son stated that his mother always follows all the prescribed medical precautions and safety measures while working on the sets of her reality show. He said:

"It is important for her to be back on the sets for the much-needed adrenaline rush, while also ensuring that all the required precautions are being taken care of." 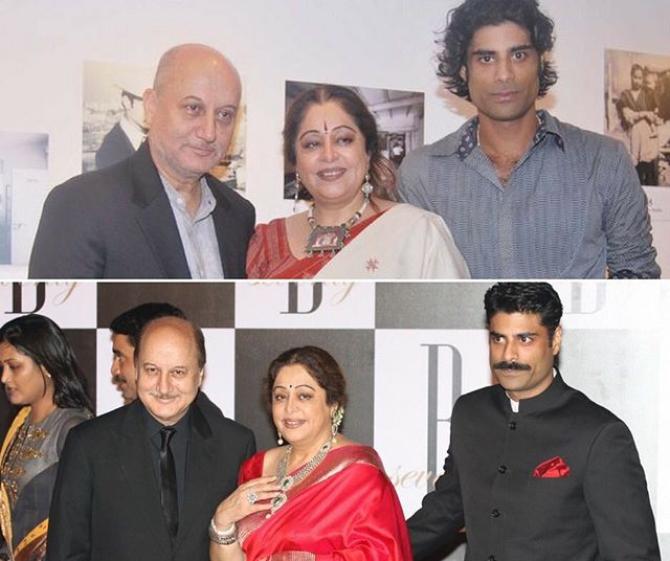 On June 24, 2021, Sikandar Kher had taken to his IG handle and had shared a video with his parents, Kirron Kher and Anupam Kher. When Sikandar had asked his mom to show her 'happiness feet', the actress had obliged to it with a 'happiness happiness happiness' in a sing-song voice. When Anupam Kher had raised his feet, his son, Sikandar, had said the duo had seemed like a chessboard. He had told his father that in front of his feet, any other feet would look black. To which, Kirron Kher had replied:

On the professional front, Sikander Kher will be seen next in the much-awaited web series, Chidiya Udd, alongside Jackie Shroff.

Anupam Kher Wishes Stepson, Sikander Kher On His Birthday With An Emotional Note And Rare Pictures 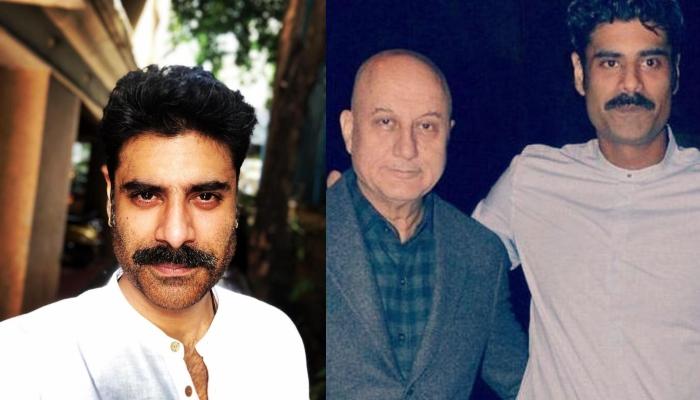 One of the best web series of the year 2020, many still regard Aarya as a benchmark in the thriller genre on the OTT platform. The series was quite special as it also staged the comebacks of the talented actress, Sushmita Sen and promising actor, Sikander Kher. Throughout the entire

Anupam Kher Wishes His Stepson, Sikandar Kher On His 39th Birthday, Says, 'Proud To Be Your Dad'