Looking at the pictures, it seems Shivin Narang celebrated Sonali Kukreja's birthday with her parents at her home. Does it mean they're going to make it official? Find out!

Be it the lanes of Bollywood or small screen, rumours won't leave you anywhere, and won't spare you no matter how small or big a star you are. And the most prevalent and headline-grabbing rumours are the rumours of dating. Yes, rumours of an affair between co-actors or co-contestants in a reality show are very common yet very popular, as these type of rumours spread like wildfire. Beyhadh fame, actor Shivin Narang is often in the news for his work, but, this time he is gaining limelight for his personal life. The actor has had single status until recently, but is now rumoured to be in a relationship with Sonali Kukreja. (Recommended Read: Sunny Leone Takes Her Little 'Nugget', Noah Out For A Walk On The Beach, Posts A Beautiful Picture)

There's another twist to the story as well! Some time ago, strong rumours of Shivin Narang dating his Khataron Ke Khiladi 10 co-contestant, Tejasswi Prakash were also rife, as fans had rooted for their amazing chemistry on the show, and had wished to see the reel-life couple turn into a real-life couple. However, in an interview with the TOI, Tejasswi Prakash had bashed all such rumours and had said, "I really don't know what bond fans have seen between us. Yes, he is a good friend. That's it. But there is nothing more than that. All people are asking me and even my friends are asking if I am dating him. I am not dating him." Shivin Narang took to his IG handle to wish his rumoured beau, Sonali Kukreja on her birthday with cute pictures of them together. What's interesting is, looking at the pictures, it seems Shivin celebrated Sonali's birthday with her parents at her home. Does it mean they're going to make it official? Well, only time will tell! Shivin also put a sweet caption alongside the pictures which can be read as "HAPPY HAPPY HAPPY birthday to my dearest shona @sonalikukreja_.You are the most kind, big-hearted, caring, loving, responsible and special person i know... i just feel soo lucky thankuu for being YOU May God fulfil all your dreams. May you travel all the countries in the world and try different coffees and a loving S. #quarantinebirthdayparty." 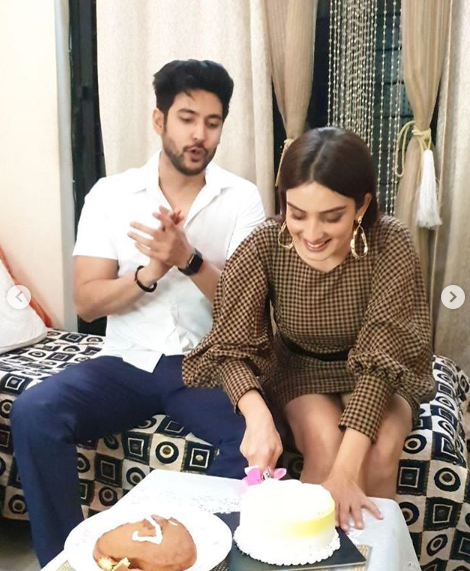 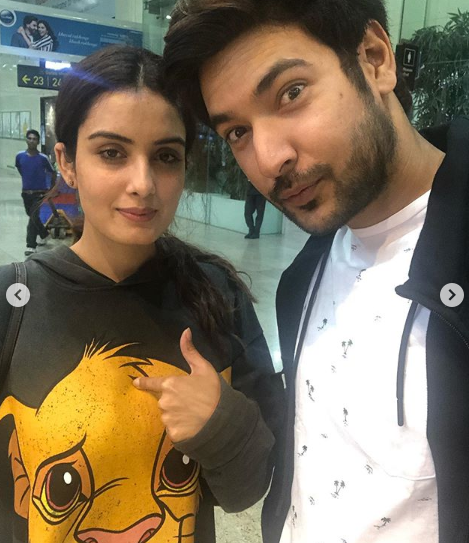 Last year on Sonali's birthday, Shivin and Sonali had a blast! Shivin had even taken to his Instagram handle and had posted some pictures from the celebrations. Along with the pictures, he had written, "Happyy happyyyy bdayyyyyy my leo @sonalikukreja_ Bdayyyy gal u look soo beautiful." For the celebrations, the birthday girl had looked stunning in a mustard-coloured dress, and on the other hand, Shivin had looked dapper in a black shirt and denim. 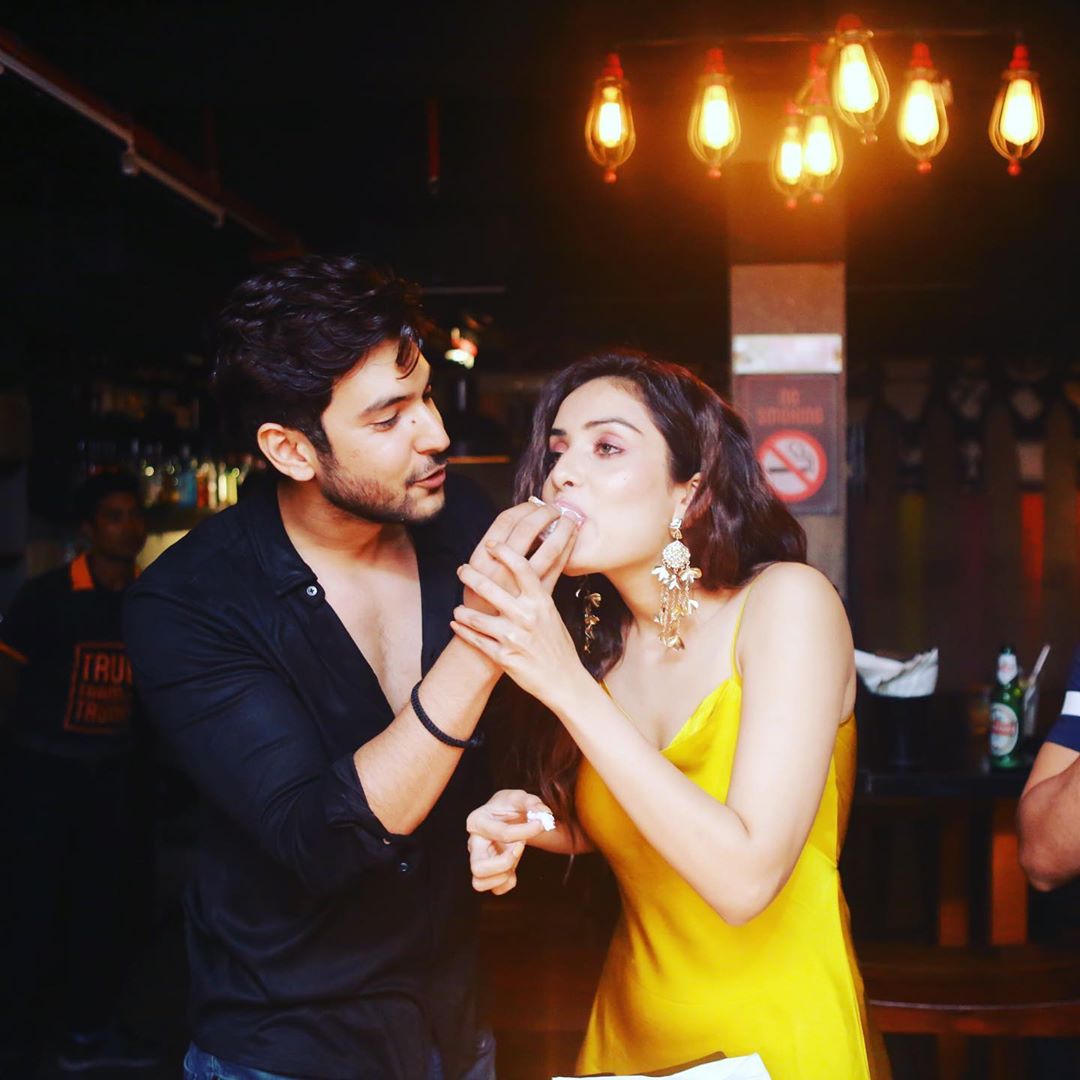 Not only this, on Shivin Narang's birthday, his rumoured ladylove, Sonali Kukreja, had penned down a 'I miss you-cum-birthday’ note for her 'coffee in americano'. Sharing a hugging picture with Shivin, Sonali had written, "Here's wishing my coffee in americano a very happy birthday. Wishing you nothing but the best in life, through happiness and tears... (kiska) #always #forever Missing you little extra today but don't come soon champ. @shivin7." To which, Shivin had replied, "Awwwwwww thankuu my bbbyyy Cmng soon aftr winning." And reverting to this sweet reply, Sonali had sent hearts for Shivin. (Also Read: Shweta Tiwari Shares A Throwback Picture, Kissing Her Son, Reyansh, Calls Herself 'Half Warrior') 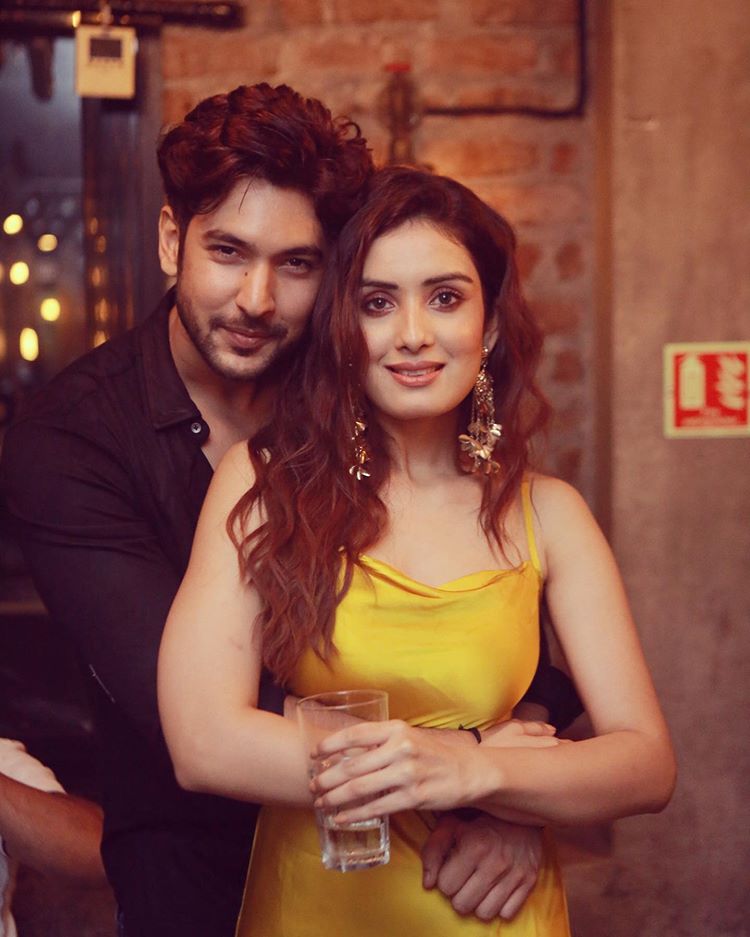 Last year in an interview with the Hindustan Times, Shivin Narang had clarified that he and Sonali Kukreja are just good friends. He was quoted as saying, "We are very good friends. In fact, she is one of the good friends I have in the industry." But a source close to the couple had later revealed, "They know each other for more than 10 years now. Even their families know each other. About three-four years back they took the next step in their relationship and are going strong. They don't want to make their relationship public right now and are not comfortable talking about it. Both often spend quality time together and even celebrate important festivals." (Don't Miss: Anushka Sharma Plays A 'Dumb Game' On Instagram, Hubby Virat Kohli Captures Behind-The-Scenes Moment)

What do you think is brewing between Shivin Narang and Sonali Kukreja?