Sanjay Kapoor and Maheep Kapoor’s daughter, Shanaya Kapoor, is all set to mark her footprints in the industry as she is going to debut in Bollywood super soon. However, much before her first film, the starlet is already a social media sensation and has been grabbing all the limelight like a pro! The major reason that Shanaya steals the show even without making a debut in Bollywood is due to her sartorial picks, which are worth making heads turn.

Just like her cousin sisters, Sonam Kapoor and Janhvi Kapoor, Shanaya too, wants to take forward the legacy of the Kapoor khandaan and make it big to Bollywood. The star kid had made jaws drop a few months back when she had posed in a bikini during a photoshoot for her introduction in Bollywood. The starlet was clicked while giving some striking poses and her pictures in the bikini had blown our minds. Therefore, she had proved that it is going to be an upwards and onwards journey for the soon-to-be-debutante in the B-town Recently, Shanaya Kapoor has been hitting the headlines after she posed for the ace designer, Ritu Kumar's fashion label. She has joined Ritu Kumar’s 'LabelSquad' as a new face of its AW21 campaign and the Instagram page of the label delighted its fans with the news of bringing Shanaya on board. The caption to the video read as ''@shanayakapoor02 joins the #LabelSquad this season and sports looks from our Autumn/Winter'21 collection. The collection is presented as a dance ensemble and continues in the tradition of our ’ #JustDanceWithLabel series.''

Shanaya Kapoor flaunted some of the coolest pieces from Ritu Kumar's Autumn/Winter collection. From a pleated satin maxi, relaxed sweatshirt, floral print co-ord set, this star kid sported every outfit with extreme perfection. However, it was her black floral halter neck dress that had stolen our attention. Moreover, girls who are LBD lovers can easily grab this look without burning a hole in their pocket as it comes at a very reasonable price. The dress is priced at Rs. 6,600 on Label Ritu Kumar's official website. 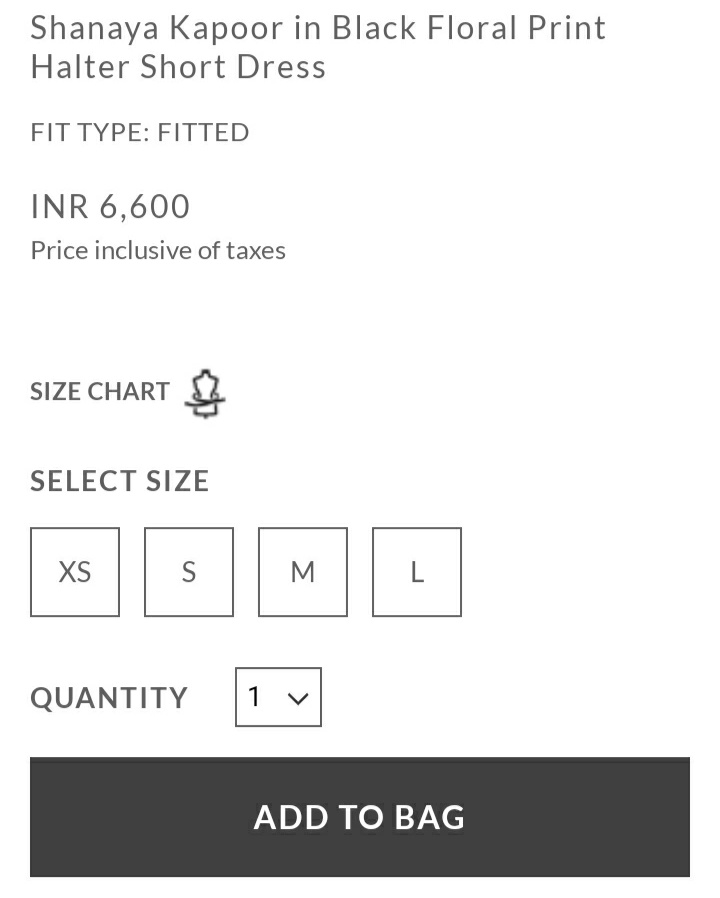 While Shanaya Kapoor had paired the dress with a black belt, heels and hoop earrings, she also gave some major styling tips as to how the dress can be paired. Therefore, in order to recreate Shanaya's look one can opt for a corset belt, wear gladiator heels, accessorise the dress with dainty chains, rings and earrings. Just like Shanaya, choosing a minimal makeup look would allow the outfit to do all the talking and for the hairdo, either a messy bun or a wavy look will be good to go! 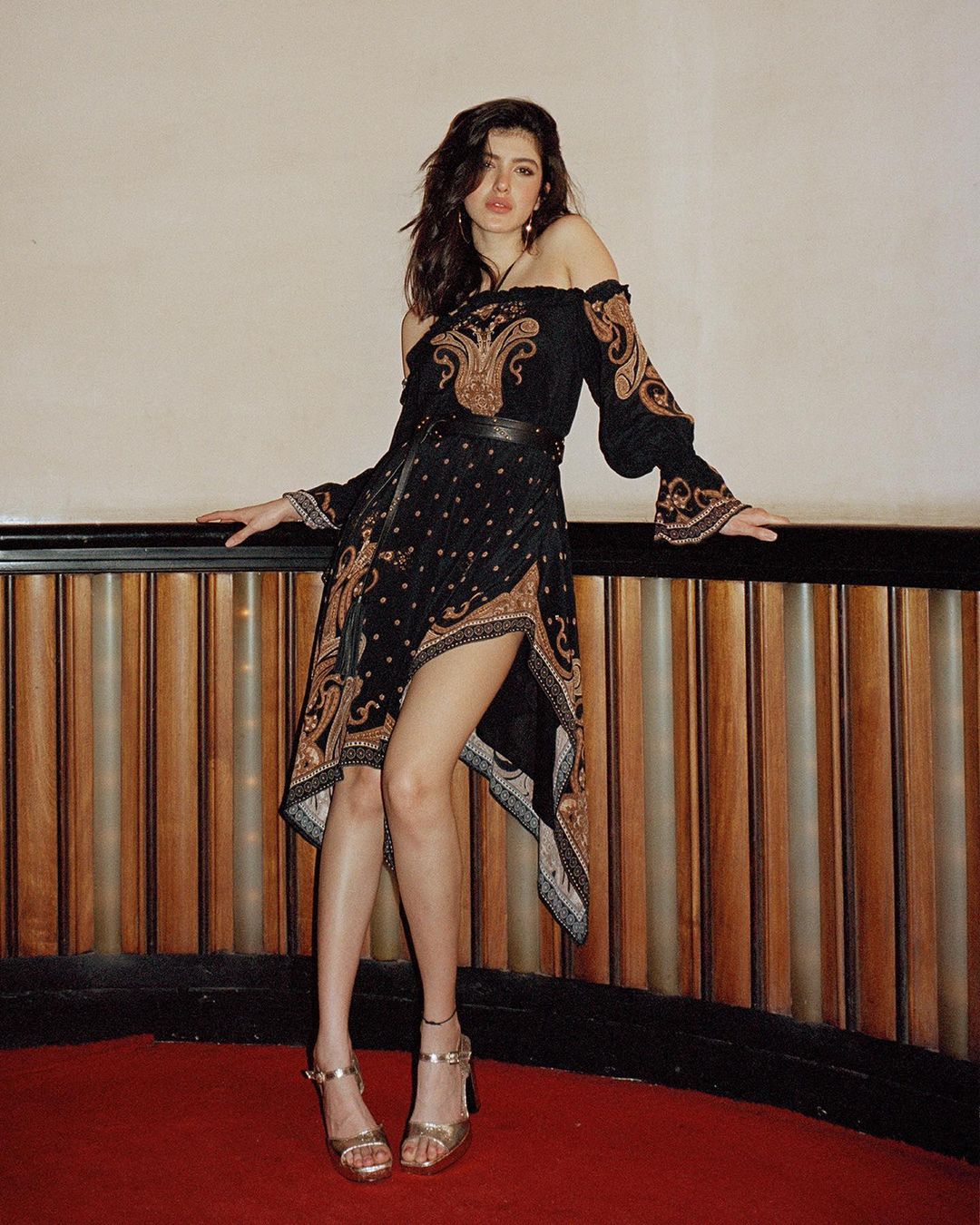 Talking about Shanaya's bikini photoshoot to announce her debut in Bollywood, that outfit had cost her a bomb. She had donned a printed bikini and had completed her look with a black printed shrug, a few neckpieces and open wet hair. To add more glam to her look, the hues of gold and brown makeup did the justice. Her outfit was from Versace with the Barocco mosaic print bikini top costing Rs. 45,500 and the Barocco mosaic print bikini bottom was worth Rs. 36,300. Thereby, the total costing of the outfit was approximately Rs. 81,000. 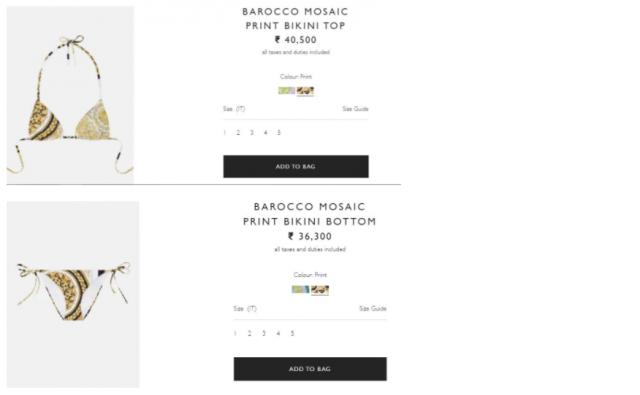 Well, we absolutely loved Shanaya Kapoor's outfits from the photoshoot of Ritu Kumar's Label and the black halter dress is our favourite. Which one did you like the most? Let us know!