Who knew that the young and innocent-looking boy who started his career as a backup dancer, would end up becoming one of Bollywood’s most sought-after actors. His first film, Ishq Vishk was a super-success at the box office and gave him the title of Bollywood’s chocolate boy.

And now he is shining on-screen. With his upcoming movie, Padmavati, everyone is just awestruck at the kind of physical transformation that Shahid has achieved. Here is all that you need to know about Shahid Kapoor’s health, diet and fitness routine.

He divides his meals 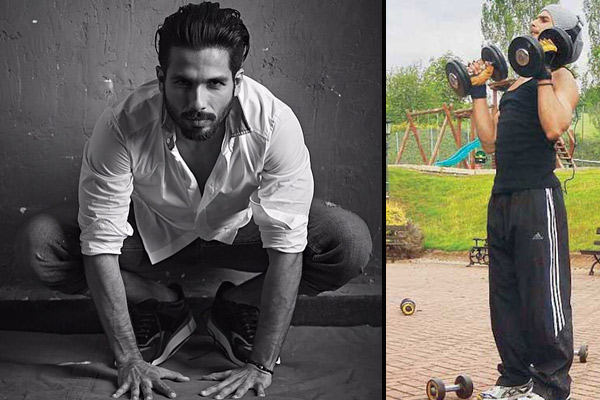 Instead of having three major heavy meals of the day, Shahid believes in having 5 to 6 small meals throughout the day. He also focuses on eating the right pre-workout and post-workout meals for an energetic day at the gym. He feels that the number of meals is directly proportional to the intensity of the workouts, so having the right foods in right quantity is important.

“I think a demanding training must be accompanied by a nutritional diet to get a good body. Carbohydrates, proteins and fats should be as ingredients in your daily diet accurately. I make sure to have a good breakfast. I avoid fried foods and soft drinks too. I try not to eat fatty foods too often. I have a high protein diet which is low in carbohydrates and fat.” 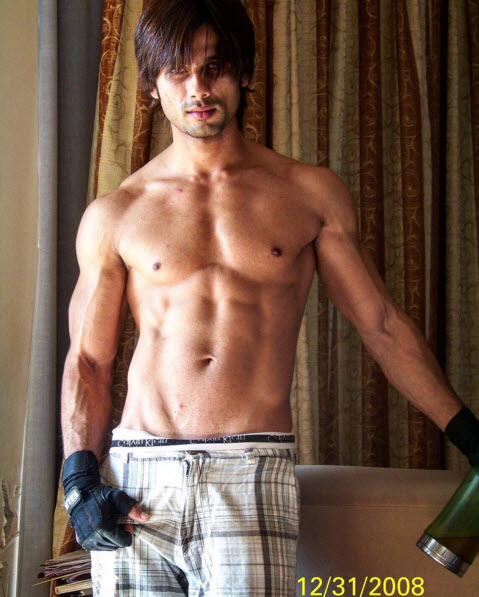 Being a vegetarian, it is difficult for Shahid to keep up his protein requirements, as animal products have the right amount of it. But, this does not act as even the slightest obstacle in his way as he has other ways to supplement that. He includes beans, rice, spinach, veggies, fruits and all such protein-rich foods to his diet. He says:

“The biggest challenge in front of me was getting a six-pack with a vegetarian diet. You know how it is. For building up muscles, one needs to have enough supplies of protein. Now, my body does not get animal protein so I have to make up for the loss of it.”

As per Indian Express, the Padmavati actor, for his role in Sanjay Leela Bhansali's historical drama, was on a strict diet for 40 days in which he was to only consume 50 gms of brown rice and few steamed vegetables on a daily basis. He even stayed away from sugar and salt, so that he has a chiselled body for his role of Maharawal Ratan Singh. 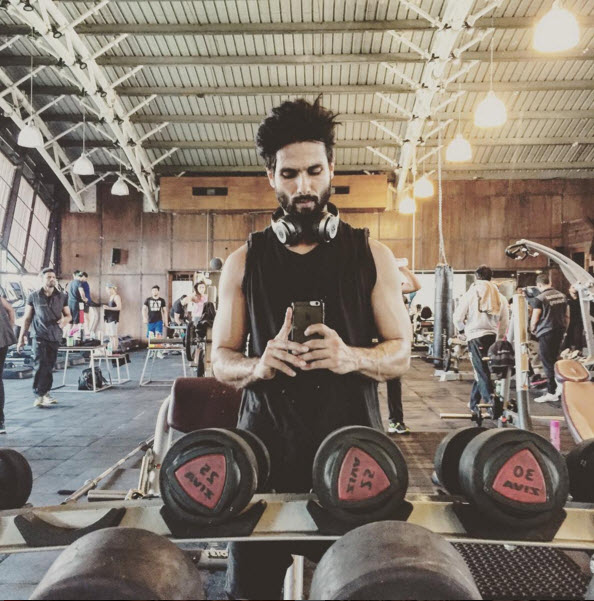 Suggested Read: For His Role In 'Padmavati', This Is The Fitness And Diet Regime That Ranveer Singh Followed 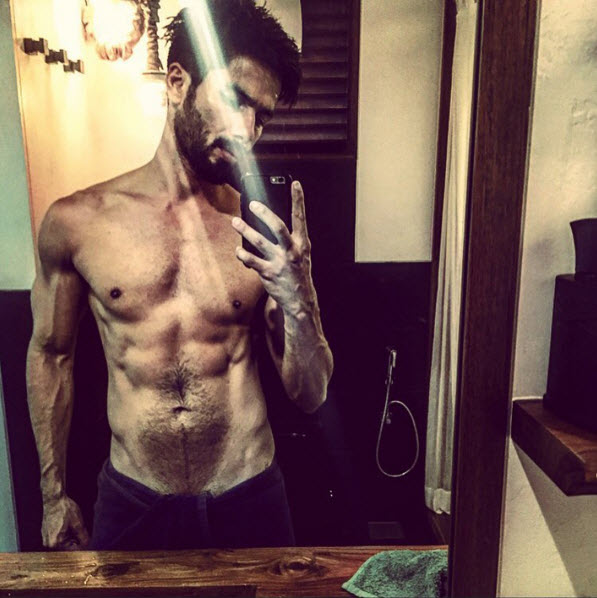 Even to think of building a body as his, you need a lot of dedication and motivation. Saying no to all the rich and delicious fattening foods, being on a strict diet even as you are mostly out of the house and travelling a lot, only a strict time-table and lots and lots of motivation can help you achieve your goal. And, Shahid is one strong-headed guy who knows what his goal is and how he can achieve it. He says:

“Maintaining a six-pack is damn difficult. You need a lot of motivation and a lot of dedication for it. But thank God, I have plenty of it.”

His trainer, Samir Jaura, who guided Shahid for his fitness and diet regime for Padmavati, was quoted as saying:

"The aim was to lose some body fat and gain lean muscles. The training and diet plan intensified 40 days before he began shooting in November with him going off salt and sugar for 15 days when close-ups were taken. Now they start the portions of him in royal costumes and since he needs to look bigger, we've added more carbs."

His dependence on protein supplements 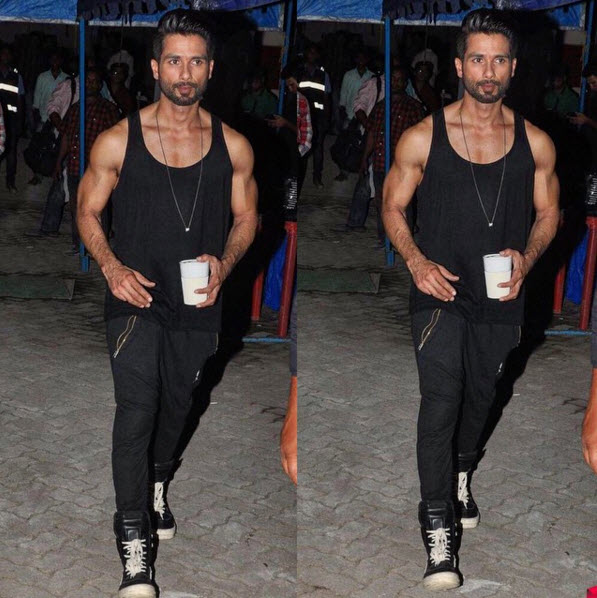 Because he is a hardcore vegetarian, he has a huge disadvantage. And, only fruits, vegetables and beans that are rich in protein cannot help him to build muscles that he desires, or carry out such heavyweight routines. Muscles can severely tear during intense weight training sessions if the protein levels in the body are low. Thus, he is reliant on protein supplements to fulfil his protein needs. Don't Miss : Bollywood Celeb Couples That Chose These Destinations For Their Honeymoon

Focus on stamina and endurance building

Shahid believes that it is more important to have a good stamina and great endurance, rather than having 6 or 8 packs and cuts on the body. For an energy consuming, on-the-toes job like his, he needs to have good stamina to carry out his daily activities with lots of energy. His workouts, thus, focus on building up the same. It is also important for you to focus all your attention towards developing a strong core. He says:

“My main aim was to build stamina and the eight-packs or six-packs are really a by-product. The aim should never be the cuts, but endurance and fitness.” Do Read: 10 Effective Ways Your Belly Button Can Cure Your Body Against Daily Ailments He follows a six-day workout plan and gives himself a break of one day every week. Whether he is in his city or out of the country busy shooting, he never misses the opportunity to work out. Also, on the days when he finds it hard to visit the gym, he works out at home itself. That is what keeps him going, his spirits high and his motivation up. He says:

“To achieve an enviable physique, it is extremely important that you include exercise in your daily routines.”

In fact, according to a report in the Indian Express, Shahid Kapoor, for his role in Padmavati, ensured working out for two hours every day. 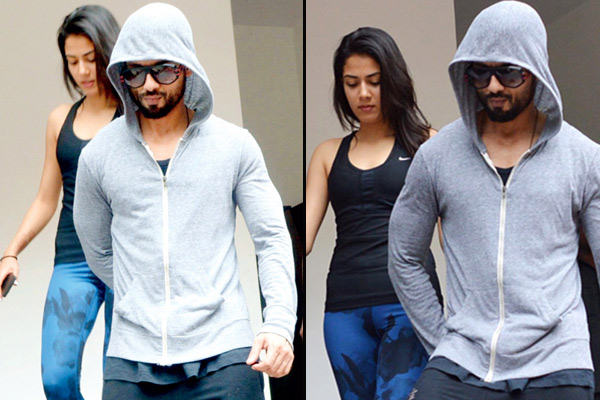 You May Like: 5 Celeb Brides Who Made Big Fashion Blunders On Their Wedding Functions

Not blindly following the crowd He gives a lot of credit to his instructor Abbas Ali for making him what he is today. Also, he follows a routine that suits his body type. He has divided his workouts into different days, thus focusing properly on each and every area of the body. He says:

“A nice balance between cardiovascular exercises and strength training is necessary for the chiselled body.”

Apart from just hitting the gym, Shahid likes to go swimming, running and also practices yoga regularly. He runs on the treadmill for 15 minutes a day without fail. He works on one body part a day and focuses on it completely. He emphasises the need to have a good sleeping pattern as well, as it is said that our muscles grow as we sleep. 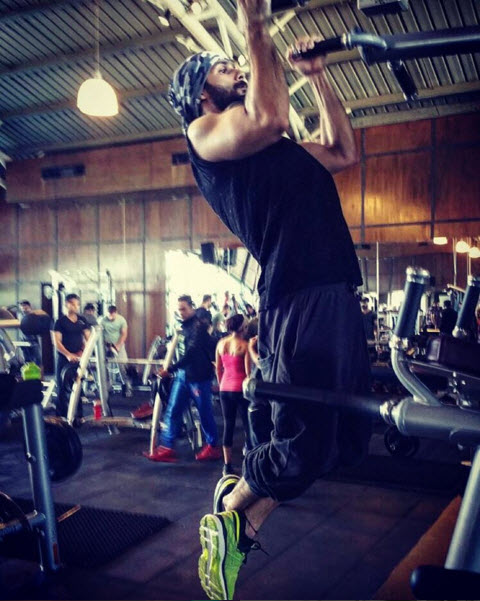 So, here we're! That was Shahid Kapoor's fitness and diet regime to maintain such a fit body. Whether it's for films, like Padmavati, or not, he never misses out on hitting the gym. We hope this story would be an inspiration to many out there!