Sara Ali Khan once in an interview narrated the story of being mistaken as a beggar in her childhood and her mother, Amrita Singh reacted as a typical Punjabi mom. Check out! 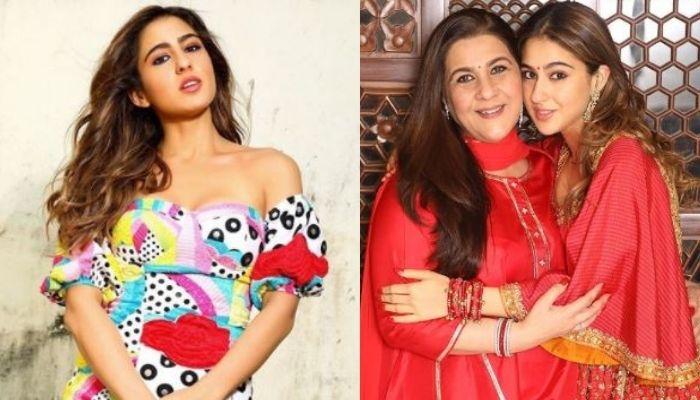 When someone asks you about Sara Ali Khan, what comes to your mind? 'A cute, bubbly, crazy girl, making it on her own in the industry'. Well, most of us think this way, Sara had defined her weirdness on the famous chat show of Karan Johar, Koffee With Karan saying, “Imagine Saif Ali Khan and Amrita Singh have a kid. They’re both weird. We’re all weird.” Yes, that is Sara Ali Khan for you, the darling daughter of Saif Ali Khan and Amrita Singh and crazy sibling to Ibrahim Ali Khan and step-brother, Taimur Ali Khan. Sara is unapologetically herself, showing her honest, genuine and true self to the world, without any hitch and we love this about her. (Also Read: Karisma Hugging Kareena And Riddhima In An Unseen Childhood Picture Make For A Perfect Sister Squad)

Saif Ali Khan and Amrita Singh had parted ways long back, but they have always ensured that their kids, Sara and Ibrahim get the love of both their father and mother. Sara had chosen her mother to be with, but she surely shares some great memories with her parents. Do you know, Sara Ali Khan was once mistaken as a beggar for dancing on streets? Yes, the incident had happened many years ago, when Sara was a child and she was on a vacation with her family. Saif and Amrita had gone to a shop to buy something, while Sara and Ibrahim had waited for them outside. Scroll down to read the complete story.

A video clip of Sara Ali Khan from her old interview with Zoom is going viral over social media, where she was narrating the incidence, where she was mistaken as a beggar. In the viral video, Sara shared, “I was outside with my brother, who was in a pram, and we were with our help. It was the three of us outside. I started dancing. People stopped to give money because they thought I was begging. I kept it. I realised, ‘Paise mil rahe hai, kuch bhi kar lo, karte raho. I started dancing more and more.” Later, when Saif and Amrita came and their help informed them that the passersby found Sara to be cute and gave her money, Amrita reacted like any typical parent ever. Sara shared, “My mother was like, ‘Cute nahi, yeh bhikharan lagi, isliye paise de diye!’.” Don't Miss: Sara Ali Khan Gets Candid About Weight Loss Journey From 96 Kgs To A Slim Body, Despite Having PCOD

Check out the hilarious video below:

After 13 years of marriage, Saif Ali Khan and Amrita Singh had parted ways and had moved on in their respective lives. Even though Sara and Ibrahim live with their mom, they have a happy access into their dad’s life. Sara Ali Khan has happily accepted the decision of her parents. In a throwback interview of Sara Ali Khan with Filmfare, the actress had talked about her family and choosing between mother, Amrita Singh and father, Saif Ali Khan. When the actress was asked who she is closer to, her mother or her father, she had replied, “Mom. She’s my whole world. I can’t function without her. From should I wear this, how did you like the trailer, is this boy good enough...? Her opinion matters in everything. I’m a homely mother’s girl. Mom and I are hysterical together. We’re just a riot at home. People have a blast looking at us.”

Sara had also talked about her childhood, and how she had understood that her parents are happier leading their lives separately. She had said, “I was a kid, who understood that her mother and father were happier that way. I can’t change how they are when they’re together. But you must know the option. I could have been brought up in an extremely unhappy, unstable and toxic household. But today I live with the world’s best mother in the most secure, happiest and healthiest space ever.” (Don't Miss: Baby Karisma Kapoor Feeds Her Little Sister, Kareena Kapoor In Their Rare Unseen Childhood Video) 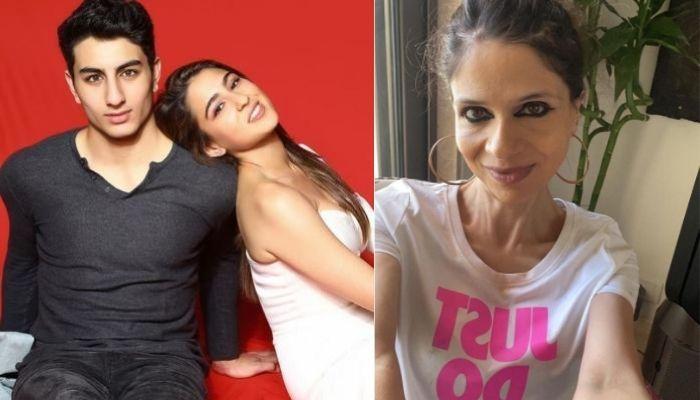