Saif Ali Khan talks about his bond with his kids, Sara, Ibrahim and Taimur amidst reports of him being miffed by Sara for her alleged involvement in the drug nexus.

Children bring in the best emotions in their parents. From their birth, everything starts revolving around them. Their likes, dislikes, everything becomes their parents' priority and they go to any extend to fulfil each and every demand of their little ones. A father’s relationship with his kids is very delicate as he is the one, they look up to. He has to be strict while having a friendly relationship with them. One such father of the glamour world is Saif Ali Khan, who dotes on his three kids, Sara Ali Khan, Ibrahim Ali Khan and Taimur Ali Khan. (Also Read: Katrina Kaif Opens Up On Whether She Would Attend Ranbir Kapoor-Alia Bhatt's Wedding Or Not)

Saif Ali Khan has always been a proud father and he has often talked about how his rapport with his three children is different. Whether it is talking about Sara and Ibrahim’s career choices or his discomfort of Taimur being constantly papped, Saif has always been open about his kids. The Nawab is on cloud nine as he is going to be a father for the fourth time. In August 2020, Saif and Kareena had released a joint statement to announce the good news. After Sara Ali Khan’s name had popped up in the alleged drug nexus, there were reports of Saif Ali Khan being miffed by Sara. The rumours also had it that Saif had even refused to help Sara in the drug probe being carried out by the NCB. Now, in an interview with Bollywood Hungama, Saif talked about his bond with his three kids and how he shares a different rapport with each of them. Talking about the same, Saif stated, “I am always there for them. I love and adore all my three children. It’s true that I spend a lot of time with Taimur. But I am constantly connected with my elder son Ibrahim and my daughter Sara. All my three children have different places in my heart. If I am hurt with Sara about something, Taimur can’t make me feel better about it. Every time you have a child you divide your heart. And they are all different in age. I feel each of my three children require a different kind of connect. I could have long chat on the phone or have dinner with Sara or Ibrahim which I can’t do with Taimur.” (Also Read: Kajal Aggarwal Looks Super Gorgeous In Black For Her Intimate At-Home Bachelorette Party) After Sushant Singh Rajput’s death, a lot of secrets had come into limelight. Amidst them, Sushant and Sara’s affair was also a hot topic of discussion. It was also revealed that Sara had accompanied Sushant to his Thailand trip. In an interview with the Times of India, Sara’s father, Saif Ali Khan had revealed that she was very disturbed by Sushant’s death. Saif had stated, “I think Sara - I don't know if she wants me to talk about it - was very upset. Very, very, very upset. Shocked and then very upset. She liked him very much. She was quite impressed with certain aspects of his personality. She told me he was very intelligent, that he could discuss, you know, Jean-Paul Sartre and he could discuss various aspects of philosophy and engineering and that he had learned how to shoot with a bow and arrow left handed, and he was very fit as well as very hard-working, and a good actor." 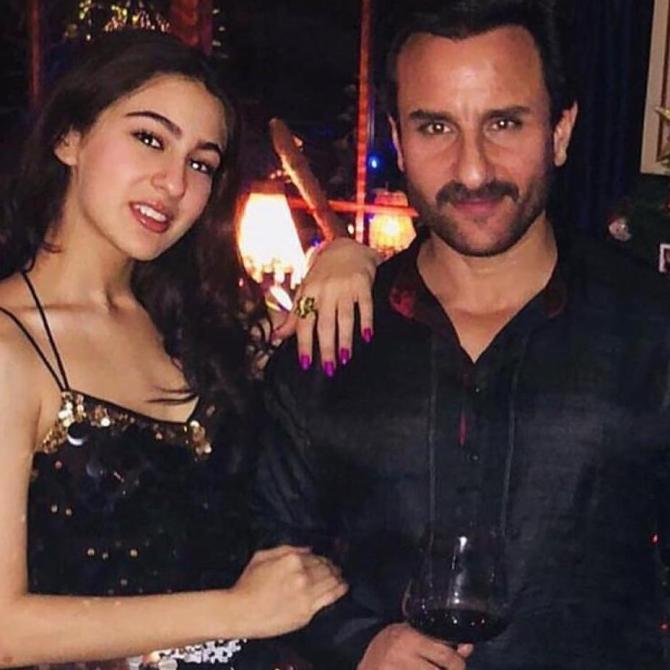 On July 24, 2020, Sara Ali Khan had posted two pictures of her father, Saif Ali Khan with the late actor, Sushant Singh Rajput on her IG handle. The picture was taken when both the actors were shooting in Paris for their film, Dil Bechara. Along with the pictures, Sara Ali Khan had written an emotional note for her Kedarnath co-star, Sushant Singh Rajput and it could be read as "The only two gentlemen that have spoken to me about Sartre, Van Gogh, telescopes and constellations, guitars, The Northern Lights, cricket, Pink Floyd, Nusrat Saab and acting techniques. This is to the last thing you two have in common- #DilBechara Now on Disney Hotstar." (Also Read: Ibrahim Ali Khan's Cricket Practice Reminds Us Of His Grandfather, Mansoor Ali Khan Pataudi) 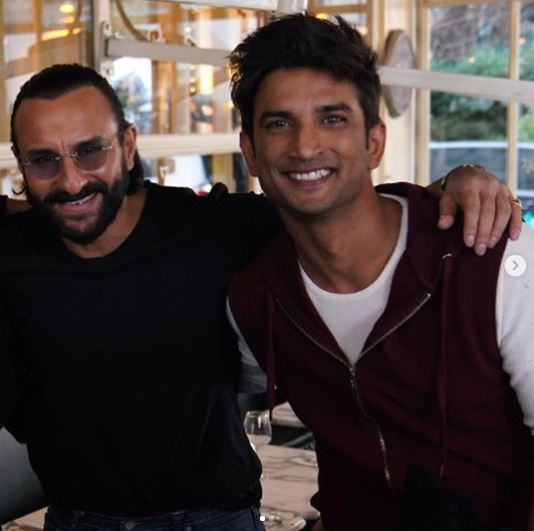 What do you think about Saif’s bond with his kids? Let us know. 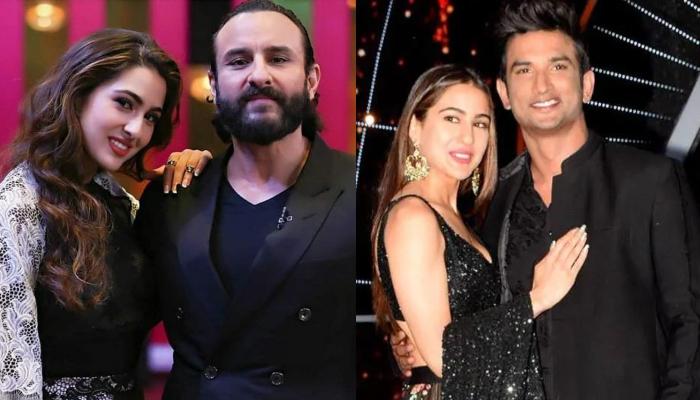 The untimely demise of Bollywood actor, Sushant Singh Rajput has left us all in shock and its almost more than a month, yet the news of his death is the prime focus of media headlines. Since his untimely death, tons of his fans and some renowned Bollywood celebrities have raised their