Raju Srivastava's nephew, Kushal Srivastava reveals that the comedian's health is improving. We also got to know that Amitabh Bachchan's voice msg is helping in recovery. Read on to know more!

Famous comedian, Raju Srivastava popularly known by his stage name 'Gajodhar Bhaiya'. He has etched a special place in millions of hearts with his comedy stint in the reality show, The Great Indian Laughter Challenge and several films like Maine Pyar Kiya, Baazigar, Bombay to Goa and Aamdani Atthanni Kharcha Rupaiya. However, on August 10, 2022, the comedian suffered a heart attack while he was working out in the gym in Delhi. Soon after the incident happened, he was rushed to the hospital and was given immediate treatment.

Currently, the 58-year-old comedian, Raju is getting treated by the AIIMS team of Cardiology and Emergency department led by Dr Nitish Nyay. A close source from AIIMs revealed that Raju was given CPR twice to resuscitate his heart. His close friend, Ahsaan Qureshi had admitted in a media interview that he was unconscious for more than 25-30hours. However, on August 12, 2022, his family had issued a statement and confirmed his improving health. Check out: 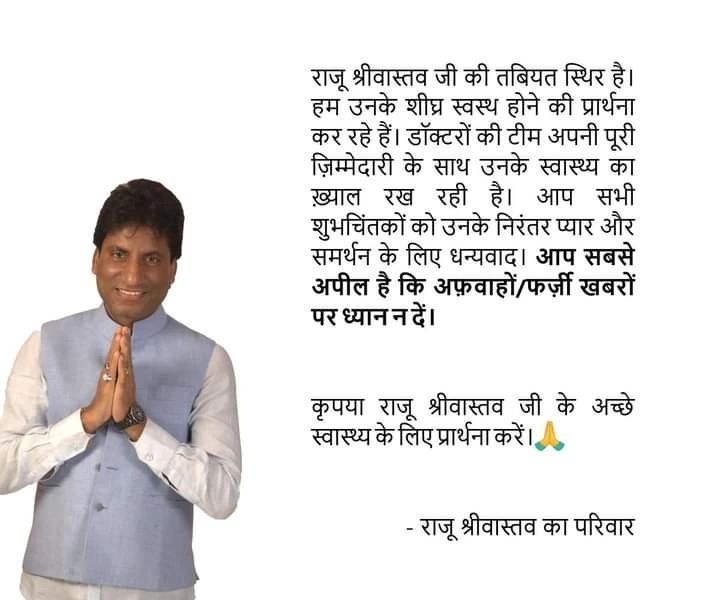 In an interview with ETimes, Raju Srivastava's nephew, Kushal Srivastava revealed that the comedian's health is improving. Kushal also mentioned that his uncle has moved his hands and fingers, and there are no signs of negative results. Elaborating the same, Kushal shared:

"I would like to inform people to not believe any rumours. Raju ji's condition is gradually and slowly getting better. Doctors are also saying that he is showing a positive response. There are no signs of negative results in his reports which is again a positive sign. Also, Raju ji moved his hand and fingers which doctors have informed us. He is a fighter, he will be back. I just want to request everyone to pray for his health. The doctors here are doing their best and giving good treatment. Our motive is to stop people from spreading rumours and negative stories. He is stable now and things are improving and he is showing signs of recovery." 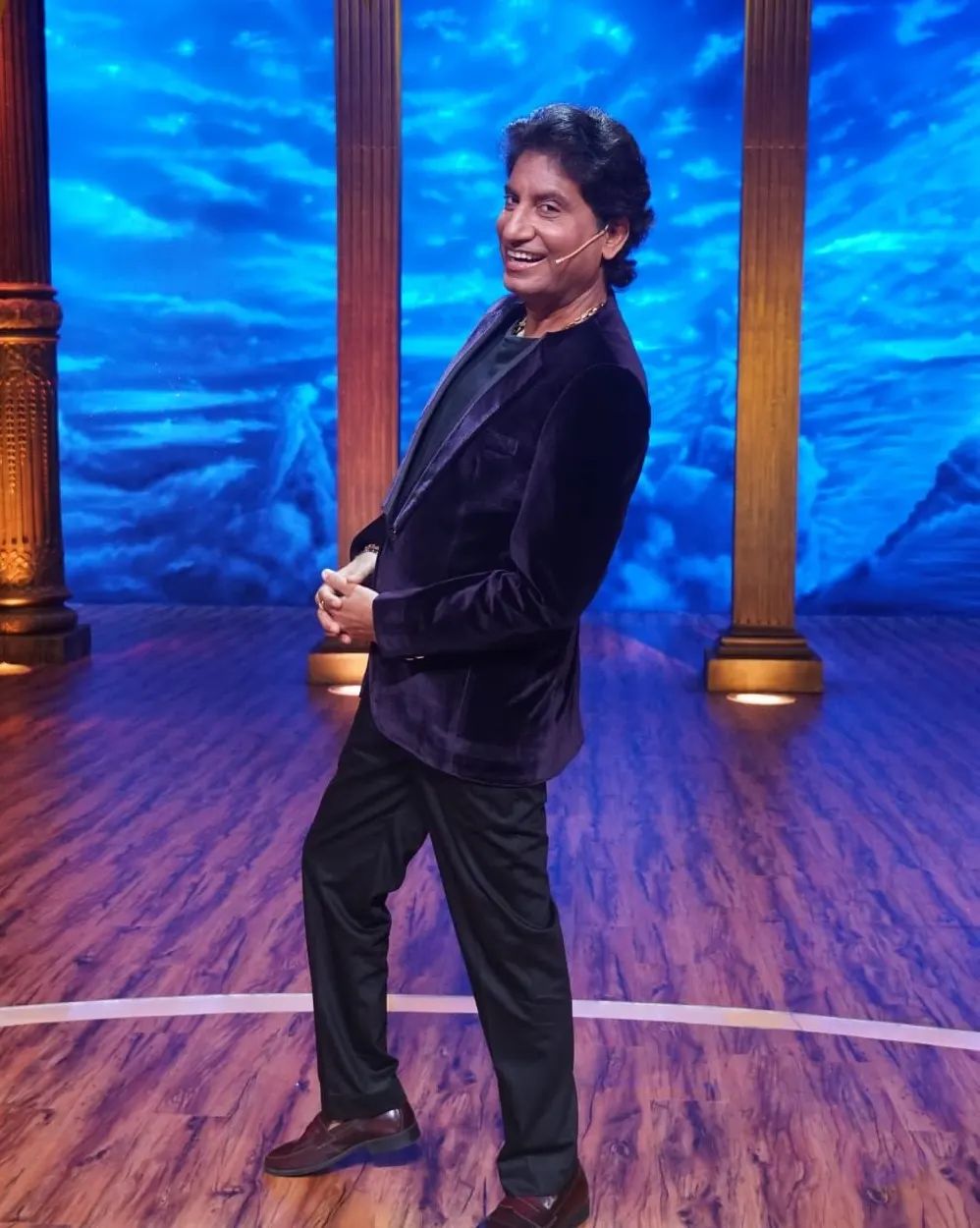 He further added that Raju's family is constantly receiving calls and have got to know about specific negative reports concerning the comedian's health. Thus, Kushal requested everyone to stop spreading those negative stories. He also clarified that his uncle never got indulged in lifting heavy weights, whereas he was only doing his regular exercise while he suffered from a heart attack. He shared:

"We are trying our best to stop these negative news as they are spreading easily. People are messaging and asking so things are getting difficult to handle. Raju ji is already fighting a battle inside and these rumours are disturbing the family. We put up a post on his Instagram also, but people are still continuing to message or publish wrong information. There are also rumours that he exercised a bit too much on the day when he suffered heart attack which is baseless. He would always run on the treadmill, he never indulged in lifting heavy weights. He was doing his daily exercise." According to a report in India Today, Amitabh Bachchan wished him a speedy recovery through a voice message in which he said, "It's enough Raju. Rise up Raju, and keep teaching us all to laugh." Raju's family contacted the superstar after consulting his doctors, who have said that a loved one's voice can help in fast recovery. Thus, after listening to this, Amitabh recorded the audio message and sent it to Raju, and as per the doctor's advice, the voice is played repeatedly to the comedian. Next Read: Rakesh Jhunjhunwala's Video Dancing In The Wheelchair With Wife, Rekha Is All About Their Love