These two cuties, Prince Yuvika Narula and Yuvika Chaudhary, have proven it wrong that love can’t happen on the reality shows. Prince Narula and Yuvika Chaudhary have been a part of the famous controversial reality show, Bigg Boss and it is believed that the people who fall for each other inside the house are all for publicity and votes. But Yuvika and Prince have proved it otherwise. In fact, they met on the show but fell in love eventually after it got over. 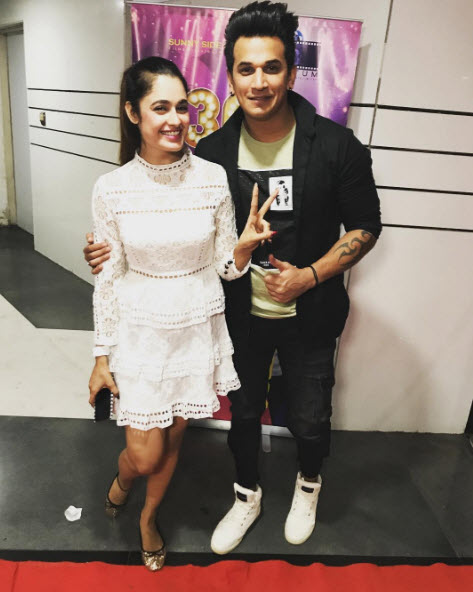 Initially, it all started off with ek tarfa pyar from Prince's side, but eventually, Yuvika too fell for the love prey and gave her heart to the handsome hunk. So much so, that the lovebirds have decided to walk down the aisle and become each other’s mister and missus. All this while, we didn’t have any information regarding the wedding date or for that matter the wedding month. But now, Yuvika and Prince's wedding month is revealed! (Don't Miss: After Changing His Name To Prince 'Yuvika' Narula, Prince Tattoos Yuvika's Name On His Back) 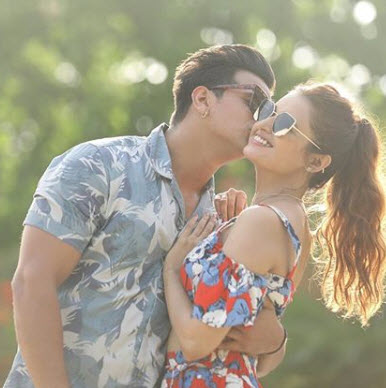 As per the reports by SpotboyE, Yuvika and Prince are getting married in mid of October 2018. The wedding preparations have already started in full swing. Theirs will going to be a ‘big fat Punjabi wedding’. Talking to SpotboyE.com earlier, on marriage plans, Prince had said, "We will be getting married in October or November, this year. It will be a big fat punjabi wedding. Destination is not yet decided but before this year ends, she will be my wife.”  (Must Read: Divyanka Tripathi Dahiya's Epic Reply To A Fan Who Asked For Her Permission To Marry Vivek Dahiya) 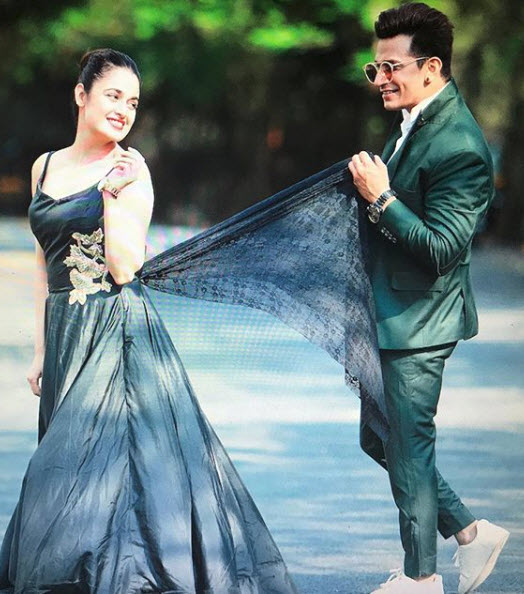 Also, after the engagement Yuvika had revealed, “It will be a grand wedding. Prince jo one sided pyaar itne zor shor se karta hai, toh imagine how much will he put in for his wedding.” Also, in an interview with Pinkvilla lately, Yuvika shared her love story and how it blossomed. She gushed, “First of all, when we came out of the house, we were friends. And in the house, Prince had some hope but when I didn't respond, he thought that I have some issues with him and I will never say yes. He was sure from the day one and I, like any other girl, was taking time. I was never in that frame of mind - the first date and then I will see. I was scared that whether I should take a step ahead or not. It was his love and faith that changed me. I am a very practical person, he is someone who thinks from his heart - whatever he says he does that.” (Also Checkout: Soha Ali Khan Shares Inaaya Naumi Kemmu's Personalised Cot And It's No Less Than A Royal Bed) She also shared how Prince family started taking interest in her and then things got serious day by day. Yuvika remarked, “If you go back, his family took interest in me when Prince and I were in the house. His mom said that if she wants a girl for Prince, that should be like me. When he came out of the house, he told his parents that 'I like her, but she doesn't. I would like to meet her and then we will see.' That's how we started meeting but as friends. It was a very positive indication by his side and his family. Then, his family told my family about Prince and me and that's when my family gave me the permission to meet him. When we started meeting each other, everyone thought we are dating but we were getting to know each other. If we think of going ahead, will it work out or now - that was the true thought process.” (Don't Miss: Sanjay Dutt Had Crazy 59th Birthday Celebrations, Maanayata Dutt Shares Inside Pictures And Video)

Prince Narula and Yuvika Chaudhary, all your fans are eagerly waiting for the D-day. Lots of love and best wishes from our side!