Happiness grows leaps and bounds when a duo welcomes their little munchkin. It’s not only the couple’s promotion but everyone related to them gets promoted and gets a little cotton ball to play with. While we are awaiting Kapil Sharma and Ginni Chatrath’s joint production, baby cries are all over the house of another comedian and the man in question is Mubeen Saudagar. Yes, the same guy who knows how to tease your funny bone and had even done that in past through numerous stand-up performances and mimicry in Comedy Circus and Comedy Nights Bachao.

And now, Mubeen can’t keep calm himself for he is now a daddy to his second baby. Before jumping on to the news, it is to be noted here that Mubeen Saudagar is married to Alsaba Saudagar, and the couple is already parents to a baby girl, Adara Fatima, who was born to them on December 8, 2017. It was Mubeen and Alsaba’s close friend and comedienne, Bharti Singh who had shared the news with a lovely picture of the then newbie father holding her little angel. Atop the Instagram story, Bharti had penned, "Papa Mubeen Saudagar." Checkout the snap we are talking about: 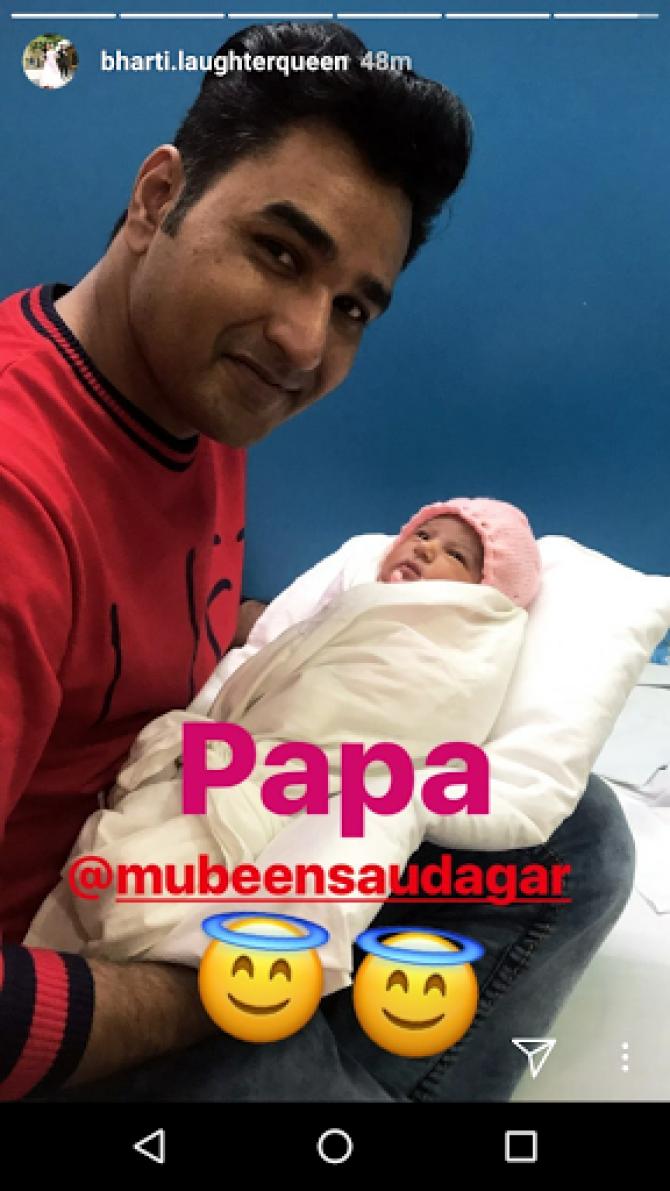 Now, yet again, it’s Bharti who has announced the arrival of Mubeen’s second baby. Mubeen and Alsaba were expecting their second baby in 2019, and the good news is already here! The couple is blessed with a baby girl, the announcement of which was done by his ‘sister’, Bharti, who took to her official Instagram handle and shared a lovely story. Bharti simply penned, “It’s a girl @mubeensaudagar @alsabasaudagar”, followed by a big woman shrugging GIF and a few blessed and heart emojis. Take a gander:

During her second pregnancy, Mubeen and Alsaba kept it a low-key affair. But when Alsaba was expecting their first baby, the two had hosted a grand baby shower ceremony. The news was all over the internet that they were soon going to embrace parenthood, but no one had an iota of hint about Alsaba's second pregnancy. Remember how beautiful she had looked at her godh bharai rasam on September 19, 2017, during her first pregnancy. In case you fail to recall, let us tell you, she had looked every bit of royal in her pink outfit. It was a celeb galore for Bharti Singh, Rajiv Thakur, Balraj Syal, Nehha Pendse, Haarsh Limbachiyaa, Ehsaan Qureshi, Sudesh Lehri and VIP amongst others had graced the ceremony. Here are the pictures for you: 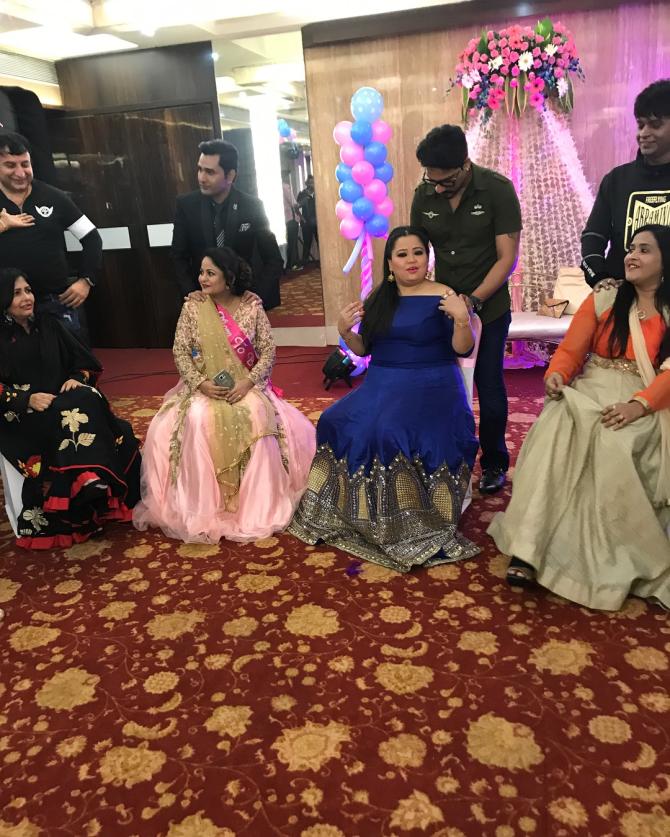 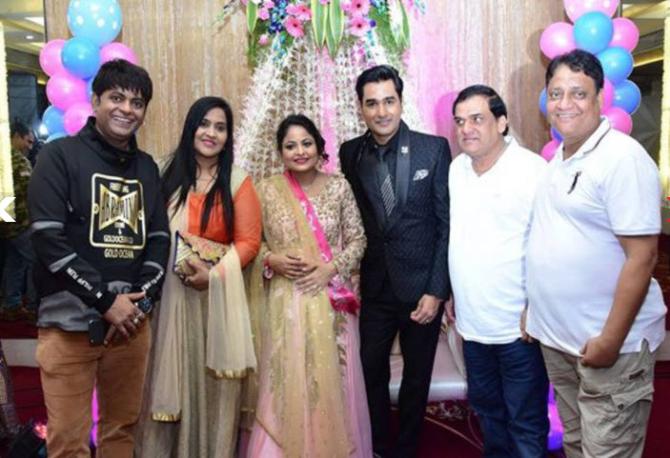 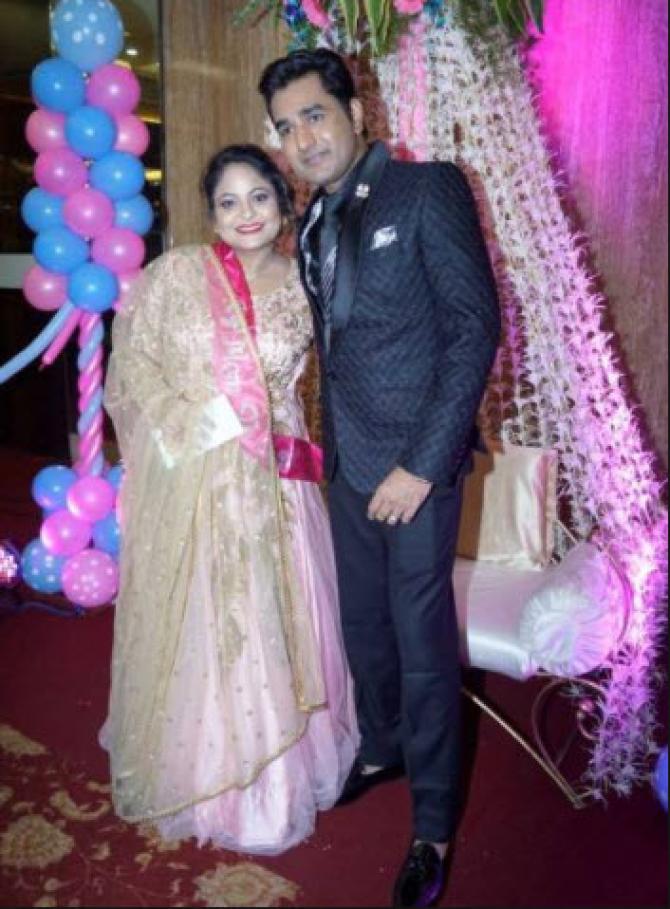 In an interview after the birth of Adara Fatima, Mubeen had shared the details regarding the birth of the little one and also expressed his happiness on becoming a father. In his own words, "Daughter is born from the operation. We are seven brothers and sisters, all got normal. Well, the child and her mother is healthy, it is very much for me. It is a matter of great happiness. They will be discharged from the hospital soon. The daughter's name is Adara Fatima, we the husband and wife have given the name Adara and my mother has given the name Fatima. People today also have big plans in their own life." 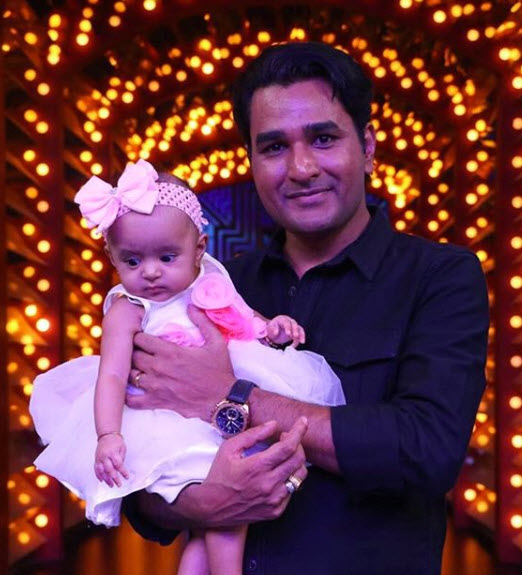 When he was further probed to tell if Fatima was a planned child for the couple, he has remarked, "Yes, the responsibility of the children in life increases, our marriage has been for two and a half years, we had kept thinking that the child will not be late. The baby has just arrived the world and we will do FD anything else, we have done a lot of planning. Just took a plot in Nagpur, took it for the child only. However, she did not have any document, so my name is on, but that is only for the girl. To bring children to the world is as important as it is to give them education and secure their life.”

Congratulations Mubeen and Alsaba on welcoming another angel in your lives! We are anxiously waiting for the picture of the baby.