Malaika Arora has been brutally trolled about being in a relationship with Arjun Kapoor and living her life happily post her divorce. And this time, she gave it all back!

Gone are the days when pyaar ek baar hota tha aur shaadi bhi ek baar hoti thi! Times have changed and so have people’s perception. Walking out of a marriage, irrespective of how long it remained, takes humongous guts and when love leaves you and you feel unworthy of yourself, its time to walk out! Difference in opinions and many other alike reasons could be deciding factor for a divorce, but sometimes holding on does more harm than letting go and Malaika Arora, who was then a 'Khan', decide to walk out of a marriage which was making her and her now estranged partner, Arbaaz Khan extremely unhappy. (Do Read: Sonam Kapoor Ahuja Reveals Her Beauty Secrets, Shares Three Skincare Routine She Swears By)

After holding on to her 19 years of marriage, it was in 2016, when Malaika Arora and Arbaaz Khan finally confirmed their separation. In Kareena Kapoor Khan’s chat show, What Women Want, her BFF, Malaika Arora had revealed about being in an unhappy marriage. She had stated, “If this is the decision that you’re making, then we are really proud of you and in our eyes you are a really strong woman… this is what gave me the extra strength that I needed. If you are in an unhappy marriage and that’s what you decide to do you should do it with a lot of dignity, self-respect. Don’t let anybody tell you that you are any less of a woman.” 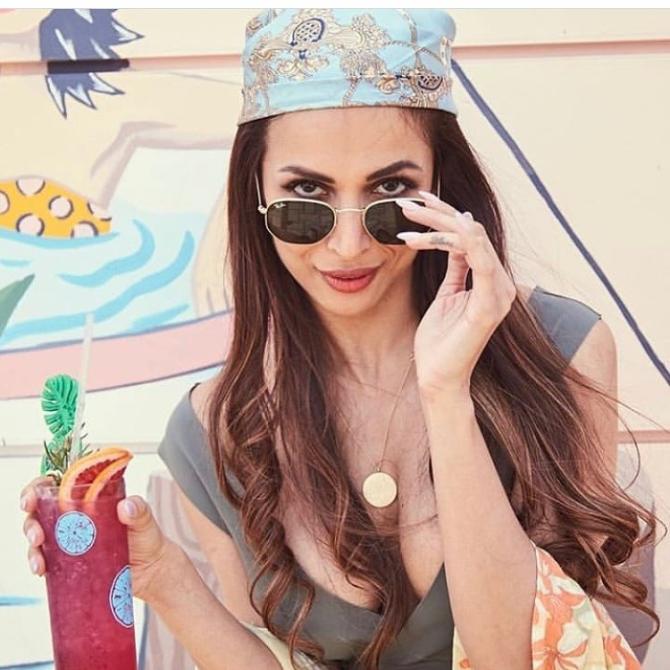 Malaika Arora is currently in a relationship with Arjun Kapoor, who is 12 years younger to her. For those who don’t believe that age is just a number, regularly troll the actress upon dating someone much younger to him. Many also troll her about looking happy and making the most of her life post her divorce. While she mostly remains mum about it, Malaika has her own way to give it back to the trollers! The Chaiyya Chaiyya star took to Instagram and posting a naughty-wink picture of herself from a beach holiday and gave a savage reply to the trollers. She wrote, “Being happy is a choice .n I choose to be happy ... also I think happiness looks good on me ... so keep ur opinions n ur negativity to urself n spare me ur crap #notinterested#toobusybeinghappy#notimefornegativity #tuesdaythoughts#43nhappy.” Here is the picture: 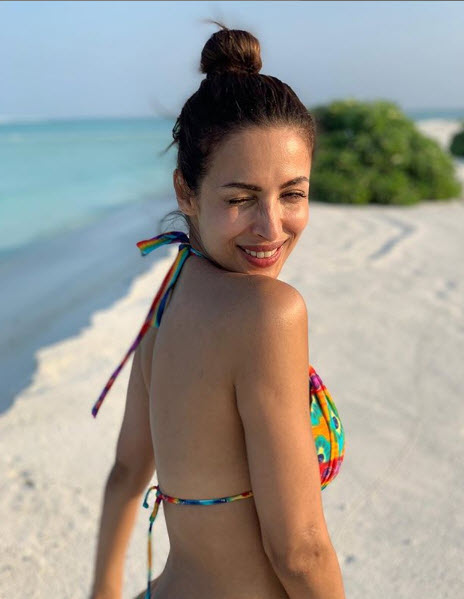 Amazing, isn’t it? For the uninitiated, rumours are rife that Malaika Arora and Arjun Kapoor are heading towards a Christian wedding on April 19, 2019. A DNA report quoted a source saying, “Arjun and Malaika have told their teams to keep themselves free for the wedding. They want it to be an extremely private affair with only close friends and family, so the hair and make-up artistes and other members have been strictly asked not to share any information with anybody.” (Next Read: Janhvi Kapoor Confirms When Sister Khushi Kapoor Plans To Make Her Bollywood Debut, Details Inside) 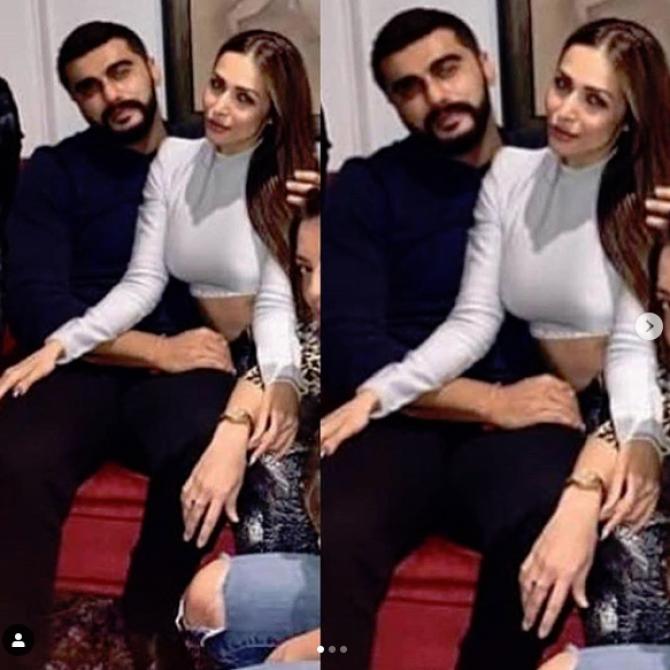 But the rumoured bride and groom-to-be have profusely denied all marriage rumours. While Malaika had shared, “Oh god, oh god, let's not even have these...this is all media made (blushes). The media is responsible for all of this. All media made. That's all I am gonna say about this. All media made”, Arjun on the other hand had stated, “When there is something to talk about, you will all know.” He had further added, “It’s your choice how much you put out there or yourself and your availability. Today you have a lot of control over as to how much you want people to know about your life. Speculation and gossip is a part of it. I am not the first actor or the last. Our entire tribe is immune to it…Because it is the nature of the business." In a chat with celebrity fashion designer, Anaita Shroff Adajania in Feet Up with the Stars, Malaika Arora had spoken about her life after divorce. Malaika had revealed, “I'm calmer, more at ease and at peace with my surroundings. I think I was just all over the place. Now, I feel far more calm." Malaika had also shared her ways to keep her calm during and post her split, “There were these thoughts that went through my head. I think anyone would feel the same. What would happen? How would life pan out? Whether emotionally or professionally, the good thing is, I didn't let anything get to me. I didn't get hyper. I just let time take its course.” Malaika Arora and her estranged hubby, Arbaaz Khan have a son, Arhaan Khan together. Post their divorce, Malaika has gotten her son’s custody. In a 2017 interview, the Hoth Rasiley star had shared, “Arbaaz is a part of my family, the father of my child. Certain equations don't change overnight. The things that happened should remain between us. It's personal. We don't have to prove anything to anybody. [Meeting Arbaaz] makes my son happy, and that makes me happy. Come on! For Amu [sister Amrita Arora Ladak], he's like a brother, and he is a son to my parents. What happened is between us.” 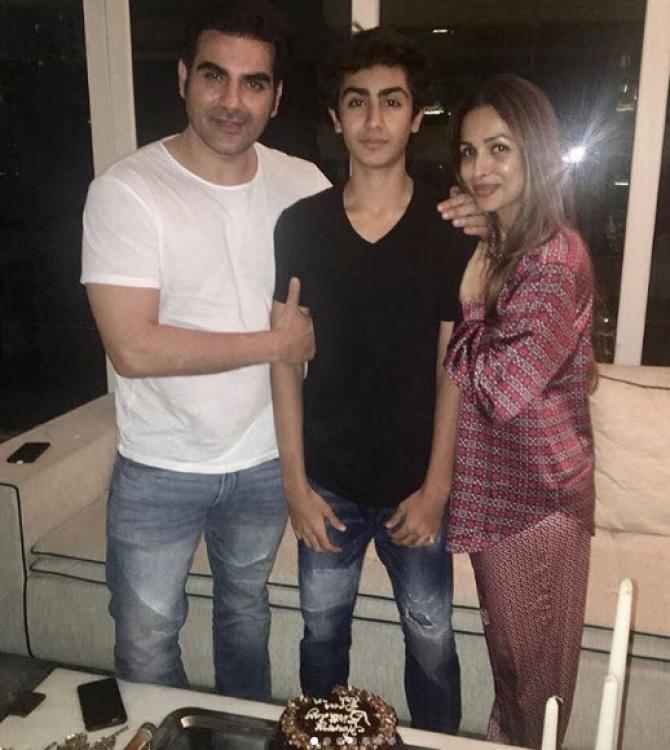 Malaika Arora had then further stated, “He is very important to me. No matter what happens or where life takes us, Arbaaz will always be integral to my life. I still care about him. Arbaaz and I have known each other all our lives. It was emotionally difficult, but we haven't really talked about it because we are private individuals." (Also Read: Amy Jackson To Get Engaged To Her BF On This Date, With Their Baby Inside Her Womb) 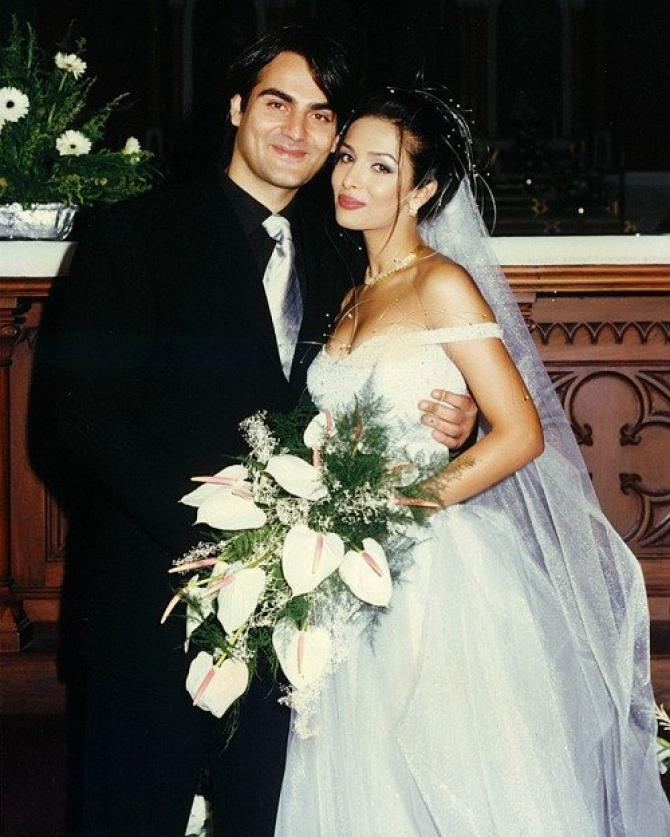 But looks like a lot has changed and Malaika Arora is all set to welcome ‘new innings’ in life and we can’t be happier for her!