Legendary filmmaker, JP Dutta's daughter, Nidhi Dutta tied the marital knot with her longtime beau, Binoy Gandhi, and their unseen wedding pictures and videos have surfaced on the internet.

The iconic, respected, and legendary filmmaker of Indian cinema, JP Dutta and yesteryear actress, Bindiya Goswami's daughter, Nidhi Dutta and her beau, Binoy Gandhi tied the marital knot. The couple was in a relationship for the past five years before their marriage and was pronounced 'husband and wife', after their grand wedding on March 7, 2021. For the uninitiated, Nidhi and Binoy had gotten engaged back in August 2020 and had planned to get married in December 2020. The couple was forced to postpone their wedding because of COVID-19 to avoid any loss of life. (Recommended Read: Virat Kohli Posts Picture Of Anushka Sharma And Vamika, Reveals Experience Of Witnessing Child Birth)

On March 7, 2021, Nidhi Dutta had taken to her Instagram handle and had posted a couple of pictures from her mehendi and sangeet ceremonies. In the pictures, she had looked gorgeous donning a pastel yellow and lavender coloured outfit. Her look was completed with a maang teeka and a pair of earrings. Now, their unseen wedding pictures and videos have also surfaced on the internet. Scroll down to see them all! 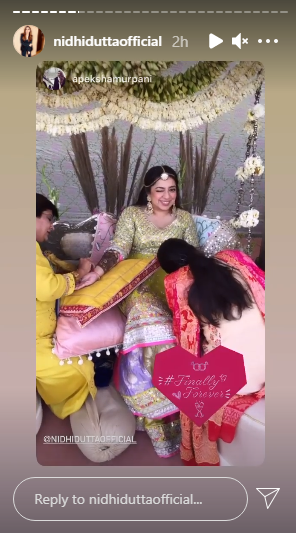 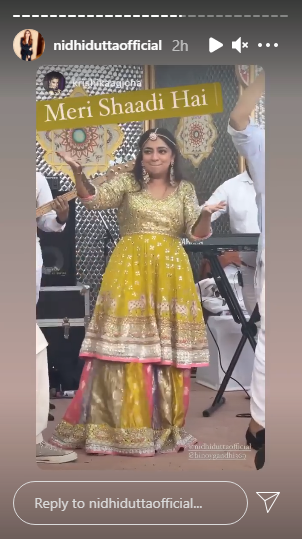 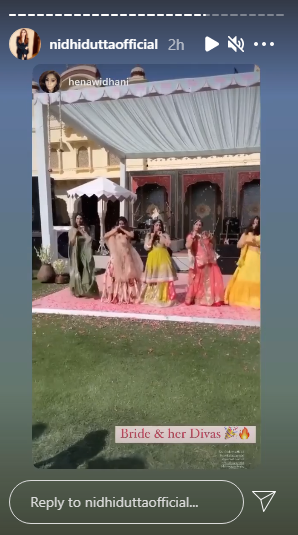 On March 7, 2021, iconic filmmaker, JP Dutta's daughter, Nidhi Dutta, married her longtime boyfriend and director, Binoy Gandhi, in a beautiful wedding in Jaipur which was nothing less than a glitzy affair, attended by nearly 200 guests. The couple looked stunning in their respective outfits on the day of their marriage, and pictures and videos from their wedding are now all over the internet after being shared by some celebrities on their social media handles. While on one side, Nidhi stunned everyone with her jaw-dropping look, as she can be seen wearing a pink lehenga. On the other side, Binoy looked handsome in his off-white sherwani styled with golden embroidery and a pink shawl. From baraat's entry to bride's procession in the wedding hall, everything was nothing less than a Bollywood movie. Celebrities like Manish Malhotra, Arjun Rampal, Athiya Shetty, Gurdeep Mehndi, and many others shared some pictures and videos from the same. Take a look: 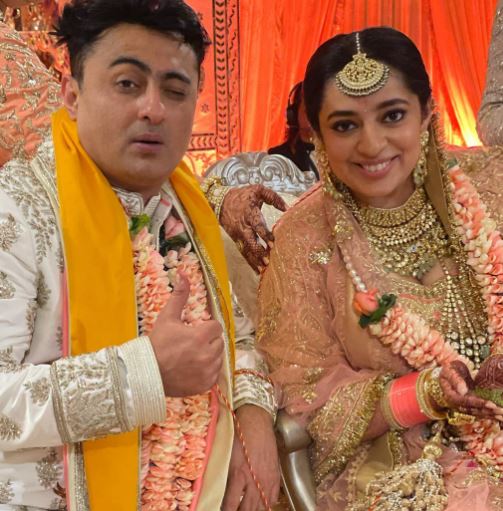 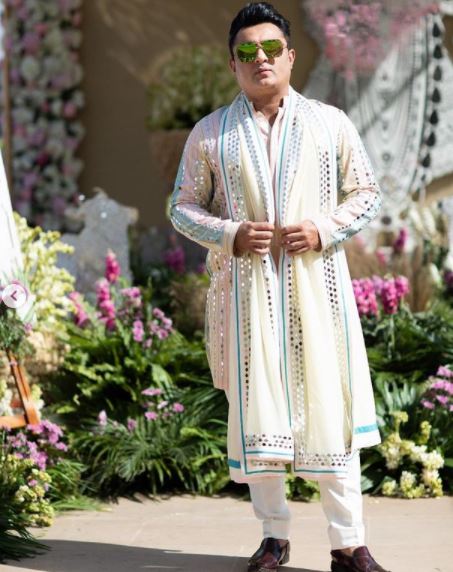 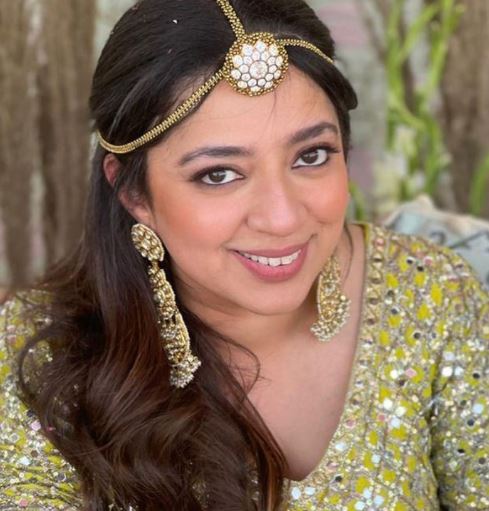 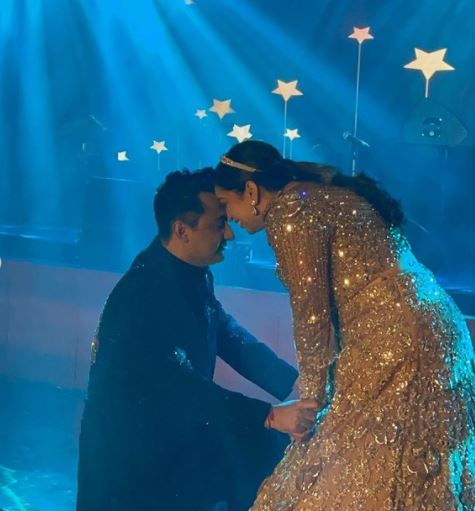 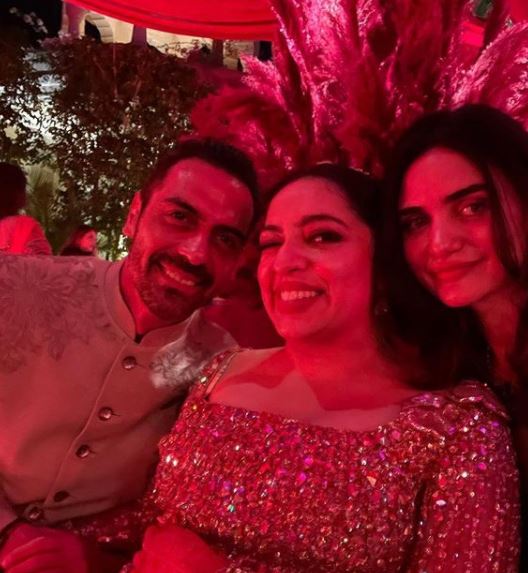 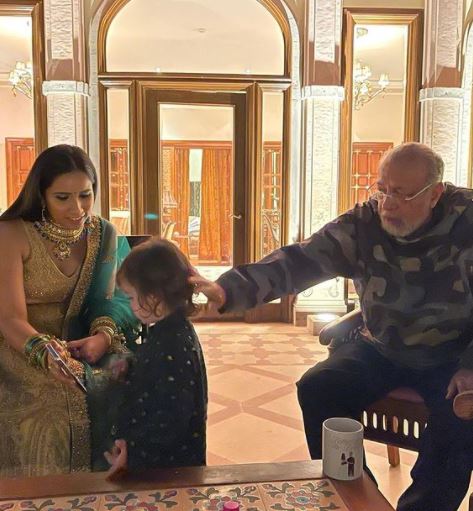 For the uninitiated, prior to Nidhi Dutta and Binoy Gandhi's marriage, a source close to the couple had revealed that their wedding is going to take place at the same place, where Nidhi's father, JP Dutta and her mother, Bindiya Goswami had professed their immense love for each other. The source had revealed, "It is a case of history repeating itself. Nidhi has zeroed in on Jaipur, as JP Dutta, for films like Border and Refugee, had proposed his love to Bindiya in the pink city. The wedding will take place at the exact location and under the same tree where the senior couple had professed their love for each other, followed by the proposal." (Don't Miss: Mahesh Babu Shares A Collage Of The Three Important Women In His Life On International Women's Day) It was also reported that Jaipur is like a second home for Nidhi Dutta, as she used to visit the city quite frequently and had even lived there during her childhood days with her mother, Bindiya Goswami. The city is close to her heart and is the reason why she had decided to get married under the same tree, where her parents had started their journey of togetherness. The couple had gotten engaged last year on August 15, 2020, but because of the COVID-19 pandemic, the families of the lovebirds had decided not to give up on their hopes of having a slightly bigger wedding with more guests. Now, after the completion of Nidhi and Binoy's wedding, the patience shown by their respective families had turned out to be a successful and superb decision from them, as everything was beyond perfection. (Also Read: Barkha Sengupta Surprises Hubby Indraneil Sengupta With A Car Worth Rs 15 Lakh On Their Anniversary) 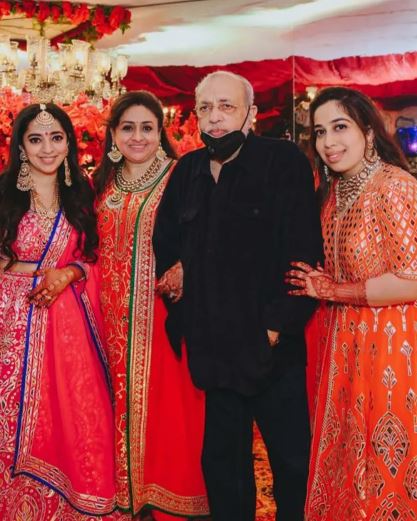 Did you like Nidhi and Binoy's wedding pictures and videos? Let us know!