Cricketer, Jos Buttler and his darling wife, Louise Buttler share a romantic fairytale love story. Read on to know about the cricketer's personal life, his wife and his two babies!

Jos Buttler, the name itself evokes respect and admiration. If there is one thing clear about the best white-ball batsman in the world is that he does not get easily stumped. But the one special person, who had managed to do the unthinkable and had brought the cricket legend to his knees was Louise Buttler. Their fairytale-like love story is not known by many, considering the cricketer’s choice of private lifestyle.

However, fans and well-wishers are always eager to get a sneak peek of the most adored couple in the sports industry, Joss and Louise. From being school friends to taking the sacred vows, it is commendable how the childhood sweethearts managed to keep it real, despite the trying times and gloomy days. Their love story makes us believe in love all over again. So without any further ado, let us dive straight into Jos and Louise’s love story and know what made them say ‘Yes, I do’ to one another. 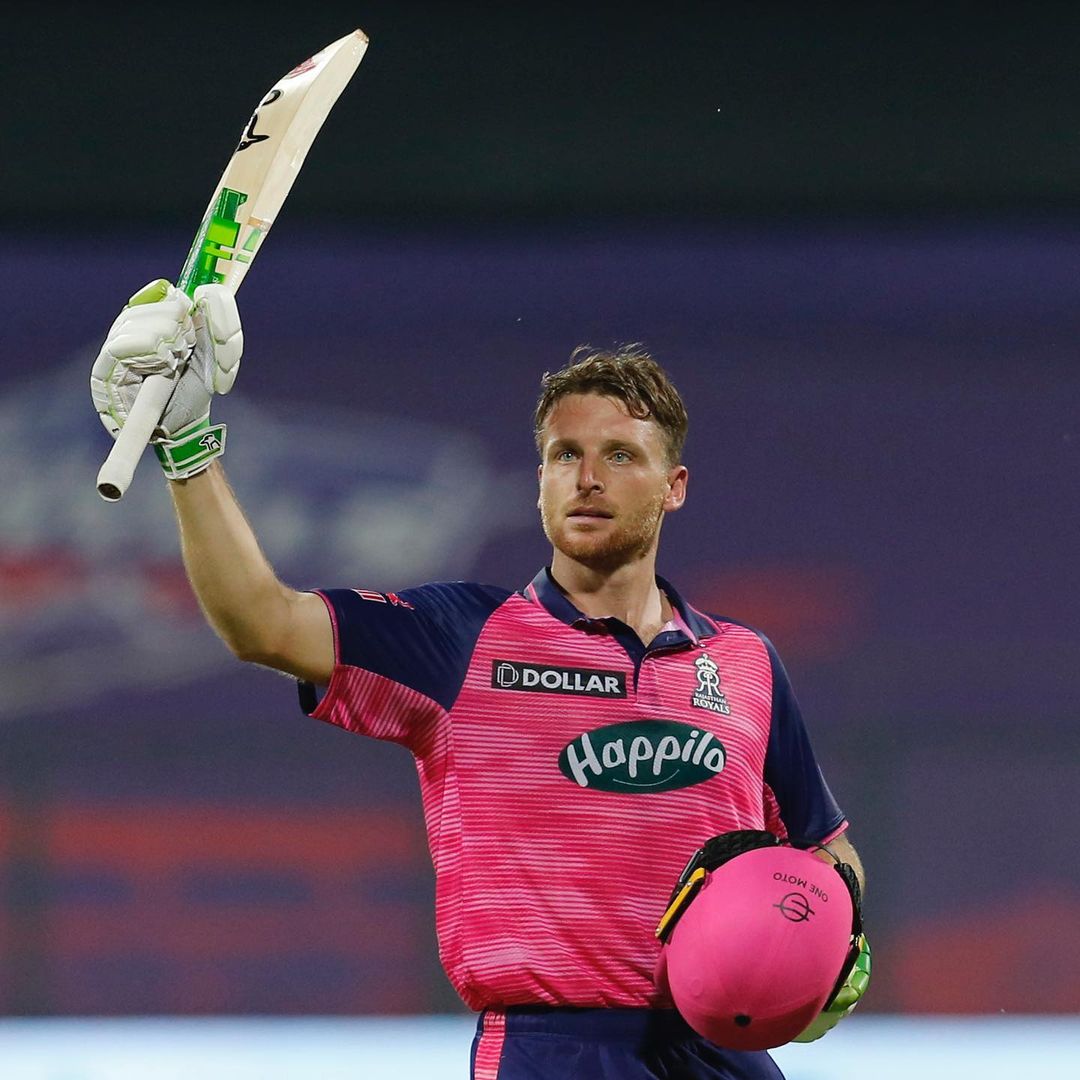 Indians have a special place for cricket and cricketers in their hearts. Be it cheering for Virat Kohli or rooting for KL Rahul, cricket lovers always support their favourite idols. However, there are also some foreign cricketers, who have managed to live rent-free in the hearts of millions of sports lovers. And Jos Buttler is one of them. He enjoys a massive fan following for his outstanding hard-hitting. He was part of the England cricket team in 2019, the same year in which England had lifted the Cricket World Cup trophy and had made their nation proud. Jos is a right-handed wicket-keeper-batsman who holds several world records to his name. He also plays for Rajasthan Royals in the Indian Premier League and charms the audience with the ‘Buttler show’.

What does Jos Buttler’s Wife, Louise Buttler do?

The gorgeous wife of the Orange cap holder is Louise Buttler and she is a pilates instructor by profession. Louise was a student of physical health sciences, and after completing her studies, the celeb wife had decided to make a career as a fitness trainer. By seeing her toned body and healthy lifestyle, one could quickly get an inside picture of how strict Louise acts when it comes to maintaining good health. She often shares photos and videos of her workout session on social media, and sometimes it also features her darling hubby, Jos Buttler.

How did Jos Buttler and Louise Buttler meet? Jos Buttler and Louise Buttler were childhood sweethearts, and their romance had brewed since they were in school. They had fallen in love, not knowing what it was. Since the age of 14, Jos and Louise have been friends, and by the age of 15, Jos had already made Louise his girlfriend. If reports are to be believed, Jos used to help his now-wife and then-girlfriend, Louise with mathematics' homework. But, while making Louise’s math stronger, Jos had fallen weak on his knees. 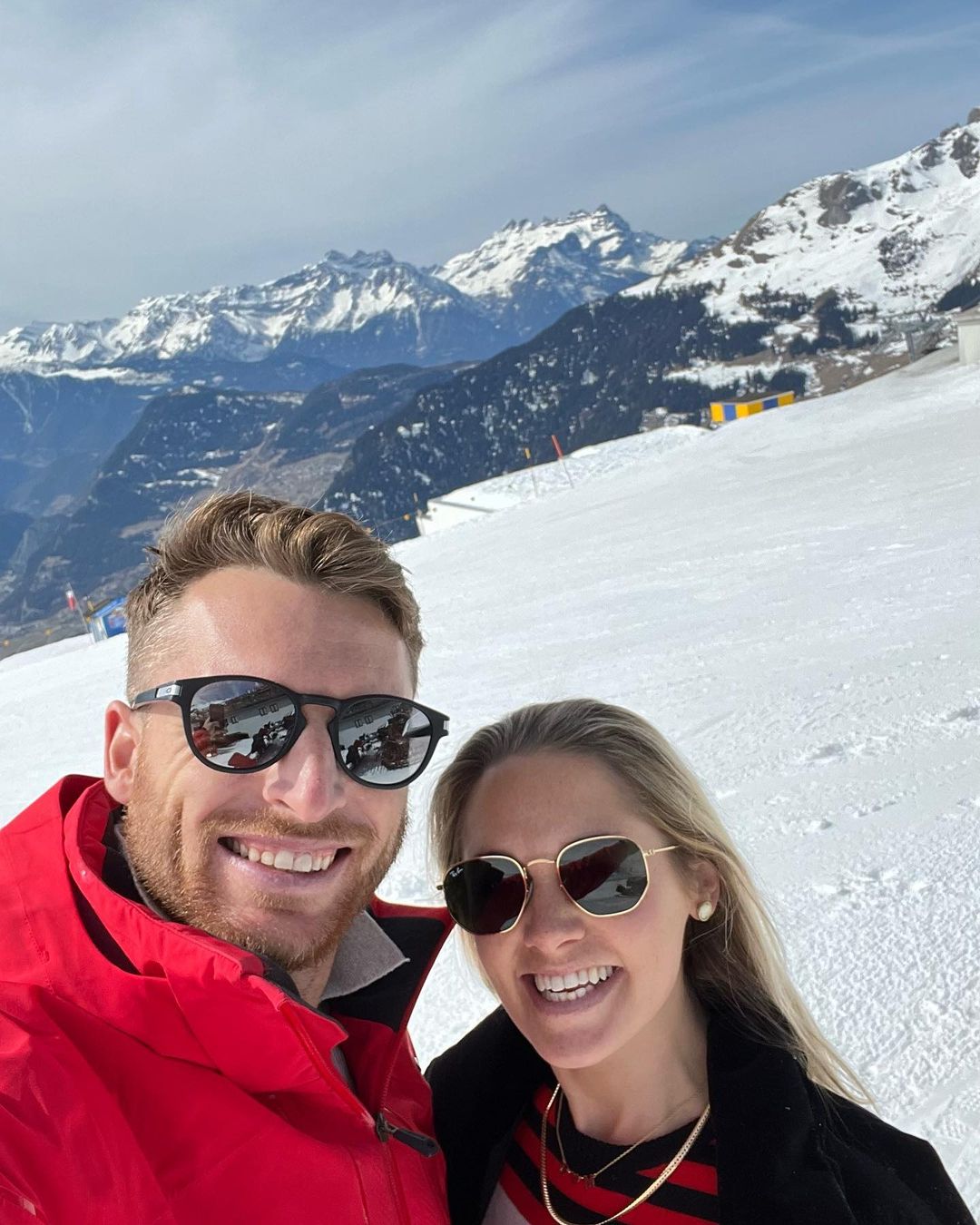 The soulmates were very close to each other and had always been each other’s loudest cheerleaders and the worst critiques. However, even after being so close, they had taken proper time before taking the plunge. Finally, after reaching the desired heights in their careers, the madly-in-love couple had exchanged rings in a low-key engagement ceremony. 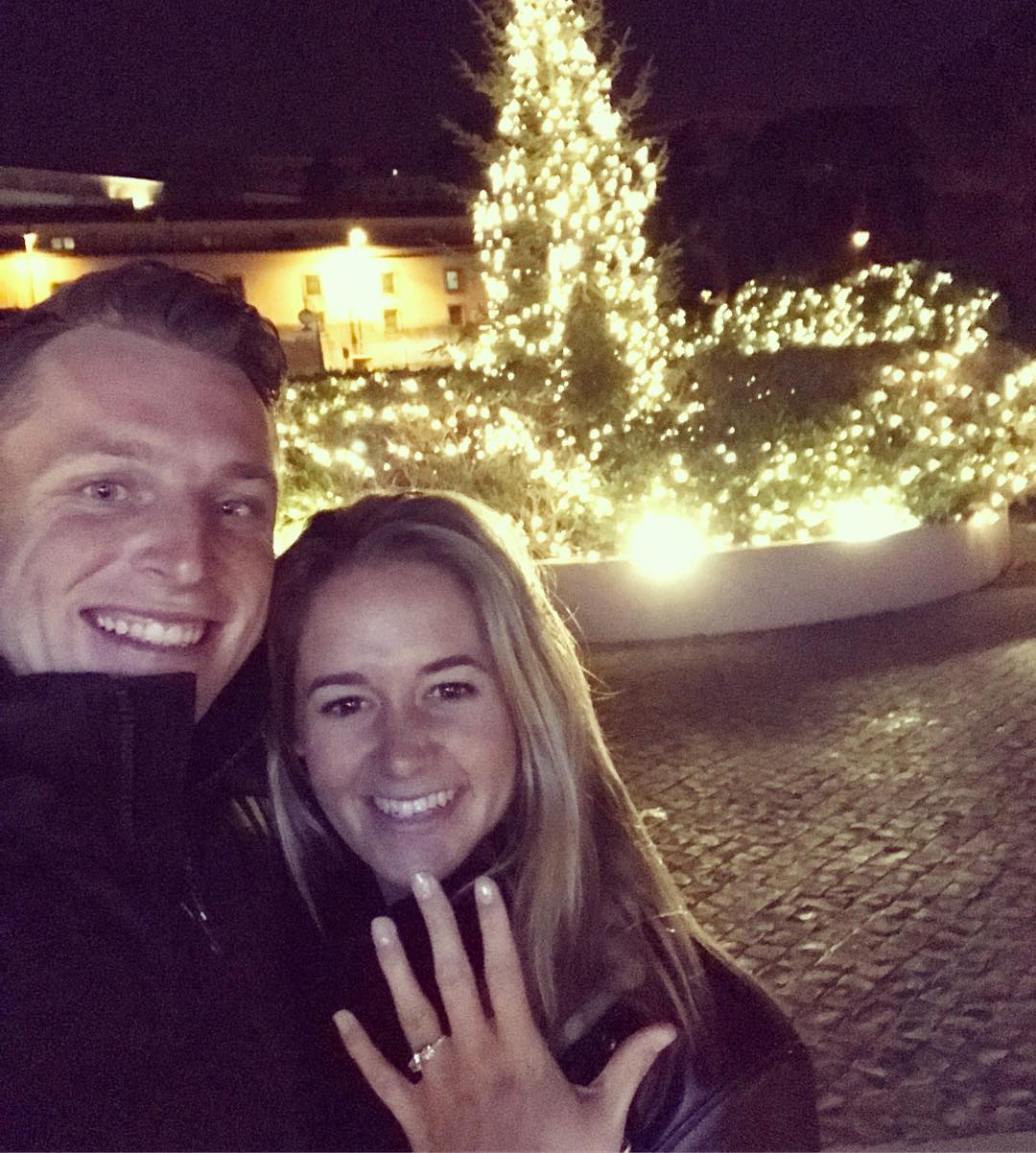 On December 29, 2016, Joss had taken to his Instagram handle and had shared a priceless picture with his then-fiance, Louise Buttler from their intimate engagement ceremony. In the picture, Jos was seen posing with a broad smile, while Louise was seen flaunting her diamond-studded engagement ring. Both of them were clad in black-hued winter wear and were posing in front of a light-up tree.

The couple, Jos Buttler and Louise Buttler had tied the knot in a white wedding on October 21, 2017. Their wedding was an intimate affair, and the guest list had included a few close and dear ones. From the British national cricket team, Stephen Finn and Alex Hales were in attendance to give blessings to the adorable couple on their big day.

In the wedding picture, Louise had looked stunning in a dreamy white-hued gown adorned with lace, and she had paired it with a long veil. She had opted for a messy low bun and subtle makeup for D-day. On the other hand, Jos had donned a white shirt, paired with a baby pink tie. He had layered his outfit with a grey-hued waistcoat and black tuxedo. 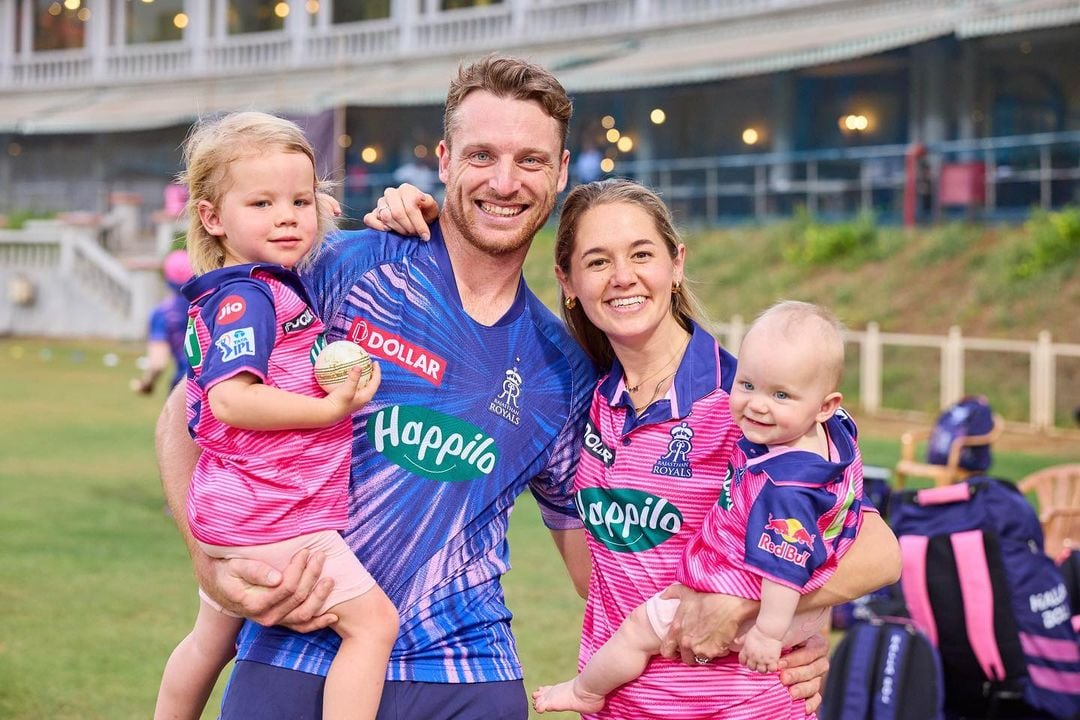 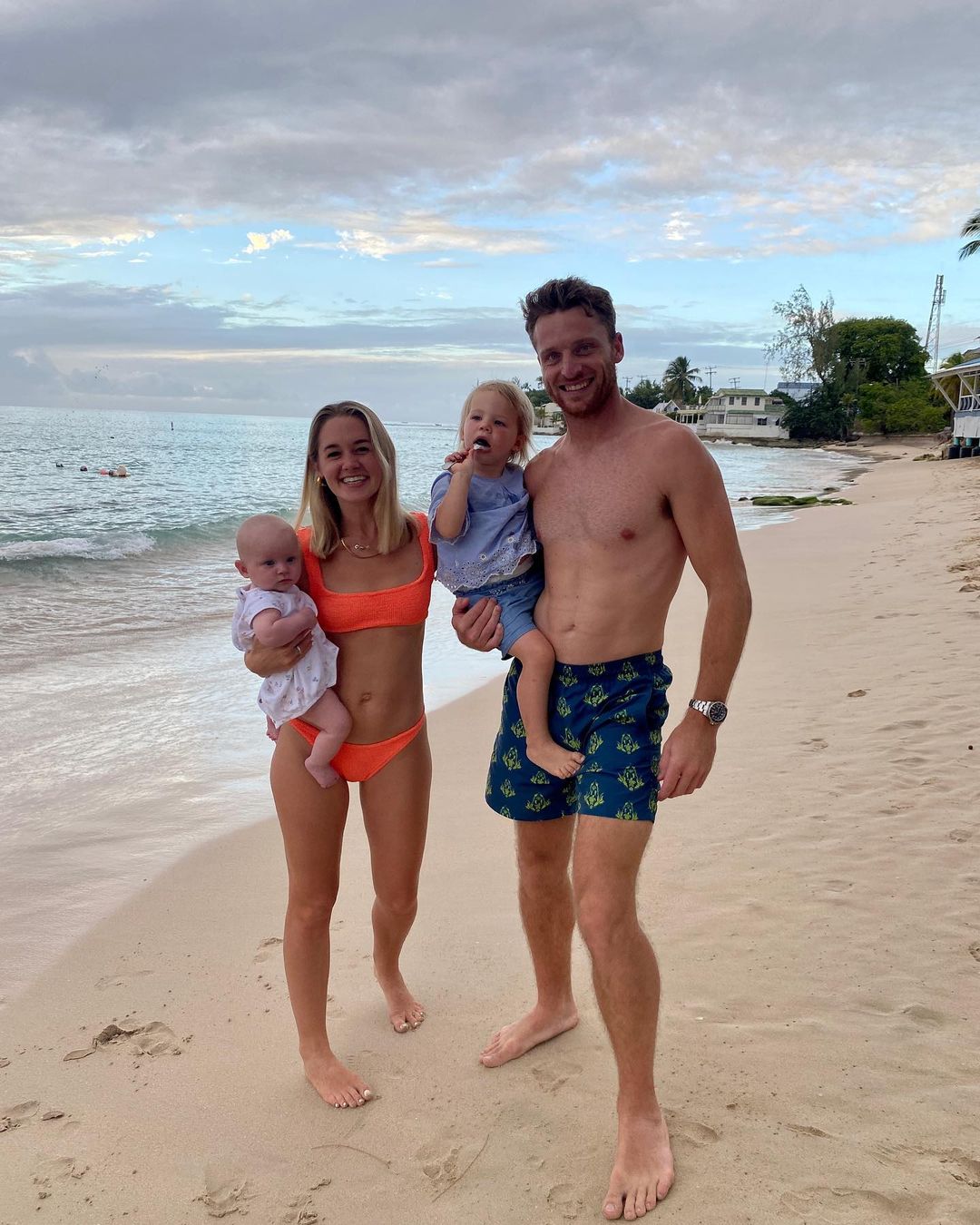 The doting daddy Jos Buttler had even missed the second half of the IPL 2021 to be with his wife, Louise during the birth of their second child. However, Jos often gives his millions of fans a visual treat by bringing their cute little munchkins to the cricket stadium. Jos is living the best of his life with his sweet family, and his Instagram handle is proof of the same.

Jos and Louise’s childhood romance became a forever journey. What do you think about their fairytale love story? Let us know!