On August 26, 2016, Udta Punjab actor, Shahid Kapoor and Delhi girl, Mira Rajput, were blessed with a baby girl. They named their little tot, Misha Kapoor. Since then, whenever little Misha is seen, be it at her parents’ social media handles or snaps by paparazzi, we cannot help but drool over her cuteness. And the latest Misha pics say it all.

She was snapped by the shutterbugs along with her mommy, Mira. Fans have seen many such adorable mother-daughter moments before. But there’s something special this time. For the first time, Misha was seen wearing a school uniform. Yes, she was walking down the lane holding her mommy’s hands after finishing her playschool and trust us, she was walking like a boss! Mira donned herself in a casual top and faded blue denim, coupled with a black side sling. Misha was in her white frock-type school dress. Check out the pictures here: 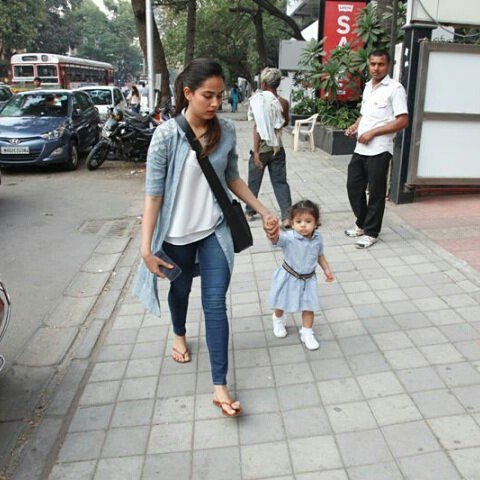 Aren’t these pictures so adorable? Just a couple of days ago, daddy Shahid posted Misha’s pic in which the cutesy munchkin is seen wearing his daddy’s shoes. Awww. Shahid’s Instagram caption described this sweet moment perfectly, “Guess she has decided to take over.” Look at that pic here: And we got our hands on a video in which Misha is seen playing the drums! Looks like she is quite enjoying her drumming lessons, right? But hey, wasn’t she taking dancing lessons from her grandmom, Neelima Azeem, as well? Seems like she wants to do it all! Check out the video and the dancing lessons below, but before that, we have an amazing statement made by daddy Shahid about Misha. Talking about her daughter, he once said, “Being a first-time father has been one of the most enriching experiences of my life. Misha is a wonderful package of positive energy. Misha is a source of positivity for me. She can make me smile even on my worst days.” That’s the best father-daughter relationship, isn’t it? Now, coming back to Misha, no wonder every little move by her takes the internet by storm. We brought to you the story of when Misha was clicked for the first time in her grandfather's hands, Pankaj Kapur. For those of you who do not know, Shahid Kapoor is the biological child of Pankaj Kapur and Neelima Azeem. 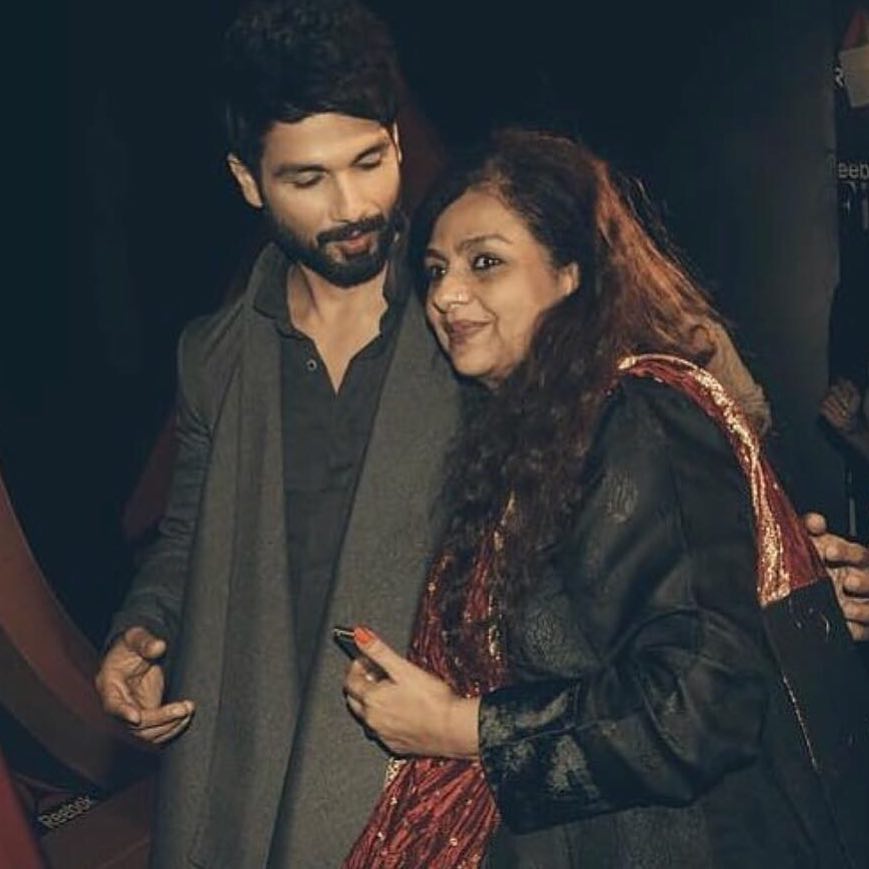 Earlier, in an interview, when Mira was asked about her daughter being in the limelight always, she replied, “As far as media attention is concerned, I know it's going to happen. I can't keep Misha behind closed doors all the time. I want her to have a normal childhood. I want her to know that she has the privileges that she has because of her father. She has to respect that. I just hope that she doesn't get swept away by the tide.Obviously, I want to share what Misha does with my family and friends. Shahid also wants to do so with his friends and family. She is our pride, but there is always a line. I want to protect her as much as I can.” In one of his interviews, Shahid once described how it was when he held Misha in his hands for the first time. He recalled, “ I was both ecstatic and scared. I began thinking of Mira's father and how he must have felt when he gave away his baby, his daughter to this strange guy, an actor from Mumbai with a ponytail and coloured hair, who perhaps thought he was a 'cool dude'. I called him up instantly and apologised if I had troubled him at any point. I may have overlooked his point of view somewhere, regarding something which may have been important to him, this realisation came when I held a baby girl in my hands when I felt vulnerable. I don't want anything to go wrong with her ever. I guess, being a man I always thought of as a man. But holding a baby girl gave me a new perspective. It changes everything.” If these statements are making you fall in love with Shahid, wait till you read the next. Yes, Shahid once confessed that he changes Misha’s diapers. What a dad he is, isn’t he? He said, “I change her diapers, I give her bottle feeds. I fed her first solids. I enjoy hanging with her when she moves in the walker.” He further added, “I like looking at her when she rolls around. In fact, I mimic her funny sounds rather than teach her words. So that she feel's we're sharing a conversation.”

Isn’t this great? Seems Shahid is one of the best daddies around. On the professional front, Shahid will next be seen in the much-awaited and controversial film, Padmaavat, releasing on January 25, 2018. Shahid Kapoor got married to the 'girl from another world', Mira Rajput on July 07, 2015, and the sweet surprise did come as a shock to everyone. After all, the heartthrob of Bollywood opted for an arranged marriage set-up and married someone outside of the industry. Mira Rajput then became