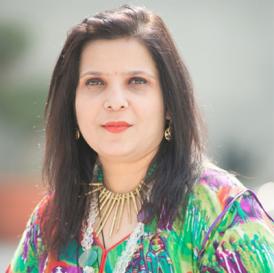 Recently we brought to you the news of Divyanka Tripathi getting happily engaged to her Yeh Hai Mohaabtein co-star Vivek Dahiya. Their roka ceremony took place on January 15, in Chandigarh. There were only a few close family members who were present on the occasion to bless the newly-engaged couple. Soon, the lovebirds made their relationship official, and since then their roka (engagement) pictures are doing rounds on social media and the internet is going gaga over it.

Let us see what tarot cards say about the future of this bright couple in the years to come!

#1. Personal relationship of the couple

The personal relationship of this couple will not be a smooth journey at the start. They both will experience an adjustment phase, but after that it will be a bed of roses. With each passing day, they will fall in love more and more!

In this area, Vivek’s cards are very positive and indicate a happy-go-lucky nature at his end. He is a man of balance and he will be able to balance his relationship well.

Her cards suggest that she will need time initially for adjustment. The environment after marriage may be a lot different for her and she will take her time adjusting to it.

Must Read: Shahid Kapoor Discloses Mira Rajput's Only Condition Before Marrying Him

#2.Effect of marriage on career

There will be a positive shift in the couple’s career, post marriage. They will grow as an individual on the professional front.

Vivek will get added publicity and more projects this year. He may even get into production or any sort of partnership.

Divyanka’s cards suggest a time of resting in terms of career. She might experience initial delays, but later on everything will settle down, and her career will also surge to greater heights. She is likely to become more popular on the Indian television. 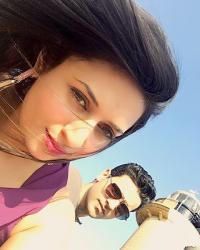 The long term goals may involve more of settlement and better career prospects.

According to Vivek’s cards, he might end up doing something related to production. He might as well get into a partnership that will not prove very fruitful in the long run. So, he should stick to acting only.

Later on in life, Divyanka might even decide to discontinue working in the industry and may stick to only small time roles. She really needs to be cautious and play her cards right.

While the tarot cards tell both positives and negatives of this relationship and what holds in the future for this couple, we only wish this happy couple the best of wishes! Stay tuned with us for all the latest updates on Divyanka and Vivek’s marriage.