This unseen picture of Hema Malini and Dharmendra with their grandson, Darien Vohra perfectly describes their bond and happiness. Check out the picture inside!

The moment your kids get married, you hope and pray to get the 'good news' really soon. Every now and then, you ask them to have a baby because the little ones turn out to be your bestest friend. Every nani, nana, dadi or dada waits for the day when they will hold their little grandchild in their arms and pamper them with love. A single moment spent with them brings the biggest smile on grandparents' face and they can give up anything to be in touch with them. Hema Malini and Dharmendra’s two daughters, Esha and Ahana are married and have been happily managing their families, and their kids give great pleasure to their nana-nani. (Also Read: When Riddhima Kapoor Was Smothered With Kisses By Late Father, Rishi Kapoor And Mother, Neetu Kapoor)

Bollywood actor, Dharmendra ji had tied the knot with the Dream Girl of Bollywood, Hema Malini on August 21, 1979. Dharam ji and Hema ji were blessed with a little angel on November 2, 1981, and had named her, Esha Deol and in the year, 1985, the couple had welcomed their second angel, Ahana Deol. While Esha is blessed with two daughters, Radhya and Miraya, her sister, Ahana is blessed with a baby boy, Darien Vohra. These three musketeers make a perfect world for their nana-nani. 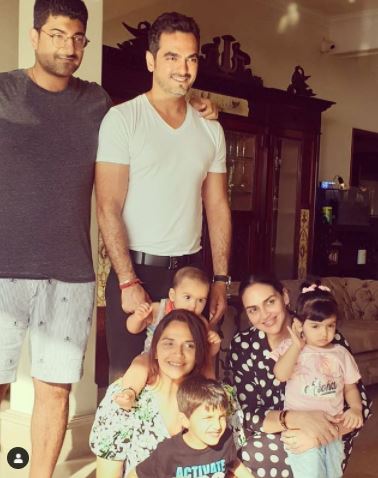 For every grandparent, their grandchildren are the apple of their eyes and same is the case with Hema Malini and Dharmendra as they sneak out moments to spend with Radhya, Miraya and Darien. Now, we have got hold of an unseen picture of Hema Malini and Dharam ji with their grandson, Darien Vohra and it’s too adorable for words. The picture looks like from some function as Dharam ji and Darien can be seen sitting on chairs, while Hema ji can be seen trying to hold Darien from behind. Hema ji and Darien can be seen twinning in yellow outfits and it looks like Darien’s some activity had amused his nana-nani as they can be seen enjoying his company. A few hours back, Ahana also took to her IG handle to share a picture of nani-dhewta and called them, "Partners in crime." In the picture, Hema ji and Darien can be seen involved with a cellphone. As Hema ji can be seen holding the cellphone, showing Darien something on it, the little kid too was engrossed with his nani, throwing one hand around her neck. (Don't Miss: Zeenat Aman Was Clueless About Dev Anand's Feelings For Her, Later, She Had Reacted Like This) For those, who don’t know, Esha and Ahana have grown up looking like twins and we have a proof of the same. Scrolling through our social media handle, we often stumble upon hidden treasures of our favourite celebrities. The unseen pictures and videos of celebrities make our heart jump with happiness. A few days back, we had gotten our hands on an unseen family picture of Dharam ji and his family and you could hear the song, “apne toh apne hote hain” playing in your head. In the family picture, we could see Dharam ji and Hema ji sitting on a couch, while their daughters, Esha and Ahana had hugged them from behind. Hema ji and Dharam ji had looked elated with the love showered on them by their daughters, Esha and Ahana, whereas the sisters had looked like twins. It was hard to distinguish in the picture, who was Esha and who was Ahana as they had looked exactly similar. 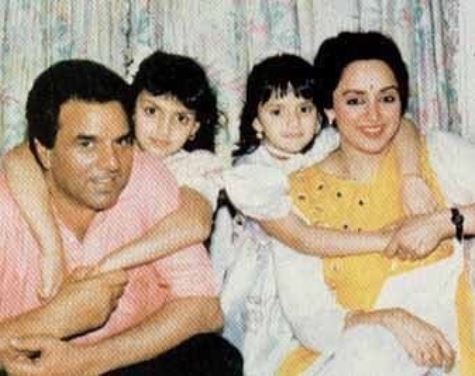 Talking about Esha Deol and Ahana Deol's relationship, the sisters are extremely close to each other. With hardly an age gap of over 4 years, this duo is more like BFFs than sisters to one another. It was World Sibling’s Day on April 11, 2019, and for the same, Esha had taken to her Instagram handle and had shared a throwback picture with her baby sister, as she had leaned on her. The picture had spoken volumes of sister-love and was captioned with an array of hashtags, which could be read as “#happyworldsiblingday #sistersforever #leanonme #throwbackthursday on some #outdoorshoot of mine in #newzealand I love u my one and only @a_tribe.” (Recommended Read: Hema Malini And Dharmendra Look Worried In This Unseen Picture From Daughter, Esha Deol's Wedding) 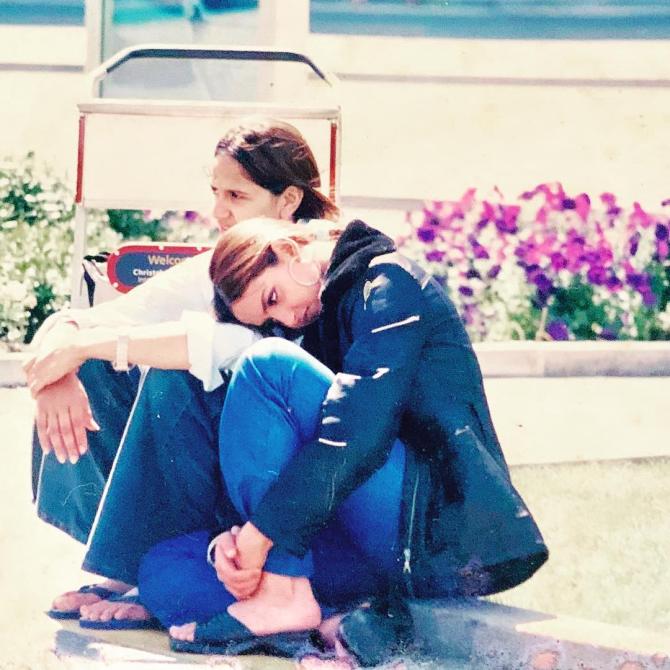