Scroll down and take a look at some of the TV celebs who kept their wedding under wraps.

Recommended Read: The Unusual Yet Cute Wedding Journey Of Chatterbox Bride And The Groom Who Patiently Listens

Shefali Sharma aka Bani married the creative supervisor, Vikas Sethi, of her show, Bani- Ishq da Kalma last year. It was a very secret affair as Shefali is a very private person and did not want any kind of interference in the wedding. Also, her new show was about to go on air. So, she was a little apprehensive about revealing her marital status as married actresses are not accepted well in the industry.

Angad had an arranged marriage with Pari and she is his mother's choice. Sounds normal. Right? What follows next will blow your mind. Before we met Angad as Alekh in Sapna Babul Ka...Bidaai, he was already married. He kept his marriage a secret from everyone, including the producer and director of the show because he did not want this fact to affect his following.

Just like Akbar, this Jodha is very secretive about her marriage. Rajat at least is clear on his marital status, but this queen is just mum about it. It is believed that Paridhi married Tanmai, who is Ahmedabad-based businessman. She got married two years ago and is not open about it because her director and producer have asked her to stay shut.

Must Read: TV Actress Sanaya Irani's Wedding Jewellery That Every Bride Will Fall In Love With

Sara Khan and Ali Merchant had a Nikah on the sets of Big Boss and the whole world saw. But, what most of us had no idea about is that they were married even before that. They got married in the presence of their families and close friends in 2009.

Also Read: Salman Khan Getting Married Soon, Here Are All The Details

Nobody had any idea that Vansh from Uttaran was already married. He kept his marriage to his childhood girlfriend under tight wraps. On the top of that, when he revealed about his marriage, he also told that he has a son with Neha.

Avinesh Rekhi, just like Angad Hasija got married before entering the entertainment industry. He got married on December 29, 2010. According to him, he did not tell anyone about it because he was not asked. Well, guess, we will have to accept it!

Must Read: Newlyweds Karan Singh Grover And Bipasha Basu Having A Great Time On Their Honeymoon

Aditya Redij and Natasha Sharma were the protagonists of the show Na Aana Iss Des Laddo and were very open about their relationship. When the couple declared their engagement in 2012, everyone was waiting for them to tell their wedding date as well, but their phone's display picture disclosed that they are already married.

Also Read: 12 Reasons Why It Is Important To Have 'The Talk' With Your Man Before You Tie The Knot

Jay and Mahhi were never afraid to share the fact that they are together. Whenever the question of wedding arised, they said that they have work commitments. Mahhi attended the wedding of their friend and the mangalsutra that she was wearing disclosed their wedding news. They later accepted that they got married on November 11, 2011.

Recommended Read: From A Secret Wedding To Remarrying In Style: The Fun-Filled Journey Of Jay Bhanushali And Mahhi Vij

These actors smartly kept their wedding a secret. Whatever the reason may be, we wish every couple a happy married life! 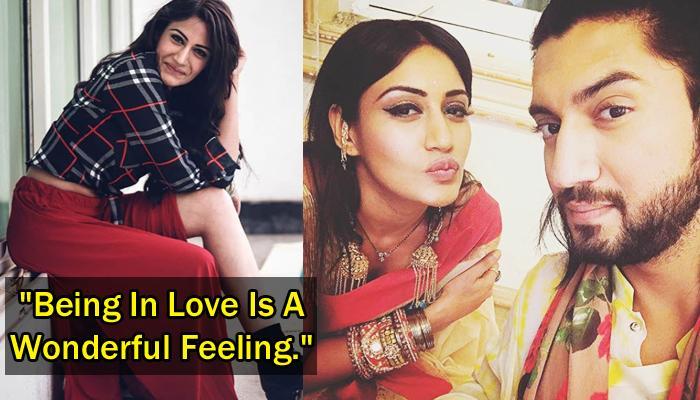 Anika and Shivayy from Star Plus’ famous soap opera Ishqbaaaz are one of the most loved on-screen couples. People are loving their chemistry on the small screen and their silly nok jhoks. But what you all might not know is that Anika aka Surbhi Chandna is in love in real