Embracing motherhood is the best feeling in the world and Esha Deol had felt the same twice. Today, she shared an unseen picture from her pregnancy photoshoot and we can't stop admiring her beauty.

The feeling of embracing motherhood can’t be expressed in words. The wait of long nine months comes to an end the moment you hold your little munchkin in your arms. The feeling is beyond words and can only be felt and is hard to explain in words. It is a new birth for a woman when she becomes a mother. Our B-town diva, Esha Deol had embraced motherhood twice and is a mother of two beautiful angels, Radhya Takhtani and Miraya Takhtani.

Esha Doel had tied the knot with Bharat Takhtani on June 29, 2012, and their love story seems to be straight from a Bollywood romantic movie. The love birds had embraced parenthood for the first time on October 20, 2017, when they were blessed with a little angel, Radhya Takhtani. And Radhya became a big sister, when the couple had welcomed their second child, Miraya Takhtani on June 10, 2019. (Recommended Read: Abhishek Bachchan Takes Care Of His Ex-Fiancee, Karisma Kapoor's Father, Randhir Kapoor At Airport)

Esha Deol Gets Her Hair Coloured Soon After Delivering Miraya Takhtani, Fans Express Concern Over It Esha Deol had made sure that she enjoyed her pregnancy phase to the fullest. She had flaunted her pregnancy glow like a pro and had been sharing her baby bump pictures on her social media handles. Today (October 4, 2019), Esha took to her Instagram handle and shared an unseen picture from her pregnancy photoshoot in Greece with her doting hubby, Bharat Takhtani. Take a look at the adorable picture, which looks straight from heaven: Esha and Bharat had chosen unique names for their beautiful angels. In an interview with Mumbai Mirror, Esha had revealed how her younger daughter, Miraya’s name is connected to her big sister, Radhya’s name. Esha had stated, “When Lord Krishna worships Radha, it’s called Radhya, while Miraya means a devotee of Lord Krishna. Both the girls have that in common and I love how Radhya and Miraya sound together.” To make the big announcement of her pregnancy for the second time, Esha had shared a picture of Radhya on her Instagram handle and had penned, “I’m being promoted to ‘Big Sister’." 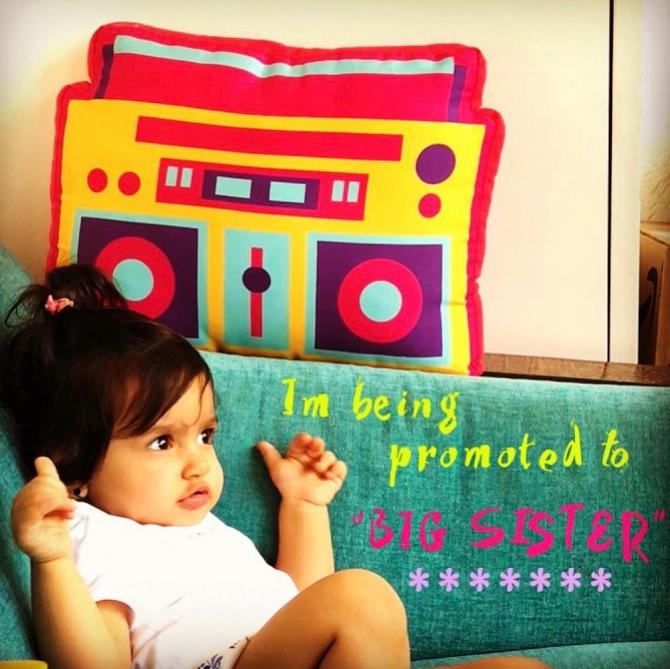 In an interview with a leading newspaper, Esha had shared that she and Bharat had always wanted a second child. She had revealed, “Both of us definitely wanted another baby as we grew up with siblings and wanted the same fun company for Radhya. The timing happened by the grace of God.” After the birth of her elder daughter, Radhya, Esha had revealed how she feels about the new chapter in her life and remarked, “Motherhood has also made me imbibe a lot more energy, and the yearning to live life to its fullest. I feel a huge chapter of my life has just started with the arrival of Radhya. Looking into her eyes, I understand why mamma's eyes light up every time she sees Ahana and me.” (Suggested Read: Radhika Merchant Steps Out In A No Makeup Look And Proves 'Beauty Is In Simplicity') Esha Deol feels that motherhood has changed her as a person. Earlier, in an interview with The Times Of India, Esha was quoted as saying, “It has definitely matured me up in a big way. Having your own child makes you grow up overnight. This is the first time I am experiencing unconditional love in the purest form. I thank God every day for giving this beautiful little child who calls me maa and when she says my name, my heart just melts.” 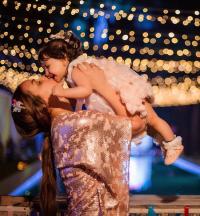 She had further added, “In every step in my daily routine. She is the most amazing woman to have at home, whom I can call my mother. I am blessed to have a mother like her whom the entire nation looks up to. The fact she can get inspired by a topic like Ganga and create an entire dance ballet, giving a beautiful message to our nation, get it on stage to perform with all these dancers, it’s amazing. I wish my maa all the best pray she may continue to be an inspiration to all of us.” 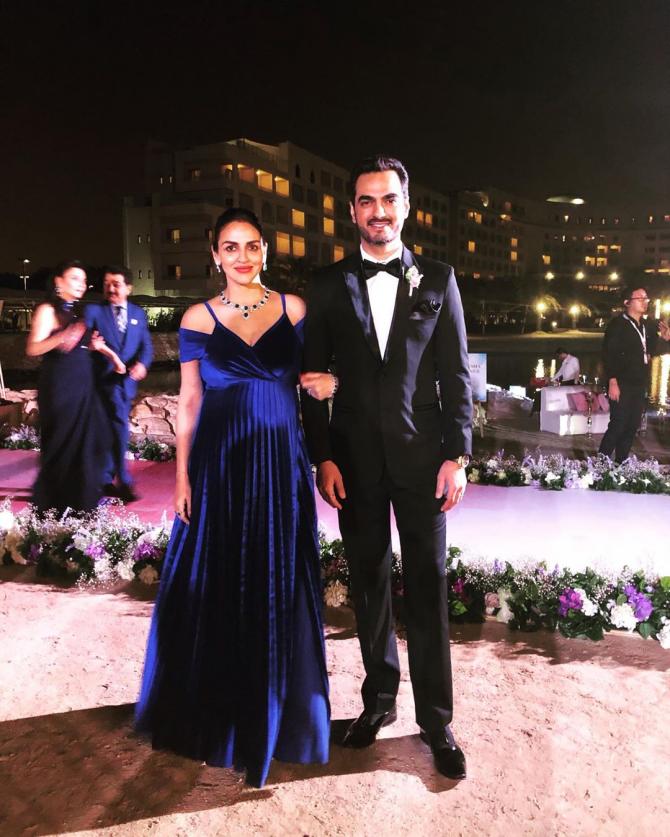 In a throwback interview with India Today, Esha had expressed the sense of joy, she feels as a mother and had stated, “Mamma loved doing things for Ahana and me, and today I understand that sense of joy when I dote and fuss over my little one. It is something that makes you feel complete as a mother. Beautiful Radhya fills up my days and nights. Both Bharat and I are extremely fortunate to be blessed with her in our lives. Radhya is bubbly and always smiling. Sometimes she does mischievous things that instantly bring back memories of my own antics as a child.” 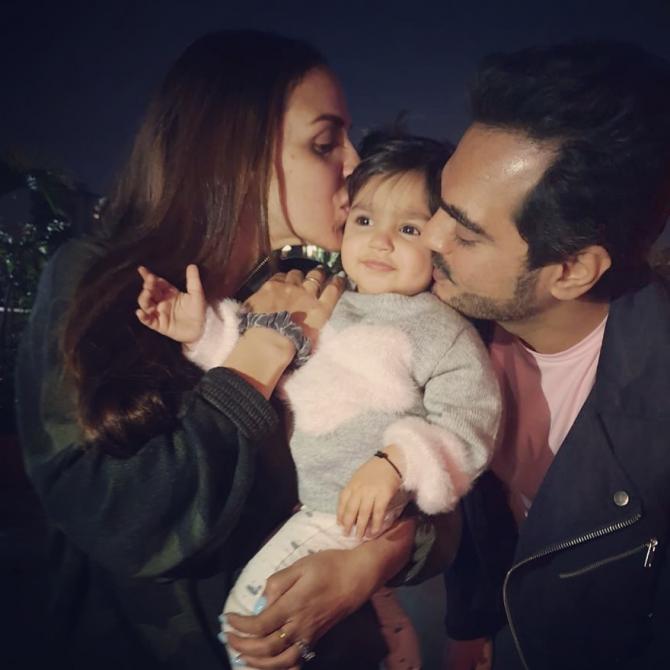 Radhya and Miraya keep Esha on her toes every single time and explaining the upsides of having two kids, Esha was once quoted as saying, “My sister and I shared a room for a long time, and so did my husband and his younger brother. We are going to get the girls to share the nursery that Noorien (Jumani, interior designer) had designed for us earlier. Now, she has tweaked the interiors to make room for Miraya. The girls are going to share a lot of things, from doll houses to clothes. We are also getting a playroom ready.” (Must Read: Muskaan Kataria Of 'Nach Baliye 9' Accuses Her Ex-Boyfriend, Faisal Khan Of Cheating On Her Twice) 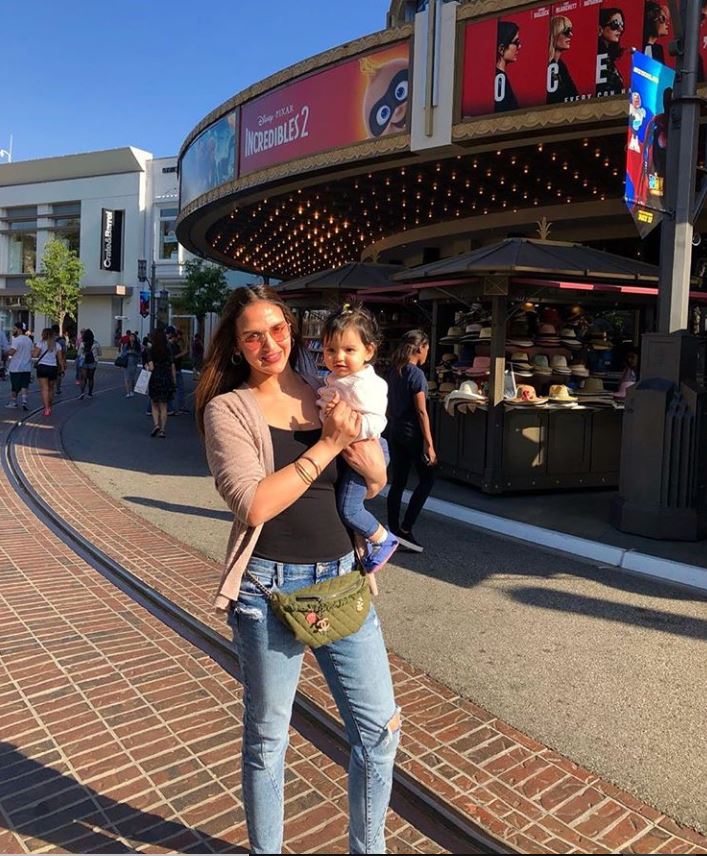 We love the unseen picture from Esha Deol’s pregnancy photo shoot. What about you? 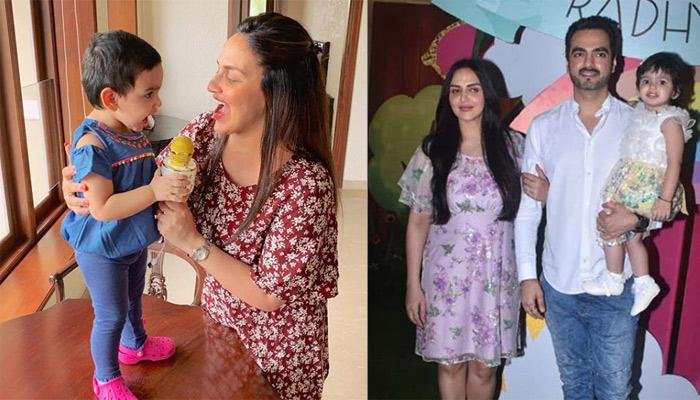 Embracing parenthood is the purest feeling in the world and it is a series of endless events taking place in your life. Raising your little munchkin with full power becomes your goal and you look forward to planning everything possible for your child. Our Tinseltown mommy, Esha Deol is also